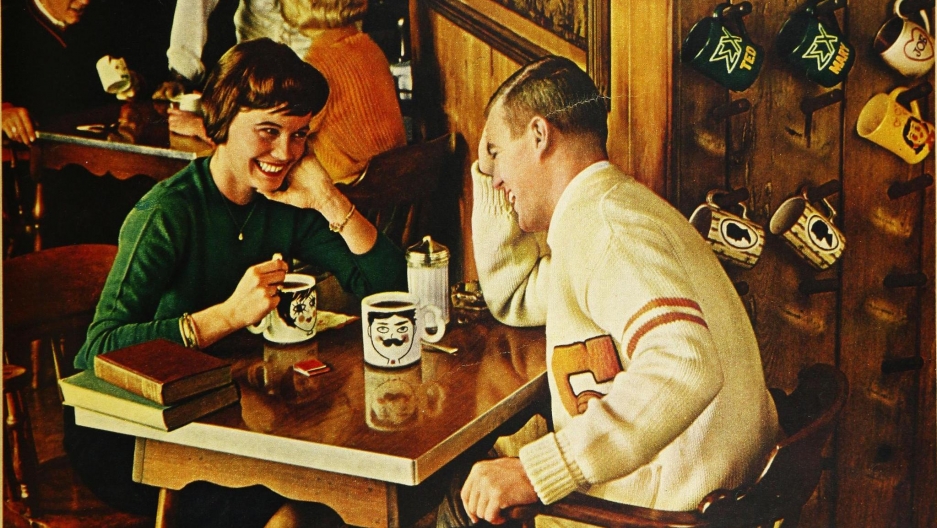 A magazine advertisement for the “Mugmates” campaign from April 1961.

Jukeboxes in the early ’60s were filled with songs about teenage dance crazes, from “The Twist” to “The Locomotion” to “The Mashed Potato.” In most cases, it’s unclear which came first — the dance fad or the song about the dance fad.

But even more mysterious is a bizarre 1961 teen pop single that never made a dent in the charts. Eddie Hodges’ “Mugmates” claims that the latest teenage craze was ... matching coffee mugs. Instead of carving initials in oak trees, high school couples were supposedly decorating pairs of mugs to show that they were going steady. 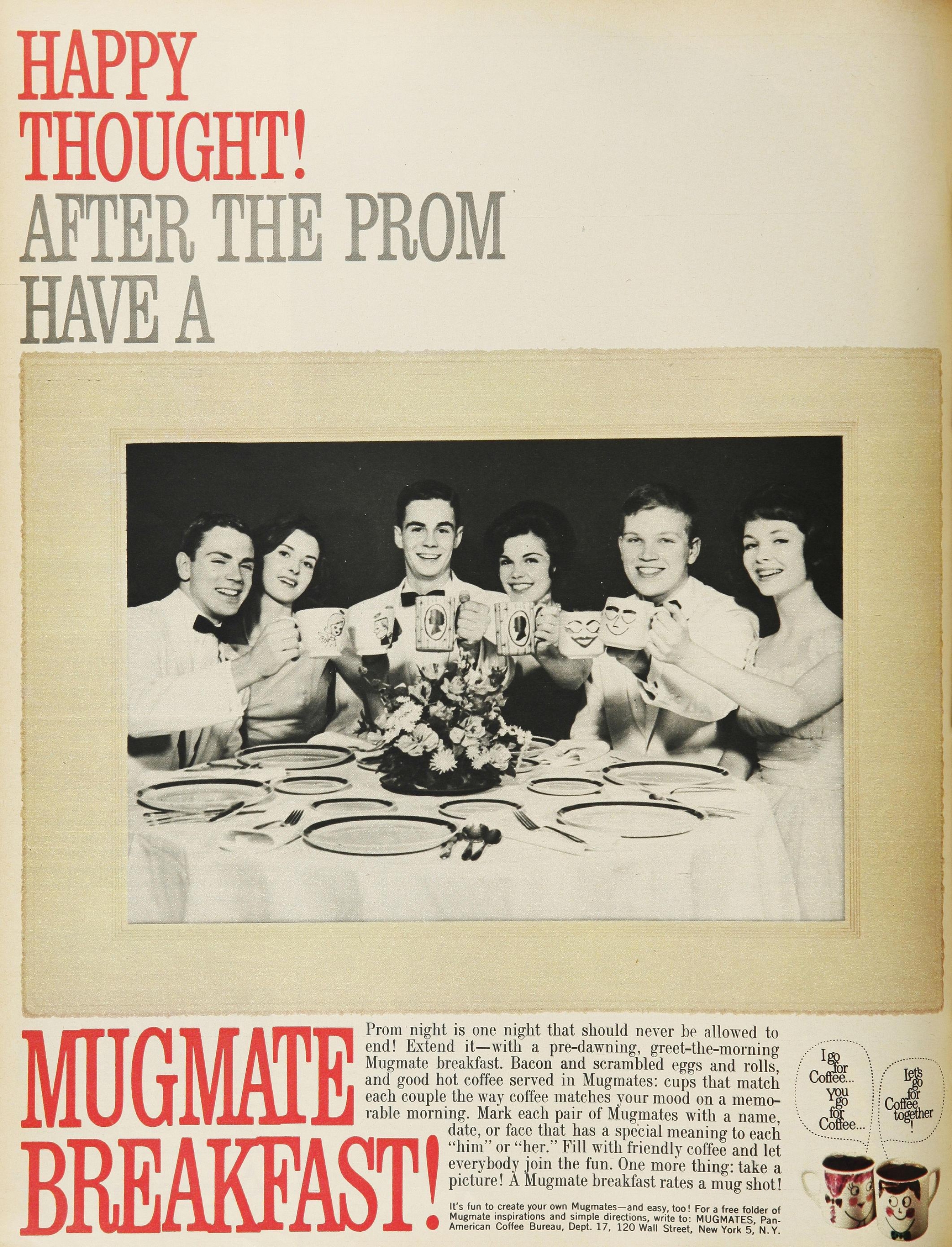 A magazine advertisement for the “Mugmates” campaign from May 1962.

Was there really a “Mugmates” craze among 1960s teens? And if not, why would somebody want to make it into a craze? Evan Chung set out to solve the mystery. As he discovers, the “Mugmates” story is actually a tale of international coffee industry anxiety, social engineering, advertising wars and the birth of teenage culture. 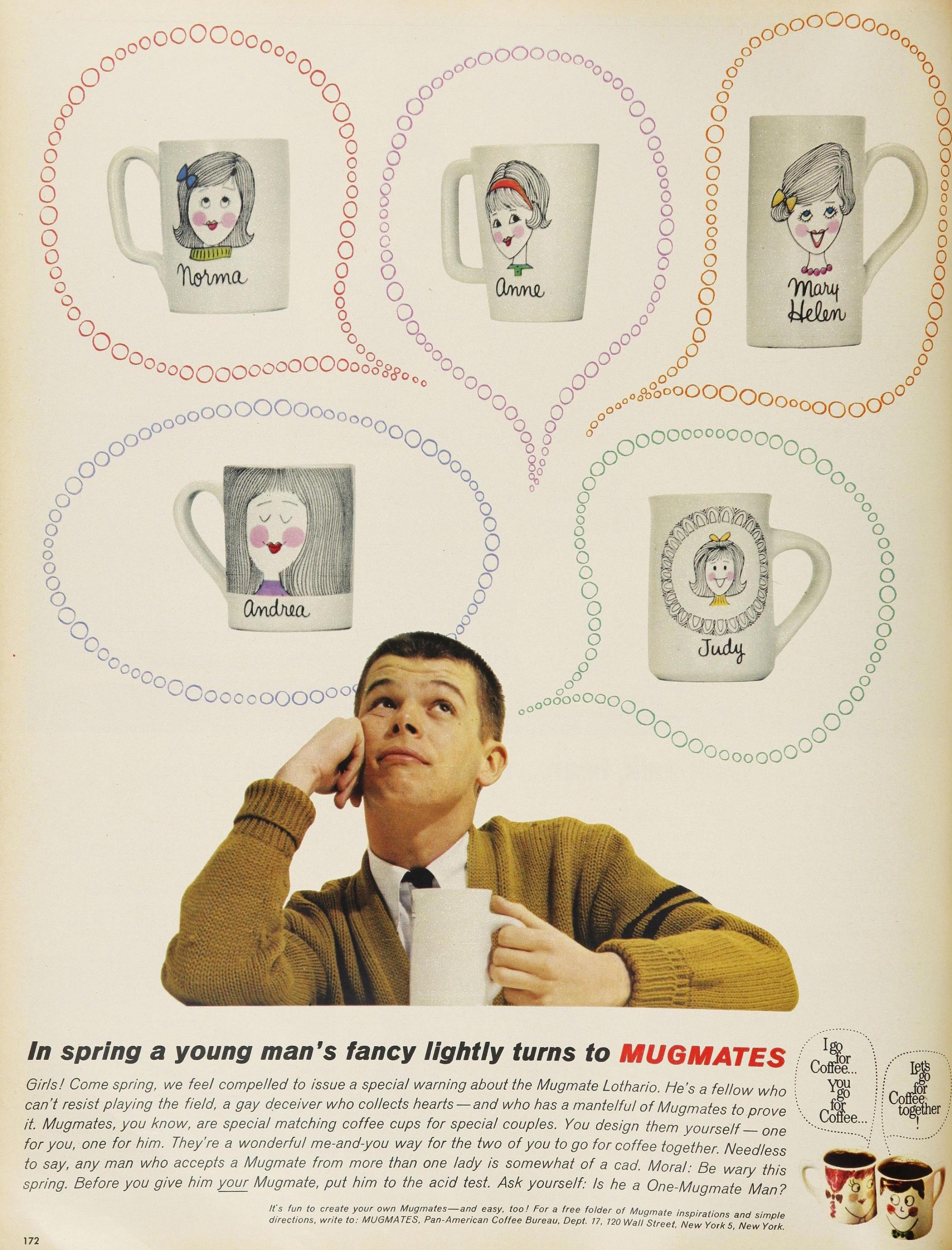 A magazine advertisement for the “Mugmates” campaign from April 1962.

Helping Evan along the way are Mark Pendergrast, author of “Uncommon Grounds: The History of Coffee and How It Transformed Our World,” Julie Mennella of the Monell Chemical Senses Center and the “Mugmates” singer himself, Eddie Hodges. 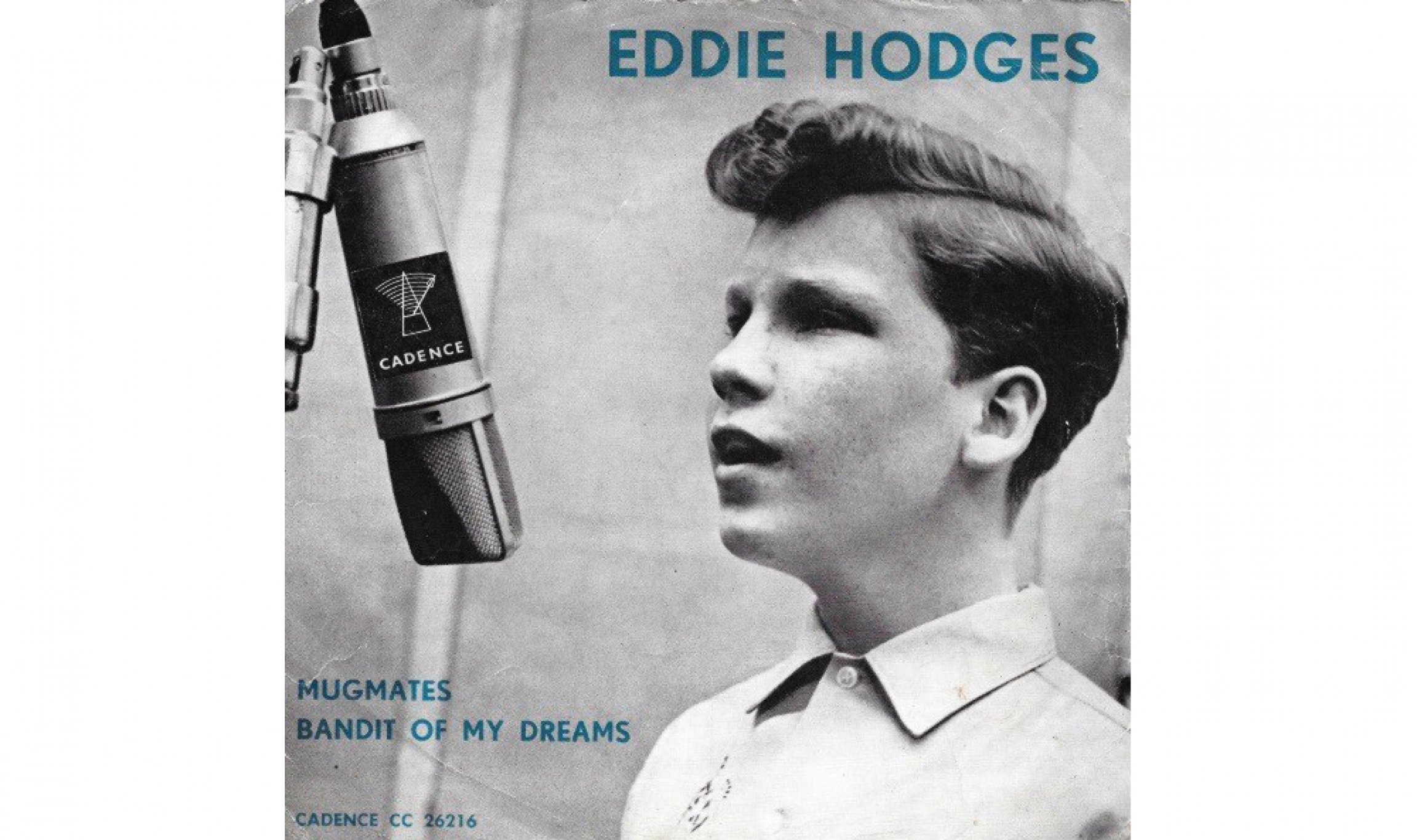 Other “Mugmates” renditions from Japan and Australia: