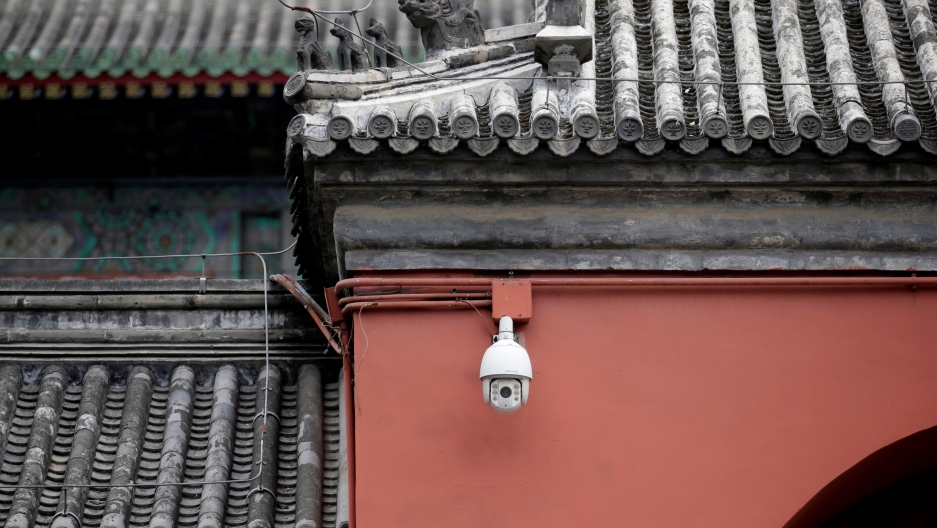 A Hikvision surveillance camera is seen on the Drum Tower in downtown Beijing, China, June 19, 2019.

The Chinese social credit system has been given an unequivocally negative reception by the media in the West. Set to be rolled out nationwide in 2020, the system has even been described by one journalist as China’s “most ambitious project in social engineering since the Cultural Revolution."

On the surface, this reaction is understandable. Once the system is fully implemented, Chinese citizens will be given a social credit score based on their deeds. For example, failure to pay a court bill or playing loud music in public may cause a low score.

This score can dictate what rights people have. Those on the “blacklist” are prevented from buying plane or train tickets, for instance, as well as working as civil servants or in certain industries.

The fact that big data and facial recognition technology will be applied for the purpose of monitoring citizens raises various human rights concerns. Not surprisingly, the scheme has been described as a “digital dictatorship” and a “dystopian nightmare straight out of 'Black Mirror'."

But what these accounts lack is a sense of how the system is perceived from within China, which turns out to be rather complicated. My 16-month ethnographic study found that ordinary Chinese people perceive and accept the system differently — and most of them seem to welcome it.

The study, which I carried out in 2018-2019, examined the use of digital devices, such as smartphones, in Shanghai. Ethnography tries to minimize “artificial” encounters, such as surveys and interviews, in favor of being present with people in their everyday lives. My study was designed to gain a holistic understanding of ordinary Chinese people’s daily lives, with a particular focus on digital engagement, which at times included dealing with big issues such as state digital surveillance. I let people talk freely about their feelings and ideas.

I spoke to around 500 people and I spent at least 15 hours with around a third of these. Conversations about the social credit system came up naturally rather than through direct questioning.

Contrary to what many people in the West believe, in private and during informal talks among friends, ordinary Chinese are not shy or concerned about expressing their opinions about politics.

"Living in China… you have to be always on guard against others, as pits of fraud are everywhere."

These are the words of Mr. Zhu, a man in his 40s. He was explaining his reluctance to let his mother use a smartphone, as she may fall prey to online scammers. He was not alone in worrying about what is seen as an intensifying crisis of public morality. Another research participant (the mother of a newborn baby searching for a nanny) ended up installing secret cameras at home to help her choose a trustworthy one.

The people I spoke to seemed less concerned about giving up some privacy if it meant a significantly higher degree of security and certainty. And a lot of the people I spoke to perceived the new social credit system as a national project to boost public morality through fighting fraud and crime and combating what is currently seen as a nationwide crisis of trust.

China has experienced a rising number of fraud cases and scams, as well as major scandals in the food safety and pharmaceutical industries. There is a widely held consensus that the punishment for these offenses is not enough to deter re-offending, with people committing crimes in one province and setting up a business in another the next day, with few consequences. Some believe the social credit system will remedy this through the blacklisting system.

There is also another narrative which says that Western society is “civilized” because of a long-existing credit system. But this narrative is largely based on an imagined version of Western society. And many assume that the idea of a social credit system in China was actually imported from the West.

Penyue, a retired teacher, complained about “uncivilized” deeds, such as spitting or littering in public and said, “Things in the West are better because they have a mature credit system, right?”

Some see it as the equivalent of the more established concept of “creditworthiness” or getting a good “credit” score (but in the moral, as opposed to the financial sense). There are many apocryphal stories linked to this myth, including one about a Chinese graduate who finds herself outside China in a Western city and, despite being qualified, cannot secure a job because of her past record of fare dodging on trains (an offense which stayed on her credit record).

The point of the story is that in Western societies, people who break even minor rules won’t be accepted (no matter how qualified), as there are consequences. Stories like this use “the West” as a moral showcase of what a “civilized” society should be.

These stories may be false, but they are true reflections of a commonly held belief that the problem was created by individualism and modernity in China and that the West dealt with the transition to modernity more effectively. China’s own transition from an agricultural collective society (where people always knew who they were dealing with) to a modern one characterized by reliance on strangers is ongoing, and people believe that navigating this requires guidance.

The sky is watching

The erosion of mutual trust is also attributed to Mao Zedong’s Cultural Revolution, a turbulent period characterized by everyone denouncing everyone else, including friends and family. So citizens see there is a need for mechanisms that enable people to take full responsibility for, and be judged by, their deeds.

Chinese citizens have also tended to view life itself as credit, and often refer to an old saying: “People are doing things, and the sky (tian) is watching.” This means that whatever one does, there is always a record of their deeds in the sky. The karma system is the standardization of the relationship between human beings and supernatural powers. One can earn points by doing good deeds, but these can also be easily squandered through bad ones.

I am not trying to adjudicate whether it is appropriate for modern China to play the role of tian, but it is important when writing about these developments to appreciate the way they are understood within Chinese society and why attitudes there might be quite different from what people in the west might assume.

Xinyuan Wang is a research associate in the department of anthropology a University College London.