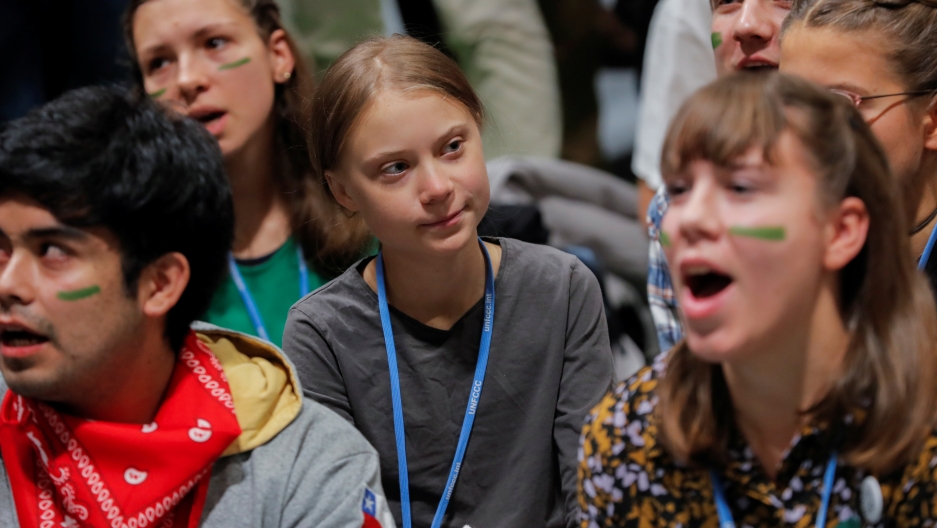 The COP25 United Nations climate talks in Madrid went into overtime but ended Sunday, Dec. 15, without major progress on key issues. The result sparked fury from activists who say world leaders are not taking the threat from climate change seriously.

“COP25 has failed us,” said Dylan Hamilton of the youth movement Fridays for Future, which has organized protests with millions of people around the world to demand more action on climate change.

Representatives from nearly 200 countries arrived in Madrid on Dec. 2 with relatively modest ambitions. Negotiators hoped to tie up loose ends in the “rulebook” governing the Paris climate agreement, and they hoped to lay the groundwork for 2020, when countries are expected to submit new climate targets and pledge deeper cuts in carbon emissions.

On Dec. 15, after two marathon overnight negotiating sessions took the talks nearly 48 hours past their original Friday deadline, the conference adjourned without much to show on either front.

The results prompted a sharp tweet from UN Secretary-General António Guterres, who wrote that he was “disappointed.”

“The international community lost an important opportunity to show increased ambition,” Guterres tweeted. “But we must not give up, and I will not give up.”

I am disappointed with the results of #COP25.

The international community lost an important opportunity to show increased ambition on mitigation, adaptation & finance to tackle the climate crisis.

Here are some key takeaways.

One major question for this conference was whether delegates could build momentum heading into 2020 — when nations are expected to release new, more ambitious climate targets.

“We’re sort of on the threshold of a room called 2020, and the question is whether countries are going to tiptoe into that room or whether they’re going to go into that room with some real force and purpose behind them."

“We’re sort of on the threshold of a room called 2020, and the question is whether countries are going to tiptoe into that room or whether they’re going to go into that room with some real force and purpose behind them,” said David Waskow of the Washington, DC-based think tank World Resources Institute (WRI).

Under the Paris agreement, countries have said they will prevent global warming of more than 2 degrees Celsius above pre-industrial levels — and scientists have warned that 1.5 degrees are a safer target. Current national pledges to cut greenhouse gas emissions wouldn’t meet either goal, so advocates are pushing for countries to announce deeper cuts next year.

By the conference’s close, 80 countries had committed to increasing their targets in 2020, but together they account for just over 10% of global emissions. Most of the world’s largest emitters — including China, the US, India, Russia and Japan — have so far declined to make any commitment heading into next year.

“To not see ambition from the richer countries and the major emitters is just deeply immoral, frankly."

“To not see ambition from richer countries and the major emitters is just deeply immoral, frankly," said Rachel Cleetus, of the Union of Concerned Scientists.

During an unusually pointed back-and-forth on Saturday, Dec. 14, nation after nation insisted the talks would be a failure if the final decision did not explicitly call for new, more ambitious targets in 2020.

“The world is watching,” Norwegian environment minister Ola Elvestuen said, to applause. “This meeting has to show that we have the will to do what is necessary.”

Ultimately, countries did manage to salvage some agreement, adding language that “urges” countries to step forward next year.

“It’s imperfect,” said Waskow, of WRI. “But this does definitely set down a very helpful marker.” 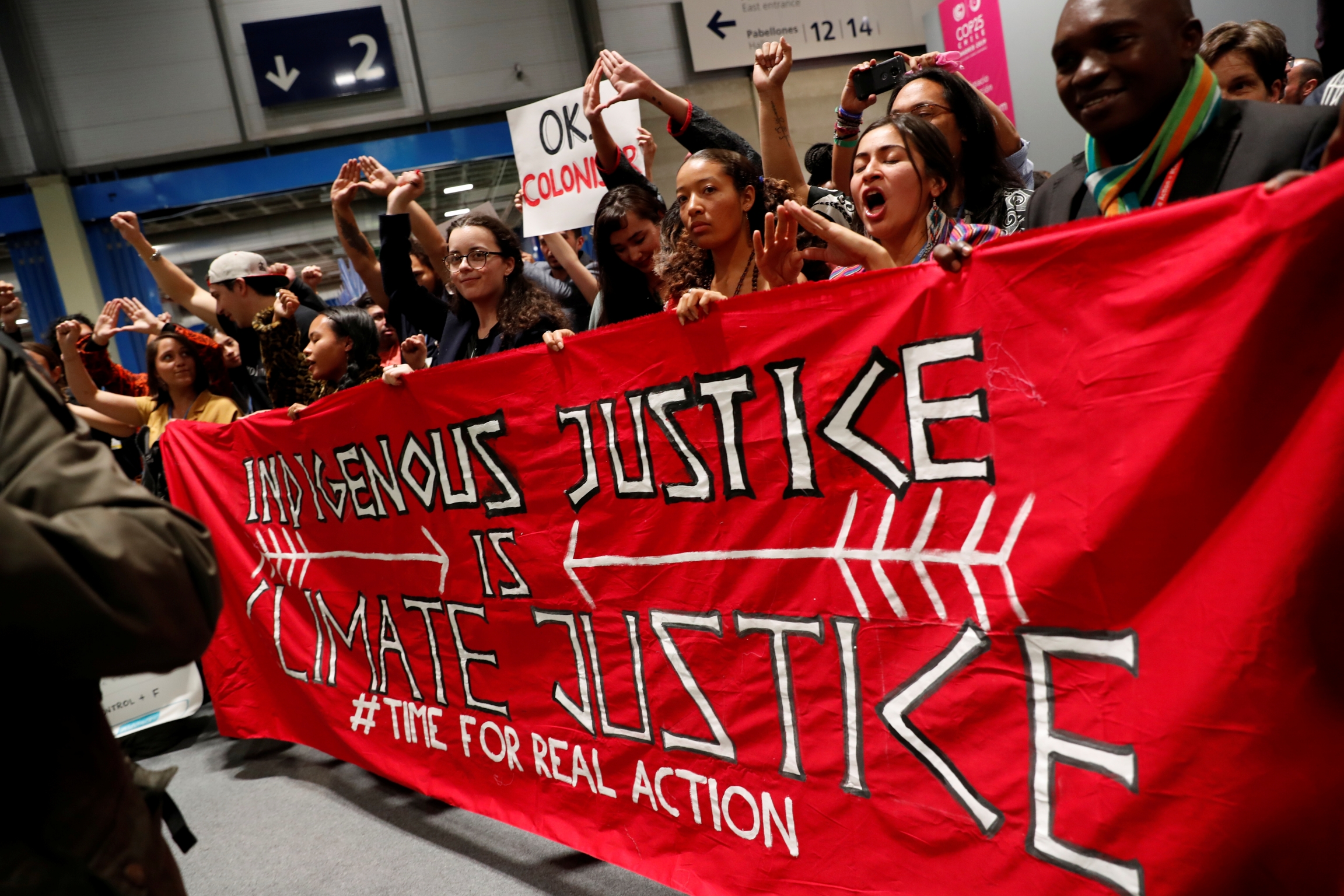 The European Union steps up

The European Union provided one bright spot for climate advocates, with two announcements from Brussels timed to coincide with the conference.

On Wednesday, Dec. 11, the new European Commission released its European Green Deal, a plan to reshape the bloc’s economy to become carbon neutral by 2050. On Friday, member states formally endorsed that 2050 goal — with an exception for Poland, the EU’s most coal-dependent member.

The news was greeted with relief in Madrid. Many observers hope the EU will take on a leadership role as negotiations head into 2020 — especially now that the US is withdrawing from the Paris agreement.

Laurence Tubiana, chief executive officer of the European Climate Foundation and a key architect of the Paris agreement, said the EU announcement proved that the international process is working, even if progress is slow.

“The fact that the first trading bloc at [the] world level decided they will be climate neutral by 2050 ... it’s the result of Paris,” Tubiana said. “If not, they would not have done that.” 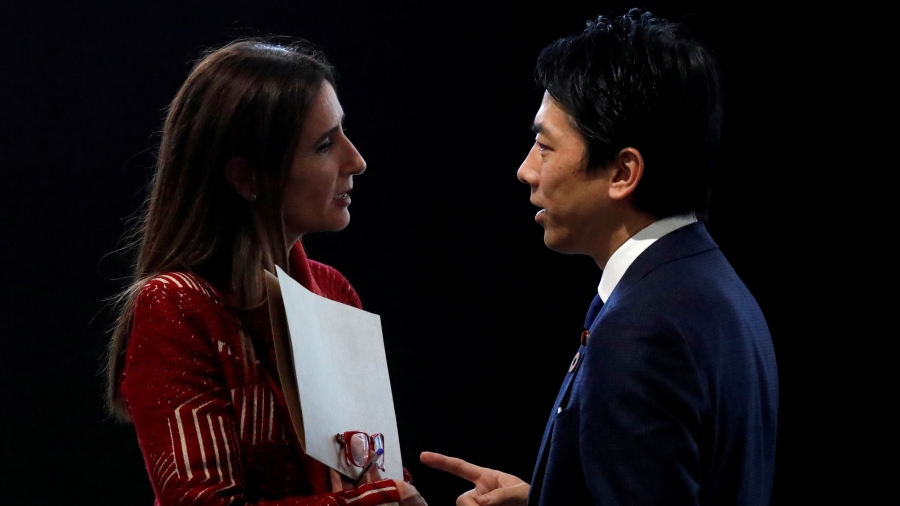 No agreement on carbon markets

No issue has bedeviled climate talks more over the past two years than the question of how to set up and regulate international carbon markets, which allow countries to buy or trade credits based on their emissions reductions. The topic was so controversial last year that delegates postponed a decision, and resolving those issues was a primary goal for this year’s meeting.

A coalition of countries, including the EU, argued that proposals from nations like Brazil and Australia threatened to undermine the entire Paris agreement. One such proposal would allow countries to meet their climate targets using credits created under an earlier agreement, the Kyoto Protocol, which are widely regarded as deeply flawed.

Frans Timmermans, vice president of the European Commission, stressed that the EU would prefer no deal to one that allowed such loopholes.

“Let me be crystal clear about this,” Timmermans told reporters on Friday. “There is no way — no way — we could accept a compromise that jeopardizes environmental integrity.”

Frustration with the US

A major theme of this year’s talks was the impact of the Trump administration’s decision to withdraw from the Paris climate agreement. That decision will take effect Nov. 4, 2020 — one day after the presidential election.

Seyni Nafo of the African Group of Negotiators noted that only one major emitter is pulling out of the Paris agreement, though he declined to name names.

The US is the second-largest emitter of greenhouse gases, one of the largest past contributors to climate-financing for developing countries, and a powerful player in the negotiations.

Observers said one reason some countries are unwilling to come forward with new targets is that they are waiting to see what the US will do, especially after the 2020 election.

A coalition of US states, cities, businesses and other organizations have stepped in to try to ensure the US will meet its current targets under the Paris agreement. But ultimately, observers and negotiators alike stressed that there is no substitute for the US federal government.

Frustration boiled over in the conference’s closing plenary, when Ian Fry, representing the Pacific Island nation of Tuvalu, called out the US for blocking action on funding for climate impacts in vulnerable countries. He called the US position an effort to “wash their hands” of responsibility for assisting countries facing climate impacts.

“There are millions of people all around the world who are already suffering from the impacts of climate change. ... Denying this fact could be interpreted by some to be a crime against humanity.”

“There are millions of people all around the world who are already suffering from the impacts of climate change,” Fry said. “Denying this fact could be interpreted by some to be a crime against humanity.”