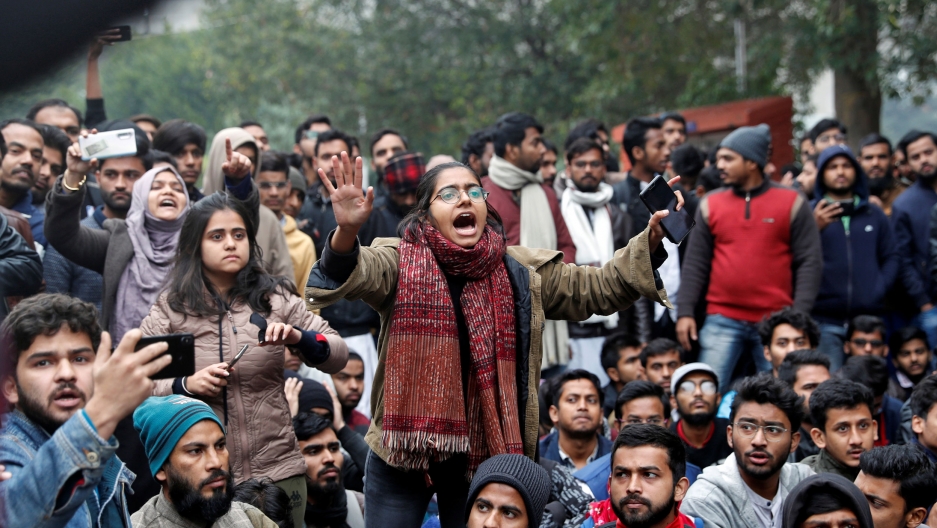 A student of the Jamia Millia Islamia university reacts during a demonstration after police entered the university campus on the previous day, following a protest against a new citizenship law, in New Delhi, India, Dec. 16, 2019.

Students pelted stones at police who entered college campuses as protests over a new Indian citizenship law based on religion spread Monday.

Critics of the new citizenship law said the Hindu nationalist government was pushing a partisan agenda in conflict with the country's founding as a secular republic.

Anger with Prime Minister Narendra Modi's government was fueled by allegations of police brutality at Jamia Millia Islamia university on Sunday, when officers entered the campus in the capital New Delhi and fired tear gas to break up a protest. At least 100 people were wounded.

There were similar scenes at the Aligarh Muslim University in the northern state of Uttar Pradesh, where police also clashed with protesters.

Under the law passed by parliament last week, religious minorities such as Hindus and Christians in neighboring Muslim-majority Bangladesh, Pakistan and Afghanistan who have settled in India prior to 2015 will have a path to citizenship on grounds they faced persecution in those countries.

Critics say the law, which does not make the same provision for Muslims, weakens India's secular foundations.

The head of Jamia Millia demanded an investigation into how police were allowed to enter the campus. "It is not expected of the police to enter the university and beat up students," Najma Akhtar told a news conference.

Students said police fired tear gas and windows were broken in the library. They ducked under desks and switched off the lights as advised by teachers.

Hundreds of people gathered outside the New Delhi police headquarters to protest against alleged police brutality and the detention of students. Police said they acted with restraint.

Rahul Gandhi, the leader of the main opposition Congress party, said the Modi government was dividing up Indian society through the citizenship law and a plan to launch a national citizenship register.

"The best defense against these dirty weapons is peaceful, non-violent Satyagraha," he said in a tweet referring to the strategy of passive political resistance advocated by independence leader Mahatma Gandhi. 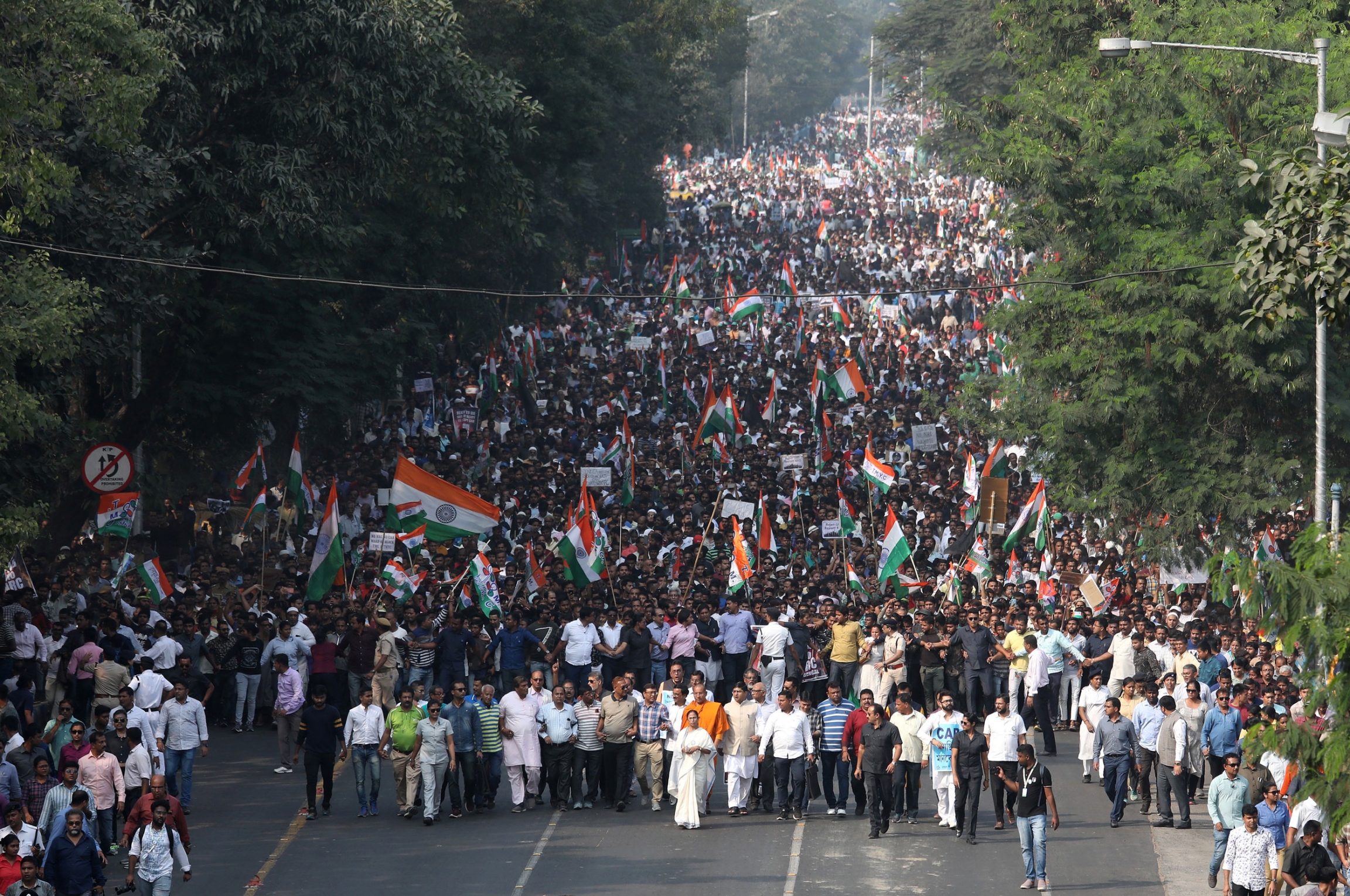 Mamata Banerjee, the chief minister of West Bengal, and her party supporters attend a protest march against the National Register of Citizens and a new citizenship law, in Kolkata, India, Dec. 16, 2019.

The most violent protests during the past few days took place in the northeastern state of Assam, where mobs torched buildings and train stations, angry the law would help thousands of immigrants from Bangladesh become lawful citizens. At least two people were killed.

Protests were held in Mumbai's Indian Institute of Technology and Tata Institute of Social Sciences overnight and on Monday and more were planned at Bombay University and in the southern city of Bengaluru later in the day.

Some Bollywood celebrities like actress Konkona Sen Sharma, and directors Mahesh Bhatt and Anubhav Sinha, also criticized the police action on Twitter and called on others to speak up.

"We are with the students! Shame on you @DelhiPolice," Sen Sharma tweeted.

Modi has said the law has been passed by parliament and there is no going back on it. He told a rally on Sunday the decision was "1000 percent correct".