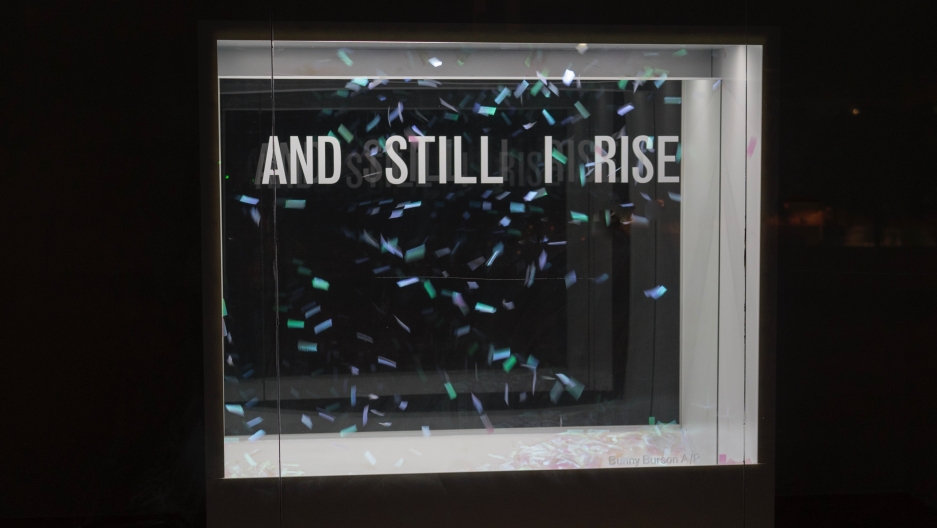 Bunny Burson's installation "And Still I Rise" at the Bruno David Gallery in St. Louis, MO

When Hillary Clinton was poised to become the first woman elected president of the United States last year, her campaign chose the Jacob Javits Center in New York City as its election night headquarters because of its symbolic glass ceiling.

Clinton famously used the well-known metaphor in her 2008 concession speech, a reference that continued to be a battle cry throughout her 2016 run.

St. Louis-based artist Bunny Burson spent months campaigning for Clinton, making phone calls and going door-to-door getting people to register to vote. She was at the Javits Center anticipating an historic win and an elaborate celebration that never happened.

The next day, Burson got a tip that the unused confetti that had never been deployed from the air cannons on election night was being packed up into boxes. She decided she had to track it down. After weeks of making phone calls, she finally located the confetti — all 200 pounds of it — and used it in a mixed-media installation, “And Still I Rise,” that allows viewers to imagine the feeling of Election Night, had Hillary been elected president.

Burson heard from people all over the country who had seen images of her installation in St. Louis and wished they could have seen it in person.
She’s making a thousand smaller snowglobes using the same confetti to send to people inspired by the project, with proceeds going to Planned Parenthood, one of the organizations supporting women’s health that the Trump administration has vowed to defund.

“Confetti usually is a medium we associate with happy times and celebrations,” says Burson, “and I'll be honest — a lot of people who came to see this installation ... said ‘oh this is so sad.’ But for me, using it in the way that I'm using it, I feel like it still has that same resonance that it's about the future." 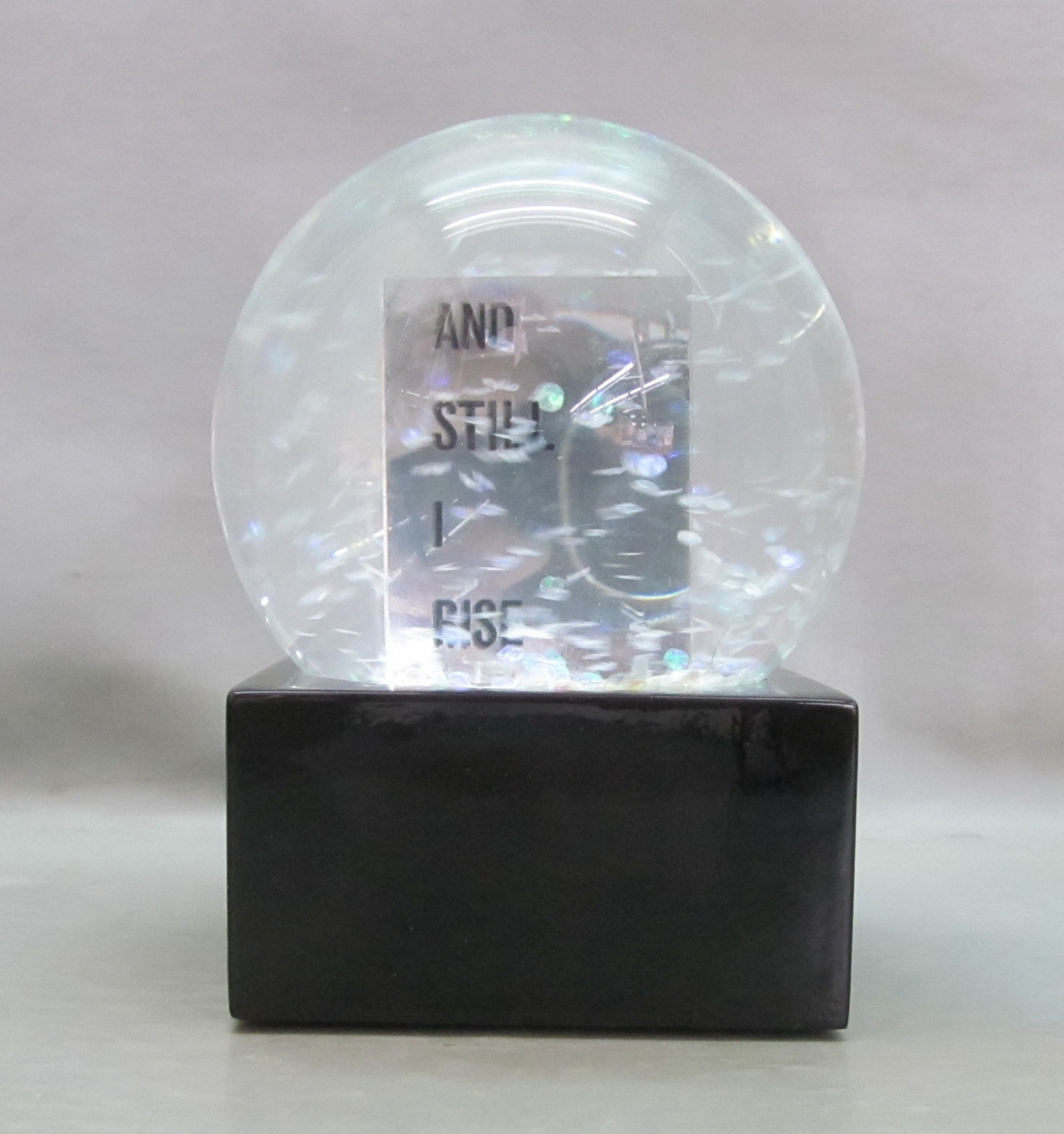