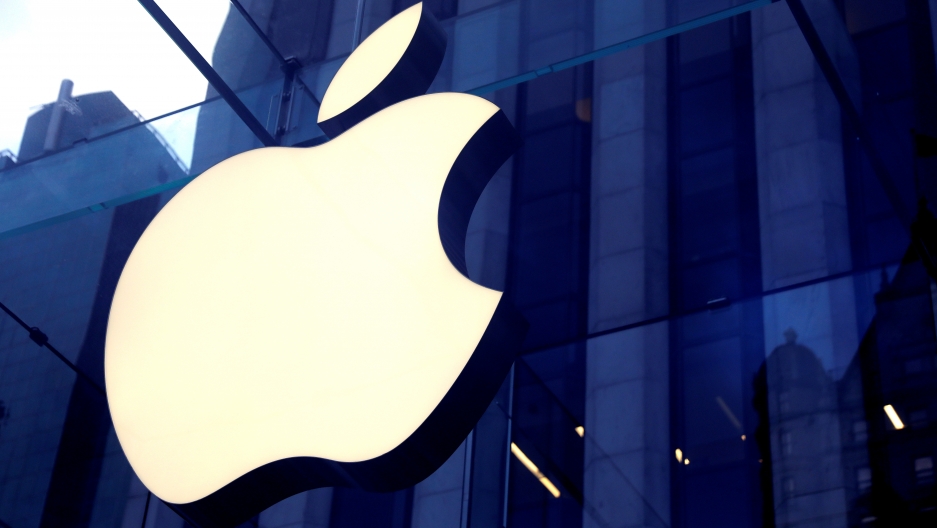 The Apple Inc. logo is seen hanging at the Apple store on 5th Avenue in Manhattan, New York, U.S., October 16, 2019. Apple recently began displaying Crimea as Russian territory in some locations on its Maps app.

Russia illegally annexed the Crimean peninsula from Ukraine in 2014. Much of the world still does not recognize the annexation.

Russia and Apple have been in talks over the past several months after the Russian government complained of "inaccuracy" in the apps.

Apple spokeswoman Trudy Muller told Reuters last month that Apple has not made any changes to its maps outside of Russia. She said the tech giant made the change for Russian users because of a new law that went into effect in that country dictating that Crimea needed to be labeled as Russian territory.

“We review international law as well as relevant US and other domestic laws before making a determination in labeling on our Maps and make changes if required by law,” Muller said. “We are taking a deeper look at how we handle disputed borders in our services and may make changes in the future as a result.”

The Ukrainian government has denounced Apple for the changes. Though when people use Apple Maps and Weather in Ukraine and the rest of the world, Crimea remains labeled as Ukrainian territory.

Mick Ashworth, a cartographer and author of "Why North Is Up: Map Conventions and Where They Came From," spoke to The World's Marco Werman about the challenges of map-making when disputes exist between two countries.

Marco Werman: What is the normal protocol for creating maps of areas with disputed borders?

Mick Ashworth: The primary considerations are just what is happening on the ground, largely. You've got to consider a lot of sensitivities. There are obviously sensitivities on both sides of a geopolitical or territorial dispute. Cartographers generally would tend to look at what the de facto situation is; what's actually happening on the ground. They'd look at how widely recognized that territory is and the definition of its boundary. They'd also consider the view of where they're publishing their maps. They'd look at the view of their own governments, as well, which could vary from publishing domain to publishing domain.

So when you see these kinds of disputes, like outside of Crimea, how are they usually handled?

Well, they're dealt with as fairly and as neutrally as possible. I edited "The Times Atlas of the World" for a long time, and we had to be incredibly careful in how we represented things and be careful not to upset too many people. You can't please everybody all of the time, obviously. There is an interesting aspect to this Crimea story now. There's a lot more flexibility within the digital realm for Apple and Google to show things differently depending on where their users are logging in.

When it comes to national borders, what are some of the strangest borders you've seen lately in maps?

There's so many that are contested in one way or another. The more you look into where boundaries came from, the more you see why there are issues now. I've been looking recently at quite a lot of the origins of international boundaries in Africa, for example. After the scramble for Africa, the slow and steady appearance of new borders across the continent is fascinating. The fact that they were drawn by officials hundreds of miles away from where the borders are gives you an insight into just why there were problems there and why there are continuing problems in many parts of the world.

What about disputes over place names? I know this is a whole different subject, But Ukraine, for example, has given some people trouble over the Kiev or Kyiv 'e' or a 'y' debate.

Yeah, it has, and names are right up there with boundaries as to one of the most contentious issues to deal with. My understanding is that although Google doesn't show Crimea as part of Russia, they do use Russian transliterations of the local names for Crimea rather than Ukrainian name forms, as well. So they're maybe hedging their bets a bit there. This issue of choosing the right name form is fraught with difficulty. As soon as a place is named by cartographers or is named by its owner, in theory, it does add credence to their ownership of the place because it can deeply affect the people living in those areas. The Persian Gulf is a case in point where the Iranians insist that it should be called the Persian Gulf everywhere. Arabic countries referer to as the Arabian Gulf, other publishers call it the Gulf. There's all sorts of sensitivities about what it implies in terms of ownership and control.

Right, and one's decision to use either Arabian Gulf or Persian Gulf immediately lands you in a political camp. You're in Scotland. Is Brexit going to give you some new map-making opportunities?

Who knows? I'm not not arguing for such change, but such geopolitical change across the world is always good for cartographers, I would say that.

This interview has been edited and condensed for clarity. Reuters contributed to this post.