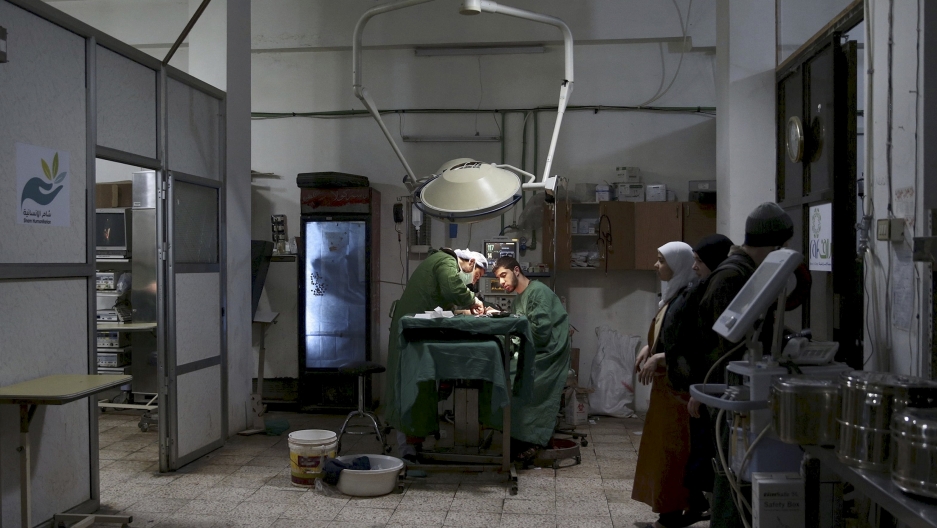 With stray bullets, falling bombs and collapsing buildings, civilians face extreme danger at the frontlines of wars in Syria and Yemen, where doctors and functioning hospitals can be difficult to access.

Amid such hazards, civilians often endure a less obvious peril: infections from strains of “superbug” bacteria that have outsmarted drugs developed to treat them. Once injured, civilians in the Middle East face much higher rates of this bacteria, according to data from Médecins Sans Frontières, or Doctors Without Borders (MSF).

“The rates we see in our Middle Eastern facilities are strikingly high,” Ernestina Repetto, an adviser on infectious diseases for MSF, told The World.

Syria's eight-year conflict among the government, rebels and foreign forces has claimed hundreds of thousands of lives, forced more than 13 million people from their homes, and spilled violence into neighboring Iraq. Another chaotic multifaction conflict in Yemen has claimed more than 100,000 lives and triggered what the UN calls the world's worst humanitarian crisis.

Against this bloody backdrop, the so-called “superbug” bacteria often strike invisibly and without warning, in the mangled limbs, bullet holes and other wounds suffered by civilians and fighters alike.

Related: Are viruses the best weapon for fighting superbugs?

Antibiotic-resistant diseases are a global concern. Their prevalence in the Middle East creates extra challenges for war-weary civilians and overstretched medics.

“With antibiotics becoming less effective, millions of lives are at risk. The evidence we have suggests that the problem in some war zones is even greater and much more urgent.”

“With antibiotics becoming less effective, millions of lives are at risk. The evidence we have suggests that the problem in some war zones is even greater and much more urgent,” Reppetto said.

A civilian in a Middle Eastern hotspot who endures a so-called “dirty wound” from a bullet or bomb blast and whose injury becomes infected is about 10 times as likelier to experience a multidrug-resistant strain than people suffering comparable injuries in Europe or North America, according to MSF.

In European cities, multidrug-resistant bugs are typically found in only about 5-10% of infected wounds, Repetto said. MSF doctors at field clinics in Yemen, Syria and Iraq find superbug infections in 70-80% of patients.

For the wounded, this can mean recoveries that should take weeks dragging out for years. Without the right treatment, sufferers may need to have limbs amputated. In extreme cases, they can die from sepsis. 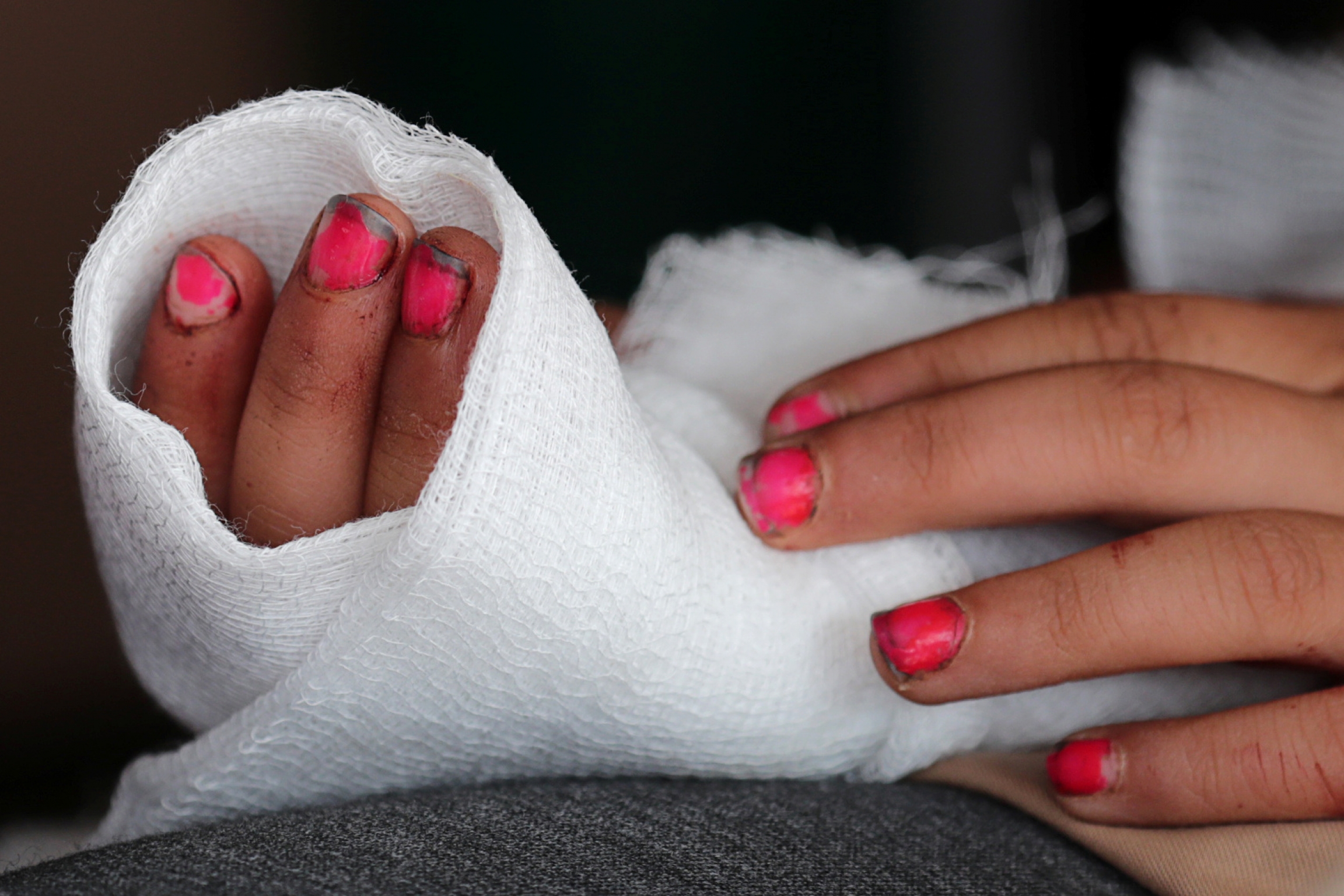 One study on Syrians at an MSF clinic in Jordan in 2018 found that 11% of injured civilians got infected wounds, of which 73%  had multidrug-resistant infections. Almost a quarter of them needed amputations.

MSF described the case of Waleed, a 39-year-old Yemeni whose last name is being withheld to protect patient confidentiality. Waleed suffered leg and jaw injuries from a collapsing wall in 2016 during an airstrike in Ibb, southwestern Yemen, where local and foreign forces battled during the country’s brutal civil war.

He was treated for complex bone fractures in Ibb and then in the capital, Sanaa, which included several courses of antibiotics. He was ultimately transferred to Amman, Jordan, where doctors discovered a drug-resistant infection in the bones of his left leg.

Waleed attributes his lengthy recovery to “poor” treatment back in Yemen and the overuse of antibiotics. Now, three years since the airstrike, he is walking again and says he is “90% cured,” but eager to finish his therapy in Amman.

He is not an isolated example. Many injured civilians cannot get to a hospital or see a doctor. Frequently, clinics and ambulances have been deliberately targeted by airstrikes — an excessive but increasingly prevalent war tactic. 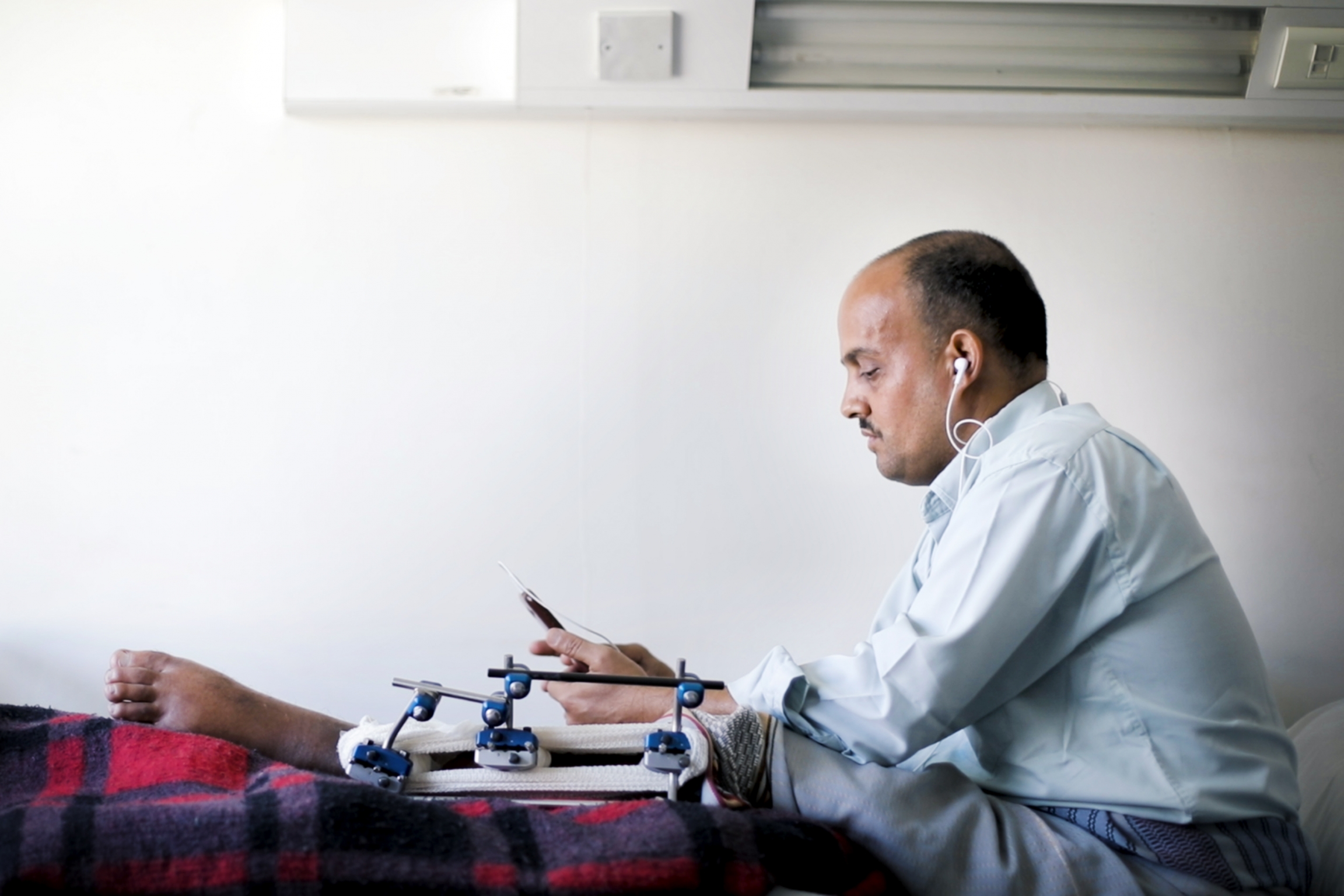 Often, the wounded make use of whatever drugs they can get their hands on and take the wrong type of antibiotics, or a suitable drug but in the wrong doses, which raises their chances of developing drug-resistant infections.

Anybody would do the same in a warzone, where “hospitals have been bombed and doctors have been run out of the country,” Richard Murphy, an investigator at Harbor-UCLA Medical Center, told The World.

“You're forced to take care of wounds under primitive conditions where you may not be able to wash your hands, have access to dressings and bandages. From there, things can quickly deteriorate.”

“You're forced to take care of wounds under primitive conditions where you may not be able to wash your hands, have access to dressings and bandages. From there, things can quickly deteriorate,” Murphy said.

Those who make it to a hospital often find overworked medical teams who have run out of sterile gloves and alcohol-based wipes months earlier. They do their best, but basic medical-supply shortages mean bacteria can easily spread from one patient’s wounds to another.

Related: War is hell. Try doing it in a wheelchair.

This all makes a bad situation worse. For years, pharmacies across the region have dolled out such common antibiotics as beta-lactams and fluoroquinolones too readily, and for the wrong conditions, stimulating bugs to adapt into drug-resistant strains.

Because of this, people across the Middle East already have many superbugs living among their gut bacteria, Murphy said. When injured, civilians can easily spread multidrug-resistant bacteria to open wounds.

Medics increasingly encounter superbug strains of Staphylococcus aureus, E. coli and Klebsiella pneumonia in the region. Infections in the bone, often the result of fractures during bomb blasts and subsequent surgeries, can prove particularly difficult to treat.

Problems that persist in makeshift clinics in northwestern Syria — where government forces and Russian warplanes are pounding the last rebel bastions in an eight-year civil war — figure into a broader, global pattern of antibiotic resistance. 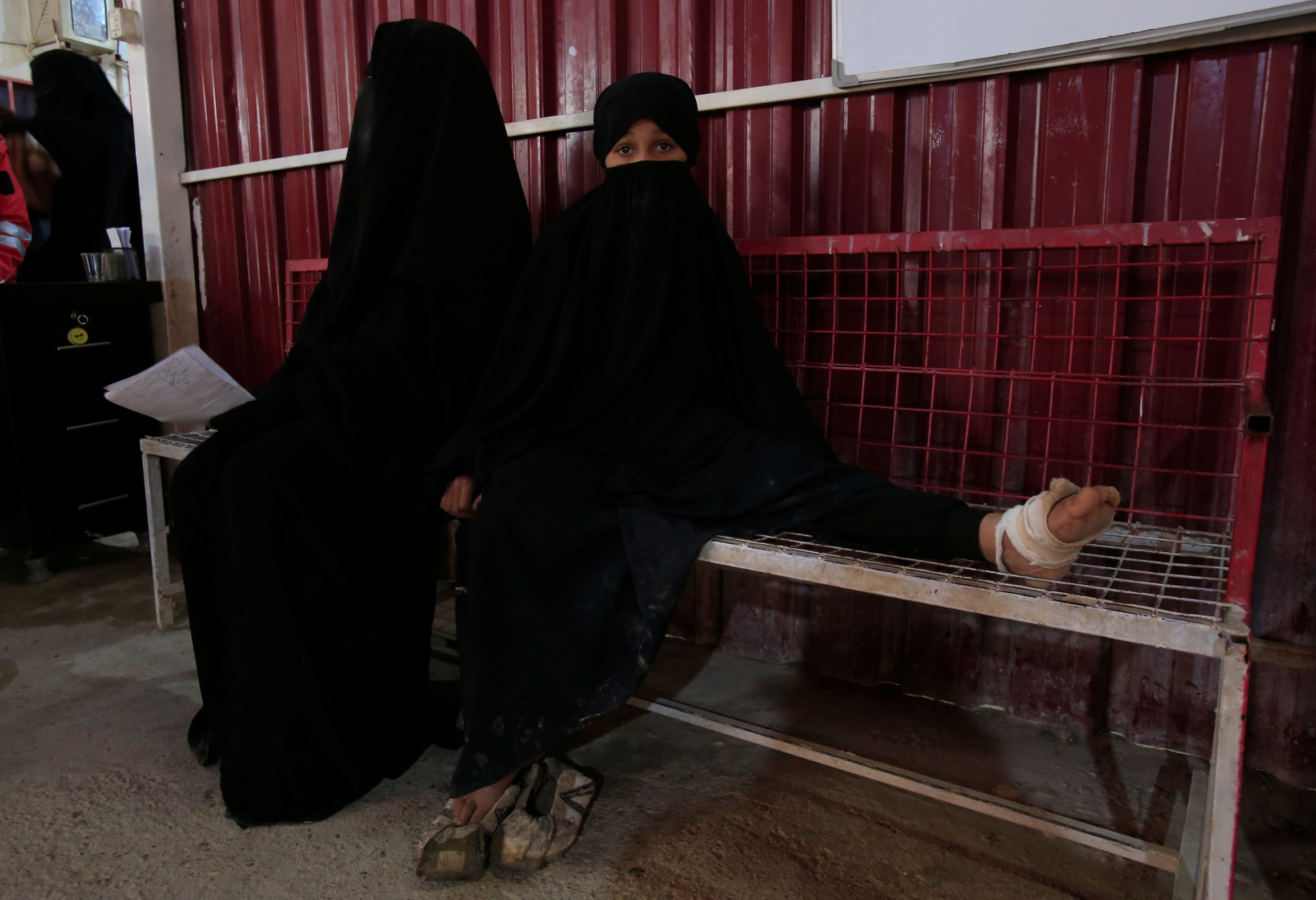 A wounded girl sits at a clinic at al-Hol displacement camp in Hasaka governorate, Syria, April 2, 2019.

The high rates of superbugs found at Middle Eastern field clinics offer grisly reminders of warfare in the pre-antibiotic era, calling to mind the thousands of soldiers who endured trench foot, typhus and trench fever in World War I.

A century ago, an infected pinprick could kill. Harnessing the bug-killing powers of penicillin in the 1940s and the subsequent development of antibiotics ushered in a golden age of medicine that saved millions of lives.

But bugs fought back, evolving their resistance to these miracle cures. The United Nations’ World Health Organization says that drug-resistant strains of tuberculosis, sepsis, diarrhea and other maladies could claim 10 million lives every year by 2050.

According to Repetto, solutions are at hand. First, this involves getting specialized care for superbug-infected patients like Waleed. Doctors can use less common types of antibiotics, often imported from Europe, that offer second- and third-line defenses against drug-resistant strains.

Long-term efforts to solve the problem are trickier. Doctors, pharmacists and patients across the region must be far stricter in using suitable antibiotics in the correct dosages and for the right length of time, Repetto said.

That is a high bar for Yemen, Syria, Iraq and other hotspots, Repetto said, adding: “We cannot yet have the ambition to reverse the situation. We can only try as much as possible to prevent the occurrence of infections.”