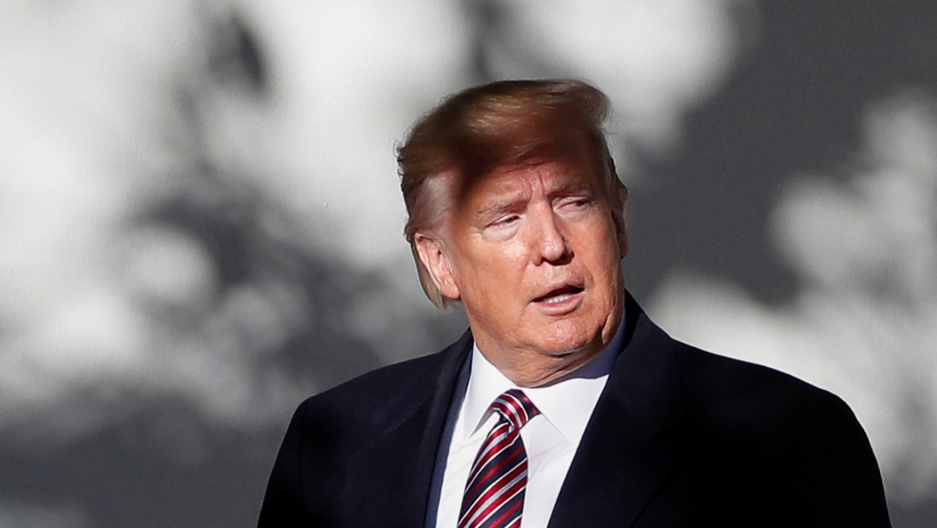 As controversy swirls over the handling of a case involving a Navy SEAL convicted of battlefield misconduct, some veterans are raising concerns about what message the controversy may signal to troops, while others argue it was within the rights of US President Donald Trump, in his role as commander in chief, to intervene.

The case has prompted questions about why the rules of engagement are so important. We reached out to The World’s community of veterans to get their reactions to what has unfolded over the past few days.

Trump ordered the Pentagon to let the Navy SEAL, Chief Petty Officer Edward Gallagher, keep his Trident pin designating him as a member of the elite force, instead of holding a planned review of his status, Defense Secretary Mark Esper said Monday. Navy Secretary Richard Spencer, who said he disagreed with Trump’s actions, was forced to resign for breaking the chain of command from the White House.

In his exit letter, Spencer wrote, "The rule of law is what sets us apart from our adversaries." Spencer was referring to Gallagher, who was acquitted by a military jury of murdering a captured ISIS fighter in Iraq, but convicted of posing in a photograph with the detainee's corpse.

That led to Gallagher’s rank being reduced. But the White House said on Nov. 15 that Gallagher's rank would be restored, and Trump gave a formal order Sunday to halt the military's plans to hold a review board of Gallagher’s case, Esper said.

"I spoke with the President on Sunday. He gave me the order that Eddie Gallagher will retain his Trident pin," Esper told reporters at the Pentagon.

Esper said he had been in favor of following the regular processes but stressed that, as president, Trump had "every right, authority and privilege to do what he wants to do."

Gallagher's case had been championed by conservative commentators in the US, who argued the SEAL had been treated unfairly. But critics said presidential intervention would undermine military justice.

"It signals to people that they can operate outside the rule of law and the Geneva Convention," said Senator Jack Reed, the top Democrat on the Senate Armed Services Committee.

Spencer defended himself, telling CBS News on Monday that Trump's decision sent the message "that you can get away with things."

"We have to have good order and discipline. It's the backbone of what we do," he said.

Reactions among veterans who got in touch with The World are mixed. Some agreed discipline and good order are in jeopardy, but others disagreed.

“Unit leaders at all levels will continue upholding the longstanding tradition of maintaining unit cohesion and operational readiness through fair administration of justice,” Naval reserve officer, Dean Castaldo, Jr, wrote to The World.

Paul Rieckhoff, founder of the Iraq and Afghanistan Veterans of America, told The World that the rules of engagement for our military personnel, “are laws.”

“If you think about it in the civilian context, rules of engagement are the laws that govern our battlefield in the same way the rules of the road govern drivers. You can't blow through red lights, you can't run over kids, you can't crash into buildings, and if you do, there are repercussions and you're generally held accountable. The same is true in the military. It preserves good order, it makes the military function,” he said.

Many of the veterans who wrote The World shared Rieckhoff’s concerns.

“This sends a misleading message to troops that will undermine company and command-level officers.”

“This sends a misleading message to troops that will undermine company and command-level officers,” said Rich Kauffman, a veteran of the US Air Force. “What’s to stop an angry/unstable soldier from violating a SOFA (Status of Forces Agreement) or the Geneva Convention LOAC  (Law of Armed Conflict) because he or she thinks that Trump will do the same thing for them?”

Several other veterans who wrote The World stood up for Spencer. Bob Christy, who served as a sergeant in the US Air Force, suggested Trump overstepped his bounds.

“While he does have the right to do so I think he is just playing to his crowd," he wrote. "Gallagher was convicted of a crime and should pay the price for such behavior. If I were the Secretary of the Navy, I would have stepped down too.”

Thanks to all the veterans who wrote to The World. If you want to join our veterans community email list and help us with our reporting on the military and veterans’ issues, you can sign up by sending an email to veterans@theworld.org