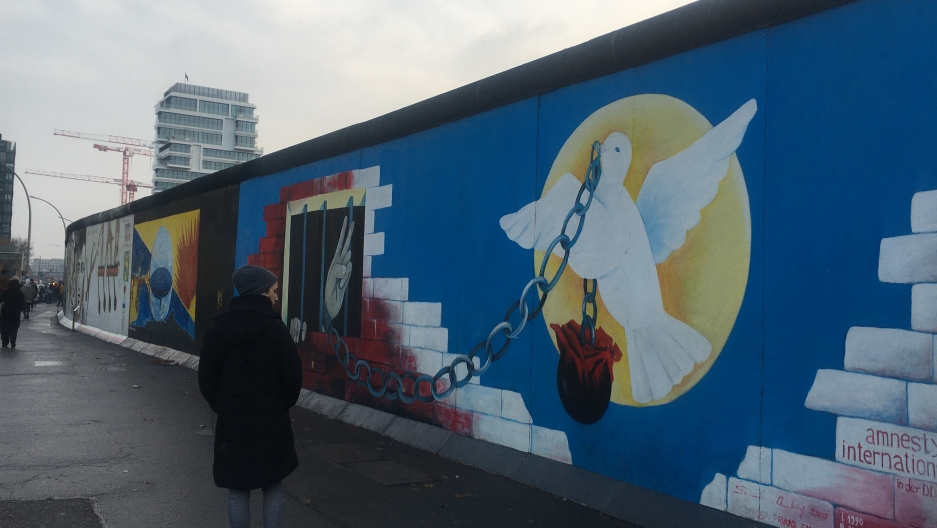 After the far-right Alternative for Germany party wins big in local elections, artistic freedom, as well as funding for the arts, may be at risk. Pictured a mural on the Berlin Wall, Berlin, Germany, on Nov. 17, 2019.

Berndt Schmidt knows what it’s like to get on the wrong side of the far-right.

The Berlin theater director found himself at the center of a hate campaign following the 2017 publication of an internal email he wrote to his staff after the success of the far-right party, Alternative for Germany (AfD), in Germany’s elections.

In his note, Schmidt wrote that he worried about the impact of the election results on the theater’s employees and cast members, many of whom come from multicultural backgrounds.

“I have white skin and I’m born German, so I was writing an email to my cast expressing that we stand behind the artists and the people working for the Palast who have dark skin, who don’t look German,” he said.

For seven days, Schmidt was bombarded with hundreds of threatening emails, some warning him he would be murdered. His theater, the Friedrichstadt-Palast in central Berlin, had to be evacuated following a bomb threat that same year.

The incident is not an isolated one for theaters seen as critical of the far-right party. And with the recent success of the AfD in local elections in Germany, artists and directors are worried that freedom of expression — and state funding — may be at risk.

The AfD dedicates several pages of its manifesto to German culture, identity and language and the importance of preservation. Multiculturalism, it says, is “a serious threat to social peace and the survival of the nation-state.” 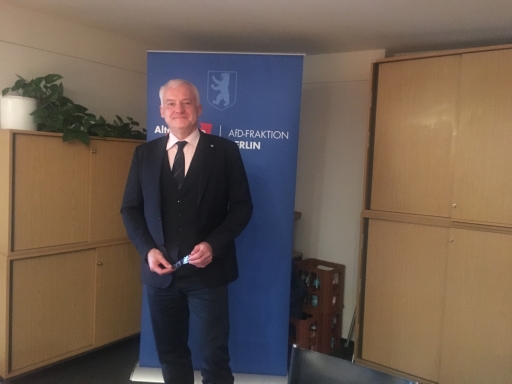 Hugh Bronson, a Berlin lawmaker with the AfD, says his party’s view on the arts is not much different from other political parties. He has no interest in censoring artists.

Hugh Bronson, a Berlin lawmaker with the AfD, says his party’s view on the arts is not much different from that of other political parties. He said he has no interest in censoring artists but questions if theater directors like Schmidt should speak out.

“We encourage people to have the right to say what they wish, though as a director of a theater, you should be more careful with what you say."

“We encourage people to have the right to say what they wish, though as a director of a theater, you should be more careful with what you say,” Bronson told The World.

Schmidt said he isn’t bothered if he lost AfD voters as customers. But the AfD party’s response shocked him.

“They said what I am doing is similar to what the Jews were experiencing in the Third Reich. And I thought, wow. There’s no discussion about sending AfD voters to concentration camps,” Schmidt said. He said this comparison — his comments on losing AfD customers with what the Jewish people experienced under the Third Reich — showed the party’s “dark spirit.”

The AfD has criticized other theaters, too.

When a theater in Dresden put on a production to present a dystopian future under an AfD government, the party threatened to pull the theater’s funding.

The party filed a defamation action against a theater in Paderborn over an illustration on a flyer comparing the AfD’s success at the polls to the Nazi party. And in Aachen, they threatened legal action unless passages of a play linking Islamists with right-wingers were deleted.

Engaging in culture wars is nothing new for a far-right party. 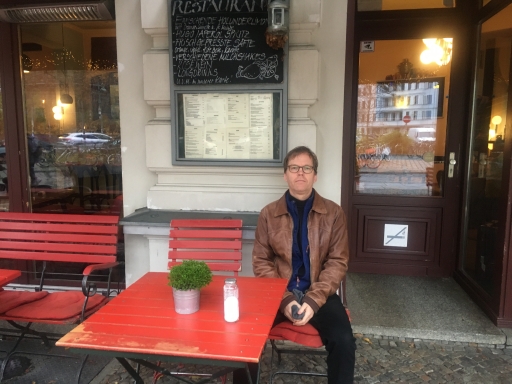 Berlin-based writer Paul Hockenos believes the AfD is more concerned with how cultural  institutions represent Germany’s past than what happens in future theater productions.

Berlin-based writer Paul Hockenos believes the AfD is more concerned with how cultural institutions represent Germany’s past than what with appears in future theater productions.

“There’s something called the culture of memory, which includes monuments, exhibitions, museums and also school textbooks. This is another area where the far-right feels that they have unjustly lost. They think Germans are too critical on themselves,” Hockenos said.

Hockenos cites AfD co-leader Alexander Gauland as an example. Gauland once described the Nazi era as a brief stain in more than 1,000 years of successful German history.

Hockenos doesn’t believe that artists and performers have been aggressively targeted by the AfD but says they are right to feel intimidated.

“We’ve had violent attacks on leading politicians, on synagogues, on people on the street who are Jewish or foreigners or leftists. So, what the AfD has done is they basically opened the way for extremists to take it all a step further with violence.”

“We’ve had violent attacks on leading politicians, on synagogues, on people on the street who are Jewish or foreigners or leftists. So, what the AfD has done is they basically opened the way for extremists to take it all a step further with violence," he said.

Hockenos says this kind of threat hasn’t existed in Germany for decades. Others believe the threat has been around for some time, long before the AfD got into power.

Artist Thomas Schliesser noticed far-right rhetoric openly used on the street and in the schoolyard well over a decade ago. In 2007, he worked on art projects specifically targeting racism and anti-Semitism.

Then he became a target himself.

“One day, I found on the internet my name and beside it, it said ‘Braun buch der volksverräter.’ It's a term of fascism.”

The term essentially means “traitor of the people” in English.  Schliesser’s name and phone number were also listed. The artist said he was rattled by the discovery, particularly because it was accompanied by a comment declaring that when extremists came to power, they would round up people like Schliesser and “put them in camps.”

Police reacted quickly to the case, tracing the website domain to a far-right group in Switzerland, and closing down the site. Schliesser says he was shaken but not silenced.

“I think I got even more active. OK, I’m a little more hesitant to give my phone number and private address out, I must say,” he said.

The AfD says it does not condone personal attacks on artists. Bronson, the party’s lawmaker in Berlin, says they cannot be held responsible for the actions of a “few loonies.”

“It has nothing to do with our party — we don't tolerate such behavior and we don't encourage this,” Bronson said.

The AfD does, however, intend to review how local funding is spent on theaters. In Germany, theaters are heavily state-financed and many smaller theaters are dependent on municipal governments to survive. With the recent success of the AfD in regional elections, more AfD politicians will now be able to influence where the money goes and how much each theater gets.

And it’s not only about money. In Stuttgart, the AfD local representatives requested a list of names and nationalities of the performers at the state opera house. The request unsettled staff and performers. And as Schmidt, the theater director, points out, requesting lists like this has chilling connotations in Germany.

“You know, doing lists in Germany, I think you get goosebumps because you remember the Third Reich. The lists of Jewish people and Jewish shops.”

“You know, doing lists in Germany, I think you get goosebumps because you remember the Third Reich. The lists of Jewish people and Jewish shops,” he said.

The Ministry for Science, Research and Art answered the AfD’s request by providing the nationalities but not the names of the performers. Schmidt says he was horrified that any information was supplied.

“This was, for me, the biggest shock. You should not do it,” he said.

Schmidt said he is unsure why the authorities agreed to the AfD request but the move evoked disturbing memories for many Germans.

“I don’t know. Maybe they didn’t read the history books. Or maybe they thought about the money. But you know, sometimes money stinks.”