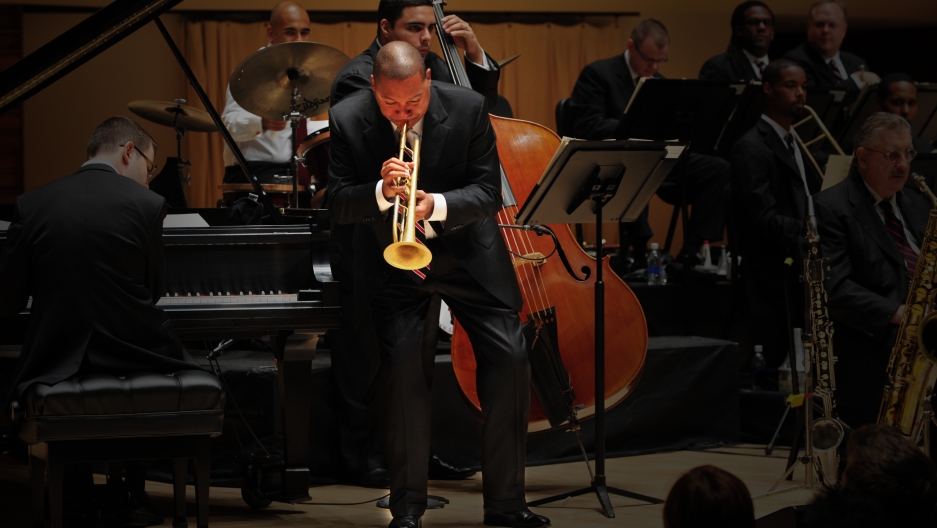 Courtesy of Jazz at Lincoln Center. Photo by Frank Stewart.

Wynton Marsalis is a jazz icon — a renowned trumpet player and composer, he is also the music director of the Jazz at Lincoln Center Orchestra. But since the very beginning, classical music has been a part of his musical makeup.

Marsalis tells Kurt Andersen about how a chance encounter on a New Orleans streetcar began his love of classical music. Then, at age 20, Marsalis released a recording of trumpet concertos by Haydn, Hummel and Leopold Mozart. This debut album won the Grammy Award in 1983 for Best Classical Soloist with an Orchestra. The same year, his jazz recording "Think of One" won the Grammy Award for Best Jazz Instrumental Performance.

His work as a classical composer began in response to a dare from German conductor Kurt Masur, who in the 1990s was the head of the New York Philharmonic. “It's only because he came to a concert of mine when I was like 28 or 29, and said he wanted me to write for the New York Philharmonic,” Marsalis says. “I started laughing like, man, I have never even written for a big band.” 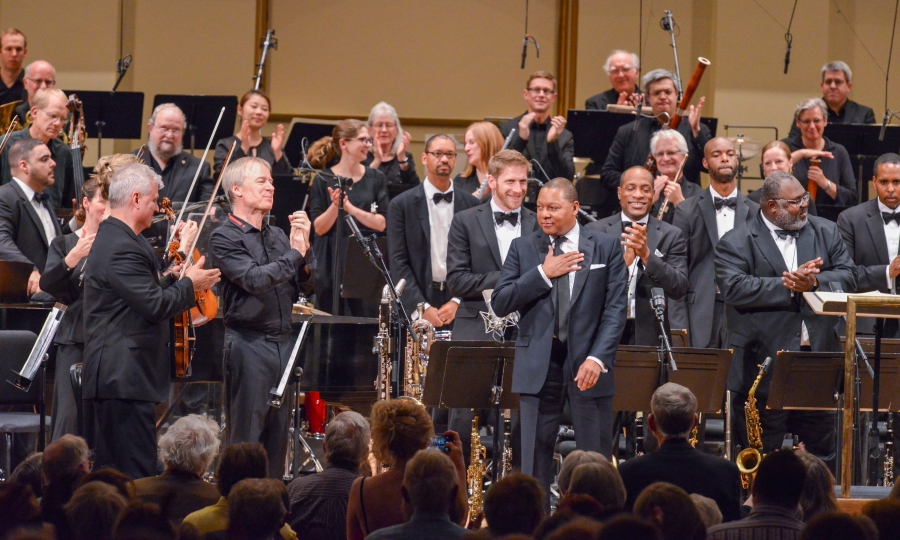 Courtesy of Jazz at Lincoln Center. Photo by Frank Stewart.

This year he released his first violin concerto and a recording of his Symphony No. 3, “Swing Symphony," with the Jazz at Lincoln Center Orchestra and the St. Louis Symphony Orchestra conducted by David Robertson.

“There's no one right way to do things, there are many ways,” Marsalis says. “But I'm a jazz musician, so at the end of the day I'm gonna swing. That's what I like to do.”