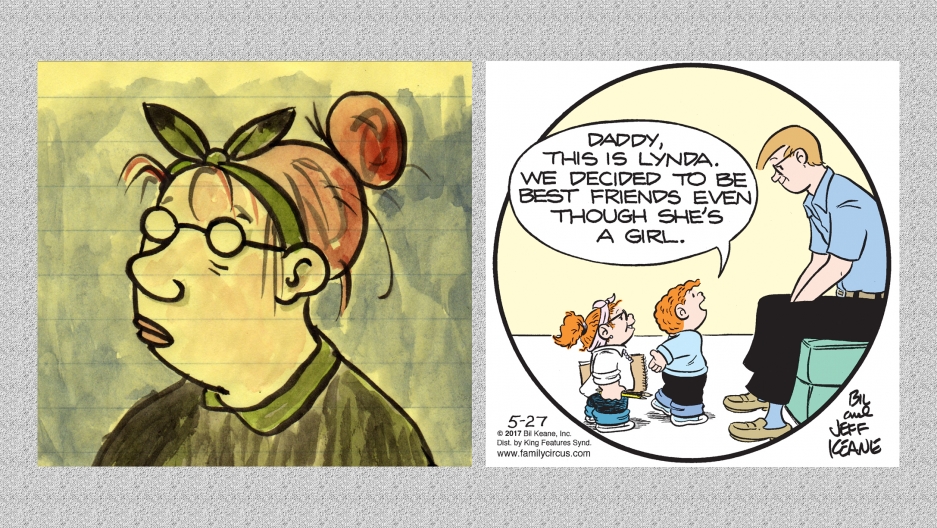 Self portrait by Lynda Barry, and a “Family Circus” cartoon by Jeff Keane featuring Lynda Barry.

Since 1960, the newspaper comic strip “The Family Circus” has delivered cutesy malapropisms and observations from its cast of adorable kid characters. And for just as long, it’s been relentlessly mocked as cloying and sentimental.

But cartoonist Lynda Barry is willing to get into fisticuffs with anyone who says a bad word about the strip. For 30 years, she drew the darkly funny strip “Ernie Pook’s Comeek” and is the author of many acclaimed books. Her latest, “Making Comics,” is a collection of exercises she uses in her classes at the University of Wisconsin-Madison. And this fall, Barry was awarded a MacArthur Genius Grant. 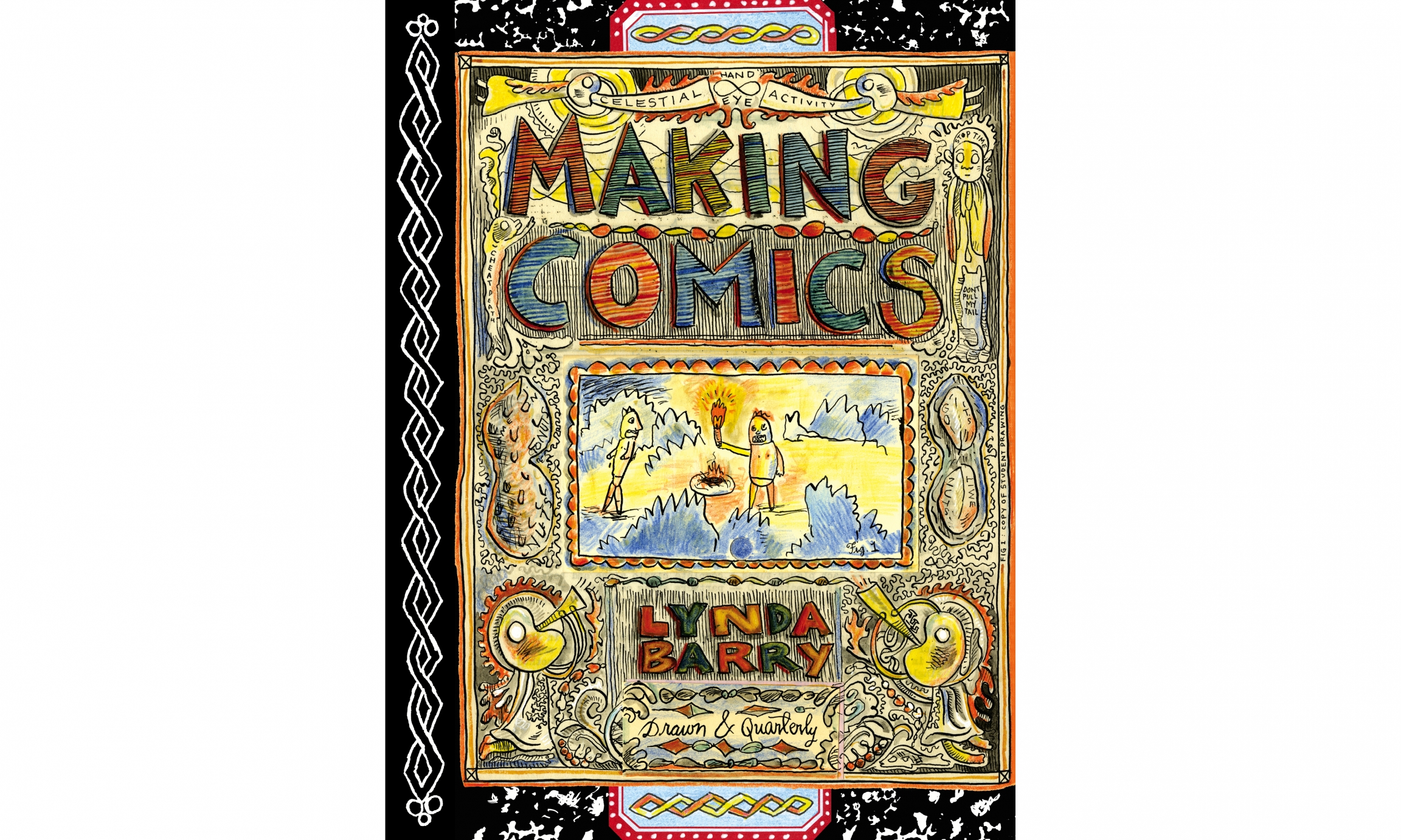 Courtesy of Drawn and Quarterly

In this installment of our Guilty Pleasures series, Barry explains how she found deliverance in “The Family Circus” as a small child, before she even knew how to read. The circular panel in the newspaper comics page offered an alternative to her own troubled family life. “I used to just love to look within that circle,” she says. “And within that circle there was a family that just looked like they were having a really happy life. And it was sort of the opposite life that I was having in my home.”

After becoming a cartoonist, Barry eventually met Jeff Keane, the artist behind “The Family Circus” — and burst into tears. “When I shook his hand, part of the reason I was crying so much was I realized I had crossed into the circle,” explains Barry. “I’d stepped into it.”