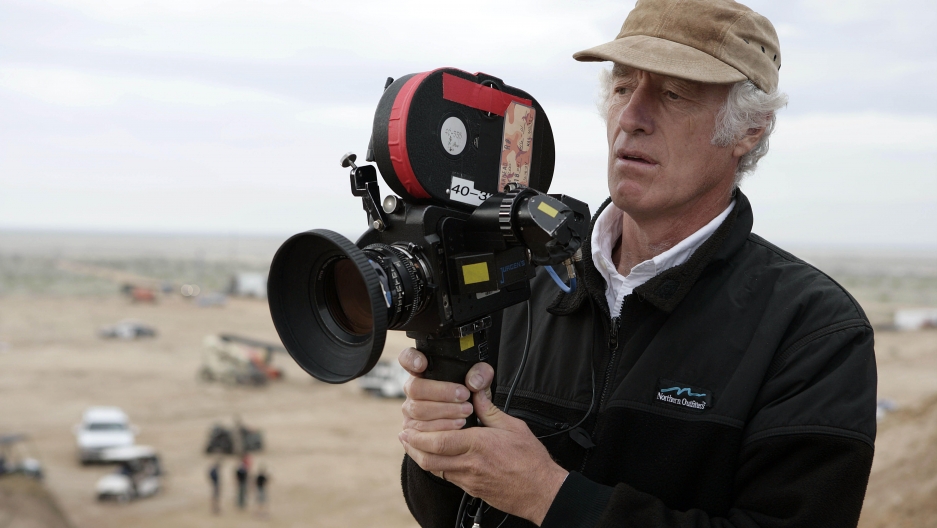 So much of filmmaking is about vision — how the plot unfolds, where each scene is shot and how those scenes move the story along. But these decisions aren't just made by screenwriters and directors: cinematographers are the people in charge of how each scene of a movie looks, and how that look is photographed on the day of the shoot.

Roger Deakins is one of the most accomplished cinematographers of our time. He’s been behind the lens on great films like “The Shawshank Redemption” and “A Beautiful Mind.” He’s also worked on a dozen films with the Coen brothers including “Fargo,” “True Grit” and “The Big Lebowski.” And after being nominated for 14 Oscars, he finally won last year for his work on Denis Villeneuve’s “Blade Runner 2049.” His next film, “1917,” is a hotly anticipated World War I epic out in December.

Kurt Andersen: Unlike some cinematographers, you operate the camera yourself. What does it give you to be holding the camera?

Roger Deakins: I come from a documentary background, so I’m used to working instinctively. If an actor is doing something that was unexpected, then it’s the operator who has to make that shot work. As a cinematographer, if I wasn’t operating, I wouldn’t be able to necessarily communicate to somebody, “Follow him out the room!” or “Track in!”

Do you have ideas about how things should look that influence your movies again and again?

Sometimes, on “Sicario” for instance, you think, “We could shoot everything late in the day and get that low-angled sunlight.” But both Denis [Villeneuve] and I said no — we want it to look brutal, we want it to look ugly. And sometimes it’s better to go for something that’s ugly. There’s a danger that you just shoot pretty pictures.

Are all those decisions made in advance, and do you make them in collaboration with the director?

It varies. Joel and Ethan [Coen], for instance, have a very clear idea of the cutting pattern that they’re going to use in the film, and they storyboard the whole movie. On another film with another director, you might leave most of it up until the time you’re rehearsing in the morning with the actors on set.