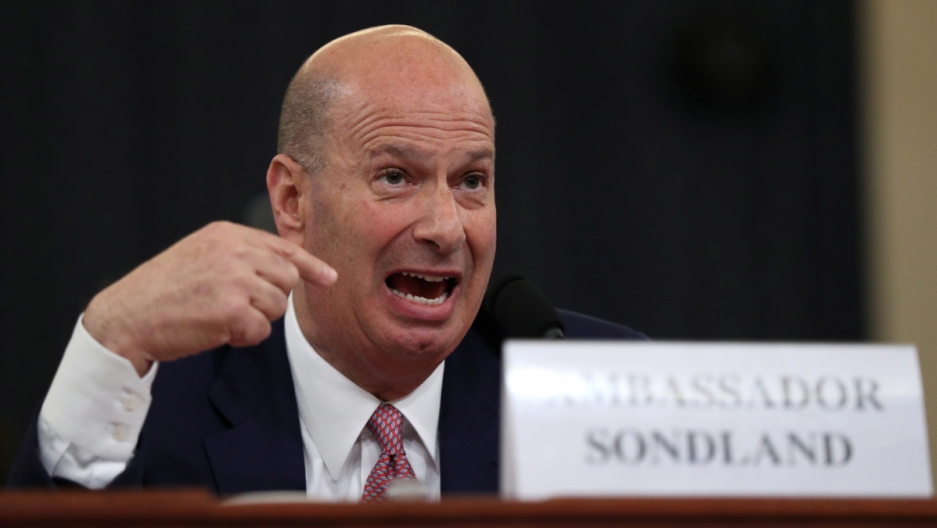 US Ambassador to the European Union Gordon Sondland testifies before a House Intelligence Committee hearing as part of the impeachment inquiry on Capitol Hill on Nov. 20, 2019.

Gordon Sondland, the US ambassador to the European Union, testified on Wednesday that his actions in Ukraine were at the express direction of US President Donald Trump.

Was there a quid pro quo? Sondland asked this question himself during his opening statement and answered it right away.

Host Marco Werman speaks with The World’s Matthew Bell to discuss the latest developments in the impeachment inquiry hearings.