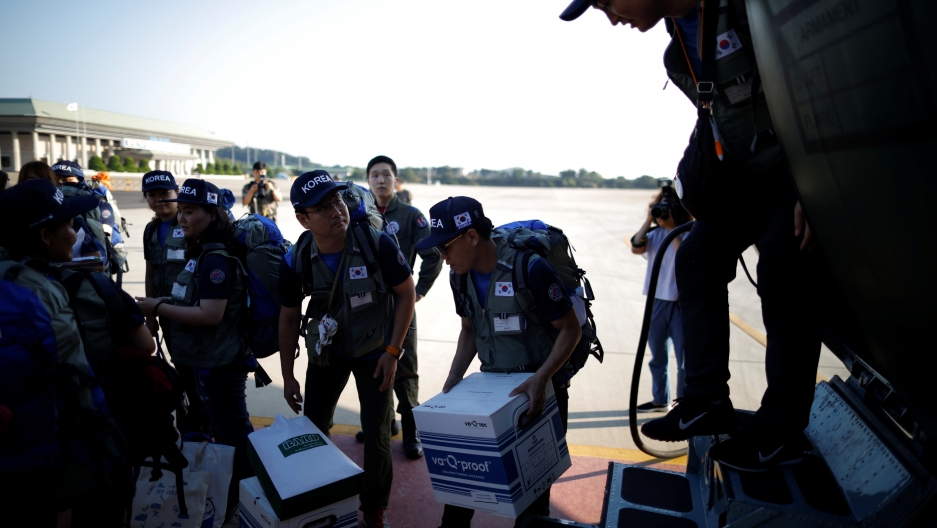 Imagining life without society or community is almost impossible, but that hasn’t stopped philosophers, monarchs, and others from thinking about it. And what they’ve wanted to know is this: Do people innately feel compelled to form societies? And when those communities are formed, how do we act toward each other? What is natural, and what is learned?

Nicholas Christakis, a doctor, sociologist and author of “Blueprint: The Evolutionary Origins of a Good Society,” also wanted answers to those big questions. One way, of course, to get at those answers is to test very young children. And indeed, researchers from the Yale University Infant Cognition Center have found that infants as young as 6 years old prefer people who show kindness. But Christakis also found a different type of experiment to examine, an experiment that might reveal how we behave when the chips are down. But these weren’t experiments done in the lab — they were experiments done (unwittingly) on the high seas: shipwrecks.

Related: How women who've left Turkey are helping those left behind

In particular, he looked at two wrecks in the Auckland Islands of New Zealand. The two ships, the Grafton and the Invercauld, both wrecked on the same island within four months of each other back in 1864. Although the two wrecks were similar in lots of ways, the outcomes of those on the ships could not have been more different. When the Grafton wrecked, the crew worked together to save the life of a sick crewmate. The Invercauld, however, did the opposite.

“[The crew of the Invercauld had] to climb this cliff to escape this beachhead they’re at, and they abandon one of the men to die at the bottom of the cliff,” Christakis said. “The sacrificing of a life sets the stage for the very different fate of the Invercauld compared to the Grafton.”

Related: In Puerto Rico, neighbors turn to each other in Maria's aftermath

According to Christakis, these shipwrecks revealed something crucial. By working together, the entire crew of the Grafton was able to survive for two years (all five were eventually rescued), while only three of the original 19 Invercauld survivors survived long enough to be rescued. We have a tremendous ability to collaborate and make friendships, Christakis believes. And capitalizing on those skills can make all the difference.

"...more ancient, more powerful, deeper forces are at work propelling us to make a good society. Evolutionary, not historical forces. Forces acting over hundreds of thousands of years that have shaped us to have these proclivities, these capacities to love each other and befriend each other and cooperate with each other and teach each other things.”

We often focus on the bad things that people do, and the divisions in society, said Christakis, but “more ancient, more powerful, deeper forces are at work propelling us to make a good society. Evolutionary, not historical forces. Forces acting over hundreds of thousands of years that have shaped us to have these proclivities, these capacities to love each other and befriend each other and cooperate with each other and teach each other things.”

This raises the question about why people are capable of bad deeds if, evolutionarily speaking, we are not only drawn to kindness, but also find advantages in working together. One factor that Christakis brings up is that in order to be good, humans have had to be able to tell each other apart.

Related: A women's health center for Syrian refugees is helping Jordanian women, too

Unfortunately, this ability has a clear downside: While our capacity to differentiate groups from one another lets us focus on who to help, it also enables discrimination. One way that Christakis says we can overcome this is to see our social identities and groups as being flexible.

“These group boundaries are arbitrary. We don’t have to stick to those boundaries. Our brains are equipped with the capacity to redefine the boundaries, relax them, and go up a level."

“These group boundaries are arbitrary. We don’t have to stick to those boundaries. Our brains are equipped with the capacity to redefine the boundaries, relax them, and go up a level,” Christakis said.

Instead of focusing on our role in our own smaller community, we can emphasize membership of a larger group.  “[We can] take advantage of our ability to draw distinction and say: what really matters is that we’re all Americans,” Christakis said. “And that’s the kind of group membership that is salient, or should be salient.”

Despite the many flaws that human societies have, Christakis is optimistic about how good we can be.

Related: An American family is helping civilians who flee ISIS

“There are these forces working over great long time sweeps, all of which are propelling us to be good,” Christakis said. “‘The arc of our evolutionary history is long, but it bends toward goodness. I believe that.”

This post was originally feautred on Innovation Hub. Read the original here.

Eleanor Ho is an intern at Innovation Hub.