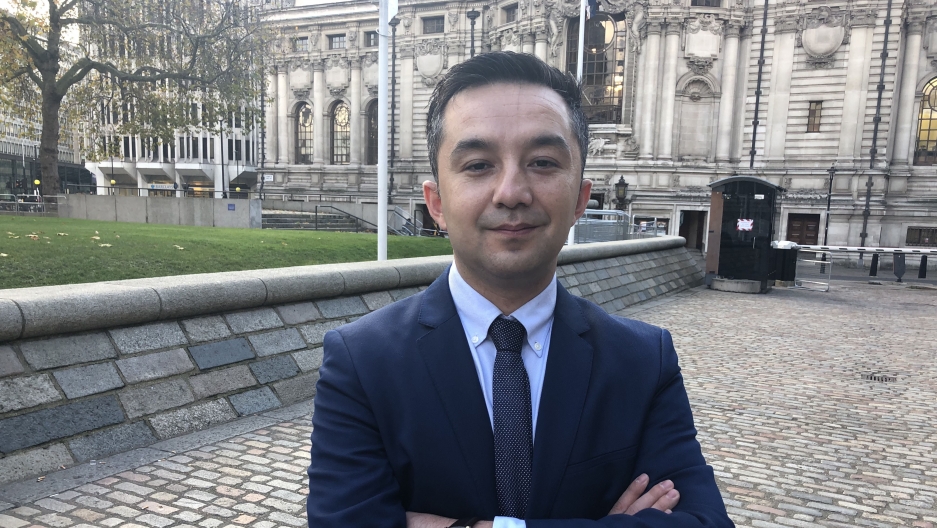 Ferkat Jawdat, a Uighur living in Virginia, has asked the US government to pressure China to release minorities, including his mother, from "re-education camps."

For years, the Chinese government has been detaining hundreds of thousands of Uighur Muslims and other ethnic minorities in so-called "re-education camps" in far-western China.

This was widely known. But this weekend, leaked documents obtained by The New York Times showed the chilling details of the policy in what the Times called "one of the most significant leaks of government papers from inside China’s ruling Communist Party in decades."

The documents "provide an unprecedented inside view of the continuing clampdown in Xinjiang, in which the authorities have corralled as many as a million ethnic Uighurs, Kazakhs and others into internment camps and prisons over the past three years," the Times wrote.

Ferkat Jawdat is a Uighur and US citizen living in Virginia, where he works as a software engineer. His mother was detained in China last year. Jawdat said he was too afraid to speak out for months. But this past spring, that changed. He's been advocating for his mother's release while calling on the US government to hold China accountable. He spoke to The World's host Marco Werman about his advocacy.

Related: How China's detention camps for Uighurs are separating families

Marco Werman: Your mother was in detention for well over a year, and for several months you were afraid to speak out. Why did you finally decide to speak out this spring?

Ferkat Jawdat: So, my mom was detained last year, February 2018. I waited for her to be released more than seven months, and from last September I started speaking out because that's about the time that the first former detainees, they started to be released. And they spoke out about their experience in those camps. And then every time when I hear their testimonies, like I just couldn't sleep. And then I just think about my mom and especially because of her health condition, even before she was detained, I just couldn't take it anymore. So I decided to speak out.

So when did you actually last see your mother?

Last time was in 2010, September. I was going to the university before I came to the US.

You do speak with your mom occasionally on the phone. And you've said in the past that you believe Chinese authorities are forcing your mother to tell you that everything is fine in China. She's being treated well, and for you to stop your activism. Why do you think that's the case? What evidence do you have?

I got a phone call from her and I wasn't — like, I couldn't believe myself that I was talking to my mom on the phone. And I asked her a couple times, "Mom, is that really you? Like, is that you?" And as soon as — because we talked a couple of minutes on the beginning, and I asked her, "Mom, can I add my dad, my sisters, my brother on the line, so we can just talk and then we can all know that, like, how you doing right now?" And then she said, "I have to talk to you first." So at that moment, I kind of realized that she wasn't alone. So after that, she just told me, "Son, I know what you did. And I was in a school, like a really nice school. And then I was well taken care of. So you don't have to speak out anymore. Like, you cannot be part of any organizations doing anything against our country. And everything is fine here." All this propaganda stuff that I was listening many, many times from different people. But I just couldn't believe that was coming from my mother's mouth.

In March of this year, you had the opportunity to speak to the highest diplomat in the US. You met with Secretary of State Mike Pompeo. What were you able to discuss?

In the meeting, I was there was another three Uighurs. And we all have our family members in the camps. And then there was a girl, she was actually a former detainee in those camps. And then we spoke about how the camp condition is and then what's happening inside the camp, and especially how it's even affecting our lives and our families here in the US. And we asked the US government to stand up and then ask the Chinese government to shut down those camps and especially release — help us to release our family members from those places.

So what would you like to see Washington doing?

The number one thing is, there is a bill in Congress that we are working on, the Uighur Human Rights Policy Act of 2019. And then it's been sitting in the House for almost a year right now. And then we are pushing all the representatives to become sponsors and then get it passed and become a law. So that's the main important thing. And then another one is the Magnitsky Act to sanction the Chinese government officials who got directly or indirectly involved in those crimes.

Have you felt harassed since you've been outside of China?

Recently, the official information arm of the Chinese government labeled you a terrorist. That's in China. But how does that make you feel being labeled that way?

From China, as a second-largest superpower in the world, getting labeled as a terrorist, it is a huge title that I never expected to have. So the threats before that were coming from inside China, from the Chinese agents in the region. But after that statement was released, and it was published and all over the media, especially the Chinese media. So I don't know what will be the future of my family, especially my mother in your hands. But especially after all those statements, all that news, I don't know if I can still feel safe anywhere I go.