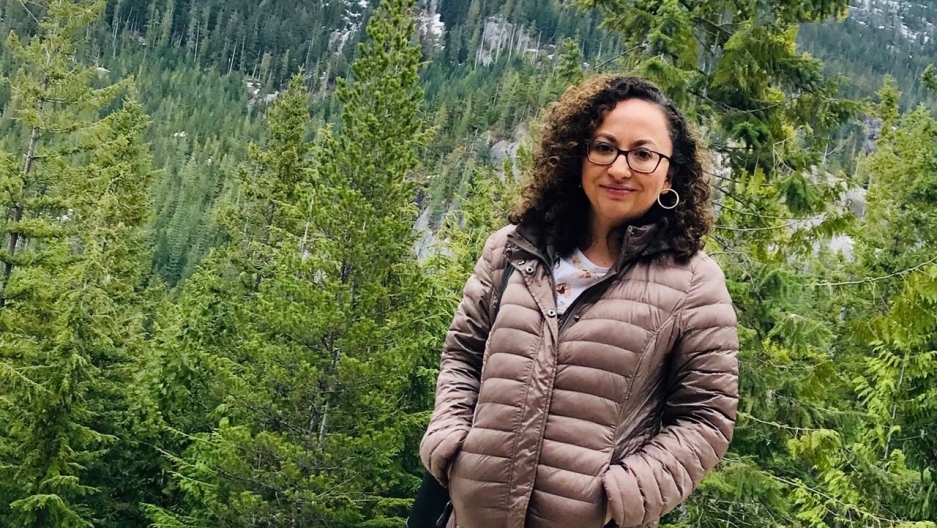 Fed up with the uncertainty surrounding the Deferred Action for Childhood Arrivals program, Karen Hernandez, a DACA recipient, moved to Canada earlier this year.

Sisters Karen Hernandez and Angela Velasquez say they remember the day in 2012 when then-President Barack Obama issued an executive order launching Deferred Action for Childhood Arrivals. The program offered undocumented people like them, who were brought to the United States as children, work permits and temporary relief from deportation. They applied right away.

“I took advantage of the opportunity as soon as it came out,” said Velasquez. She was a teenager at the time. “I was like, okay, this is my chance.”

She got a retail job, which helped pay for college. Later she worked at an insurance company. DACA also allowed her older sister, Karen, to find work and in turn helped her obtain a master’s degree in global health science.

Then in 2017, President Donald Trump canceled DACA. It shook the sisters.

“I was freaking out,” said Velasquez, now 26 years old. “I started thinking, are we going to have to go back to Guatemala? It was scary.”

Uncertainty over the DACA program put the fate of some 700,000 beneficiaries into limbo. The US Supreme Court heard oral arguments Tuesday in a legal challenge to Trump's termination of DACA. The Trump administration argued that Obama overstepped the boundaries of the presidency by creating the program — and that the judiciary should not be able to review the decision to terminate it. Meanwhile, lawyers arguing on behalf of DACA recipients argued the Trump administration did not follow procedure in ending the program.

A decision may not come until next June. In the meantime, some DACA recipients who are tired of the uncertainty are taking matters into their own hands. Hernandez and her husband left the US for Vancouver, Canada, in January.

The two sisters, along with another sister and their parents, left rural Guatemala in the 1990s, while the country was still recovering from a civil war. The tourist visas that allowed them to enter the US eventually expired, and all of them became undocumented. A younger brother, now eight years old, was later born in the US, an automatic citizen.

Through the years of uncertainty as a result of their immigration status, the family remained close. But this year, for the first time, the family is apart physically.

“I eventually want to have kids and I couldn't see that happening in the States," Hernandez said. She worried that DACA could vanish and she would be without a work permit, or that her husband, who is undocumented and from Mexico, might face deportation.

While DACA provides two-year authorizations to remain in the US, it doesn’t provide a path to citizenship. For some, that uncertainty is too much to bear. Others are deciding to wait it out, in hopes that the program, which has been kept alive by lower court rulings, will ultimately prevail in the highest court of the land.

Related: Trump ended DACA. This woman is suing to keep the program alive 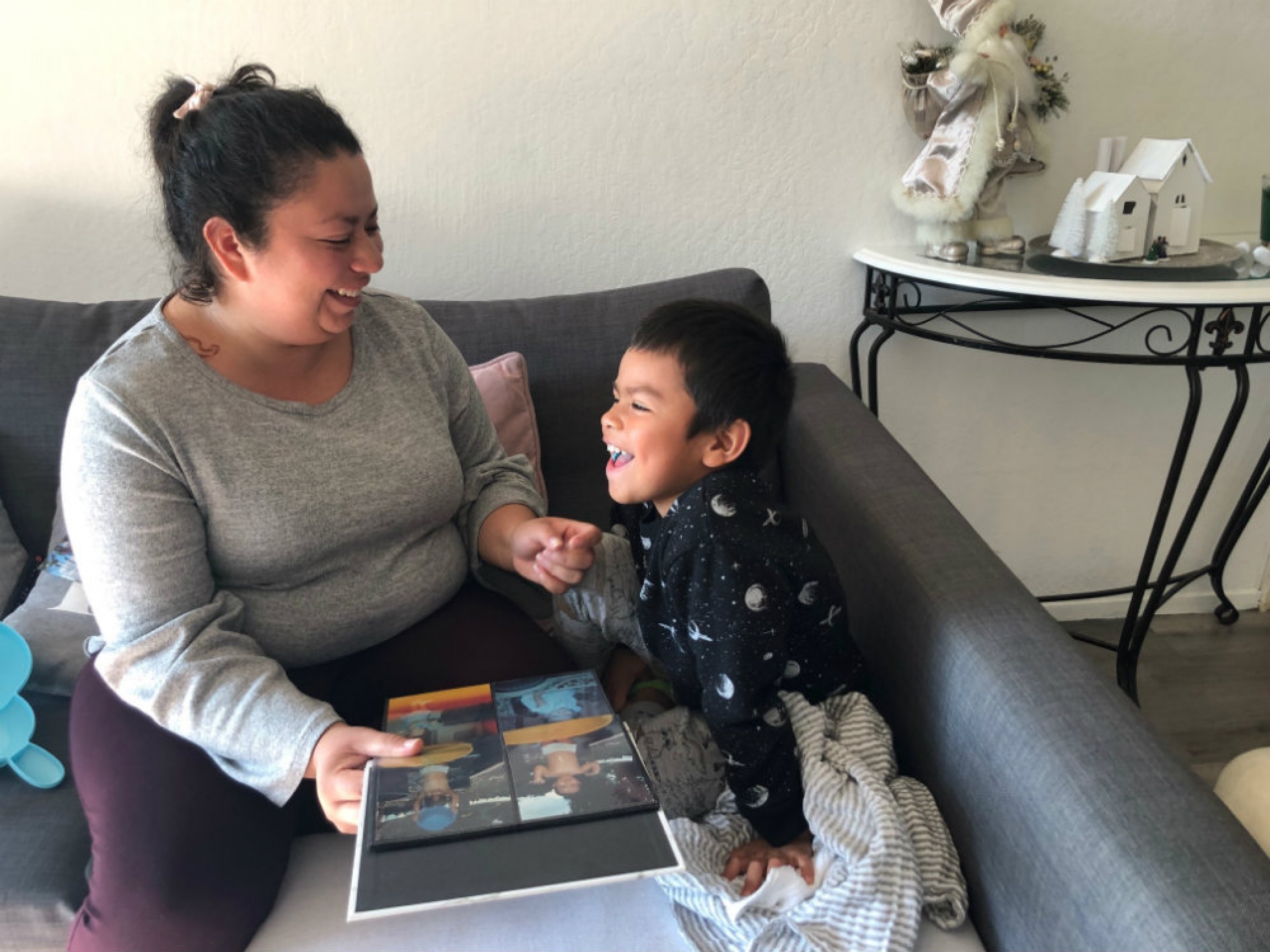 Angela Velasquez looks at family pictures with her four-year-old son. Hernandez waits in California to see how the Supreme Court Justices will rule on DACA. Her older sister, meanwhile, is now in Canada.

Through research and consultation with an immigration lawyer, Hernandez found out that with her skills and college degrees, she could become a legal resident in Canada quickly, along with her husband.

More: DACA Diaries: Stories from the people affected by DACA, a federal program that has given many a lifeline as they start their adult lives

“I came over to my parents house and we sat down and we had dinner and I told them that we were going to move to Canada,” Hernandez said.

Today, she and her husband live in Vancouver, where Hernandez works as a data analyst at a healthcare company and her husband is a unionized waiter at a Four Seasons Hotel.

Velasquez, meanwhile, is riding out the uncertainty in California. She has her own family now, and her husband has DACA, too. Their four-year-old boy was born in the US. She said she tries to avoid the news about immigration. It’s too stressful. In fact, she prefers not to talk to anyone about immigration, not friends or colleagues.

“Even here in California, you never know who's against it and who's not,” Velasquez said. “So it's really hard to talk about it because you're not certain of people's opinions.”

In some ways, Hernandez sees herself in her parents, who moved to the US for a better life. Now, she’s left the US for similar reasons. But she can’t go back to the US  — not until she gets a tourist visa or a Canadian passport.

“It's very hard, like if you put yourself in my shoes and you think maybe you won't see your parents for a long time …. you worry that something might happen and you won't be there. I knew that was going to be a possibility, but I needed to think about my own future. I know it might sound like a bit selfish,” Hernandez said.

The sisters’ mom, Clara, doesn’t think her daughter is being selfish.

“That’s what you prepare your kids to do — to fly with their own wings."

“That’s what you prepare your kids to do — to fly with their own wings,” Clara said. She asked to use her first name only because of her lack of legal status.

She said she’s in touch with Hernandez throughout the day, texting, calling, which eases the distance between them. But separation has challenged everyone in the family.

“We’ve always been a close family,” Velasquez said. “We have never been apart.”

Now, the family is working to get Clara, and their dad legal status in the US. They are both undocumented.

“We live our lives day to day,” Clara said. She said she knows people who have been deported recently, separated from their families. She said the risk of deportation weighs heavily, even during trips from home to the corner store.

Meantime, Karen Hernandez will support her mom from a distance. “I think even if we had had the chance, the opportunity to stay, we would have stayed,” she said. “We didn’t want to leave the United States.”