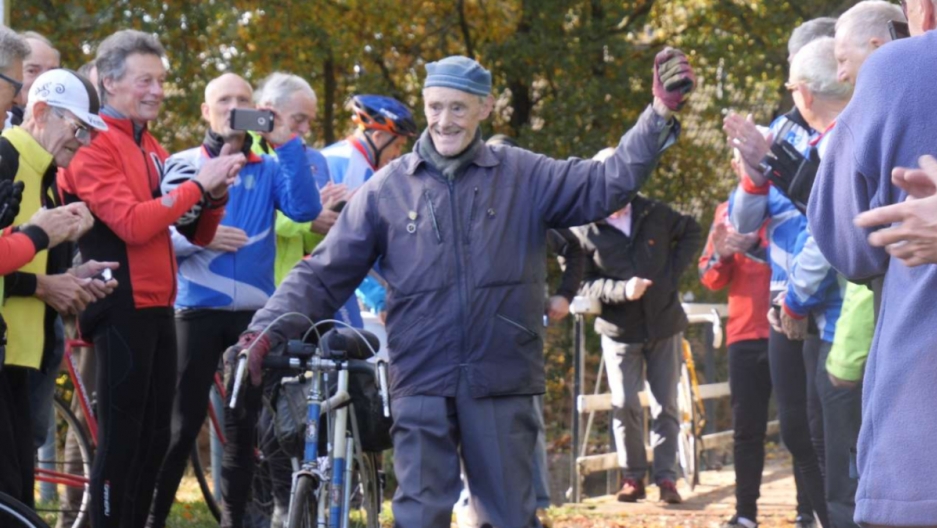 Russ Mantle, an 82-year-old cyclist from England, reached an astonishing milestone: He completed 1 million miles riding on a bike — the equivalent to traveling to the moon and back, twice.

Mantle rode the last 4 miles with a group of friends along a canal in the town of Mytchett, 30 miles west of London, on his way to a cafe.

“A [big] group of cyclists came to my house, and about 12 of us rode along the canal path to a cafe that I'd chosen,” Mantle said. “And they were ready for me. They put a white tape across the handrails of the footbridge, and I broke through it.”

Mantle has been building up miles since 1952 and has kept detailed, handwritten logs of his time on the saddle, recording not only the total mileage, but also the names of towns he rides through and even the cafes where he stops during his rides.

“Sometimes, I even record the wind direction and the temperature that day.”

“Sometimes, I even record the wind direction and the temperature that day,” Mantle said. 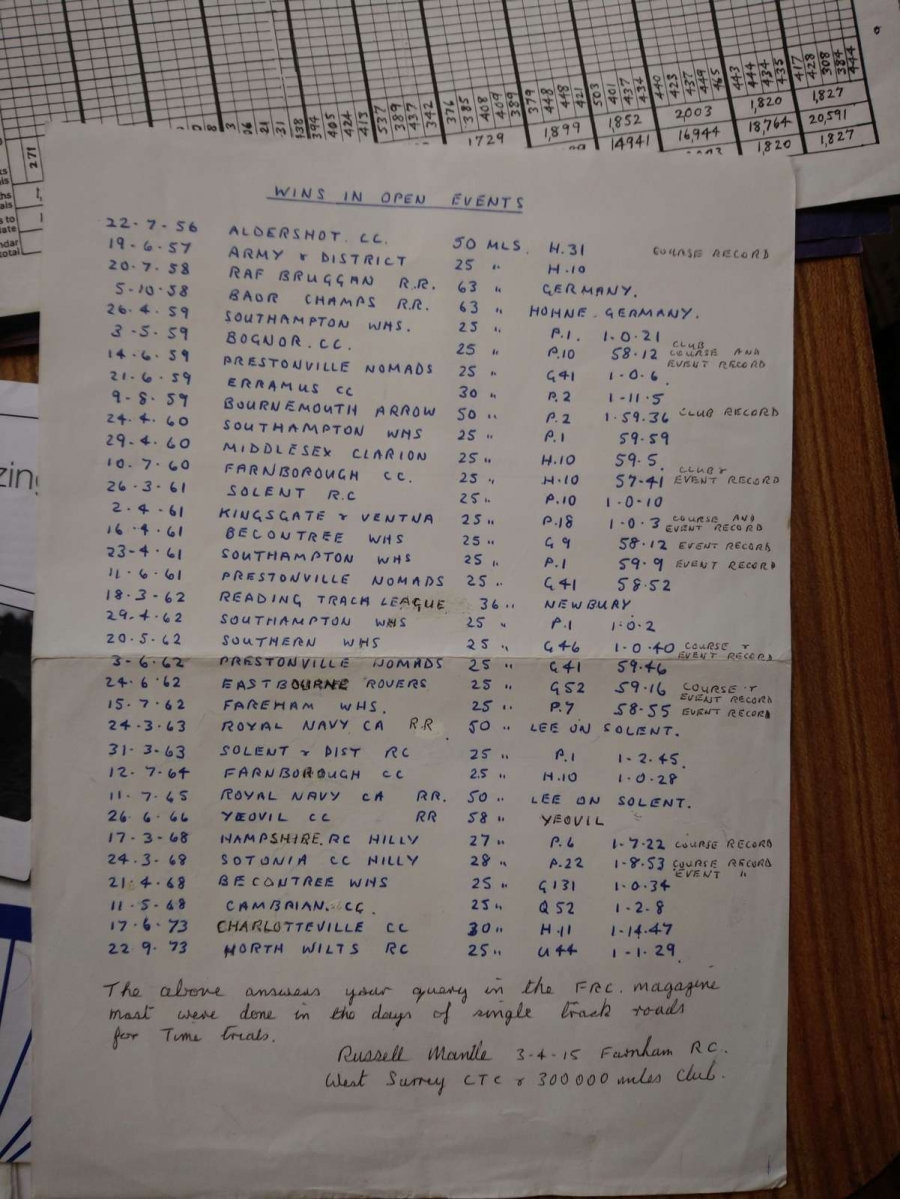 Russ Mantle has meticulously logged him miles on the saddle since 1952.

Mantle has owned 10 bikes in his lifetime — the first one was a gift from his father in 1951. Since 1952, he has logged miles as a competitive cyclist, a member of local cycling clubs and also while touring on his bike in Europe, the US and Canada.

“I usually keep one bike only for all my tours. So, there's one of my bikes that has done all the highest passes in Europe and Canada and America, Ireland, all the British Isles, Spain, Italy, France, Austria, Germany, Norway, Corsica and Sardinia.”

“I usually keep one bike only for all my tours. So, there's one of my bikes that has done all the highest passes in Europe and Canada and America, Ireland, all the British Isles, Spain, Italy, France, Austria, Germany, Norway, Corsica and Sardinia,” Mantle said. 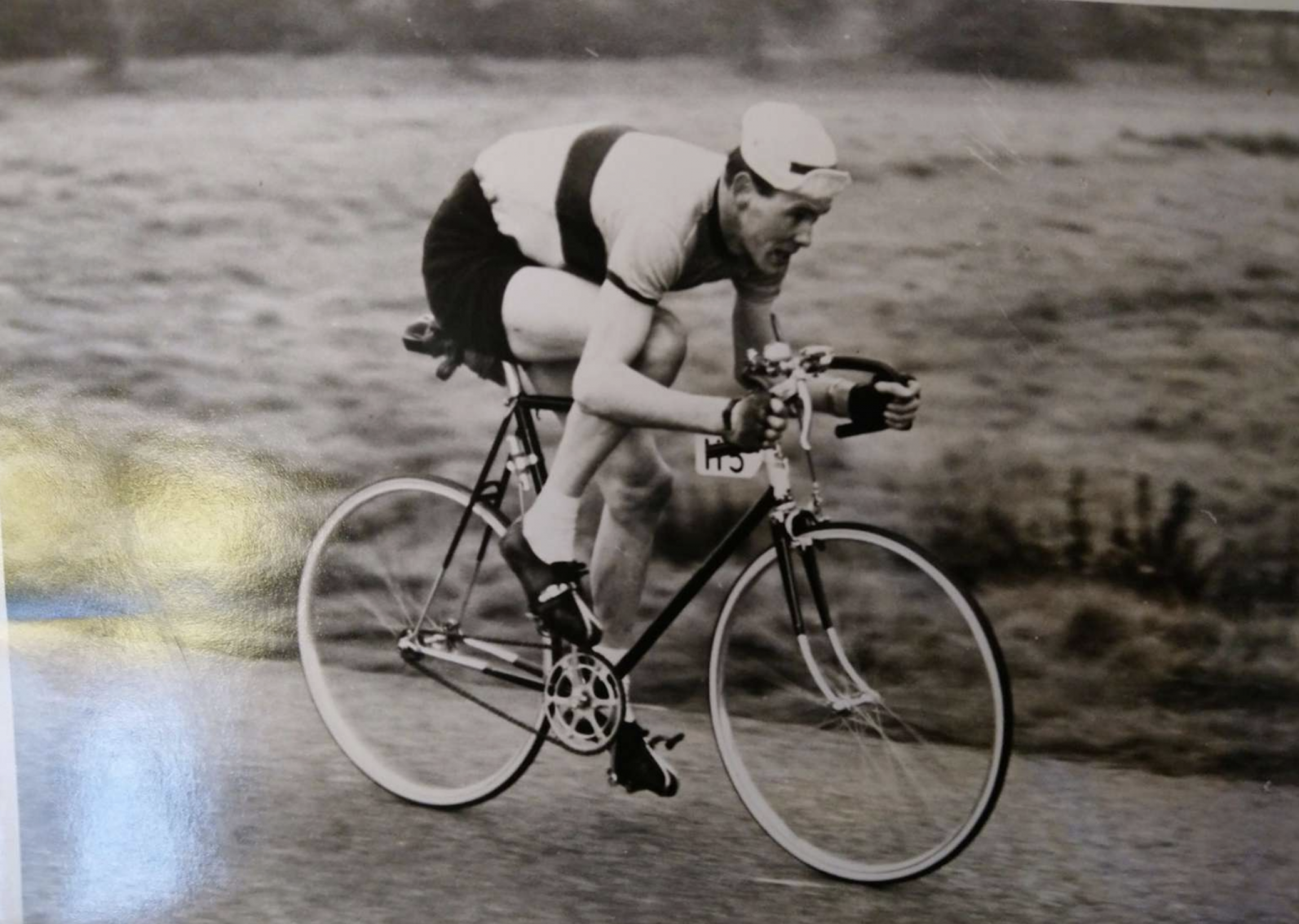 Russ Mantle racing in the Beckinghamd Wheelers 25 mile time trial in Crawley, UK in 1961. Russell came first with a time of 58.12 mins.

After his million-mile accomplishment, Mantle, a public works retiree, has done the math and thinks it is possible to log another million by age 100.

“My mileage is still decreasing each year. So, I might do between 5,000-6,000 average for the rest of my life,” Mantle said. “And that would be another million.”