For Barbara Langerwisch, a retired schoolteacher and resident of the former East Germany, the state's reunification with the West was a time of both excitement and loss.

After the Berlin Wall came down on Nov. 9, 1989, the 40-year-old socialist German Democratic Republic dissolved along with one-party rule, the Stasi secret police and the all-encompassing, five-year economic plans.

“It was crazy and terrific. But I also have to say that I had imagined, like many others, that we would have brought some things from our country.”

“It was crazy and terrific. But I also have to say that I had imagined, like many others, that we would have brought some things from our country,” said Langerwisch. “But in the end, we were simply appropriated. That’s a pity, and many things that were actually quite good were shut down.”

Related: Women in Germany's east earn close to what men do. Can we thank socialism for that? 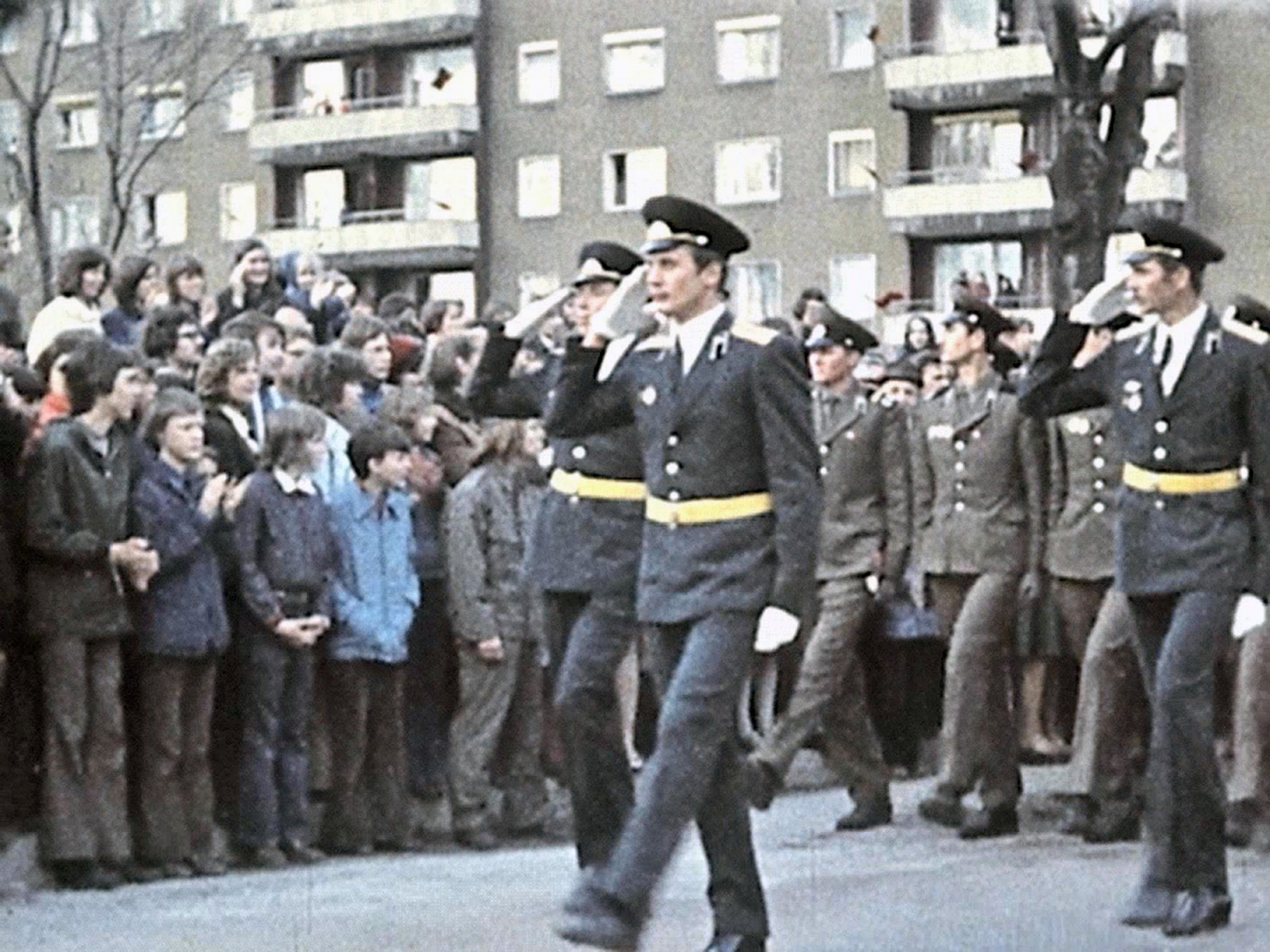 With reunification, a culture disappeared. And while East Germans adjusted to life under a united and capitalistic Germany, many found it was hard to talk about their past lives with West Germans who felt they already knew their story, and framed it usually in victimhood. But now, a unique, online archive of home films shot in the GDR is casting a new light on the extinct country and the lives of its citizens.

The Open Memory Box took six years of work, with a team of 30 digitizing and tagging 415 hours of footage from 150 families in East Germany between 1947 and 1990. The archive, which went live this past fall, features everything from a father playfully riding around on his daughter’s tricycle at a family get-together to children gleefully splashing around in a lake to people attempting to escape the country.

Related: In the former East Germany, Frank Zappa lives on as a beacon of freedom

Alberto Herskovits is a Swedish-based filmmaker who grew up in West Berlin. In 2011, he came back to the city, hoping to make a film about East Germany. But he was surprised when he realized that all these years later, many still felt uncomfortable speaking about their East German past.

“I think they didn't like to be stereotyped. The whole story about the East after the wall came down dealt with these topics that always were the same. The Stasi, the control, the lack of freedom, the grayness, you know, all of this.”

“I think they didn't like to be stereotyped,” said Herskowitz. “The whole story about the East after the wall came down dealt with these topics that always were the same. The Stasi, the control, the lack of freedom, the grayness, you know, all of this.” 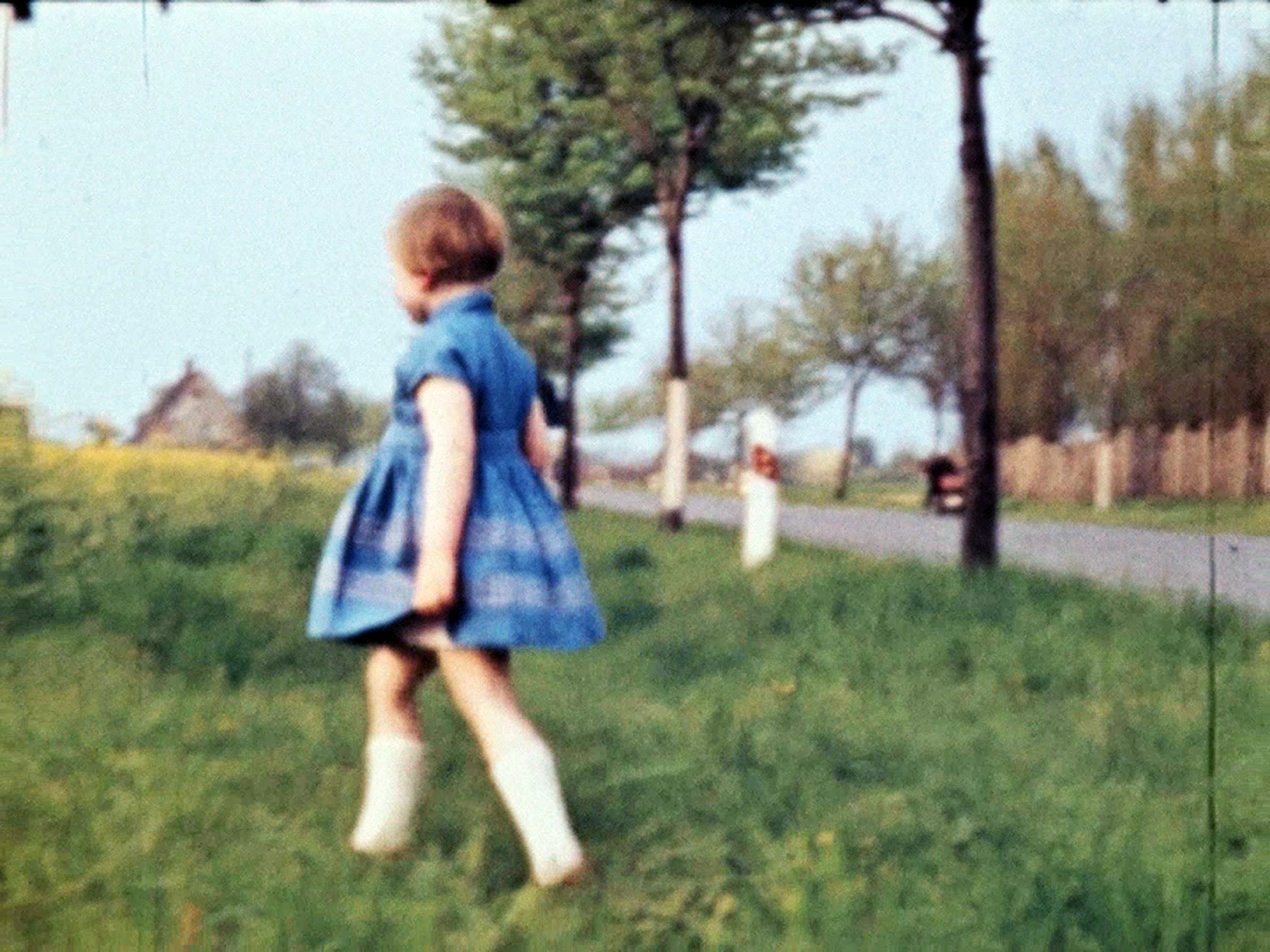 It was the persistence of these stereotypes and fault lines that made Herskovits and Canadian professor Laurence McFalls determined to do a project together on the former socialist country.

But talking to East Germans didn’t seem to get them anywhere. So, they decided to take a different approach. They made an appeal through the local press, asking former East Germans to send them their old 8 mm home films. They optimistically hoped to get 10 hours of video.

Their excitement turned to trepidation. “It was exciting, but then also, overwhelming, totally overwhelming because I felt like this is too much. How do we start getting a grip on this? How do we organize it? We had no idea.”

Related: A glimpse inside a defunct East German nuclear plant — and what it says about the future of energy in Europe

If you click on one of those tags, random clips flicker up on your screen. The idea was to present the material in a way that would be enjoyable and intuitive for people who don’t know the first thing about East Germany, Herskovits explained. 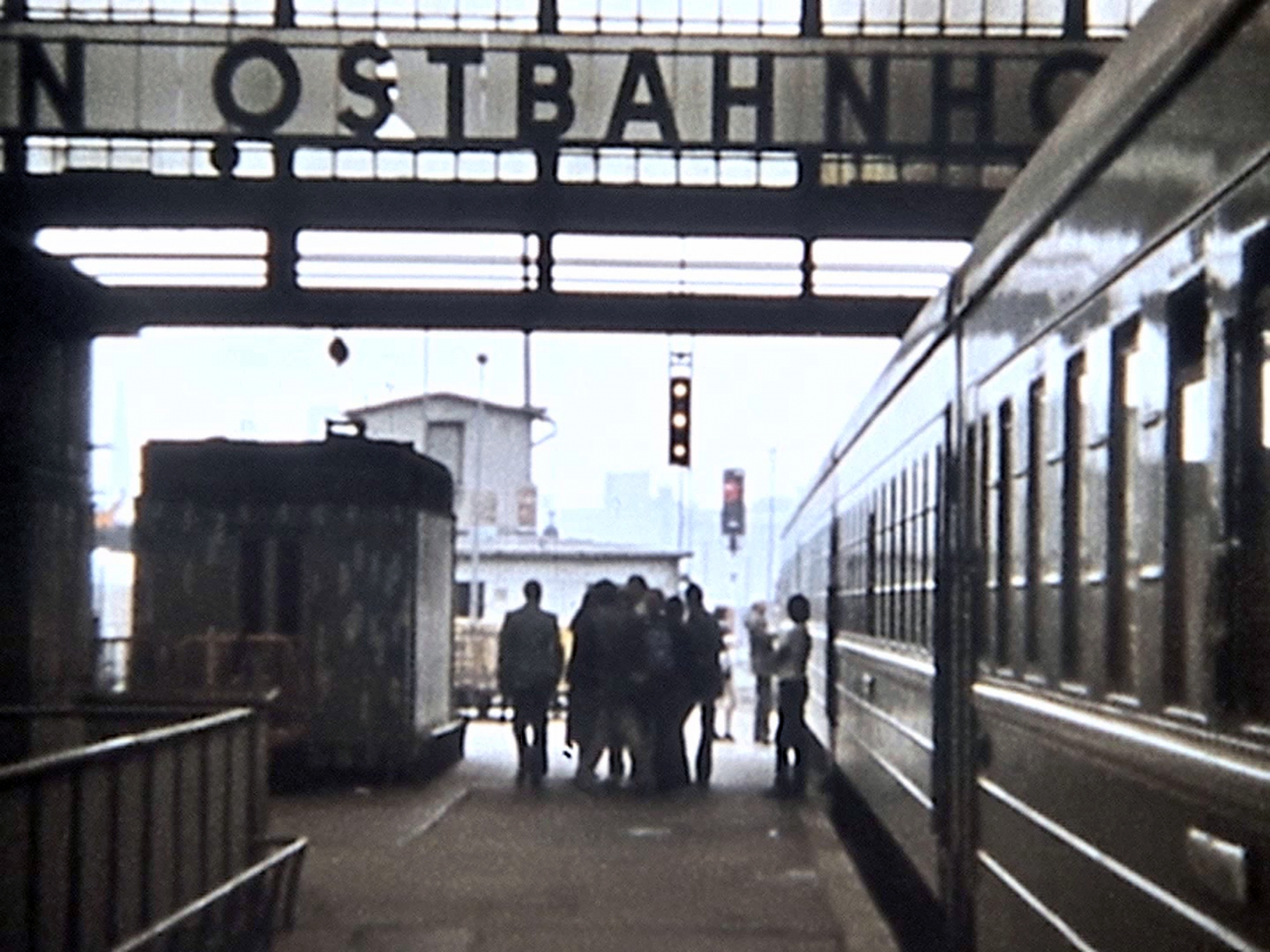 On the project’s website, from the assorted clips, you can also click to explore the raw tapes each snippet comes from.

“There’s a lot of things to be discovered; it is really exciting,” Herskovits said. “You can see a guy actually falling in love with a girl, and she with him. We have a guy who worked in the Soviet Union building the pipeline, and that’s really interesting footage.”

But home movies, while meaningful to the people in them, are often a little boring to others. Taken together, however, the films give an intimate look into a bygone time and place in a way that previously wasn’t possible. “You can see, you can feel that somebody had the urge to capture what was important for that person at the moment,” Herskovits said. 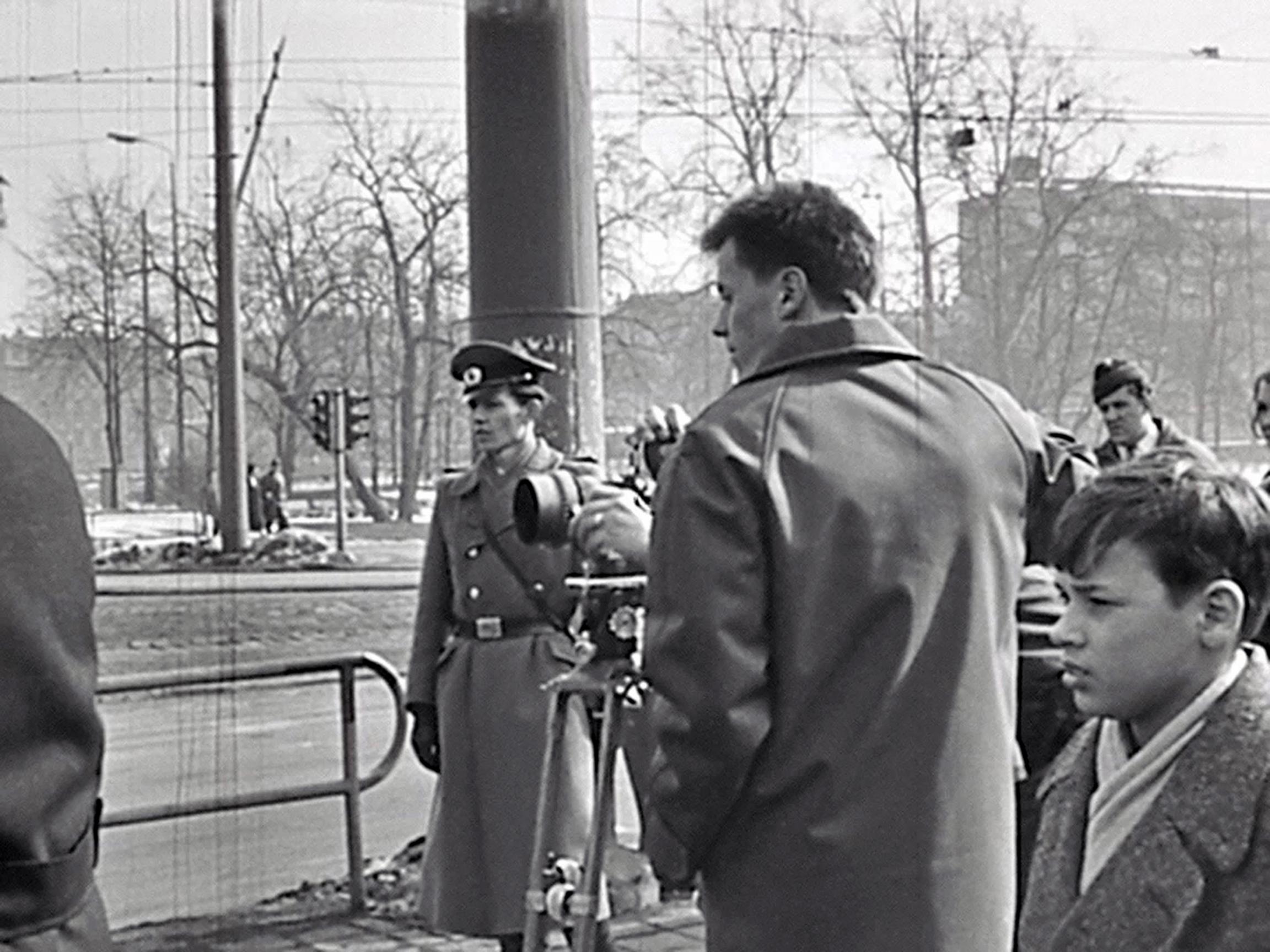 “You can only guess why, which is the fun part. So, that then that gives [the] footage also some kind of a touch of innocence and grandness actually, because these people really went out for no other reason than to say, ‘I want this to be remembered.’ And this is what makes this project so special — that for the first time, the private, everyday life of a people is being taken so seriously.”

Langerwisch was one of the people who sent in her old films to the project. Shot from 1968-71, the films are from the period when she and her husband were just starting their lives together. The camera they bought together for 80 marks was a tiny fortune for them.

“It was thrilling. We had forgotten so much. Our son is now 50, and he was 1 year old at that time. So, it was exciting to see.”

Through the Open Memory Box, it was the first time she had seen the footage in decades. “It was thrilling. We had forgotten so much. Our son is now 50, and he was 1 year old at that time. So, it was exciting to see.”

In the videos, she’s shown wearing a ’60s-style minidress, playing with her infant son on the grass, and standing on the side of a country road with her husband, hitchhiking their way to Prague, and on their honeymoon, exploring a hilly, winter wonderland. 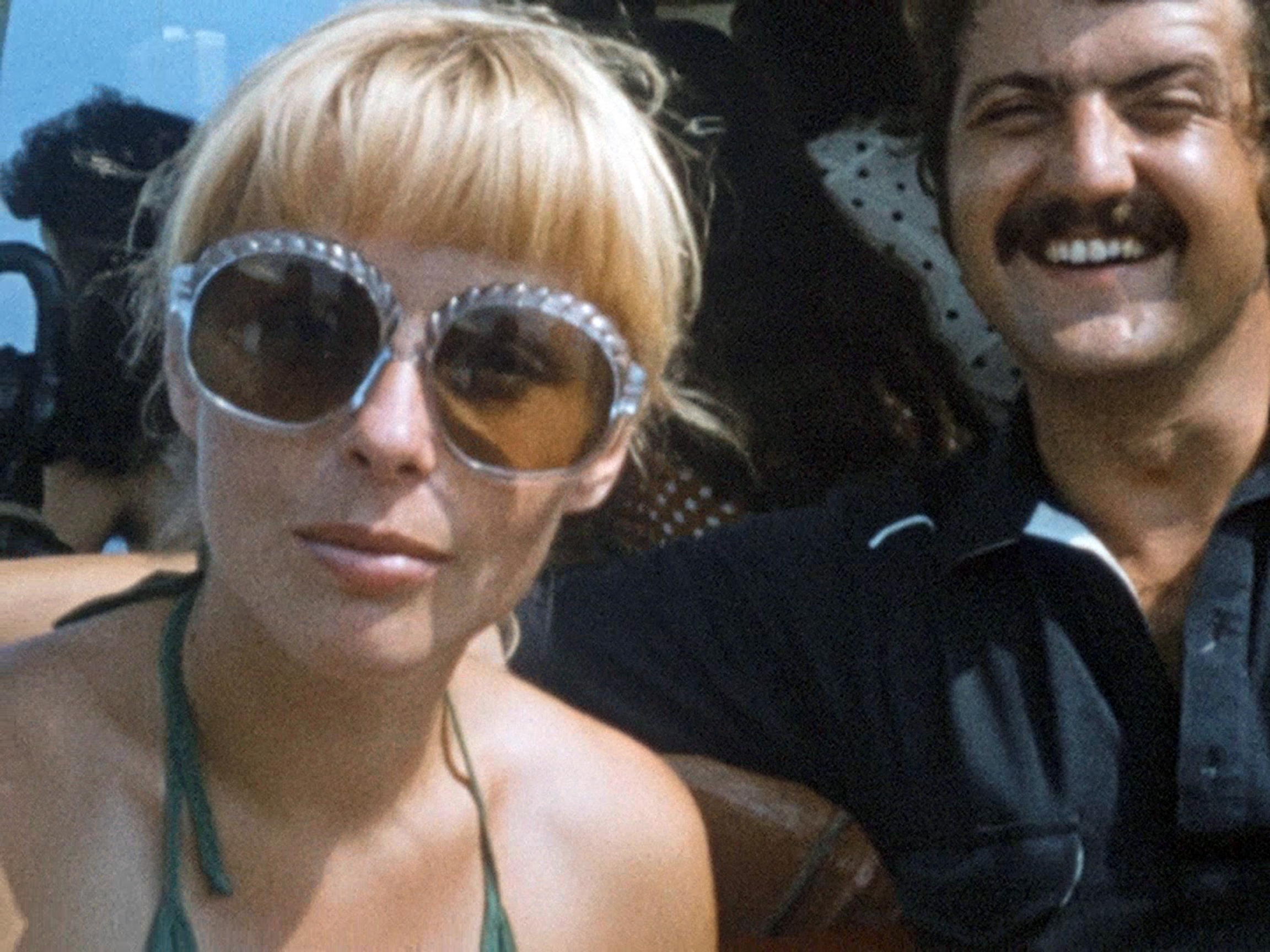 It’s not what you would expect from a country known for political suppression and characterized by one gray building after another. And for Langerwisch, that's the point.

“That's why I think it's so good that this Open Memory Box was created because these things — Stasi and the SED [Socialist Unity Party] that are always mentioned in the media as basically being the GDR — those were important, and should be mentioned. But not only,” she said. “There was also normal everyday life and that’s passed by a bit too quickly.”

For Herskovits, it’s all about breaking down stereotypes.

“It’s very exciting when people that maybe had quite stereotyped ideas about the East look at the footage and say, ‘I didn't know that this is what things looked like. There's color, there's happiness,  and there's people doing basically what we did too.’”

The movies show how “In the end, it doesn’t matter what regime you’re living under. You’re still trying to live a normal life, and you do.” 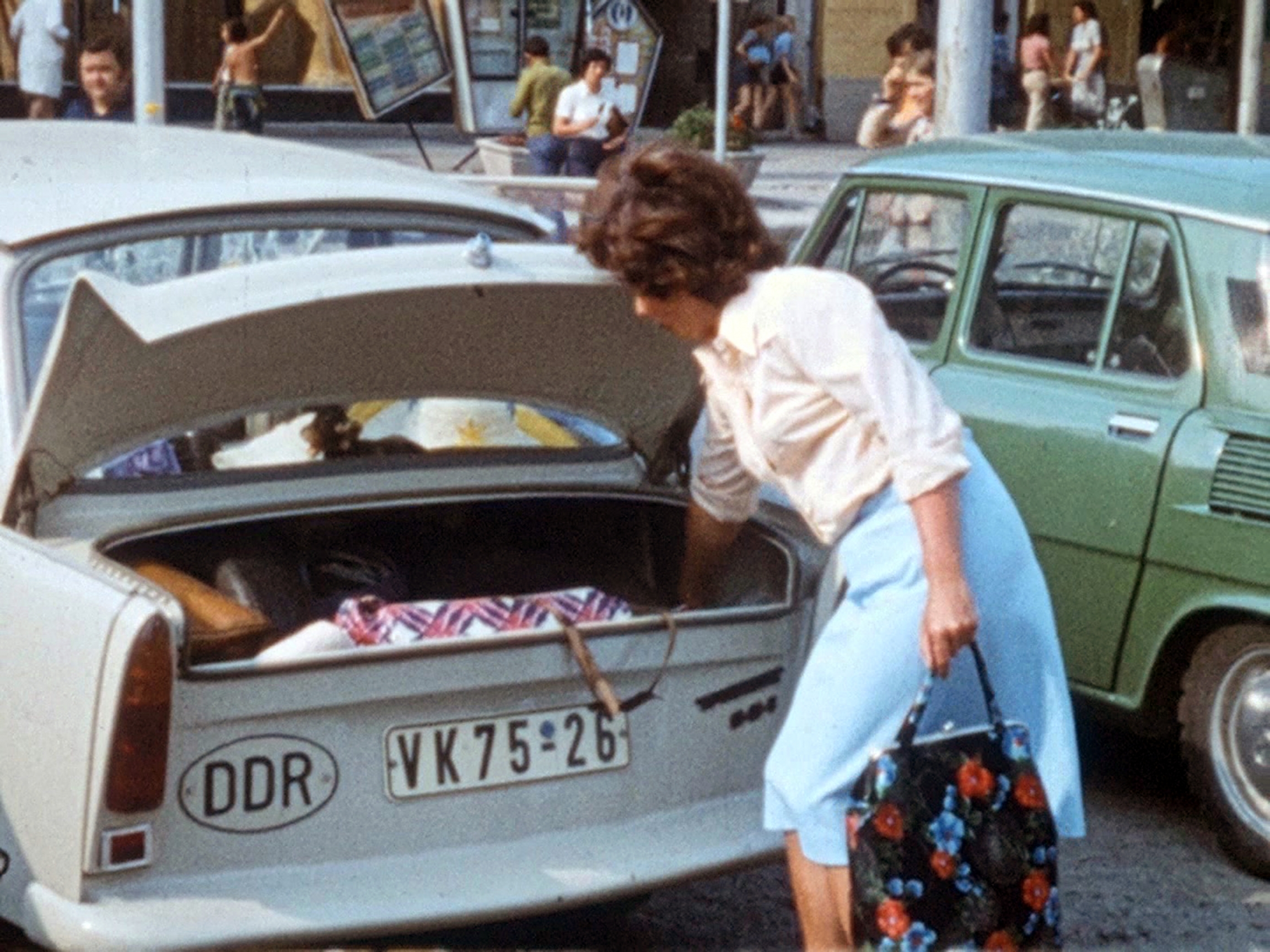