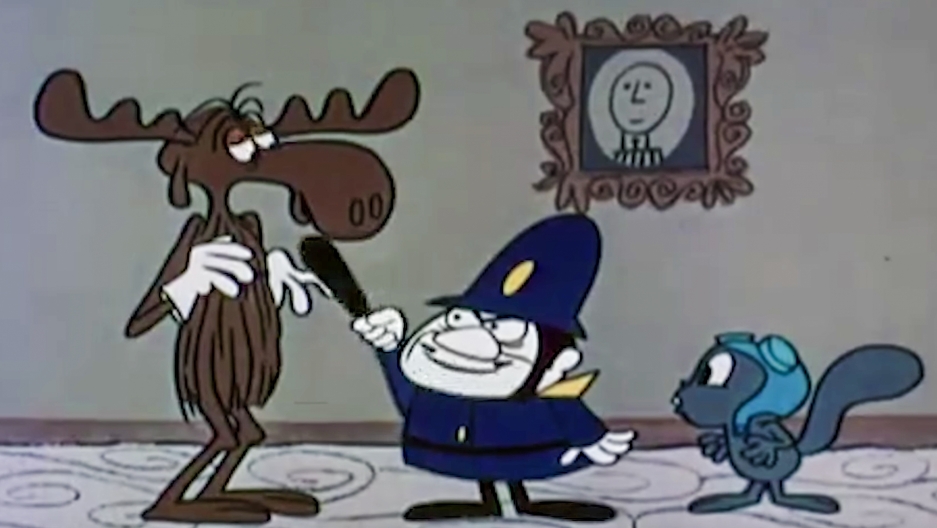 The Cold War was terrifying, but we have to admit: it made for some great entertainment, from “Dr. No” to “Dr. Strangelove.”

And then there was the kid-friendly version: “The Rocky and Bullwinkle Show.” That all-American squirrel and his pal the moose first sauntered across TV screens in 1959, hotly pursued by Boris and Natasha — the Russian-accented spies with a knack for falling on their own grenades.

Parodying the space race and the arms race between the US and the Soviets, “Rocky and Bullwinkle” also took its share of digs at the American government and military. And this was in the era of Yogi Bear stealing pies off window sills — never before had an animated cartoon carried such political currency. With its bungling Soviets failing to salvage a ruined economy, it looks strangely prescient in retrospect.

“It was like ‘The Simpsons’ of its time,” says Keith Scott, the author of “The Moose That Roared,” “except that ‘The Simpsons’ came at the right time whereas ‘Rocky and Bullwinkle’ came 30 years too early.”