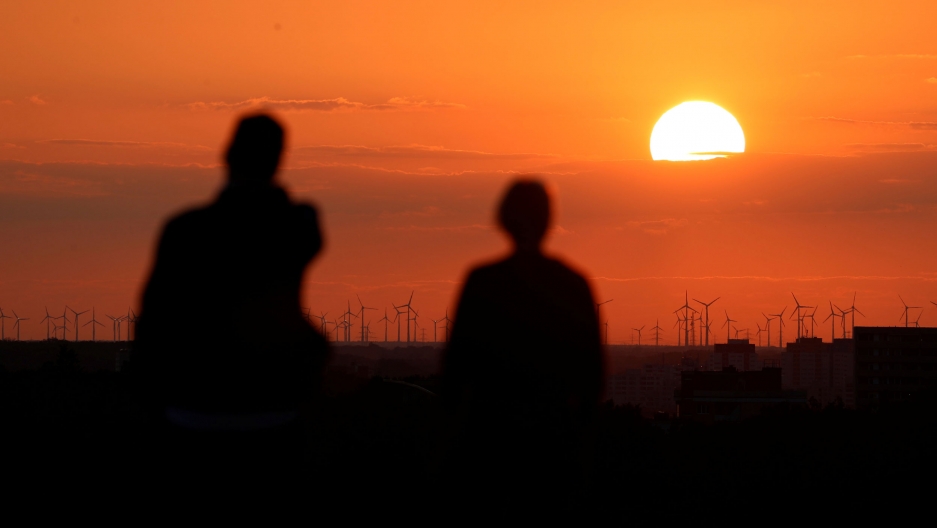 People watch on top of the Drachenberg hill power-generating windmill turbines during sunset in Berlin, Germany.

While nearly all of the world's countries have pledged to cut their greenhouse gas emissions, the reductions they're planning in the short term — over the next 10 years — aren't nearly enough, leading scientists warn in a new report.

Nearly two-thirds of the pledges under the Paris climate agreement are "totally insufficient" to meet critical climate targets, the report by scientists who have been involved in the Intergovernmental Panel on Climate Change (IPCC) found.

To keep global warming under 1.5 degrees Celsius (2.7°F) compared to pre-industrial times, the IPCC has found that global greenhouse gas emissions need to fall by about half by 2030 and then reach net zero by mid-century. The longer countries stall, the steeper the necessary emissions cuts become.

"Time is running out if we are to achieve the Paris targets," said Robert Watson, a co-author of the report and former chair of the IPCC.

"Without immediate action, we will almost certainly fail to meet the Paris targets," he said. "The current pledges, even if fully implemented, are placing us on a pathway to a world 3 to 4 degrees Celsius warmer — a world that would have devastating impacts on food and water security, human health, displacement of people and loss of biodiversity and degradation of ecosystem services, among other impacts." 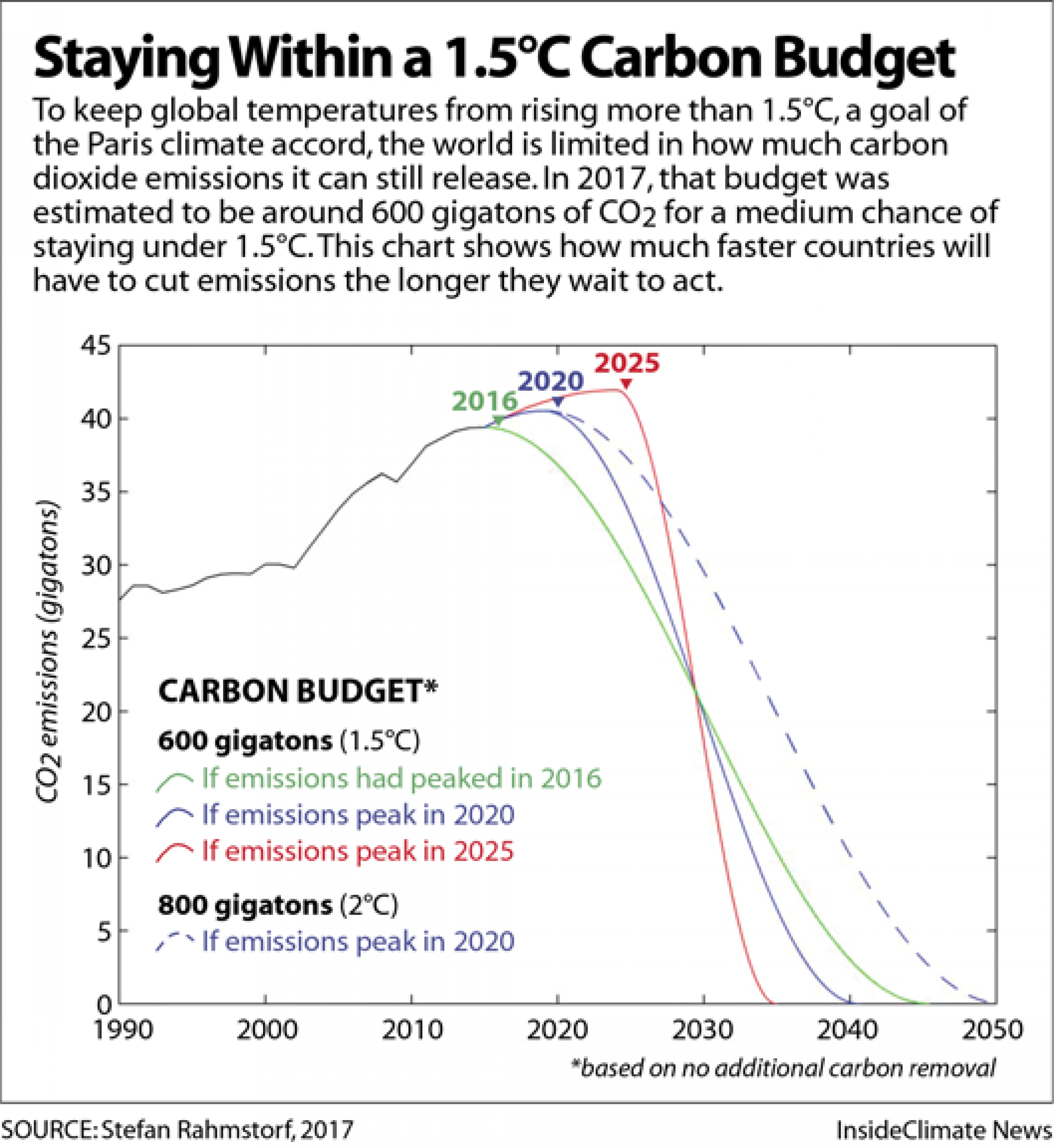 The report, published by the Universal Ecological Fund, assessed the initial commitments made by 184 countries that agreed to the Paris climate accord in 2015. (Under the agreement, countries are supposed to toughen their carbon pledges every five years.) It found that only 36 countries have made pledges that could conceivably reach the IPCC's 2030 goal. The rest are not ambitious or urgent enough — and many are unlikely to be achieved, it says.

The report comes as President Donald Trump formally began the process of withdrawing the United States from the agreement and reneging on the US commitment. Even that commitment—cutting greenhouse gas emissions 26 to 28 percent compared to 2005 levels by 2025 —  was not nearly bold enough, the authors say.

The world's top emitters—China, the US, the European Union and India — are responsible for more than half the world's greenhouse gas emissions. Among them, only the EU is on track to cut its emissions. China and India are expected to meet their Paris pledges, but emissions are projected to rise so substantially in both countries, that those goals are essentially going to be dwarfed.

Most of the countries' pledges rely on international funding or technical help, but some of those "may not be implemented because little international support has been materialized," the report's authors say. The Trump administration announced in 2017 it would stop funding the United Nations Green Climate Fund, which is intended to help developing countries reduce emissions and adapt to climate change.

"The US administration rejection of the Paris Agreement is a sad day indeed for the US," Watson said. "The US cedes moral and technological leadership to other countries.

This week, more than 11,000 scientists released another report emphasizing the same concern: The world's countries are not acting with enough urgency to forestall the climate crisis.

That report, published in the journal BioScience on the 40th anniversary of the first World Climate Conference, notes that climate researchers have been warning of the effects of climate change since the 1970s.

Yet, the authors say, "emissions are still rapidly rising, with increasingly damaging effects on the Earth's climate. An immense increase of scale in endeavors to conserve our biosphere is needed to avoid untold suffering due to the climate crisis."

The authors charted the changes over time of 15 ways human activities impact climate change, including subsidies for oil, air travel, population growth and meat consumption. They also tracked 14 symptoms of these activities, including increasing greenhouse gas emissions and rising sea levels and temperatures.

The authors said their goal was to provide an easy-to-understand presentation of the climate crisis — both its causes and outcomes. They also offered to assist policymakers in creating "a just transition to a sustainable and equitable future."

"The good news," they write, "is that such transformative change, with social and economic justice for all, promises far greater human well-being than does business as usual."

This story was originally posted at InsideClimate News.

InsideClimate News is a Pulitzer Prize-winning non-profit, non-partisan news organization that provides essential reporting and analysis on climate, energy and the environment for the public and decision makers. ICN serves as a watchdog of government, industry and advocacy groups and holds them accountable for their policies and actions. Already one of the largest environmental newsrooms in the country, ICN is committed to establishing a permanent national reporting network, to training the next generation of journalists, and to strengthening the practice of environmental journalism.