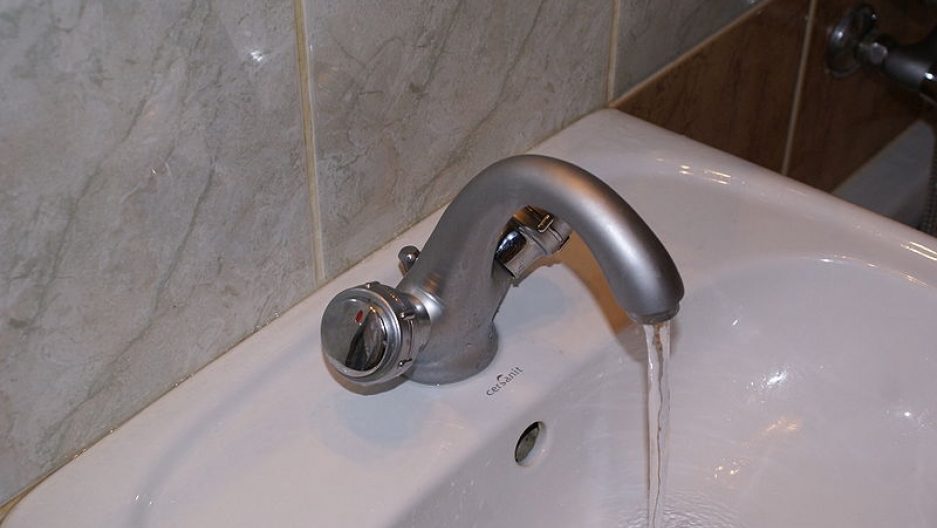 A recent investigation by Concordia Univeristy has found that Canadian cities, such as Montreal, have dangerously high lead levels in their drinking water.

This crisis affects as many as 300,000 people who live in the city, particularly in residents of old homes and apartment buildings.

Montreal Mayor Valérie Plante has pledged to spend millions of dollars to fix pipes throughout the city.

Patti Sonntag is the director and founder of the Institute of Investigative Journalism at Concordia University in Montreal and lead the investigation into the city's drinking water. She spoke with our host Marco Werman about the investigation's findings.

Marco Werman: What is the scale of the problem in Montreal? What did your investigation find?

Patti Sonntag: Well, the Public Health Authority told us that up to 300,000 people may be affected by lead levels of five parts per billion or higher, which is the federal guideline here in Canada.

Related: Newark, NJ, has a lead contamination problem in its water

Five parts per billion. How does that compare to, say, Flint, Michigan, where lead was also determined to be a problem a few years ago in the water?

So, in Flint, there were some very, very high levels, of course, as everybody's aware. But there were also a great many people exposed to lower levels. Experts from Virginia Tech, who led the charge in Flint, say that if you compare these levels side-by-side from Montreal and Flint, Montreal's are comparable, if not definitively higher. It's a massive problem here and there are tens of thousands of lead pipes. I'm hesitating to put a number on it because once we start talking about pipes on the private side of the property, the city doesn't have great records.

We're talking lead pipes that are essentially corroding into the water supply, is that right?

Yes. All water is corrosive. In Montreal, we have so many lead pipes that it's more of a problem. You know, it's an old city.

Well, young people are very susceptible to it. Health Canada tells us that two in 1,000 children will be affected by intellectual disabilities if they are exposed to lead levels over five parts per billion. If we think two in 1,000 and there's 300,000 affected people, that's an awful lot of kids.

Montreal is an old city. It's got old pipes. Walk us through the roots of this lead problem.

Montreal has tens of thousands of lead pipes and in 2007, the city was advised to start putting orthophosphate in the water. That's a substance that protects everybody because it coats the inside of the pipes and makes sure that no more rusting or dissolving happens. But that wasn't done and now the experts told us in our reporting that orthophosphate can no longer be added to the water without causing increased levels of lead. And so Montreal is in quite a bind.

Well, I mean, are there some solutions that may be workable?

Well, the mayor has announced that the city will be investing $557 million in replacing the public side of the lines, the city owned lines. But there are a lot of other steps we can take. Providing the appropriate filter, NSF 53, or 58, our research shows us and the experts tell us, are the best solutions.

Yeah, but there must be some serious challenges before getting to those solutions. You've got to stop the lead from getting into the water. How does that happen?

Well, Montreal isn't able to take the steps necessary to prevent the lead from getting in the water, so it's going to be a long-term solution here. The city of Montreal has said that they will have all of the public side pipes removed by 2030, which is four years behind schedule. But there are tens of thousands more pipes on the private side. Just like in Flint and Newark and Washington, these are long-term problems and they need to be in the public eye.

Related: US Army moving to address crisis over lead paint in base housing for children

How aware were Montreal residents that lead levels in their water were so high?

The Public Health Authority has from time to time told people here that there was lead in the water but the information, our research shows, was misleading and said the risk was limited to pregnant women and young children only. Now, that's partly because Quebec has been using a very old testing method that dates back to the last century and was very misleading about the results. So, our students and journalists all across the nation tested lead using the same methods used in Flint and recommended by Harvard, and we found extraordinarily high levels which prompted change in laws here.

Was Quebec or was it all of Canada using this antiquated lead testing system?

In Quebec, it was provincially mandated, so everybody had to do it. Now, the premier here has announced that this will be changed. It is still in use in some municipalities in Ontario as well. Other than that, we haven't encountered it, that I can think of.

Do you recall lead in water supplies being a concern when you were growing up in Canada?

Well, I remember my dad telling me that the city was removing the pipe I grew up with. So, clearly the city was on it then, and I got a big mouthful of the water and I remember him taking the glass away from me and telling me not to drink it. But that was the only time between the time I was a kid and when we did this study and it really took me by surprise and the students and the journalists and the residents who stepped forward to test their drinking water were taken by surprise by the results in their homes.

When these results came in, your investigative team reached out to the mayor of Montreal, Valérie Plante. What came out of that conversation and what has the city vowed to do now?

Well, we sent some reporters to the mayor's street and they tested on her street and found high levels. We could also see in the data that homes around hers had high levels and she herself is a landlord. She expressed concern about her tenants and her children. In that interview, she pledged to spend hundreds of millions more on replacing the pipes, to provide financial assistance for homeowners so that they could replace their pipes, and to provide information openly, which would be nearly unprecedented in Canada, outside Ontario. There are internationally recognized best practices in reducing lead in drinking water and the city committed to many of them.

As a resident of Montreal, how confident are you feeling right now about your own water?

Actually, the landlord told me that the pipes in this building are very old and very bad. That was one of the reasons I went out and bought a filter right away.