Some of the pilgrims arrive by buses, others by trucks, some by moto-taxi — but the vast majority walk.

Pilgrims arrive from Ecuador, Colombia and from different parts of Peru — from distances that take some people six months to reach Ayabaca. 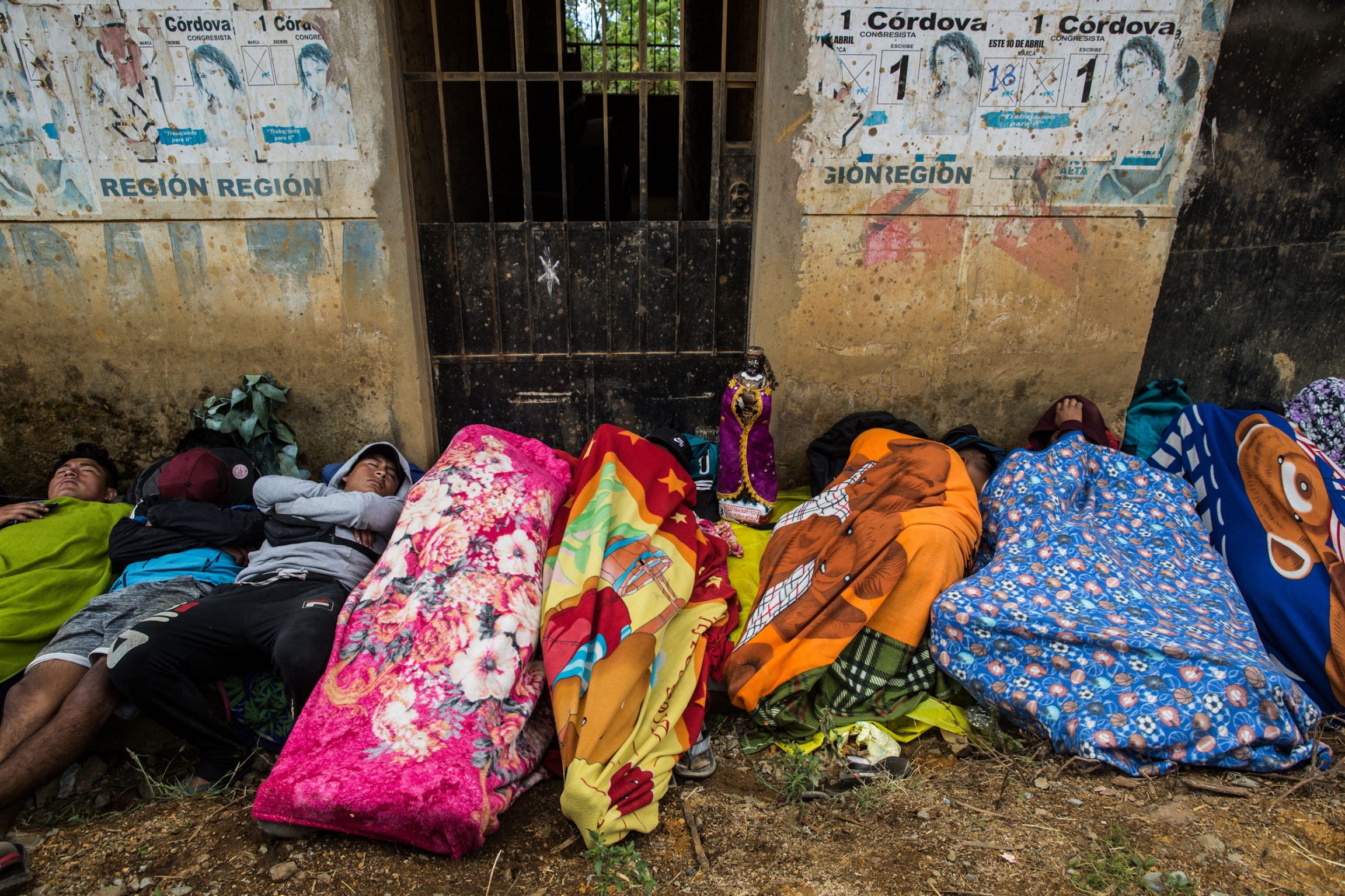 Pilgrims rest on the road on their way to Ayabaca. There are devotees who walk for days, weeks or even months — some pilgrims walk more than 1,000 miles to reach Ayabaca in October.

In June and July, it is common to see pilgrims in traditional purple clothes passing through the southern tip of Peru on their way to Ayabaca. 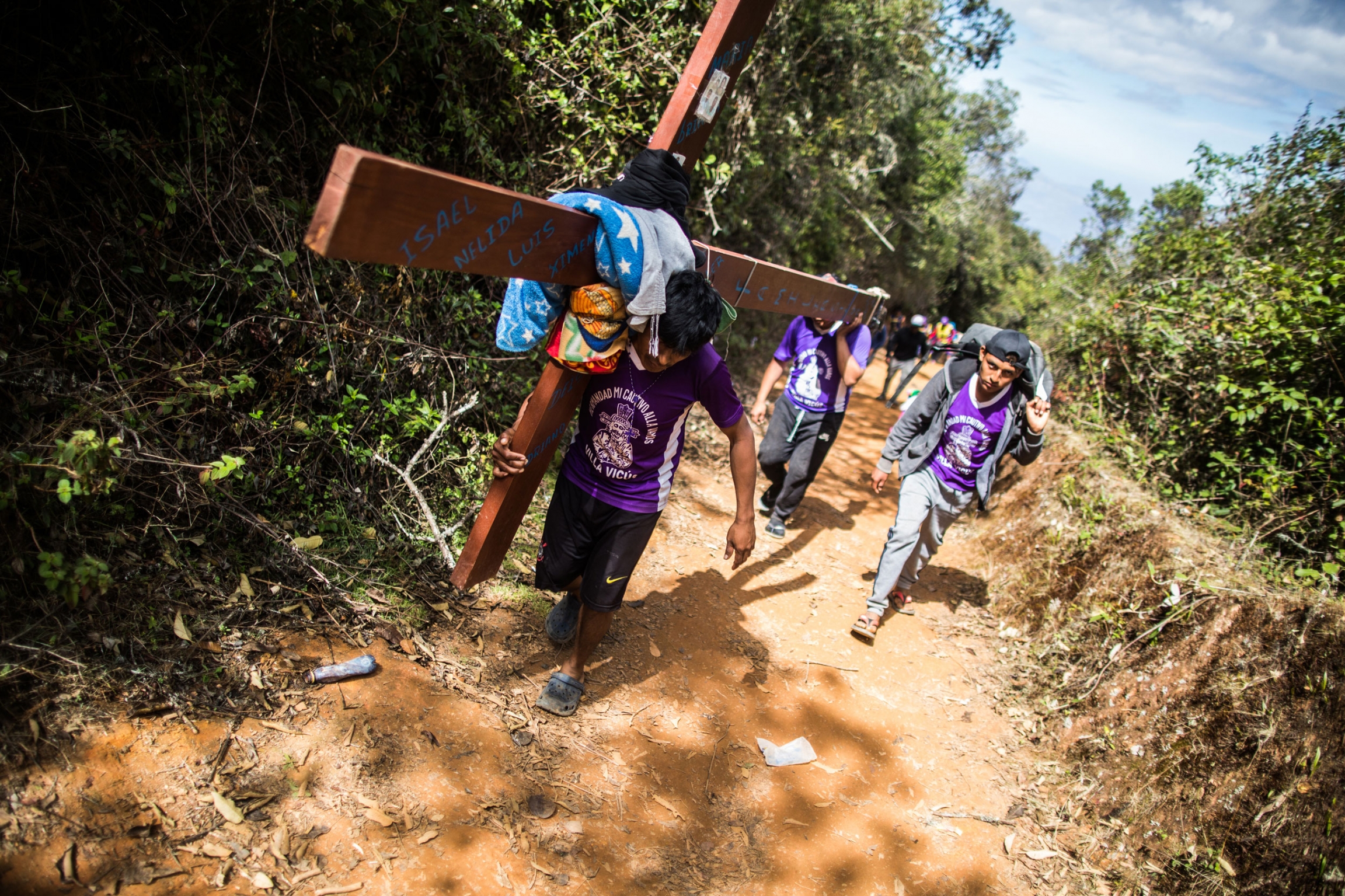 A pilgrim carries a cross in an area known as the “Devil's Nose.” It’s the last section before reaching Ayabaca. The crosses can weigh more than 200 pounds.

The journey to the Land of the Captive is an act of great devotion. Pilgrims often carry a cross in tow, while others, when they arrive in Ayabaca, crawl on the ground as a sign of penance or promise for a miracle granted. 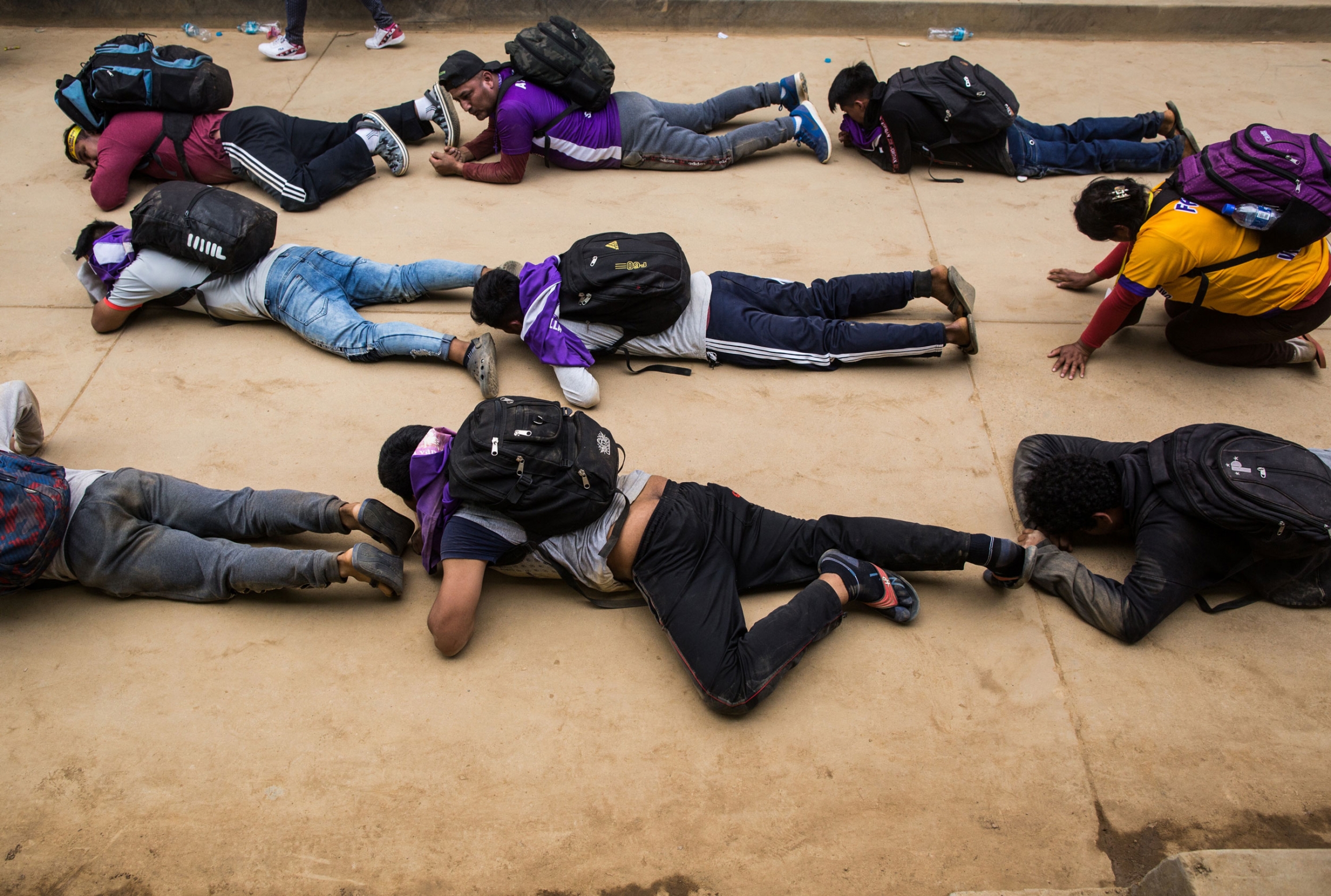 As a penance, Captive devotees crawl on the ground for more than 1,000 feet. Some people move backward, others are face down in an act of penance and crawl in gratitude for either a miracle granted or in hope for a miracle. 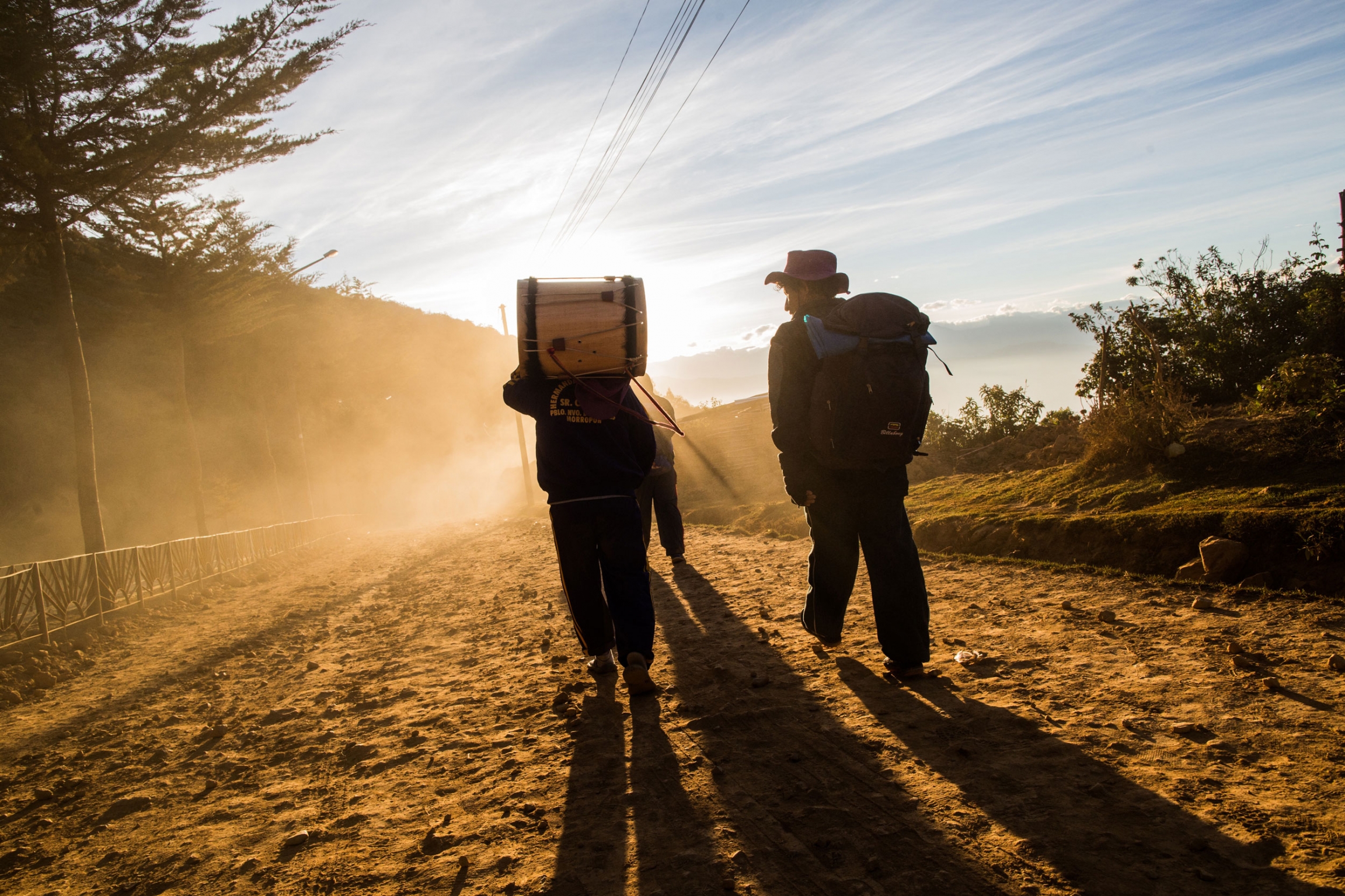 Some pilgrims bring musical instruments, and their songs can be heard along the journey to the Land of Captive. These groups of pilgrims are called "brotherhoods."

According to legend, in the mid-18th century, a Spanish priest named García Guerrero wanted to give his people in Ayabaca an image of the Lord. Guerrero decided to use part of a cedar tree locals considered divine. According to the story, when a farmer cut the tree down, it had bled blood. 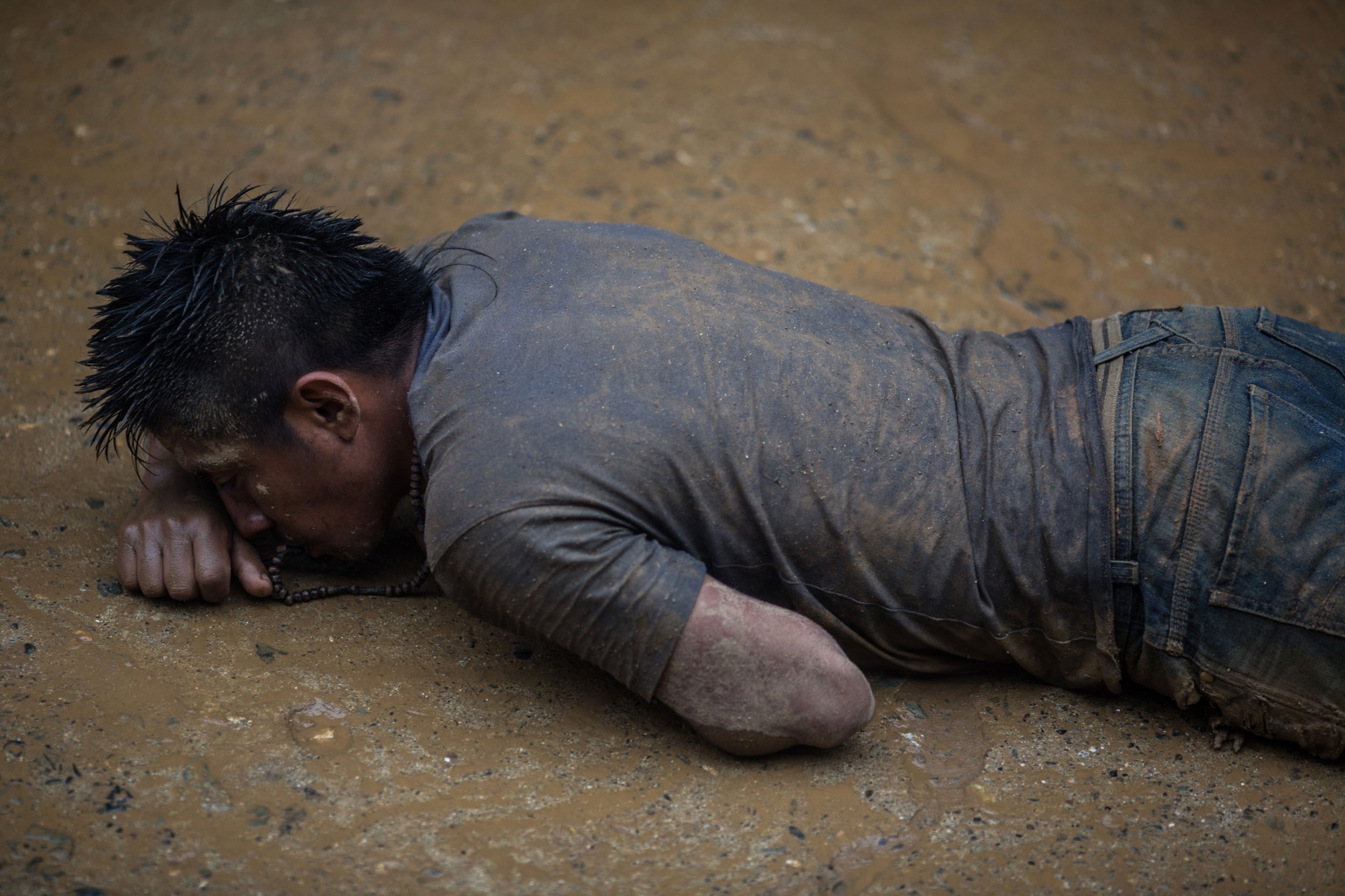 Pilgrims do not hesitate to crawl on their hands, elbows and knees in the mud and rock of the mountain as an offering in exchange for a miracle.

As the story goes, three men dressed in impeccable, white woolen ponchos arrived in the village on three albino horses. The men pledged to sculpt the image of the Captive under three conditions: That nobody saw them work; that the village provide them with one meal a day; and that the price of the work would be agreed on once completed.

The villagers did not hear from the men for several days and decided to approach the house where the carving was taking place. With no answer, they thought they had been fooled. 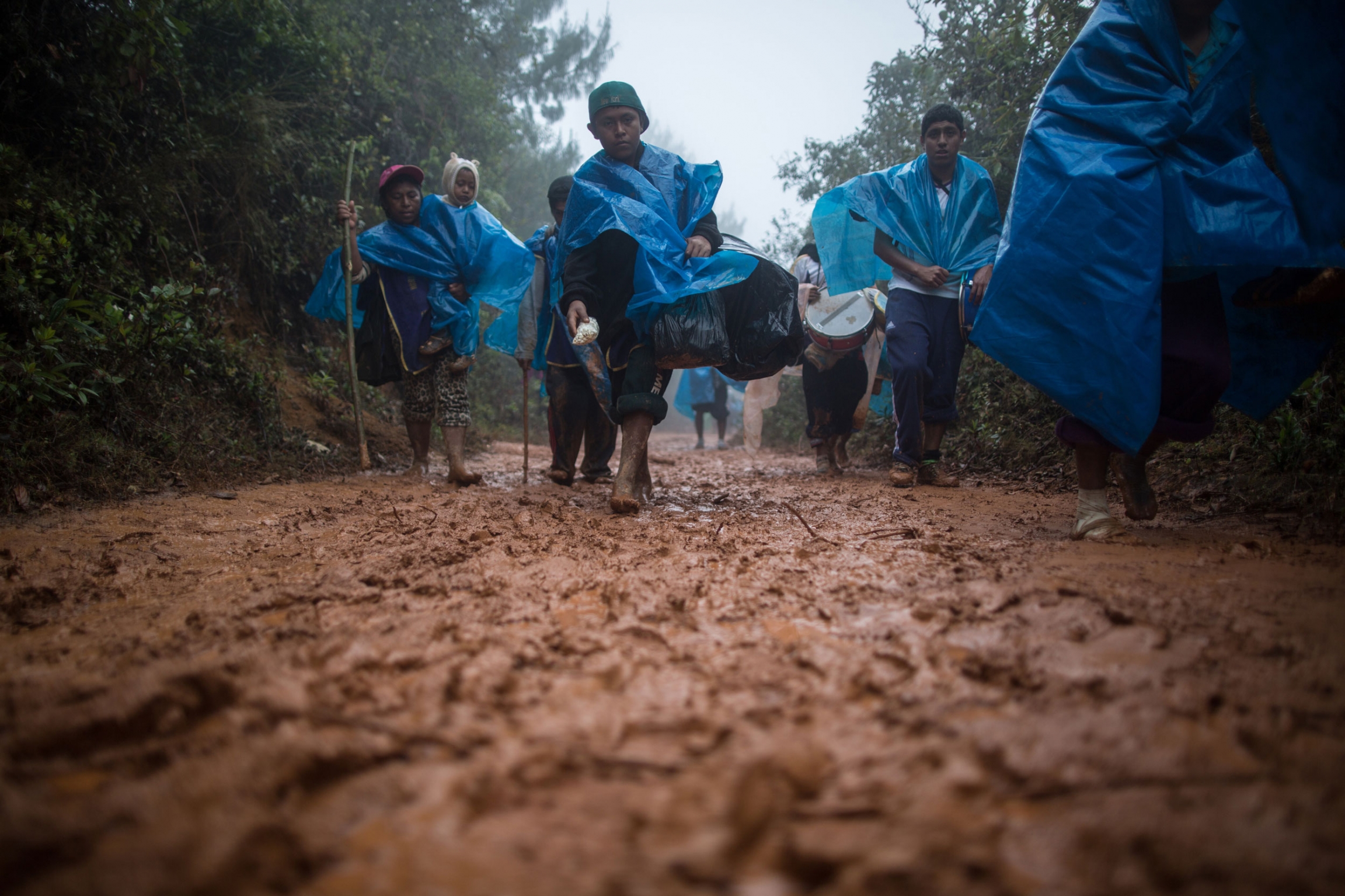 The rains in the Andes can make the trip longer and more dangerous. When it rains in the area of the Devil's Nose, the mud makes this last section before reaching Ayabaca, even more difficult. Walking without shoes, as these pilgrims are doing, helps in the ascent to Ayabaca. 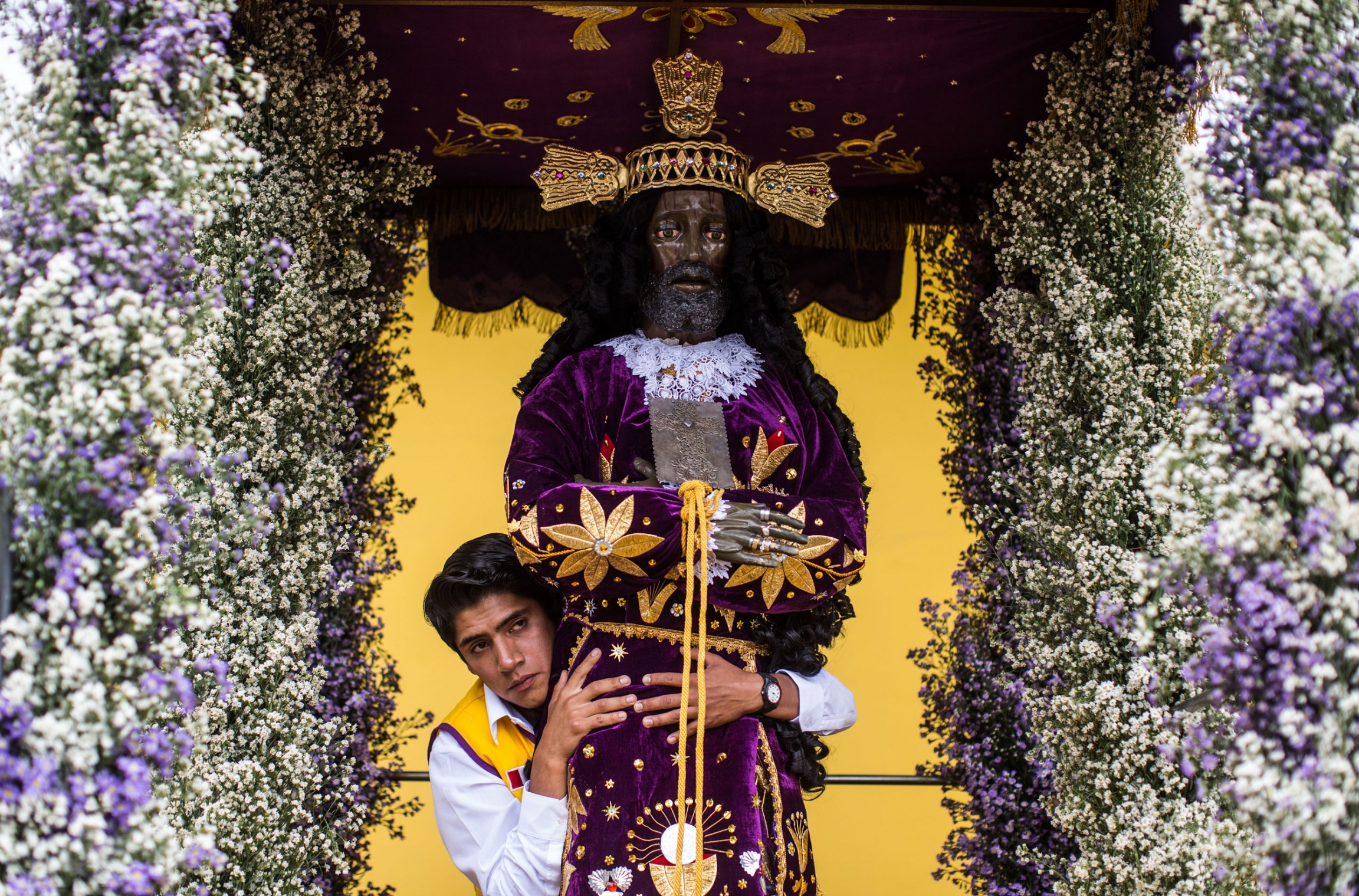 A pilgrim in Ayabaca wraps their arms around a depiction of the Captive.

The villagers forced the door open, but no one was there. Instead, they found an imposing and majestic sculpture — the sculpture of the Captive with his hands crossed. According to the legend, only then did they realize that the sculptors were angels, who after finishing the sculpture, took flight and left. 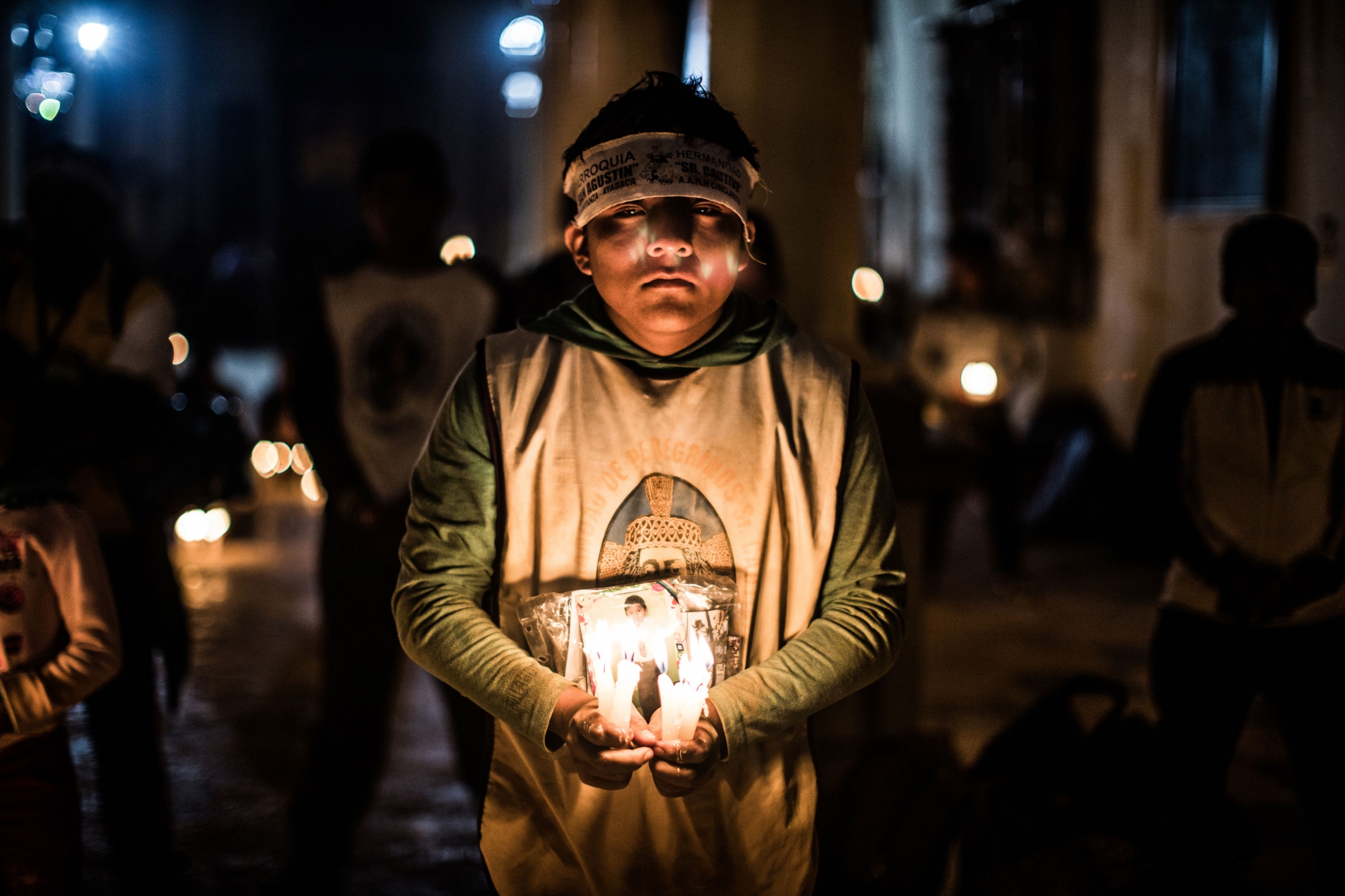 A pilgrim prays in the Temple of the Captive. Thousands of pilgrims walk days or months just to be able to look at and pray to the Captive.

The pilgrims of the Captive are quite well known. When people see them along the route, they give them water, food and money as they pass through cities and villages. Many pilgrims travel days or months just to be able to see and pray at the Land of the Captive.

Neither distance, nor desert sun, nor rain, nor fatigue are obstacles for the pilgrims to make their spiritual journey to the Captive Lord of Ayabaca. 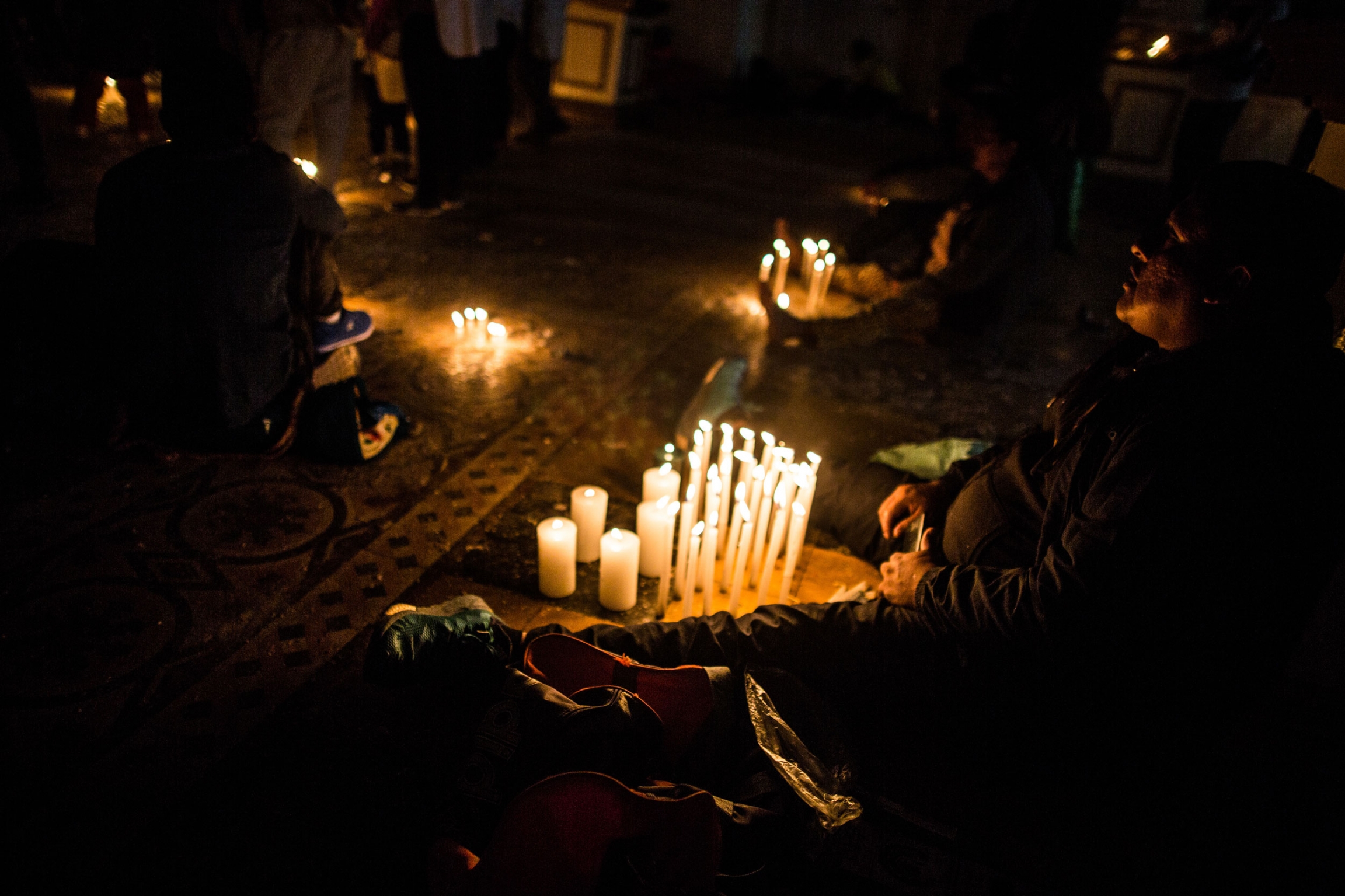 Pilgrims light candles in the Temple of the Captive Lord to ask for a miracle for either themselves or a family member. Many miracles have been attributed to the Captive by believers — lame people who walk again, people who recover from drug addictions or patients who healed from their illnesses. In October of next year, the roads leading to Ayabaca will be filled with pilgrims.