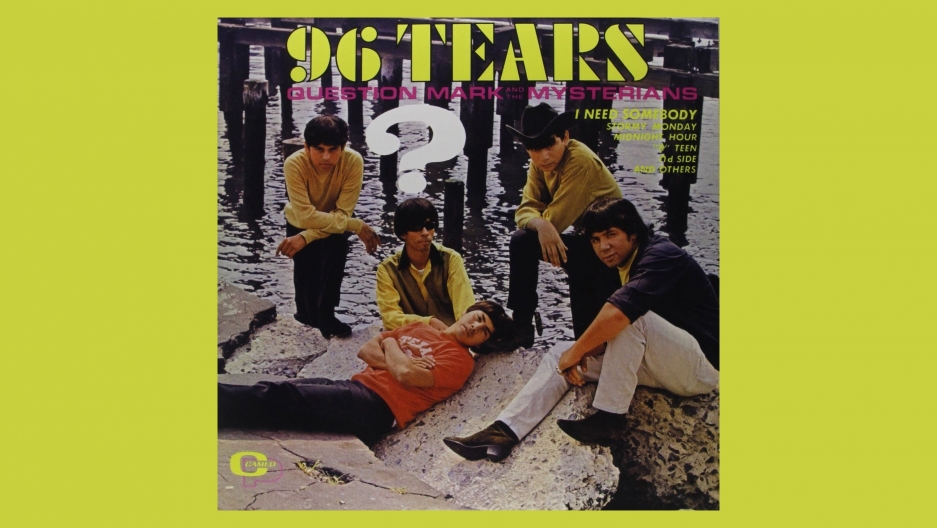 In the mid-1960s there was a fresh sound coming out of Detroit, and it wasn't quite like the bouncy, chart-topping hits of TV pop band The Monkees, or the soulful R&B coming out on the city's own Motown label.

With locally successful artists like Bob Seger or Mitch Ryder and the Detroit Wheels putting out their first singles, Detroit and the surrounding suburbs and cities were forging their own rock ‘n’ roll vibe.

"96 Tears" by ? and the Mysterians (spoken, naturally, as “Question Mark and the Mysterians”) was part of this Detroit wave, and the song was darker and grittier than most pop at the time. The band was a five-piece from Saginaw, the sons of Mexican workers who had moved to Michigan to work on farms and in the auto industry. Fronted by an enigmatic lead singer, Question Mark, the Mysterians took their name from a Japanese sci-fi film, and went from recording in a living room studio in Bay City, to their national television debut on "American Bandstand" in a matter of a few months.

Although “96 Tears” would become the Mysterians’ only chart-topper, the tune also fed the growing Latin influence on pop music in the 1960s. The song's famous keyboard line struck many fans as similar to Mexican accordion melodies, which themselves were a spinoff from Polish and German immigrants.

But "96 Tears" and this group of Mexican teenagers also anticipated a movement coming out of England and New York: punk. Rob St. Mary, director of the Detroit Punk Archive, says, “Legs McNeil, who was one of the editors of Punk Magazine said it's a safe bet it’s the first garage punk song. With its piercing organ riff, bare bones vocals and lo-fi production, outside of the organ, that's everything you want that will come later."

Studio 360's American Icons Series is supported in part by the National Endowment for the Humanities.