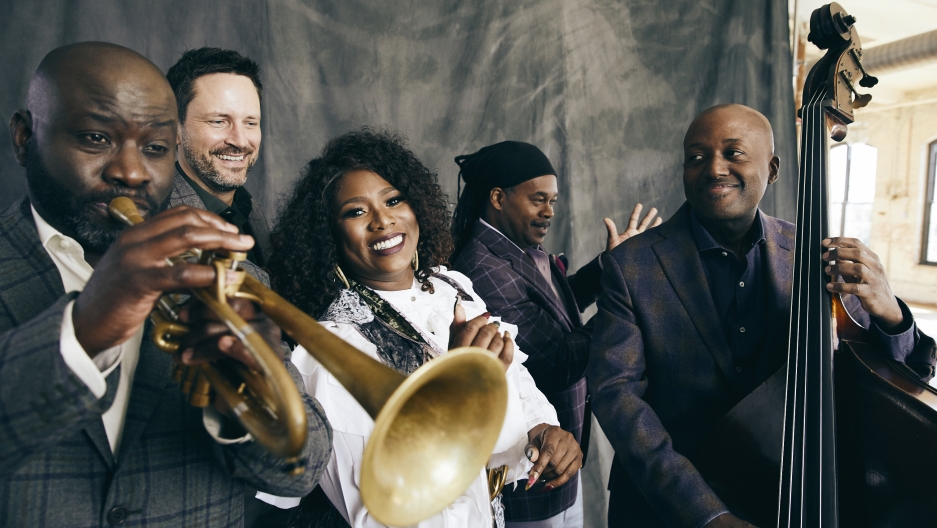 Ranky Tanky is a five-piece band that formed three years ago in Charleston, South Carolina. That geography is highly relevant: Their music is rooted in the regional Gullah culture, descendants of West African slaves who lived on isolated sea islands along the coasts of Georgia and the Carolinas.

Some of Ranky Tanky’s members were raised in the Gullah community, and now they’re incorporating that centuries-old musical tradition into their own chart-topping jazz-influenced hits. After performing a few songs live in Studio 360, the band members break things down for Kurt Andersen and explain what makes this music “Gullah.”

“You have to remember that in the beginning of all this there was no bass, there was no guitar,” says Ranky Tanky trumpeter Charlton Singleton. “You basically just had people that were singing, clapping their hands, stomping their feet. That's the heartbeat of it all, that distinctive Gullah rhythm.”

Ranky Tanky’s new album, “Good Time,” is out now, and you can catch them on tour across America through the spring. And if you’re in New York City, they will be playing at the Blue Note Jazz Club, November 5 and 6.