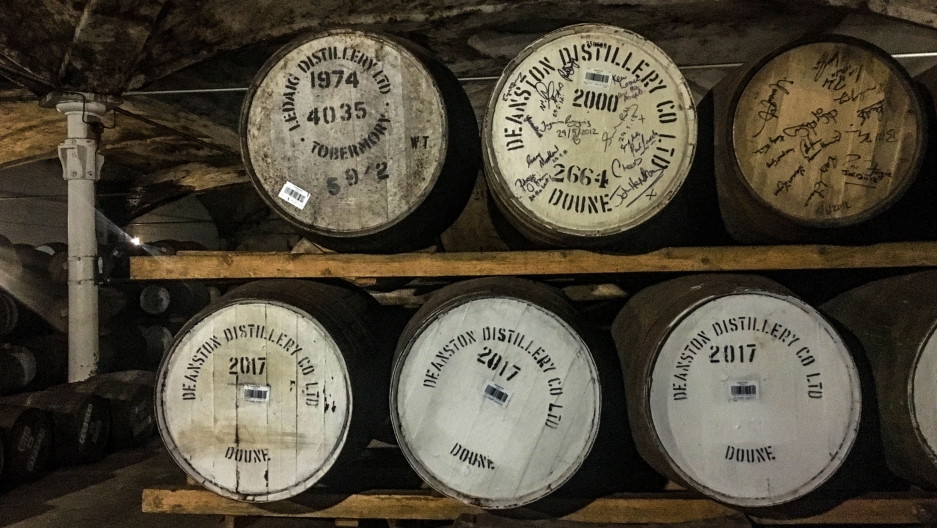 Barrels of Scotch are stacked on shelves at Deanston Distillery, about 30 miles outside of Glasgow.

Scotch is arguably Scotland’s most famous export and certainly one of its most lucrative.

And beginning Friday, single malt whisky exports from Scotland heading to the US will carry a new 25% tariff.

The World Trade Organization gave the US a greenlight to impose retaliatory tariffs on $7.5 billion worth of EU goods earlier this month after the organization found that Airbus and Boeing received billions in illegal subsidies. It’s the latest in a 15-year battle.

But Scotch stands to bear the brunt of the tariffs, which comes only a few weeks before Scotland stands to leave the EU if a Brexit deal is reached. And if a no-deal Brexit happens on Oct. 31, distillers are worried about new taxes from the EU.

Single-malt whisky represented over half of the total value of British products on the US tariff list, amounting to over $460 million, according to the Scotch Whisky Association.

At Deanston Distillery, about 30 miles outside of Glasgow, the news of the impending tariffs is a big worry. About a quarter of Deanston’s single malt Scotch is shipped to the US.

“We feel we are being dragged into a trade dispute which I believe is about aircraft,” said John Alden, head of commercial excellence at Deanston. “And it feels slightly unreal, as a craft Scotch whisky distiller that we are having to pay a massive tariff.” 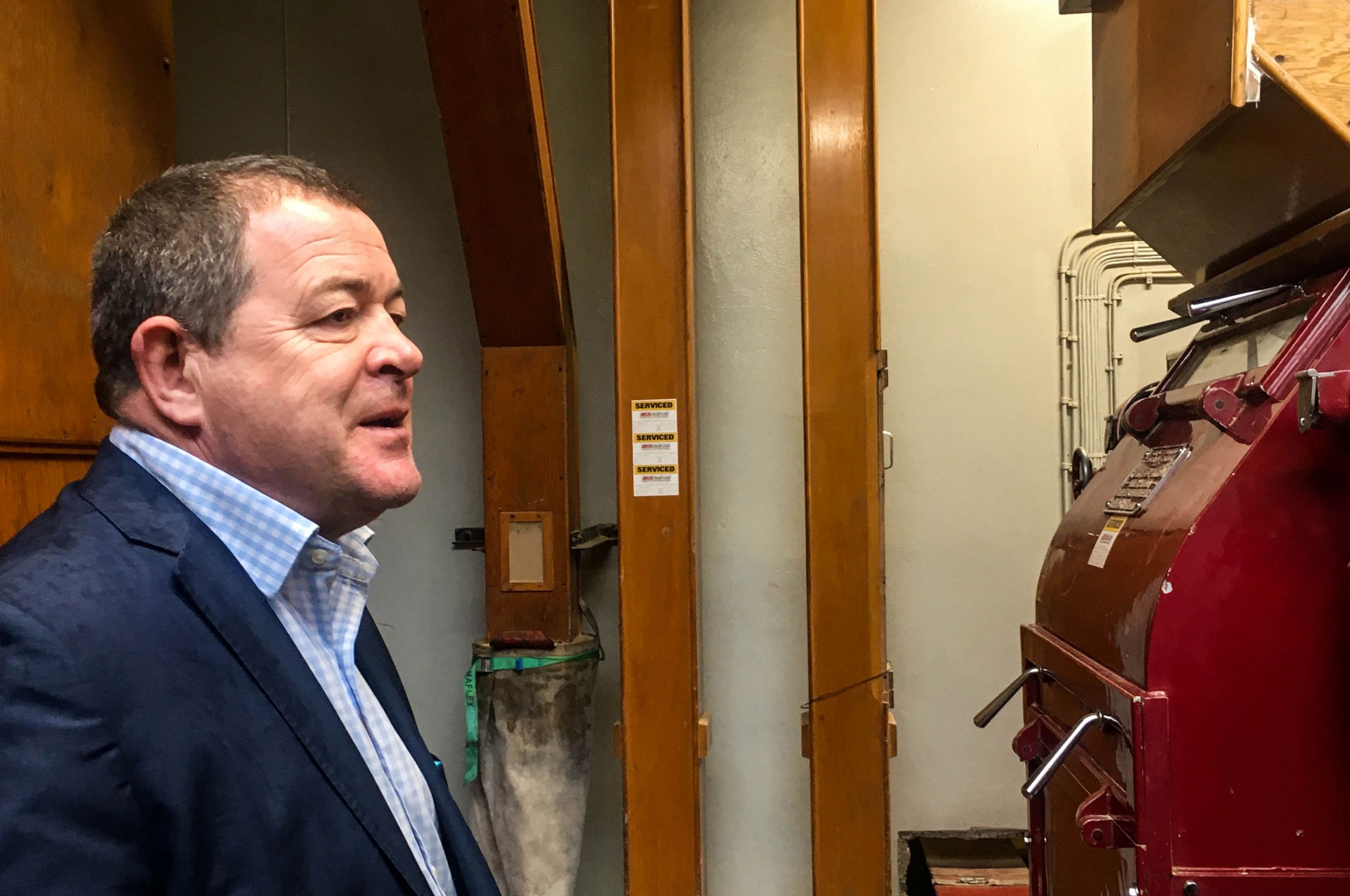 John Alden, head of commercial excellence at Deanston Distillery in Scotland, looks at a malt mill at the distillery.

Alden grew up around whisky. His father worked in customs and excise, checking to see if distillers were obeying tax laws. Alden remembers seeing his father pour a bottle of illicit whisky down the sink rather than drink it.

“Will that slow it down? I don’t know,” Alden said. “We work very hard to build our brand.”

Alden says a “brand ambassador” travels around the US to promote their Scotch.

Related: How a German banker tasted his way into an ambassadorship — for Scotch whisky

“We like to think we will be resilient, but genuinely, we don’t know,” he says. “Will people switch to something else? I hope not, but it’s going to be challenging.”

The largest and most valuable market for the whole single malt Scotch industry is in the US.

But the Scotch Whisky Association, which represents distillers here, says the 25% tariff will hurt not just Scotland, but the US economy, too.

“There will be knock-on impacts for employment in Scotland, but also in the United States,” said Graeme Littlejohn, the Scotch Whisky Association’s director of strategy.

Littlejohn says the whisky trade between the UK and the US goes back and forth: Bourbon casks come from the US for aging whisky; the finished product is sent back to the US to consumers.

“Nobody wins in a trade war,” Littlejohn said. “And this is going to damage the economies on both sides of the Atlantic.”

UK Prime Minister Boris Johnson brought up tariffs during a phone call with US President Donald Trump earlier this month, but it looks unlikely that the tariff policy will change. 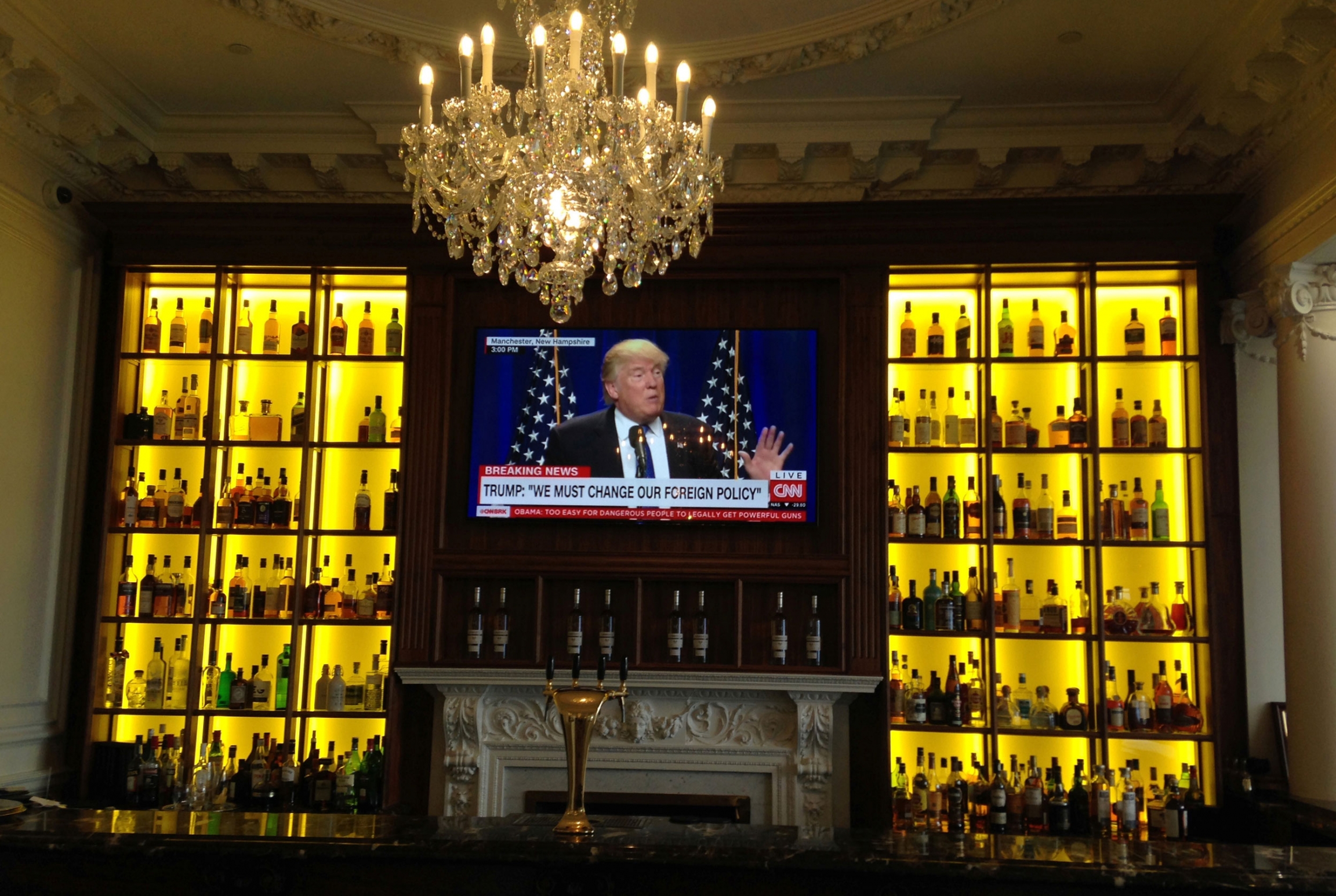 US President Donald Trump is seen on a television screen in the whisky bar at the hotel of the Trump Turnberry golf resort in Turnberry, Scotland, Britain, in 2016.

The Deanston Distillery is packed with tourists on a rainy Thursday afternoon in October.

One couple, visiting from Denver, Colorado, make the decision that’s it’s cheaper to buy a new suitcase to take four tariff-free bottles home with them.

Another man, visiting from Los Angeles, is tasting the Scotch — “light, delicious, flavorful.”

Tariffs aren’t exactly the best conversation over a glass of Scotch, but he gives a reluctant opinion.

“I would just like to say I would love to see the economy of the world do well,” he said. “I would very much like there not to be any impediment to bringing this incredible whisky back to the States.”