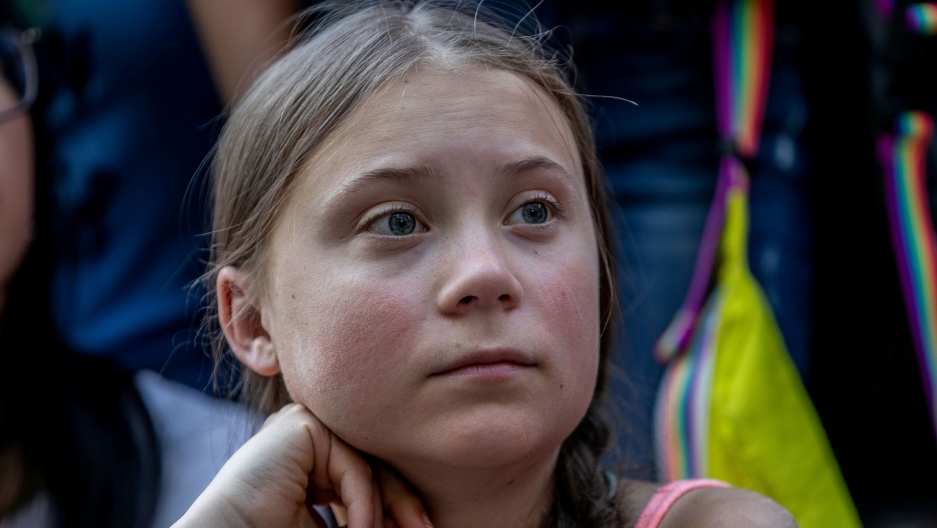 Swedish teenager Greta Thunberg's shaming of world leaders and air travelers over climate change has won her millions of admirers and attracted many new followers to her cause.

But it just might cost her the Nobel Peace Prize.

Thunberg, one of few people whose nomination has become known before the awards ceremony, is the bookmakers' favorite to win the prize Friday.

At 16, she would be the youngest recipient of the $930,000 award won by the likes of Nelson Mandela, Jimmy Carter and Mikhail Gorbachev. She would be the first to win the prize for environmental work since former US vice president Al Gore shared it in 2007 for raising awareness of climate change.

But Thunberg's youth, outspokenness and confrontational approach — the very factors that have made her the global face of climate change activism — present challenging questions for the Norwegian Nobel Committee.

Her shaming of those who choose to travel by airplane — #flightshame — raises hackles among some people. The denunciations of world leaders by a teenager alienates others.

While liberals see her as courageous for telling the truth about climate change, right-wing critics depict her as a liar or hypocrite, suggest her parents have manipulated her or portray her as the ringleader of a socialist conspiracy.

"The problem is that the principle of 'flight shame' brings her chances ... down. Shame is not a constructive feeling to bring about change."

Thunberg, who does not usually take media requests directly, did not immediately respond to requests for comment made through her father, Svante Thunberg, and to an email account set up to handle media queries.

Greta Thunberg has hit back at her critics, denying she is paid for her activism or is being "used" by anyone.

She wrote on Facebook in February that "there is no one 'behind' me except for myself. My parents were as far from climate activists as possible before I made them aware of the situation."

Thunberg rose to global prominence last year by taking time off school to demonstrate outside Swedish parliament about the lack of action to combat climate change. Inspired by her weekly protest, millions of young people protested around the globe last Friday to put pressure on governments to act.

After sailing to New York in a zero-carbon emissions vessel, she accused leaders at the UN climate summit of stealing her dreams and childhood with empty words on climate change.

Her comments did not go down well with US President Donald Trump, who has questioned climate science and has challenged every major US regulation aimed at combating climate change.

Retweeting footage of her speech, he mocked Thunberg by saying: "She seems like a very happy young girl looking forward to a bright and wonderful future. So nice to see!"

Thunberg responded by changing her Twitter biography to: "A very happy young girl looking forward to a bright and wonderful future."

Trump also suggested he ought to receive the Nobel Peace Prize himself "for a lot of things if they gave it out fairly, which they don't."

With Nobel Prize winners inevitably thrust into the spotlight, the committee will consider Thunberg's age and how a teenager would cope with even more intense public scrutiny than she is already under, Lodgaard said.

Five years ago, Pakistani education activist Malala Yousafzai won the award at the age of 17, but her candidacy was less divisive than Thunberg's.

"It is a tremendous burden to give a Nobel to a teenager," said Asle Sveen, author of several books about the prize.

Even so, he and Lodgaard say Thunberg still has a chance of winning.

The award committee could opt to reduce the weight of expectation on Thunberg by sharing the prize between her and someone else, or simply decide her behavior has shown she is mature beyond her years, they said.

"They would have seen and heard her and she would have come across as thoughtful and effective. She could be a very good candidate," Lodgaard said.

The definition of peace

Also possibly counting against Thunberg is a debate in academic circles about whether environmental activism counts towards peace, as defined in Swedish industrialist Alfred Nobel's will, even though Gore shared his award with the Intergovernmental Panel on Climate Change (IPCC).

"The argument 'for' is that the science shows we are experiencing a dramatic change of climate and we could have extreme conditions, with consequences in terms of war and refugees," Sveen said.

"The argument 'against' would be: does a prize to the environment fall outside the boundaries of Nobel's will? This was an argument used when Al Gore and the IPCC won in 2007."

Apart from Thunberg, other leading possible contenders for the award include Ethiopian Prime Minister Abiy Ahmed for the reconciliation he forged in 2018 with Eritrea.

The neighbors fought a war that killed more than 70,000 people from 1998 to 2000 and failed to implement a 2000 peace deal. Also counting in Abiy's favor is his lifting of bans against opposition parties, said Henrik Urdal, director of the Peace Research Institute Oslo.

Abiy, who took office in April 2018, is pushing Ethiopia towards new democratic freedoms, though rights groups say more needs to be done to heal wounds after years of government repression.

Reporters Without Borders, or the Committee to Protect Journalists, groups that campaign for freedom of the press, could also be recognised.

"There is very distinctly a case for this in the age of fake news," said Dan Smith, director of the Stockholm International Peace Research Institute.

Pope Francis, the United Nations Refugee Agency and its head, Filippo Grandi, are also mentioned among possible contenders for the price in recognition of their work towards refugees and as a way to highlight the right to asylum, under pressure in the United States, Europe and elsewhere.