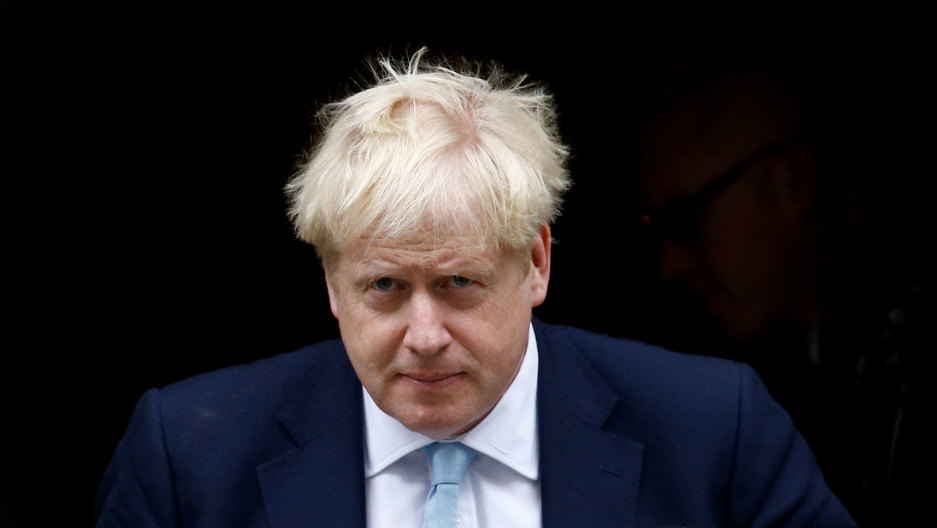 The UK's disappointment and public outrage over the decision of a US diplomat's wife, Anne Sacoolas, who was involved in a fatal car crash, to use her diplomatic immunity to leave the country reverberated across the world Tuesday.

"I hope that Anne Sacoolas will come back and will engage properly with the processes of law as they are carried out in this country," British Prime Minister Boris Johnson said in a television interview Monday, adding the issue was being raised with the US ambassador in London. "If we can't resolve it, then, of course, I will be raising it myself personally with the White House."

Harry Dunn, 19, died in August after a road collision near RAF Croughton, an air force base in Northamptonshire in central England that is used by the United States.

Related: This woman says she was trafficked by a diplomat. And it happens all the time.

A spokesman for the US Embassy in London said: "Any questions regarding a waiver of the immunity with regard to our diplomats and their family members overseas in a case like this receive intense attention at senior levels and are considered carefully given the global impact such decisions carry. Immunity is rarely waived. The US Embassy has been and will continue to be in close contact with appropriate British officials."

Despite recent events, diplomats rarely abuse their immunity, said Craig Barker, dean of the School of Law and Social Sciences at London South Bank University. Barker spoke with The World's Marco Werman about how the diplomatic immunity law works.

Craig Barker: So, diplomatic immunity has been around for centuries and can actually be traced back to the time of the ancient Greeks and Romans. The fundamental purpose is that when you're exchanging representatives, messengers, the concept is, "Don't kill the messenger." Don't interfere with the messenger and allow that person to bring the message in and take the message back with them when they return to their home country.

Now, in the modern context, it's much more sophisticated than that, but fundamentally, at the heart of it, what we've got is a situation where representatives of foreign countries often go into very dangerous places in the world, often are there at difficult times where there are poor relations between the two countries and are really working to try and bring about peaceful progress and to avoid conflict. At the same time, of course, you've got diplomats being sent to friendly countries and it may be possible, I guess, to try and figure out a variable immunity or variable protection for diplomats, but to be honest with you, the way that it's been structured over the centuries is really to accept that all diplomats are entitled to privileges and immunities, but there are exceptions written into the law, and waiver of immunity is probably the most important of those.

Who is the law actually designed to protect? Like, give us an example.

So it is designed to protect the diplomat, and of course, his or her family, because when somebody is posted abroad for a number of years, then they need to take their families with them, and they need their families to be protected. In terms of examples of where it has worked, one would say that it works every day, because every day diplomats are receiving this protection. One area in one instance of where it didn't work, because the state didn't uphold its end of the bargain, was in Tehran in 1979, where the American diplomats serving in Tehran were effectively put under house arrest, were made hostages and were held hostage for over a year. But, on a daily basis, diplomats, really, while they have immunity from criminal and civil jurisdiction, they don't abuse it. There are very few instances of diplomats abusing their immunities and that's why the current situation is getting so much interest.

"There are very few instances of diplomats abusing their immunities and that's why the current situation is getting so much interest."

Do you have a case where you sensed abuse of the diplomatic immunity law, a case that was closer, even over the line?

There are maybe about 10 cases a year of serious breaches of the law in the UK, and I would imagine, similarly around the world. The most important example from my perspective — because that's what got me started in looking into this area of the law — was the shooting of one police constable, Yvonne Fletcher, with shots that were fired from the Libyan embassy in London in 1984. Now, that's a flagrant example of a diplomat using the cover of his or her position to breach the law and then walk away unharmed. I hesitate with this idea of the abuse because you know it's difficult to say that was an example of abuse — it was an example of an individual taking advantage of the position that he was in.

So let's take the current case, that of Anne Sacoolas, the suspect in the death of Harry Dunn. So, the US has the power to waive this immunity. Why might the Department of State here in the US choose not to waive immunity for her?

That's the key question. And I think — and the US has a strong policy of not waiving immunity — and that policy is there, I think, for a valid reason. The US needs to have that representation, it needs people to go abroad. Now what they are basically saying is, "We know that there is this opportunity to waive immunity but as a matter of principle, we're not going to do that." And that encourages American diplomats to take up the posts. Once you start down a particular route and give an example that you are willing to waive immunity, then the next state will ask, and the state after that, and the state after that, and it may be arguable that waiving immunity for the UK is great because we have a special relationship with the US. So other states may say, "What about us?" and the question is where do you draw the line? So we have friendly relations with the US and we have a special relationship, as we see it, with the United States. But where does that put other European states? What about other allies around the world? And what about allies of allies? It becomes rather complicated. So I think that the US is taking a fairly firm line here, try and say, "Well, look, you may ask for a waiver and we will always consider it, but our policy, our stated policy, is not to waive immunity." And I was going to say, unless in certain circumstances, but I don't think there are certain circumstances. I think the US policy is simply not to waive immunity.