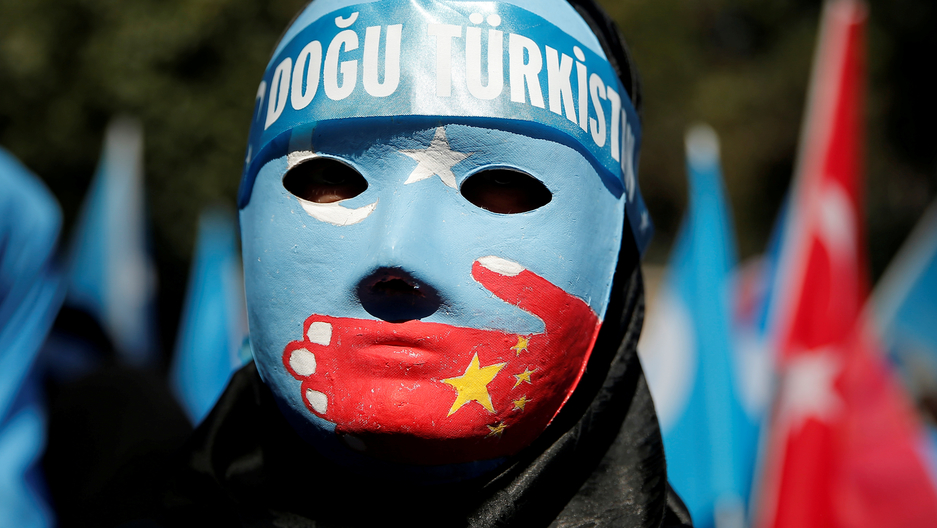 An ethnic Uighur demonstrator wears a mask as she attends a protest against China, in front of the Chinese Consulate in Istanbul, Turkey, Oct. 1, 2019.

Today, tensions between the United States and China go well beyond the basketball court. The US Commerce Department has effectively blacklisted 28 Chinese companies specializing in surveillance equipment, as well as some Chinese government agencies. The US alleges that the companies and agencies are involved in abuses against Turkic Uighurs and other Muslims in China's far-western Xinjiang province.

It follows the same blueprint used by Washington in its attempt to limit the influence of Huawei Technologies for what it says are national security reasons.

The World's host Marco Werman talked with Sophie Richardson, China director at Human Rights Watch, to discuss the timing of this announcement and what it means for the upcoming trade talks with China, in Washington, D.C.

Marco Werman: What are the Chinese companies that have been targeted by the Commerce Department and why?

Sophie Richardson: Some of the companies include big tech firms like iFlytek or Hikvision and they have been barred from buying parts or components from US companies or actors without those actors first getting permission from the US government to sell those things. So it actually places significant limitations on their ability to do business.

What exactly are we talking about here? Why have these companies been targeted?

These companies are being examined specifically over their role in Xinjiang, which is the western region of China, that now has about a 50% Turkic Muslim population, 50% Han population. Over the last couple of years, authorities in the region have arbitrarily detained, wholly outside of any legal process, up to a million Turkic Muslims, simply on the basis of their ethnic identity, their distinct culture. Many of the companies that have been identified on the "entities list" in these last few days have provided different kinds of surveillance technology to authorities in the region to track people's behavior and the information that's gathered is used partly as the basis of deciding who to investigate and detain.

Related: Uighur restaurant owner: 'I should fight for my father'

It's not necessarily that it's harder or easier. I think it's a different kind of political statement. And to see an entire region's public security bureau — the police force — put on this list is very unusual and a pretty powerful statement, an indictment of that institution's role in human rights violations ... [that] includes the regional public security bureau and subregional affiliates. It also includes the Xinjiang police college. This is the US saying to that part of the Chinese government, "We're sufficiently concerned about your involvement in gross human rights violations that we want to make sure we aren't selling goods or services or providing any sort of assistance to you that could enable the commission of those violations." 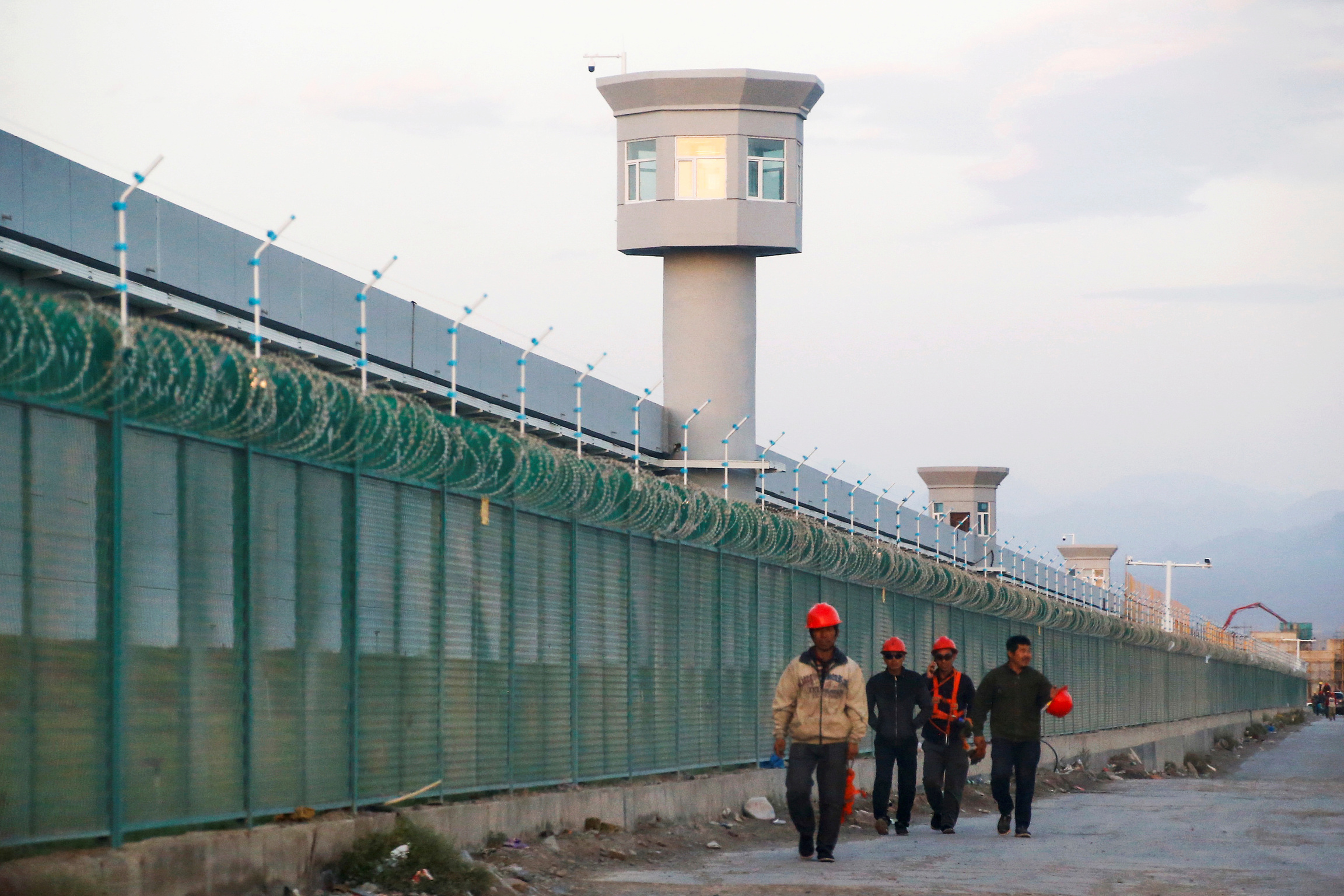 Workers walk by the perimeter fence of what is officially known as a vocational skills education center in Dabancheng in Xinjiang Uighur Autonomous Region, China, on Sept. 4, 2018. This center, situated between regional capital, Urumqi and tourist spot, Turpan, is among the largest known ones, and was still undergoing extensive construction and expansion at the time the photo was taken.

How significant is it that the Trump administration has taken this move on behalf of Uighurs and other Muslim minorities in western China?

I certainly can't think of any other administration taking a stand like this. I think especially for Uighurs, and others who had family members detained literally off the grid for the last few years, watching a government take steps like this to bring some pressure to bear is very encouraging. What the US administration needs to do now is also parlay this into greater pressure on the Chinese government to close the political education camps in Xinjiang, and work to ensure that people can be reunited with family members they haven't been able to communicate with at all in years now.

Let's poke at the timing of this announcement. Is there any evidence that it's playing any role in the Trump administration's trade war with China?

We were expecting or hoping that the administration would announce Xinjiang-related sanctions under the Global Magnitsky Act, which is specifically meant to be imposed in response to human rights violations — roughly last December. And that didn't happen. At the time, people in the administration expressed the view that they were concerned that if they went ahead with those kinds of sanctions at that moment, it might complicate the trade talks. But what we've seen in the last couple of days is we're expecting another Chinese trade delegation to come to Washington, for another round of those talks, to go ahead with what — in some ways — are much larger sanctions now. It sort of scrambles that logic.