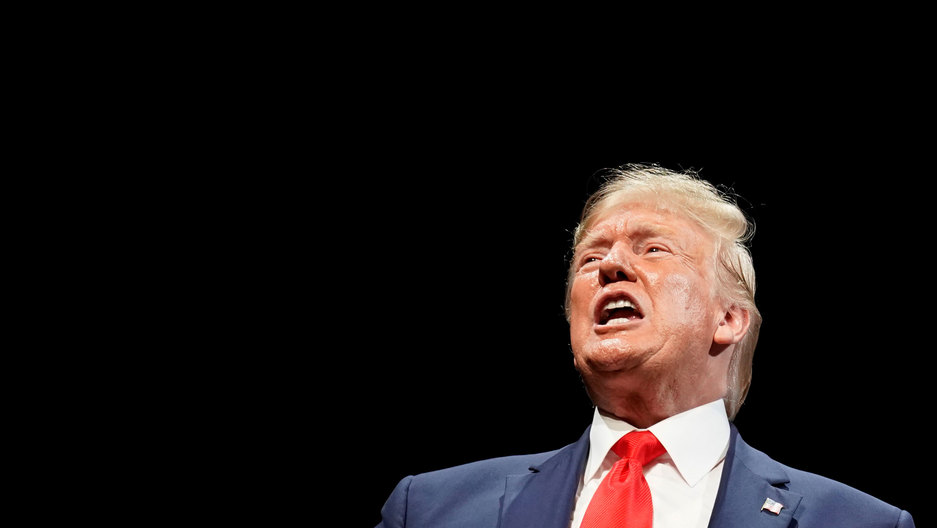 "Trump,’ says one of Europe’s leading right-wing figures, ‘has given me back the belief in the other America that I never had."

United States President Donald Trump might not be as popular in Europe as former President Barack Obama was, but for many groups on the far-right of Europe’s political spectrum, he has become a heroic figure.

“With Trump, the pride of a whole population has awoken … Their hope is captured in one sentence ‘Make America Great Again,’” said Martin Sellner, the leader of Austria’s Identitarian Movement, one of these far-right groups, in a German magazine in 2016. “The ‘Trump Wall’ already acts like a mystical symbol of self-preservation and the survival of a culture.”

“The Donald,” Sellner continued, “has given me back the belief in the other America that I never had.”

Such unabashed adulation for the United States by European far-right groups was not something that scholars of Nazism (and other radical movements) like myself are accustomed to hearing.

On the contrary, throughout the history of the 20th century, far-right groups in Europe always considered the United States to be more of a nemesis than an ideal to look up to.

America’s own racist history and Nazi Germany’s admiration for Jim Crow laws notwithstanding, the self-styled shining city upon a hill on the other side of the Atlantic seemed to epitomize everything the European radical right despised: a globalized, free-market economy, a belief in universal human rights and a general openness to immigration. 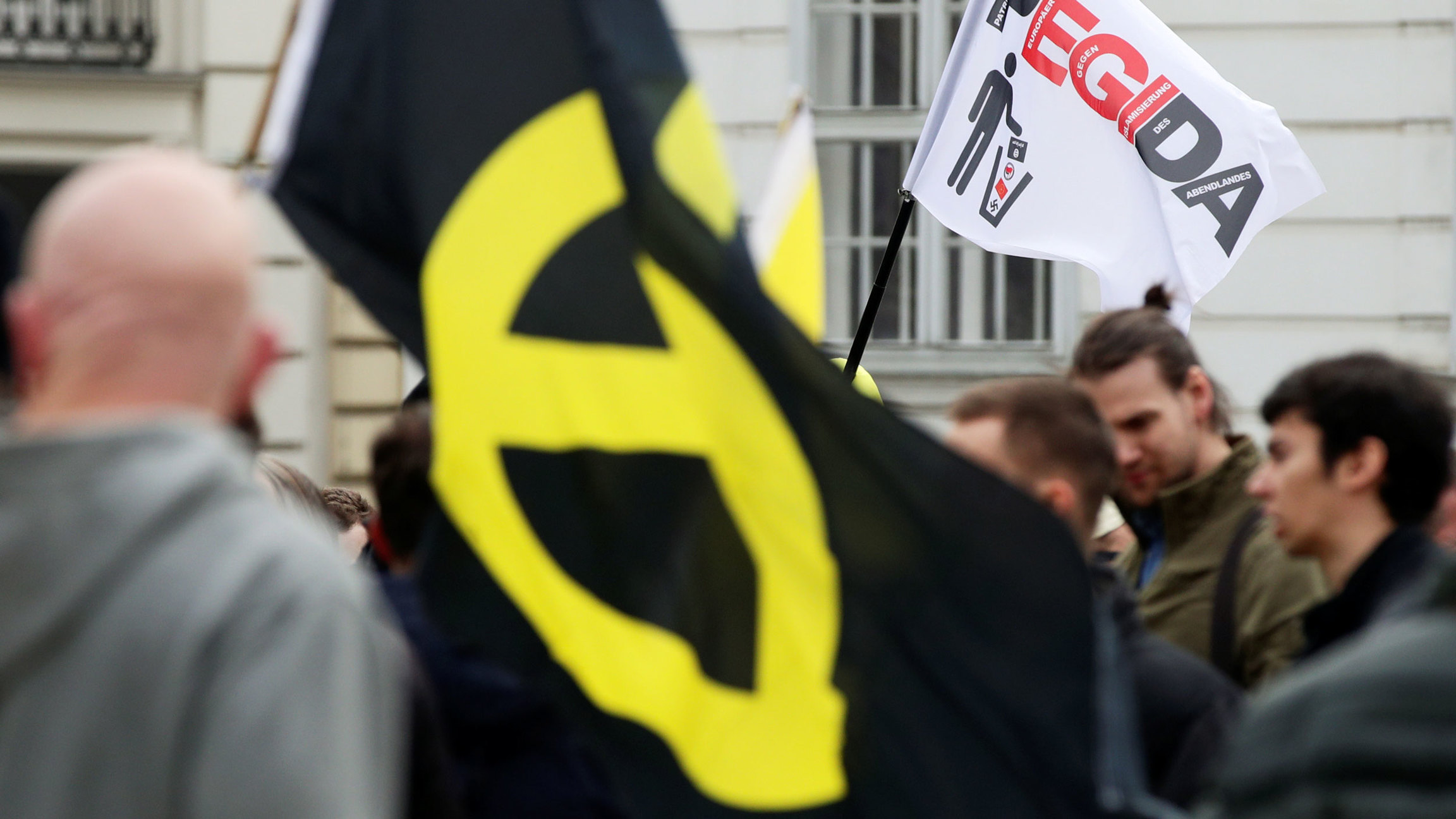 "With Trump, the pride of a whole population has awoken," said the leader of Austria’s Identitarian Party, Martin Sellner, seen at an April 2019 protest where an anti-Islam yellow flag is displayed.

Hans Heinrich Dieckhoff, Nazi Germany’s last ambassador in Washington, frequently warned his superiors in Berlin on the eve of World War II that the United States would never warm up to the Nazis’ idea of “racial purity.” It was simply contrary to the fundamental “melting pot” vision America had of itself.

In this sense, Germany’s fateful decision to declare war on the US on Dec. 11, 1941, can be seen as the clash of two very different visions for the world.

Nazi claims about the supposed superiority of the “Aryans” may have collapsed at the war’s end, but the blatant anti-Americanism of the European radical right did not end — it just assumed a different form.

Previously, the right had berated the United States as an uncivilized state because of the supposed Jewish influence there. The far-right political movement of the European New Right that emerged in the 1960s in France and then spread throughout the continent instead focused its wrath on the models of universalism — the belief that everyone is entitled to the same rights and freedoms — and globalization championed by the US.

That was why the German New Right author, Günter Maschke, still felt the need to warn readers in 2009, that “we constantly talk about the danger of Islam, but we forget that the United States is the other side of the pincer in which Europe finds itself stuck.”

Even after 1945, the radical right still hated the United States, but now for new reasons.

Dream of a separate but equal world

Much of this new brand of hatred came in the name of ethnopluralism, an intellectual concept coined by the German scholar, Henning Eichberg, in 1973.

It is an idea that the New Right still embraces. It shares with the nationalist thinking of the past a belief in inherent differences between races. But, unlike old-style racism, ethnopluralism rejects imperialism. Ethnopluralism’s advocates also claim to respect and even appreciate other races and their cultures — that is, as long as they remain in their ‘own’ geographical and cultural spheres.

That is the crux of the concept, and it is why its proponents fear immigration as a dangerous “invasion” that will bring in its wake a “Great Replacement” — yet another new idea embraced by the New Right.

According to this concept, the culture of foreign newcomers will supplant that of the now dominant ethno-cultural group — in this case, white Europeans. And that is why they believe immigration must be stopped at all costs.

In short, ethnopluralism advocates the idea of separate but equal, projected onto the world stage as a whole.

Trump as a sea change

When US President Donald Trump was elected in 2016, the radical right in Germany immediately embraced him as their new hero. Several of their representatives, including Frauke Petry, then chairwoman of the far-right party Alternative for Germany (AfD), hailed his election as a “new era” — a sea change for the entire world.

The AfD’s support for the new American president did not subside once he took office. Trump’s attempts to restrict immigration, for example, demonstrated that he shared many of their beliefs and was willing to put them into practice.

But the affinities between Trump and the New Right go beyond their ethnopluralism and fear of mass immigration.

Take, for instance, Trump’s recent announcement that he intends to “name antifa an ‘organization of terror.’”

This is taken right from the New Right’s playbook. It reflects their strategy to overemphasize the violence committed by the relatively small and militant antifascist groups that comprise antifa and simultaneously discredit the much broader and generally peaceful political attitude of anti-fascism as a whole.

That is why some leading figures on the New Right insist that their own followers abstain from violence. It’s not because of a belief in pacifism or the sanctity of their political opponents’ lives.

Rather it’s part of a public relations strategy aimed at gaining greater public support. “To abstain from violence is the necessary approach in the political fight for the hearts and minds of the people.”

The New Right faces a difficult challenge here. Many of those otherwise inspired by their ideas do not appear inclined to refrain from violence.

This was tragically brought to the world’s attention by the recent massacres in Christchurch, New Zealand, and El Paso, Texas, — both carried out in the name of the struggle against the “Great Replacement.” Add to these examples the murder of antifascist protester, Heather Heyer, by a neo-Nazi at the “Unite the Right” rally in Charlottesville, Virginia, in August 2017.

Shortly after Heyer’s death, President Trump pointed out that there had been “some very fine people on both sides” of that demonstration. And Trump’s response to the El Paso shooting focused more on mental illness than on the far-right ideas in the shooter’s manifesto.

All of this demonstrated just how influential New Right ideas and talking points were with Trump. 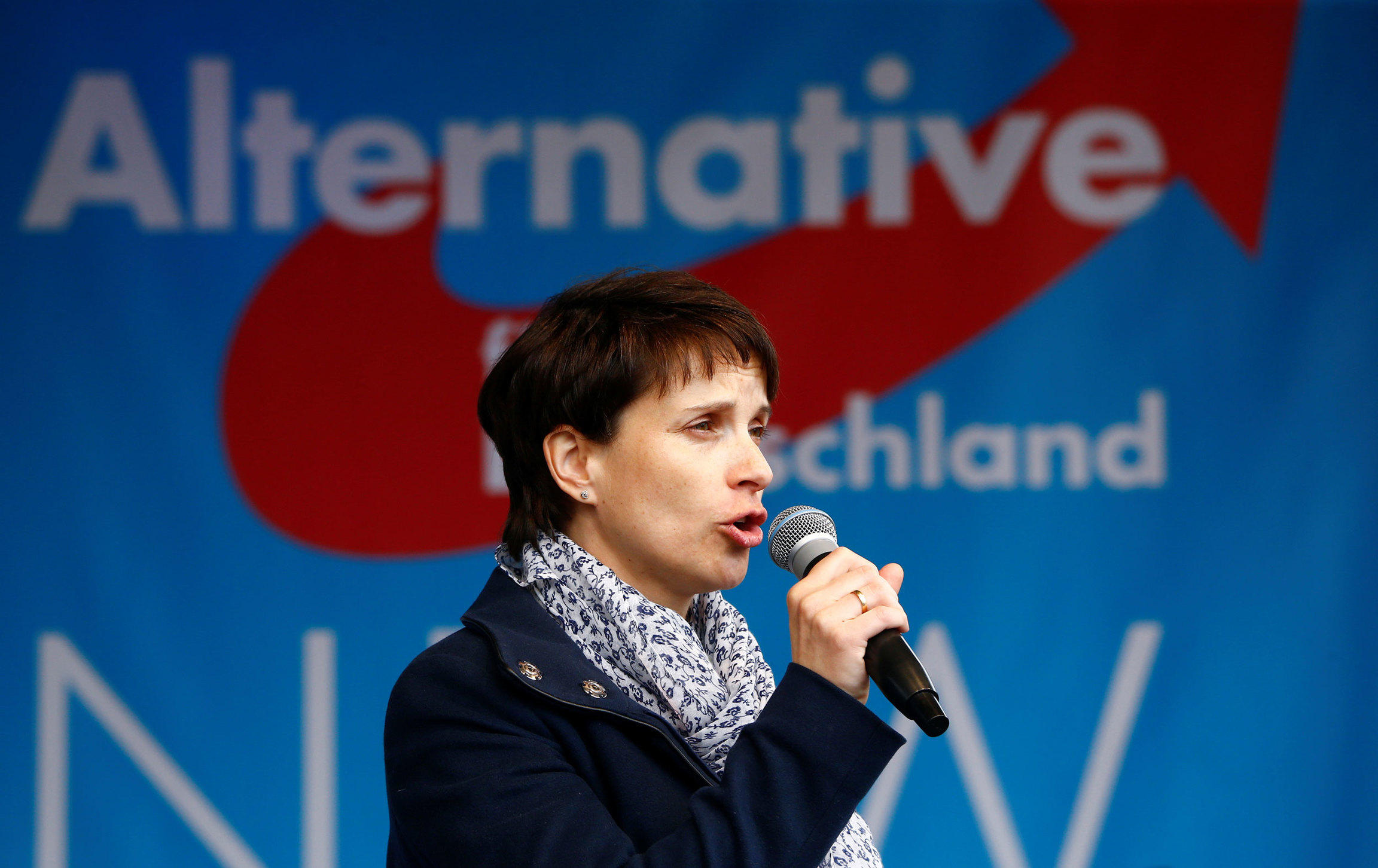 Different city on a hill

Trump has helped make the New Right’s way of looking at things much more politically and socially acceptable — in a way none of its members had likely dared to dream before the election of November 2016.

It is not surprising, then, that Martin Sellner — best known for using the idea of the “Great Replacement” to scare Europeans into supporting his ethnopluralistic views — has recently asked to move to the United States to live with his American fiancée in Post Falls, Idaho, where far-right extremists maintain a strong presence to this day.

America under Trump is no longer seen as the enemy by the New Right. With the election of Trump, they have found a new hero in a surprising place.

Sylvia Taschka is a senior lecturer in history at Wayne State University.