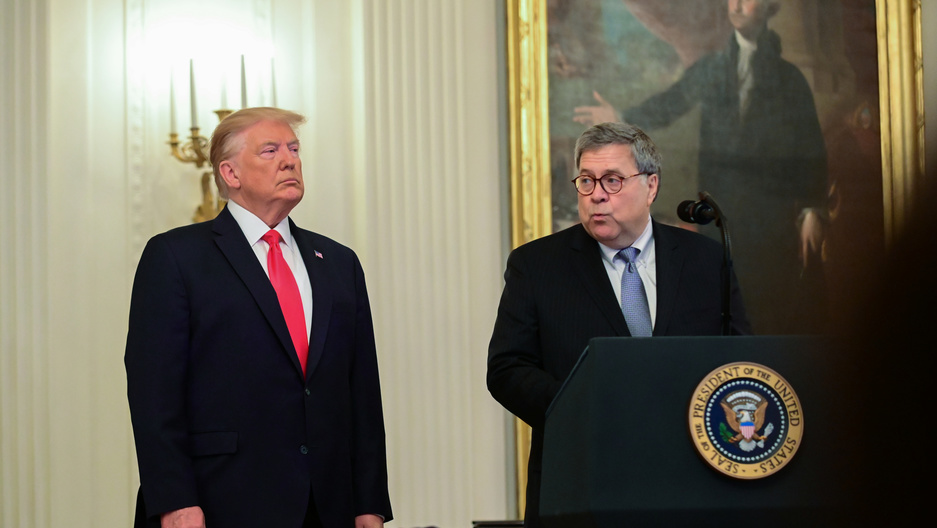 Attorney General William Barr has been tugging on the sleeve of various foreign intelligence officials. He has asked authorities in at least three countries — Australia, Italy and the United Kington — for help.

He reportedly wants their assistance in reviewing how the CIA and the FBI went about investigating Russian interference in the 2016 US presidential election.

Barr's apparent role in all of this is alarming to some former law enforcement officials. That includes David Laufman, a former CIA analyst who worked in counterintelligence for the Justice Department.

Laufman served Republican and Democratic administrations, and he was involved in the early stages of the Russia investigation. He spoke with The World's host Marco Werman about why Barr's request for foreign help is so unusual.

Marco Werman: This week we learned that Attorney General William Barr himself seems to be heading up the “reinvestigation” of the CIA's and FBI’s probe of Russian interference in the 2016 vote.  What do you make of that?

David Laufman: There's nothing unusual per se about an attorney general traveling overseas on Department of Justice business, meeting with foreign counterparts in law enforcement or foreign intelligence service to thank them for their help on a particular case. When the attorney generals travel overseas, they usually find out what cases the department has ongoing so they can make conversation about it. If there's a case for which prosecutors need some help obtaining foreign evidence, it's not unheard of for an attorney general to mention that as part of an overall set of talking points. But it is unusual for an attorney general to be spearheading an investigation directly on behalf of the White House and at the White House's behest, to be asking foreign law enforcement and foreign intelligence services on some singular mission by the AG, to ask for help on a particular case — particularly one that the Department of Justice by its own admission says is not a criminal investigation.

Are you in touch with former colleagues who are still at the Department of Justice, and what has this revelation of William Barr, the attorney general, and his role in the reinvestigation — what does it meant for their morale?

I'm not going to comment on any conversations I might or might not have had with my colleagues. But my belief is that these kinds of reports about what could fairly be described as fairly partisan activity by the attorney general on behalf of the president bring disappointment and frustration, at a minimum, to department employees who by necessity view their jobs as nonpartisan, want their work to be perceived in a nonpartisan light, to bring credibility to their work on behalf of this country.

You served as a political appointee in Republican administrations. Do you think all of this is beyond partisanship?

This is beyond partisanship. This is beyond the consequences of elections. You know this isn't a matter about changing, tweaking antitrust policy with respect to mergers and acquisitions, you know, the sorts of distinctions that we see when an administration from a different party comes to power. This is about acting as the tip of the spear for a political vendetta that this president is carrying out, and putting the Department of Justice at the head of that spear to accomplish that is stunning. It's extremely disturbing and it is completely not in keeping with the mission and history of the Department of Justice.

So now John Durham, the US attorney in Connecticut, he is in charge of reviewing US intelligence work in the 2016 election and its aftermath. Do you have confidence in his investigation?

I have high respect for Mr. Durham. He is a seasoned, accomplished, nonpartisan prosecutor who is well respected within the department. My concerns are not about him. It is about the mission he has been tasked to pursue and about the origins of that mission and who is seeking to influence its direction. Those are my concerns.