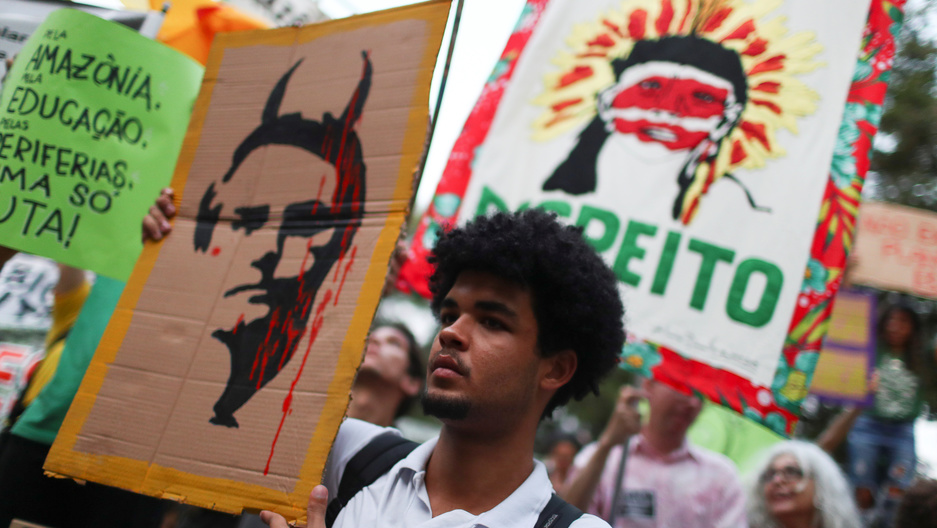 Both leaders touted the value of sovereignty and national pride from the headquarters of the United Nations, the intergovernmental organization tasked with tackling global challenges.

"If you want peace, love your nation. Wise leaders always put the good of their own people and their own country first,” Trump said in his third address to the assembly. "The future does not belong to globalists. The future belongs to patriots.”

For Brazil's Bolsonaro, Tuesday's speech was his first address to the UN General Assembly. Less than a year into his presidency, Bolsonaro has been on a mission to rehabilitate his and Brazil's image, particularly after international criticism for his handling of the Amazon wildfires.

“My administration has solemnly committed itself to environmental preservation and to sustainable development,” Bolsonaro told the assembly. “Our Amazonian region is larger than all of Western Europe and remains virtually pristine and untouched, which is evidence of the fact that we are one of the countries that most protect the environment.” 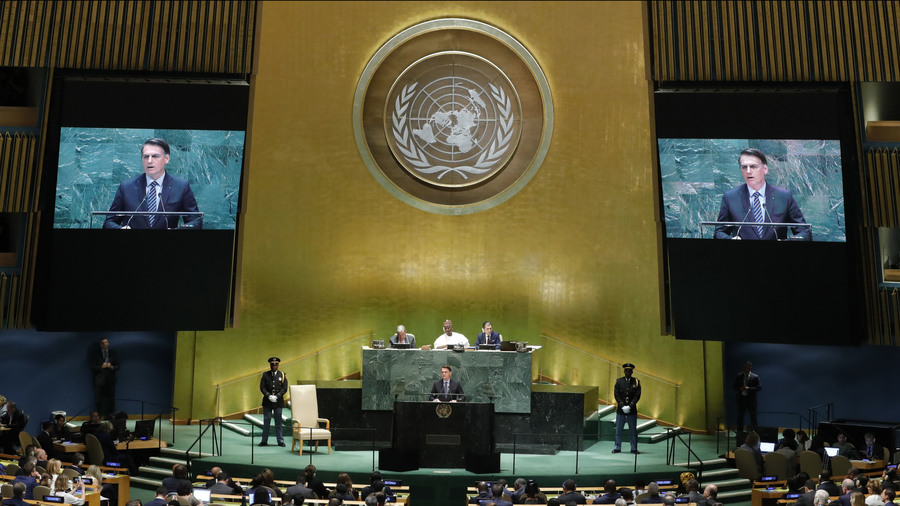 Bolsonaro has been accused of not doing enough to stop the fires ravaging the Amazon, which plays host to an astounding amount of Earth's biodiversity. He has also come under fire for his pro-development policies that have been seen as giving license for the land-clearing that started many of the blazes currently burning. Over the past 50 years, around 17% of the Amazon rainforest has been destroyed, much of that due to deforestation in favor of agricultural production.

Bolsonaro said dry weather and high winds were responsible for “spontaneous” wildfires, and emphasized that burning to clear land is part of Indigenous and local culture.

But dry weather and high winds are not to blame for a significant number of fires in the Amazon — these fires are largely man made. While it is true that burning to clear land for agriculture is a long-established practice, it has also gone up in the past year under Bolsonaro and his policies.

The Brazilian president, who has also been criticized for his treatment of Indigenous Brazilians, spent several minutes of his speech trying to burnish his image as an ally of Indigenous groups. He defended his policies, saying that Indigenous communities are “thirsty and eager” to see development and to have access to health and education.

Opening land up for mining — rather than expanding land rights for Indigenous people — would translate into economic development for Indigenous communities, Bolsonaro said.

He also argued that some Indigenous people are being used by nongvernmental organizations and other countries to promote political and economic interests.

“Unfortunately, some people, inside and outside Brazil, backed by NGOs, insist on treating and trying to maintain our Indigenous people like true cavemen.”

“Unfortunately, some people, inside and outside Brazil, backed by NGOs, insist on treating and trying to maintain our Indigenous people like true cavemen,” Bolsonaro said.

But Bolsonaro is famously unpopular with Indigenous leaders. 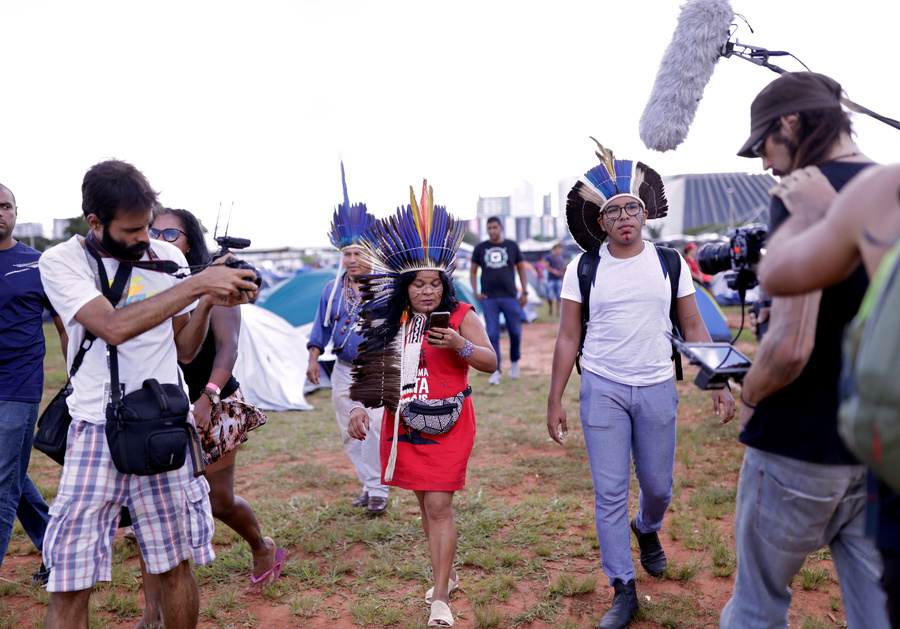 Indigenous leader Sônia Guajajara of the Guajajara tribe looks at her mobile phone as she walks at the Terra Livre camp, or Free Land camp, in Brasília, Brazil, April 24, 2019.

“We now have a declared enemy,” said Sônia Guajajara, a well-known Brazilian Indigenous rights leader who traveled to New York for the UN meetings. “Bolsonaro, since his presidential campaign, has shown that he is an ally of agro-business and that he is against Indigenous and environmental rights.”

Guajajara heads the Articulation of the Indigenous Peoples of Brazil (APIB), a political and advocacy organization that represents over 300 Indigenous groups in Brazil. She was also a vice-presidential candidate in 2018, the same elections that brought Bolsonaro to power.

“He is weakening Brazil’s environmental policy,” Guajajara said of Bolsonaro. “He has been authorizing mining interest to come into Indigenous lands. All this is being done disrespectfully and in a way that can incite conflict.”

Traveling with Brazil’s official UN delegation is Ysani Kalapalo. From an Indigenous village in the state of Mato Grosso in central Brazil, Kalapalo is a rare pro-Bolsonaro Indigenous voice and outspoken supporter of his policies.

About a week ago, Kalapalo appeared on a video posted on Brazil’s foreign ministry YouTube page saying that “fake news” was circulating in the media about the Amazon fires. Like Bolsonaro, Kalapalo speaks about the need for economic development in Indigenous lands.

“Ysani Kalapalo does not represent Brazilian Indigenous peoples,” Dinaman Tuxá, executive coordinator of APIB, told The World. “What Bolsonaro is doing now is to use the 'divide and conquer' methodology that was used during the colonization.”

Tuxá says that Bolsonaro portraying Kalapalo as representative of Indigenous Brazilians is just another manifestation of his authoritarian tendencies.

“Bolsonaro’s way of thinking is archaic. He is an authoritarian who believes that he can just create a representative of Indigenous Brazilians.”

“Bolsonaro’s way of thinking is archaic,” Tuxá added. “He is an authoritarian who believes that he can just create a representative of Indigenous Brazilians.”

But it was Bolsonaro who accused global leaders of acting with a “disrespectful manner and with a colonialist spirit.” The president made headlines in late August when he rejected a $22 million offer by world governments to aid in fighting the Amazon fires. Though he later walked back that stance, his environmental argument at the UN General Assembly was underpinned by the position that the Amazon belongs to Brazil — not the world.

“It is a fallacy to say that the Amazon is the heritage of humankind, and a misconception that’s confirmed by scientists to say that our Amazonian forests are the lungs of the world,” Bolsonaro said. “Using these fallacies, certain countries instead of helping, called into question that which we hold as our most sacred value: our sovereignty.”