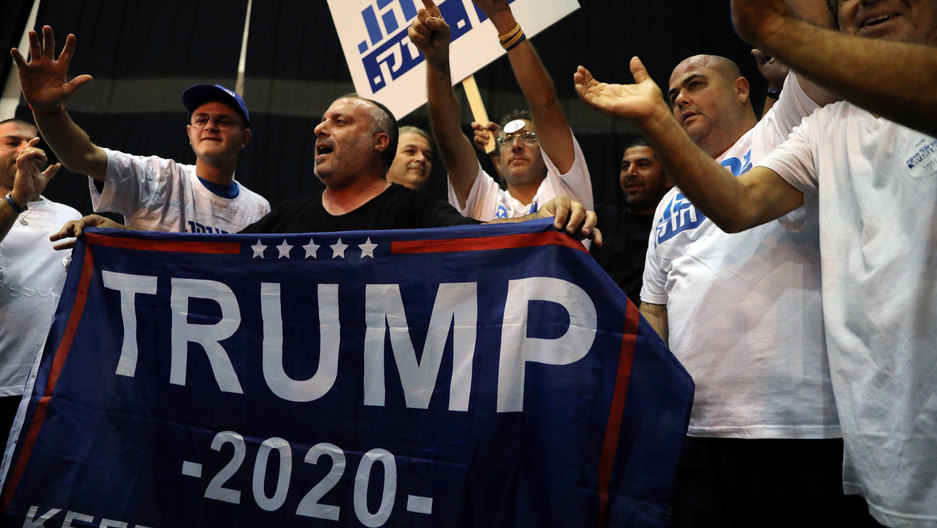 Israel’s version of democracy is complicated. There are 30 parties competing for 120 seats in the Knesset, Israel’s parliament, with hundreds of candidates and more than 6 million voters in a state the size of New Jersey.

But no matter who ends up winning this election, the emotion that could best capture the whole campaign season is fear and loathing.

What’s everybody so anxious about?

For secular liberal Israelis in the bubble of Tel Aviv, it’s the religious right that’s the problem.

Gal and Maytal Zahavi sat at a hip café in the center of town, with their five-month-old baby sound asleep in the stroller. Freedom of religion — or rather, freedom to be not religious — was top of mind for them.

“We are scared,” Maytal Zahavi said. “Even in Tel Aviv.”

They are worried about basic human rights for Jewish Israelis and Palestinians slipping away.

“It’s the beginning of the process and if we don’t stop it here, then down the road, we’ll say, ‘Why didn’t we stop it?,” Gal Zahavi added. 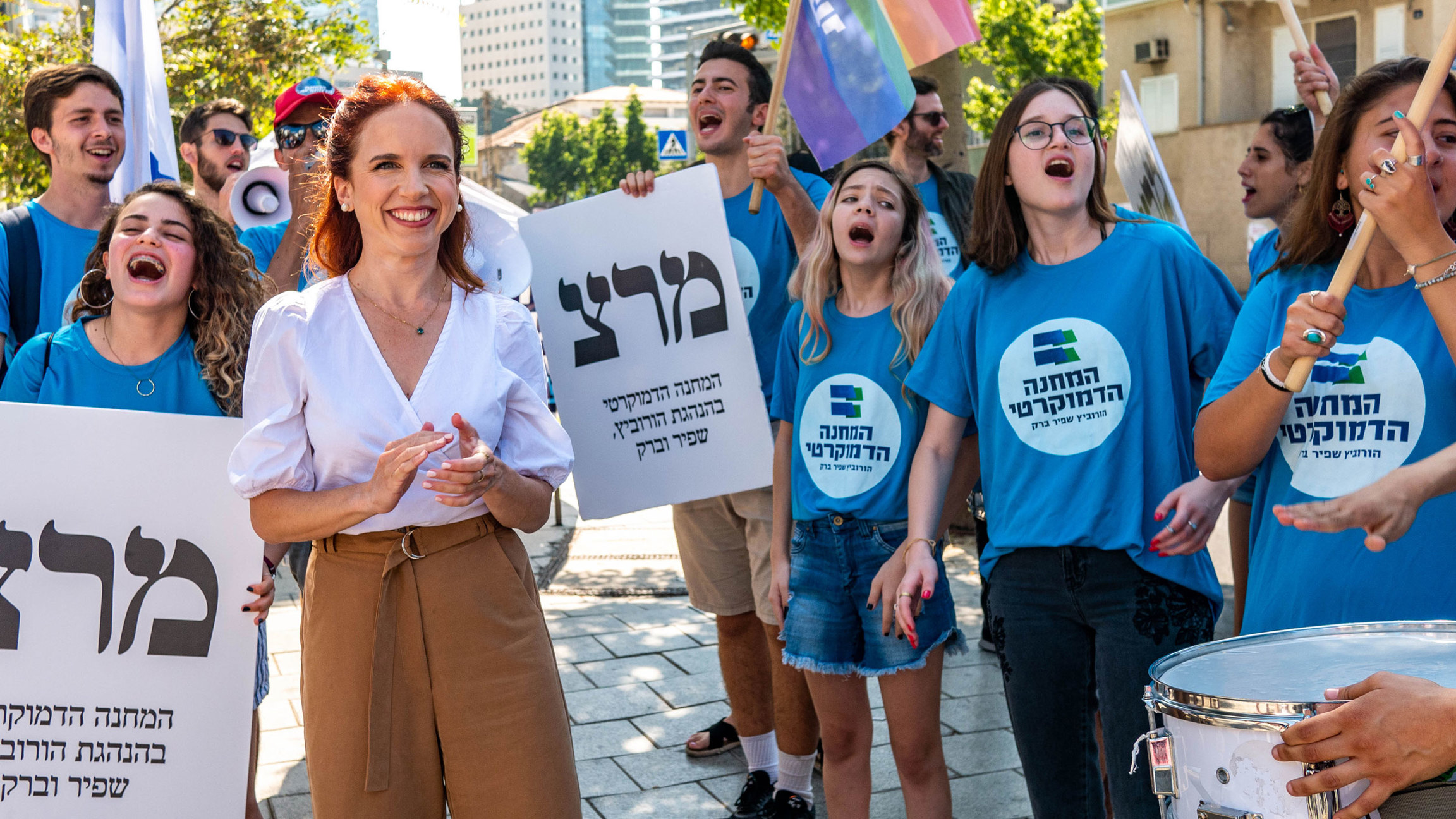 Stav Shaffir, cofounder of the Democratic Union party list and a candidate for Israel’s Knesset, was greeted by a crowd of supporters when she showed up to vote in Tel Aviv on Tuesday morning.

Across the street from the café, a couple guys were setting up an SUV with a booming sound system and signs that said, “Crime Minister,” in a reference to multiple corruption allegations faced by Prime Minister Benjamin Netanyahu.

One of the rising stars for secular liberal voters is Stav Shaffir. She’s likely to get into the Knesset, but her Democratic Union party is only projected to get about seven total seats. At her polling place in Tel Aviv, Shaffir told a crowd of supporters, “Today, we will liberate Israel from a government of the corrupt.”

After her speech, Shafir went inside to vote. She came out about 10 minutes later.

“Most Israelis want to have gay marriage, civil marriage, public transportation on Saturday, freedom to live your life, live your religion, spirituality, or non-religion the way you want,” Shaffir said after she cast her vote. “The government is doing something completely different. And slowly people are starting to feel that it’s becoming insane.”

People in the Ultra-Orthodox religious camp are feeling fearful, too. A campaign message from Shas, one of the two big Ultra-Orthodox parties, said, “They won’t trample the Sabbath. Give them an answer at the ballot box!”

At the same polling location, Shas party activist Avraham Yitzakhov pointed to a group of left-wing activists across the street waving rainbow flags and said they are the real problem.

“They want to erase Judaism. They want to get rid of synagogues. They want to change the Western Wall, they want women and men to pray together,” Yitzakhov said. “We’re afraid because Jews have preserved their religion from the exodus from Egypt and not even one letter of the Torah have been changed. We want to preserve our way of life.”

Supporters of the national religious parties make up another political camp and it’s also a broad group, which Netanyahu has relied on to stay in government for 13 years. It includes supporters of his Likud Party, along with hardliners from the far right who favor tougher policies toward the Palestinians, and annexation of the Israeli occupied West Bank.

“Whatever the election results are tomorrow, may it be the best thing for the nation of Israel, the State of Israel, and for the world,” Zvi Newman said outside of the mall in Bet Shemesh. He’s an American-born Israeli who’s been living in Israel for 30 years.

Newman’s biggest worry, he said, would be a left-wing government coming to power and giving the Palestinians a state of their own on what he considers God-given land.

Palestinians would be another political camp, though several million of them cannot vote because they’re not Israeli citizens.

In the de facto Palestinian capital of Ramallah, Hala Abdel-Rahman said that she remembers well the last time she was able to vote in a Palestinian national election. That was 2006.

When asked if she was jealous of Israelis who went to vote on Tuesday, Abdel-Rahman said, “Sure. We have no democracy.”

Is she hopeful about getting a chance to vote in the future?

“No,” she said. “Because Gaza, the West Bank, are separated. You can’t make an election just in West Bank without Gaza.” 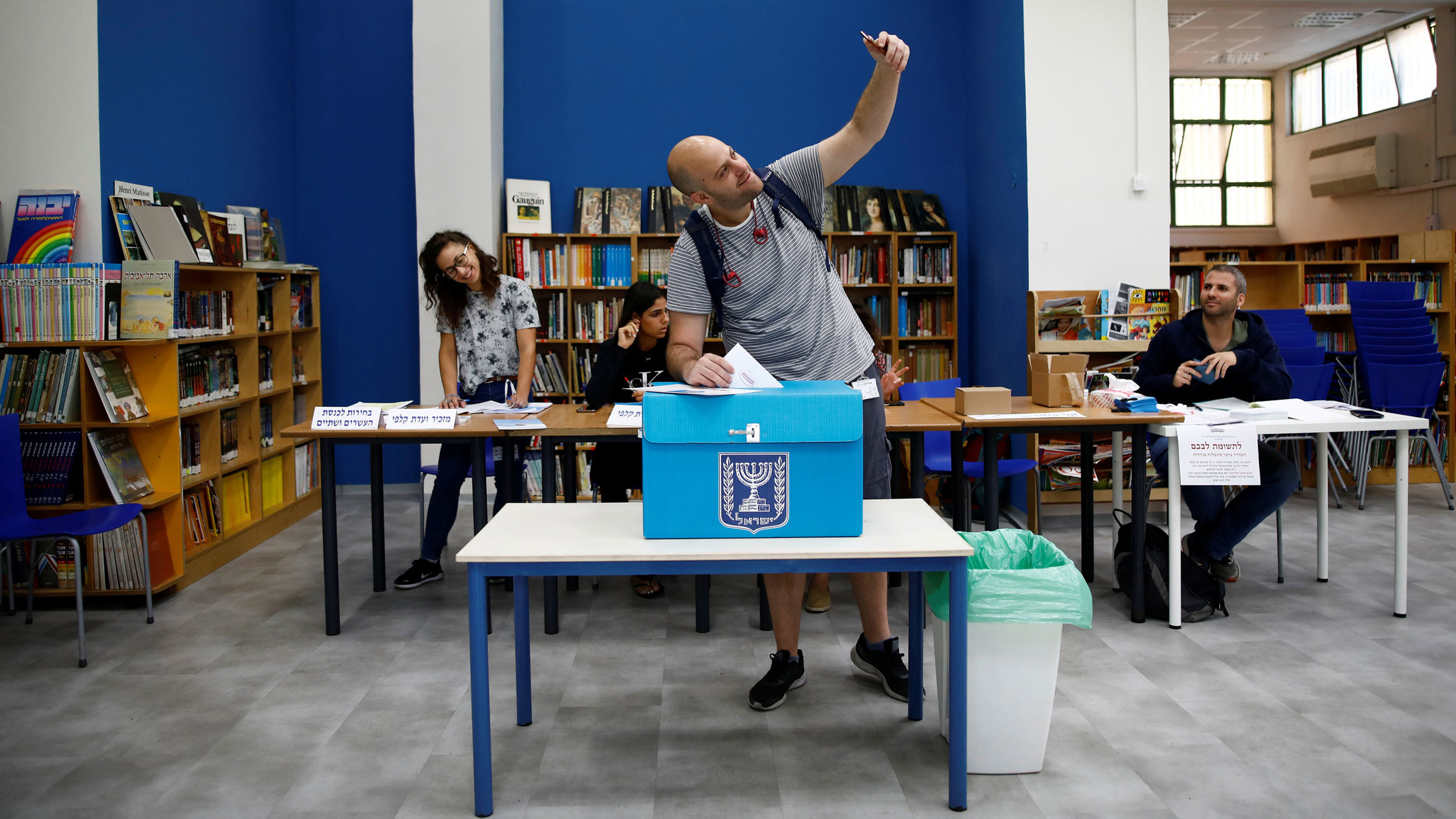 An man takes a selfie with his mobile phone as he casts his ballot in Israel's parliamentary election at a polling station in Tel Aviv, Israel, on Sept. 17, 2019.

Ahmad Hanoon, an official with the Palestine Liberation Organization in Ramallah, said he was following campaign news in the Jewish State.

“Whether they like it or not, Palestinians will feel the impact of Israel’s election,” Hanoon said. “We’re in the worst possible scenario. Netanyahu is talking about annexing one-third of the West Bank. The Americans seem willing to go along with this."

And if Netanyahu wins, Hanoon says, "it’s a crisis for us.”

As for the 1 million or so Arab voters inside Israel, many of them feel targeted by the Israeli prime minister. Netanyahu supported legislation that downgraded the rights of Israel’s Arab citizens, called the "nation-state law."

Yaser Falah, a dentist in Nazareth, said he worries the situation is only going to get worse if the right-wing camp in Israel stays in power.

“Here, where you were born and your grandfather was born — it’s not your country, in your land,” Falah said with exasperation about the nation-state law. He said people in Arab towns in Israel have been losing faith.

But he said he is not willing to lose faith. Falah said he planned to drive anybody in the Nazareth who might need a ride to get to the polls and cast their vote.