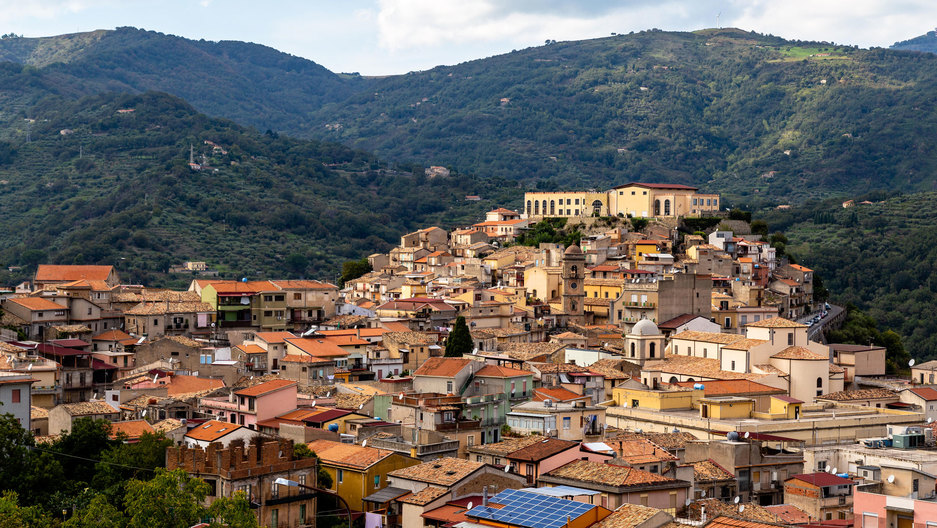 Katia Nepumaceno, 34, was born in San Piero Patti, a small town in Italy. She has lived in Germany and other parts of Italy, but now she’s thinking of making the Sicilian town her long-term home. She says she’s conflicted about it, though — as the town has “two faces.”

“One is the nice side. It’s very nice to live here. It’s very quiet. The people are very lovely. But at the same time, it could be considered a cage.”

“One is the nice side. It’s very nice to live here. It’s very quiet. The people are very lovely,” she said. “But at the same time, it could be considered a cage.”

The cage, Nepumaceno explains, is the lack of jobs in the area and the impact that it has on young people there. Most of her friends have already moved to other Italian cities or emigrated abroad in search of better opportunities.

“I have just three girls in my group now. I’ve lost a lot of friends,” she said. 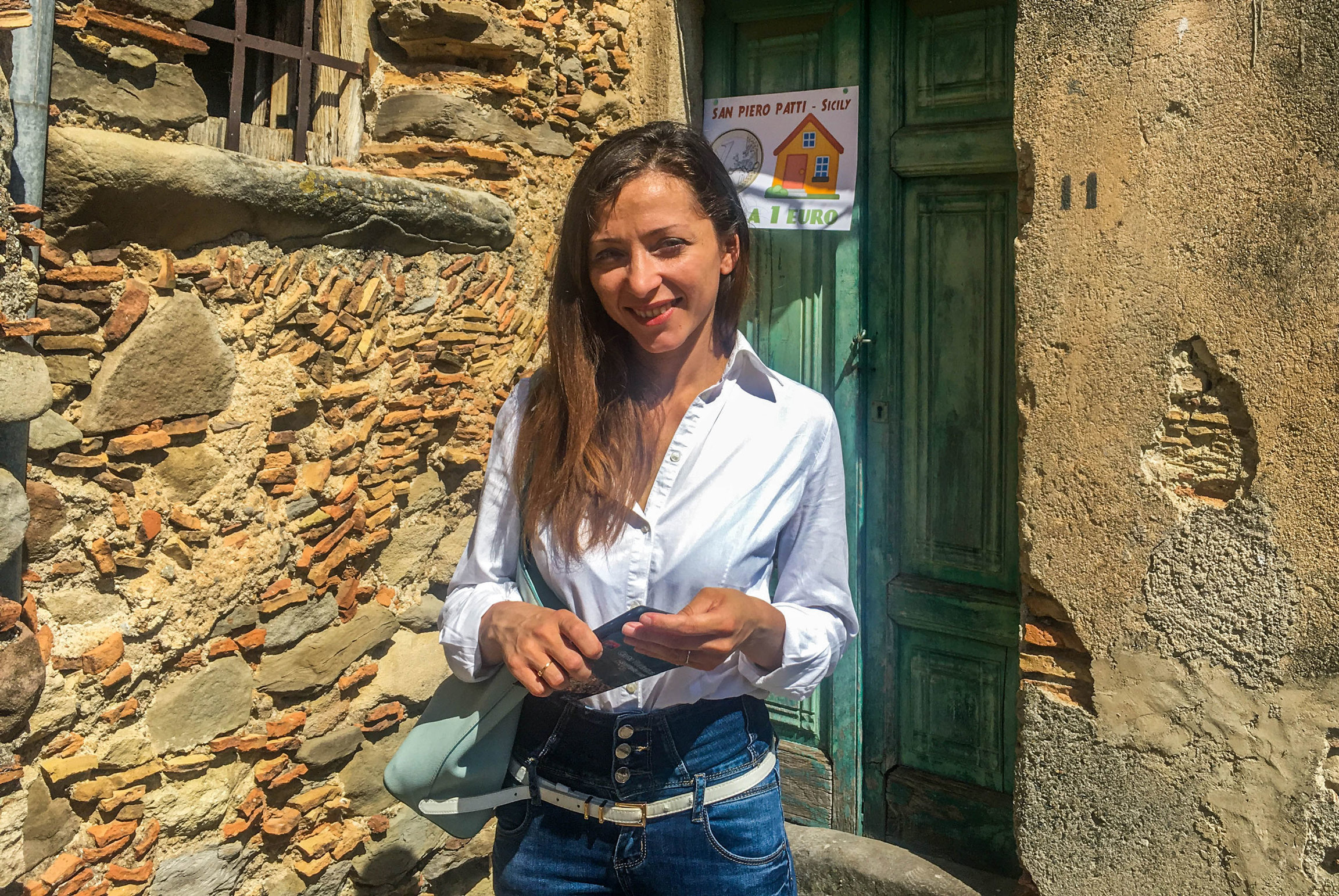 Those are some of the kinds of challenges that San Piero Patti is hoping to overcome. The picturesque, Sicilian town of less than 3,000 people is taking extreme measures to try and bring new life to the region — including selling some of its abandoned houses for less than a shot of espresso.

Like so many Italian towns, San Piero Patti in northeast Sicily has seen its population tumble in recent decades, mainly due to a lack of employment options. The nearby town of Gangi attracted attention five years ago when it began selling off its abandoned properties for 1 euro. Mayor Salvatore Fiore said they watched the success of the scheme in other regions and wanted to try it out in San Piero Patti.

The first house to go on the market is owned by Maria Concetta Abramo. It once belonged to a woman who sold it to the Abramo family. The house hasn’t been lived in for many years, and Abramo said her father used it mainly for storage. It’s a small building located down the cobbled back streets of San Piero Patti. The entire house consists of two rooms, a small loft and a garage underneath. It’s in a dilapidated state, and Abramo estimates that renovations could cost between 30,000 euros and 60,000 euros ($33,000-$54,000). 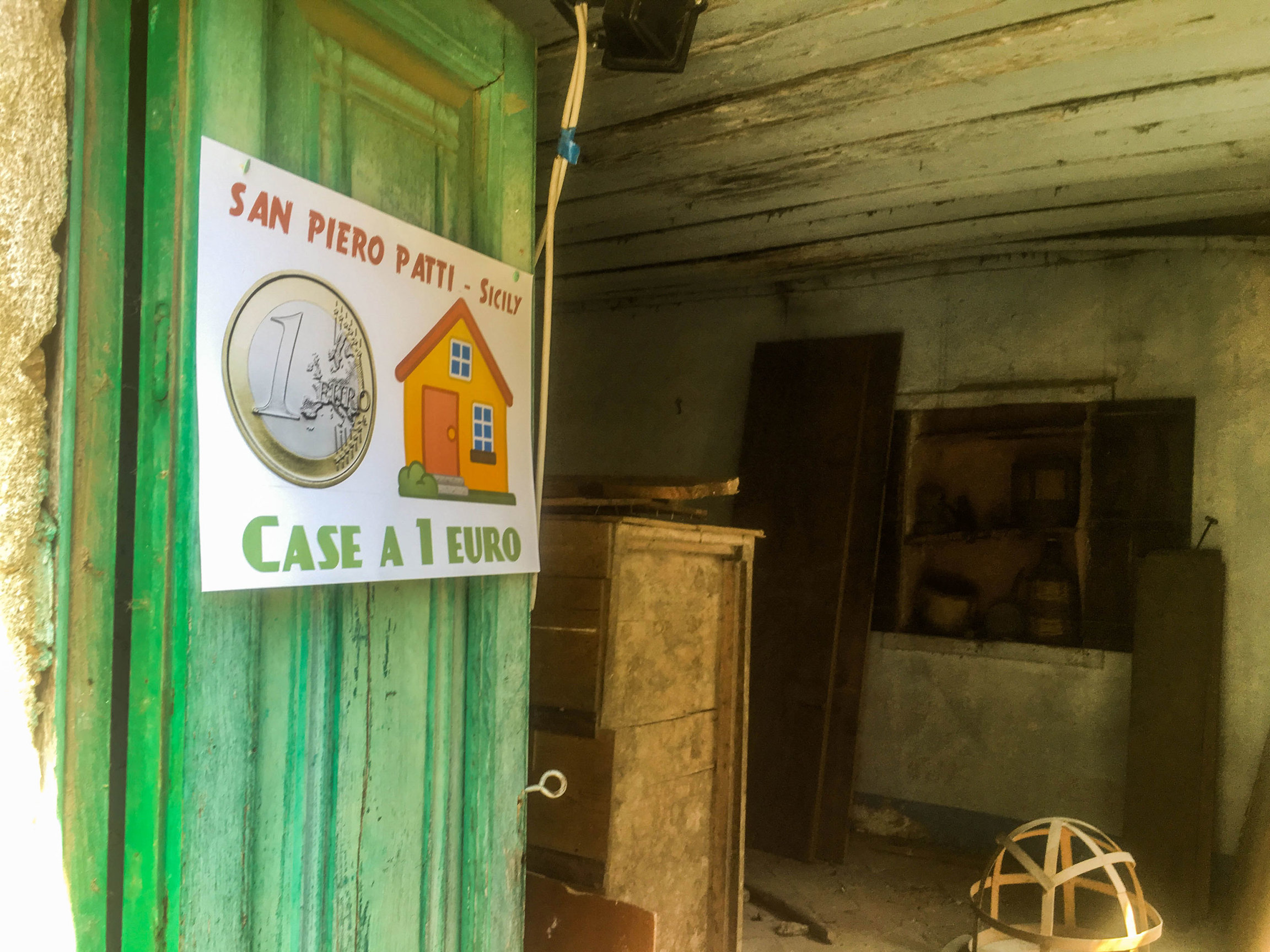 Maria Concetta Abramo's house is on sale for 1 euro — as advertised by the sign on the door.

The stunning view is its greatest asset. Out the front window, you can see the rolling Sicilian hills. Terracotta-tiled stone houses dot the verdant landscape. The hilltop town sits on the edge of Nebrodi National Park. Just a seven minutes drive away lies the nearest beach and the Mediterranean Sea. Like Nepumaceno, Abramo remembers a vibrant town from her youth and longs for it to return to the way it once was.

“It is turning into a ghost town. I want this town to be colorful and alive again, like in the past.”

“It is turning into a ghost town. I want this town to be colorful and alive again, like in the past,” Abramo said. 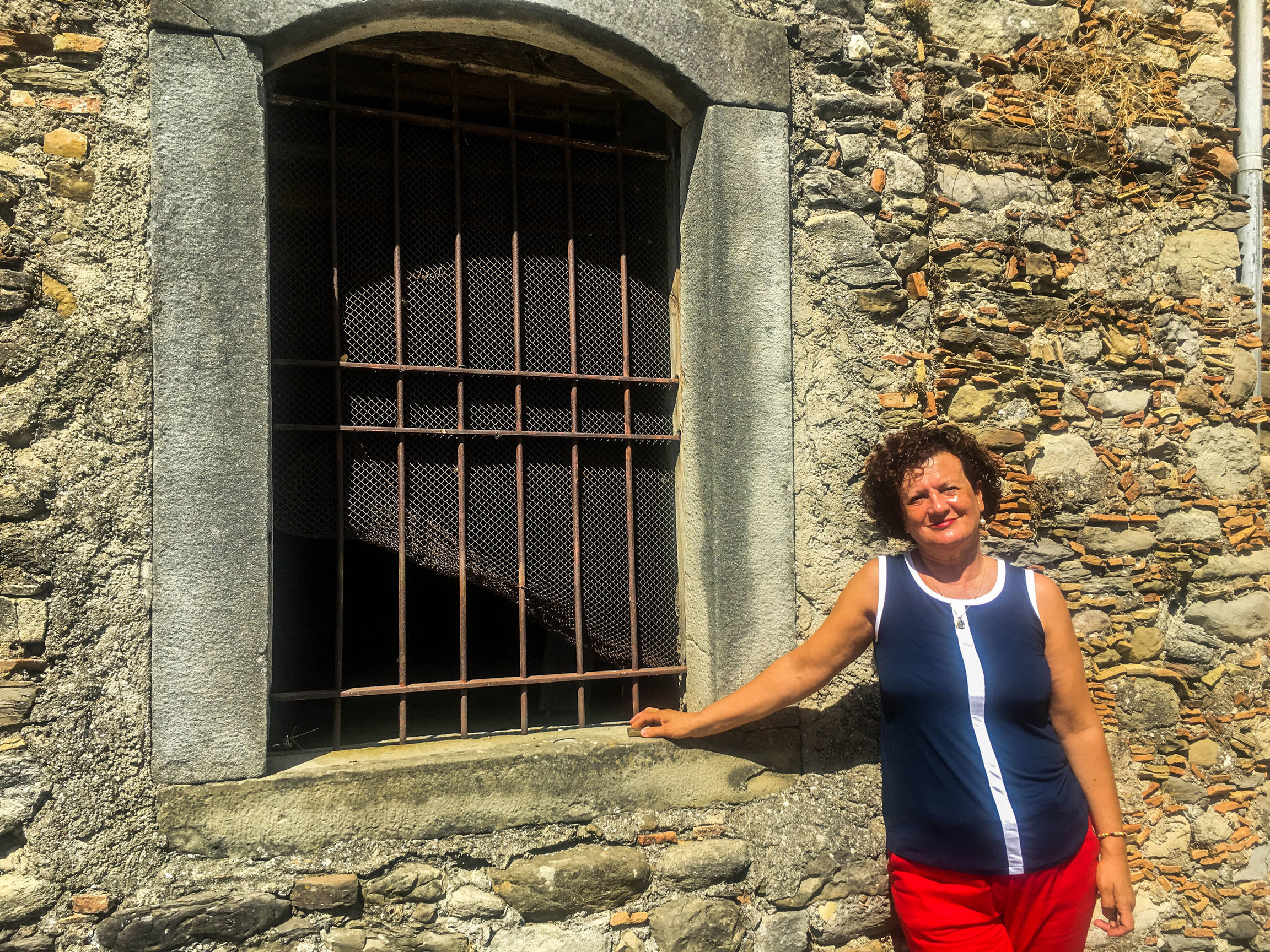 The first house to go on the market is owned by Maria Concetta Abramo, who is pictured.

Abramo is not bothered if the new owner is Italian or from further afield. Nepumaceno would like to see young couples move to the area and lower the overall age demographic. Mayor Fiore said he expected the new owner would be an older person looking for a different pace of life.

“They will be mostly older people, I imagine, who will move here from northern Europe to live a quieter life. Maybe they will dedicate themselves to agriculture,” the mayor said.

Italian towns like Sutera and Riace took a different approach when they saw their populations decline. The two towns opened their doors to migrants who arrived in Italy in huge numbers a few years back. The hope was to provide a home for the newcomers while also reviving the town centers. Fiore, however, doesn’t believe inviting migrants to move into San Piero Patti’s empty houses is the solution for the town’s dwindling population. He says the issue of immigration needs to be dealt with at the national government level. 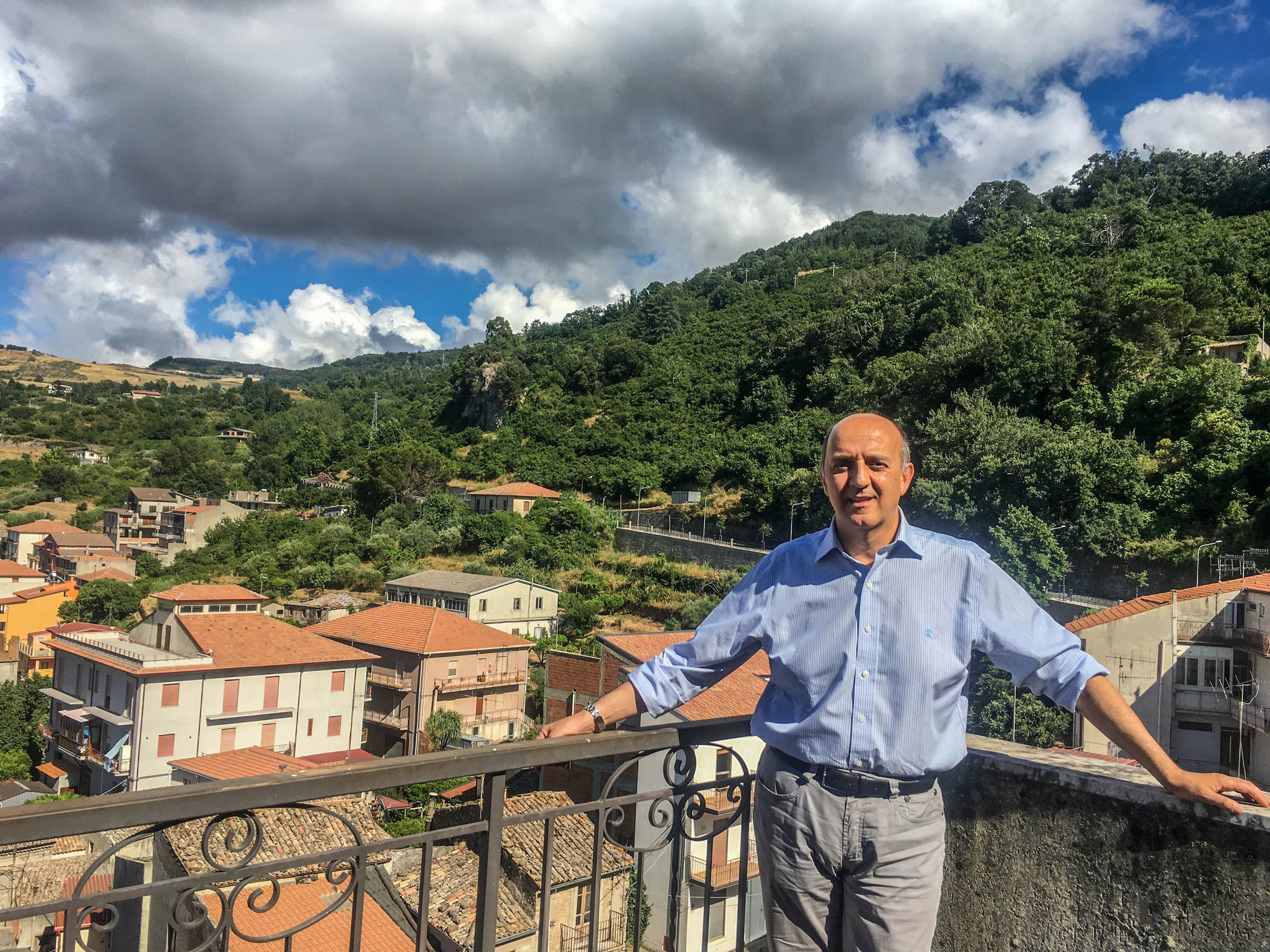 Salvatore Fiore, the mayor of San Piero Patti, Italy, said his town had watched the success of offering homes for sale for 1 euro in other places and wanted to try it out here.

“If we have forced or spontaneous migration to San Piero [Patti], it would not be beneficial either for the migrants or the locals. We need a more cohesive political solution from the government. It cannot come from one small village.”

“If we have forced or spontaneous migration to San Piero [Patti], it would not be beneficial either for the migrants or the locals. We need a more cohesive political solution from the government. It cannot come from one small village.”

Related: After budget cuts, asylum-seekers in Italy forced out of cities

Nepumaceno says she would welcome migrants to San Piero Patti. Her biggest worry is for her daughter, who is 1 year old. The hilltop town is undoubtedly a peaceful environment to raise a child, but for young mothers, like Nepumaceno, the issues revolve around schools and health care facilities. 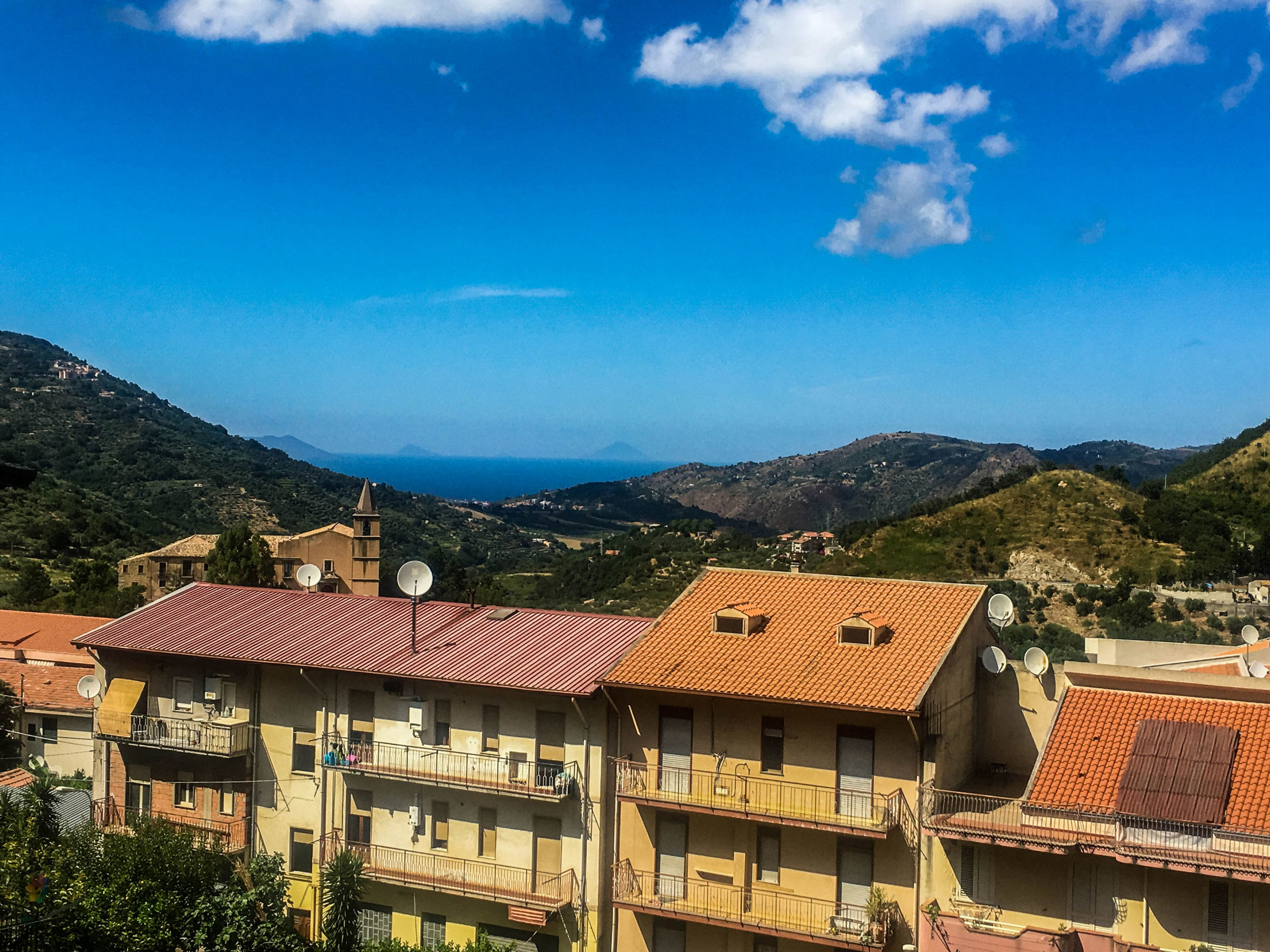 San Piero Patti, a small Italian town, is taking extreme measures to try and bring new life to the region — including selling some of its abandoned houses for less than a cup of coffee.

“I don’t know what my daughter will find in three years. I don’t know if we’ll still have a school or the doctors or pharmacies. In a very short period, we could lose it all.“

In 10 years, Nepumaceno says, so much has changed in the little Sicilian town. A sense of fun and vitality has ebbed away. But in the next decade, she says, things could reverse — starting with the sale of just one house for just 1 euro.