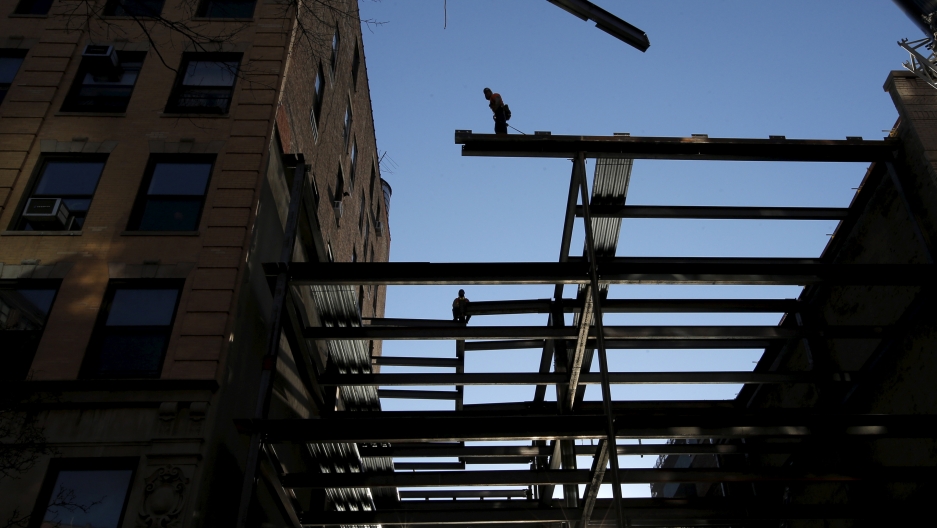 Workers install steel beams to a new apartment building on New York City's Lower East Side, Manhattan, Jan. 11, 2016. National security is more than military firepower. It's also about solid infrastructure and a strong economy, among other areas of concern.

Almost two decades after thousands died in the attacks of 9/11, there remain many active efforts underway to protect the United States from international terrorism.

Since 9/11, American domestic and international security policy has been focused on individual terrorists, terrorist groups and rogue countries as the primary threats. The country’s defensive response has been focused on the military and law enforcement capabilities. That’s natural because the military knows how to shoot, drop and launch things at threats like that. And those dangers still exist.

Related: In a world of cyber threats, the push for cyber peace is growing

However, as someone who routinely analyzes threats, vulnerabilities and risks, I see the US again falling prey to a decades-old problem, which the 9/11 Commission termed a “failure of imagination.” That’s when leaders miss important, relevant connections or alternatives to what they’re focused on.

Specifically, there are other, equally, if not more, dangerous risks to American national sovereignty and security, not to mention citizens’ peace of mind that they are able to live and work in a safe and secure society. The economy, climate, transportation and public utilities are all vulnerable to nonmilitary threats. Unfortunately, those weaknesses tend to receive little attention from elected officials — much less any meaningful efforts to solve them. I believe this is because dealing with such concerns isn’t immediately evident, easily profitable, politically expedient or exciting to show on TV.

I see America’s growing indebtedness as a huge economic vulnerability.

The United States government is US$22 trillion in debt, its highest level ever, and $2 trillion more than in 2017. The national debt is expected to rise to just below the amount the entire nation’s economy produces in a single year by 2029.

If an external adversary intentionally caused or worsened US economic problems, the effects in the US and on the global economy could present extremely significant risks to American security, domestic stability and peace of mind.

Many countries invest some of their national treasuries in US debt, such as Treasury bonds or government-backed mortgage securities, because they are viewed as low-risk. However, a country holding large amounts of American national debt might decide to suddenly sell some or all of its bonds, as Russia threatened to do in 2008. Certainly, nations like Japan hold significant amounts of debt, but presumably, these countries are not likely to sell it for political leverage. By contrast, Russia or China, who also hold large quantities, may be more inclined to do so, especially during a prolonged trade war.

A bulk sale of American debt would roil US and global financial markets, slow the economy grown by raising the costs of borrowing and rattle global investors’ confidence in the stable value of the US dollar.

Admittedly, if China or Russia sold significant amounts of their American debt, it would hurt them too. For example, the US dollar likely would weaken, making multinational companies more competitive, and American bond prices would fall, reducing the value of those countries’ remaining holdings.

To put this in perspective, the 2008 financial crisis gave Americans a taste of economic unrest, with job losses, evictions, billions lost in retirement accounts and citizens of all ages forced to reassess their personal financial, career, family or life plans. 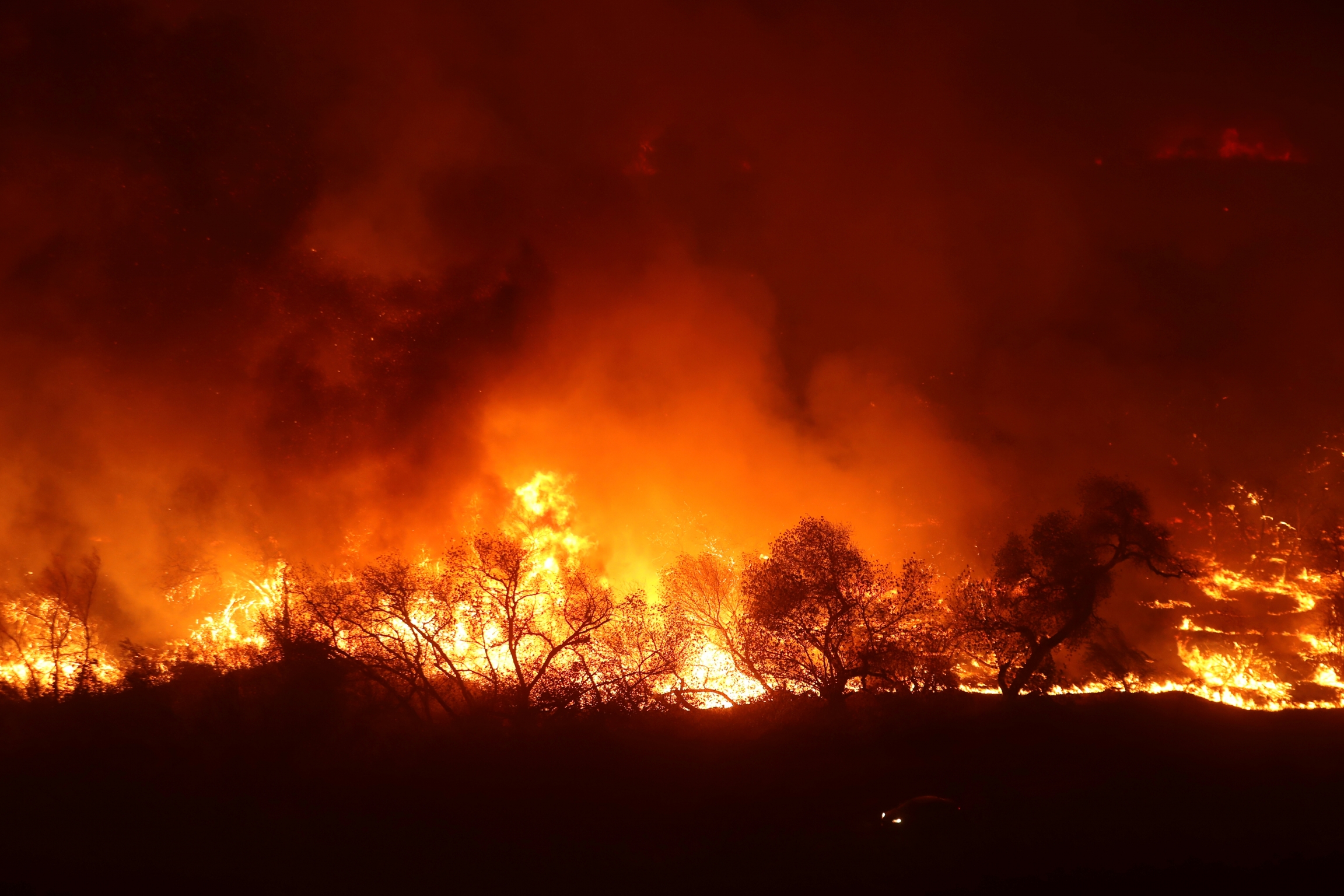 A car drives past a large wall of approaching flames from the Lilac Fire, a fast moving wild fire in Bonsall, California, Dec. 7, 2017.

In recent years, hurricanes, blizzards, summer storms and flooding have all gotten worse both in the US and around the world. The changing climate is affecting cities and nations, as well as entire industries and supply chains, like food production, transportation and the energy sector.

As climate effects worsen, both in the United States and around the world, flooding and storm damage may drive some people from their homes. Many others may suffer from poor air quality, higher commodity prices, grocery prices or even outright food shortages. Moreover, the consequences of climate incidents, such as flooding, can threaten public health with poor sanitation, diseases and epidemics and disrupt global supply chains.

Related: US should shift military funds to climate change fixes

Climate change also affects the US armed forces. Drought, heat, flooding and wildfires are all increasing global worries for the Pentagon. A 2019 Pentagon report found that climate change is affecting military operations, including threatening two-thirds of the 79 critical military bases the report’s authors surveyed.

Beyond creating problems for US military operations, parts of coastal Florida are looking at multi-billion-dollar costs just to build sea walls to protect against rising ocean levels. The city of Honolulu is planning to reduce development near its coastline, in an organized retreat from rising seas. And it’s not just the United States that’s affected by climate change, either.

According to a 2017 report from the American Society of Civil Engineers, America’s roads, bridges, railways, levees, air traffic control systems, schools, and power and water distribution networks are in significant disrepair — and have been for years.

None of this damage has been caused by an outside enemy, but rather by neglect on the home front.

It could cost trillions of dollars to fix everything that needs fixing — but money to fix these problems always is in short supply and often diverted to other priorities. Politicians can’t even agree to commit the dollars needed to fix roads and bridges — which means the repairs won’t come anytime soon, and the risks to everyday life and business will worsen.

Looking more broadly at all threats

The United States remains vulnerable not only to foreign terrorist attacks and mass shootings by domestic terrorists but to many other problems that people may not think of as seriously as they do terrorism. Unfortunately, the “military-industrial complex” that former President Dwight Eisenhower warned about in 1961 continues to dominate US security thinking.

If the United States is to remain a leading world power into the future, it must continue to be economically productive and competitive on the world stage in ways beyond military firepower. Its planning to meet the contingencies described above must embrace a wider perspective that provides citizens and companies alike peace of mind — namely, assuring them a safe, secure and stable future society.

At some crisis point, Americans will be forced to confront the effects of these other vulnerabilities within their lives, families, communities and companies. The solutions to these problems won’t come from more aircraft carriers, fighter jets, airport body scanners and upgraded nuclear weapons. Rather, they will come from objective research, evidence-based planning and investment in long-term projects at home to address these critical problems and ultimately provide lasting security in return.

[Deep knowledge, daily. Sign up for The Conversation’s newsletter. ]

Richard Forno is a senior lecturer and cybersecurity and internet researcher at the University of Maryland, Baltimore County.