Dorian, which over the weekend had been one of the most powerful Atlantic hurricanes on record, killed at least five people in the Abaco Islands in the northern Bahamas and inundated homes with floodwater ahead of its expected advance on the US coast, where more than a million people had been ordered evacuated. 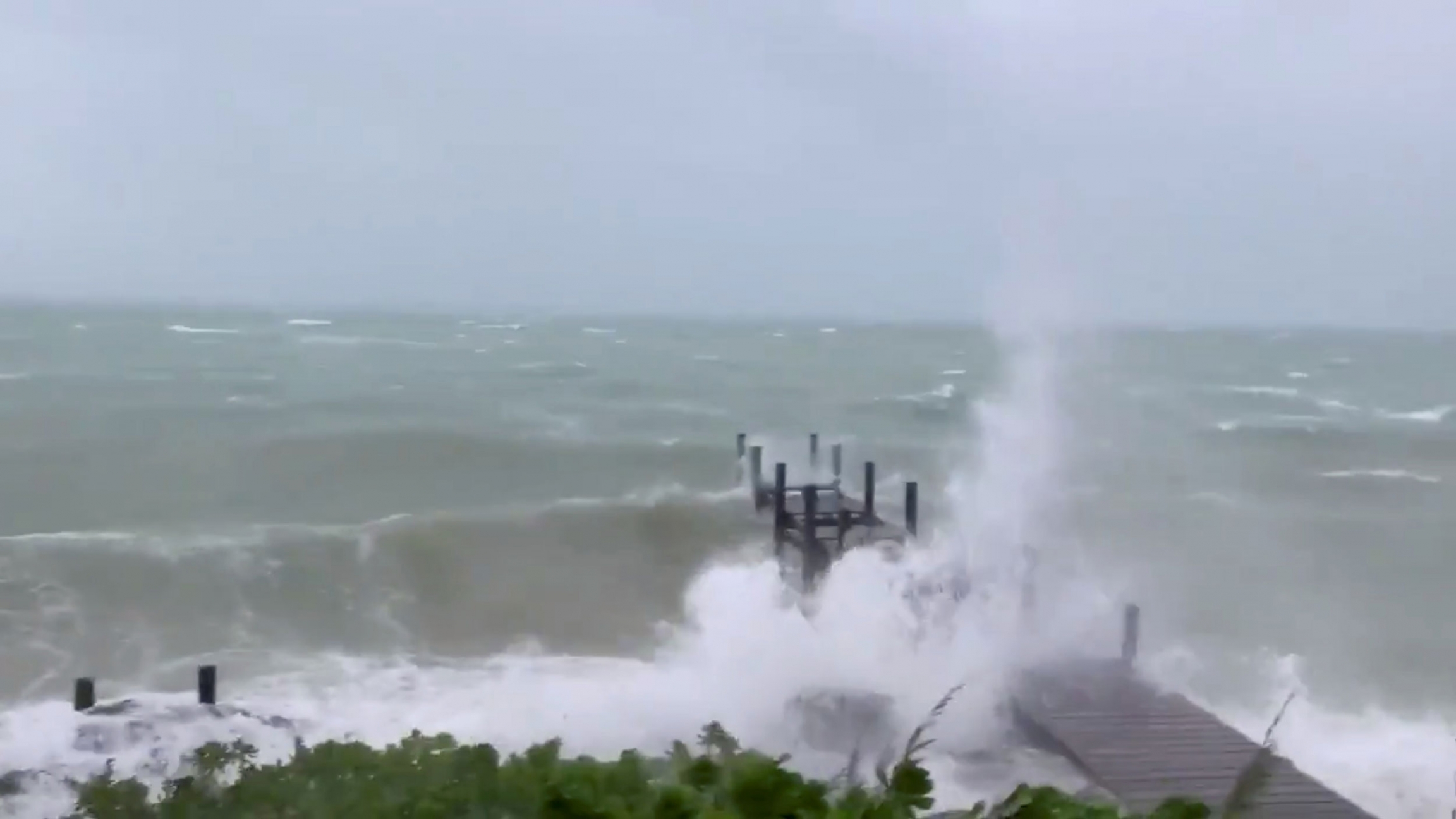 Sea conditions are seen in Marsh Harbour, Bahamas, Sept. 1, 2019 in this still image taken from a video by social media.

The hurricane weakened to a Category 3 on the five-step Saffir-Simpson Wind Scale early on Tuesday, with maximum sustained winds of 115 miles per hour, the US National Hurricane Center (NHC) said. It was moving northwest at 1 mph (1.6 kph), well below walking speed.

The exact toll of the devastation in the Bahamas will not be clear until the storm passes and rescue crews can get on the ground. The storm hovered over the islands for almost 24 hours. 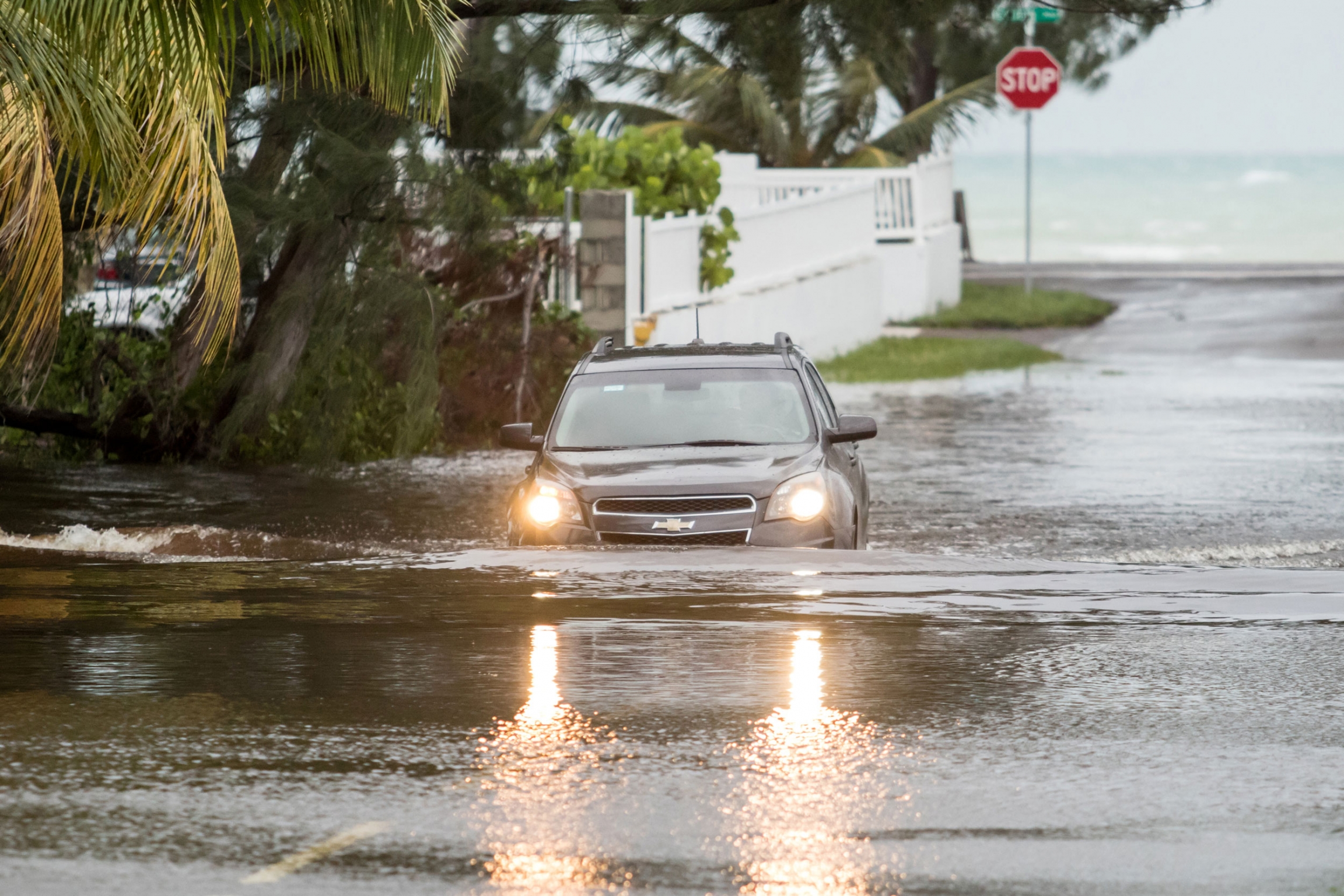 A car drives through a flooded street after the effects of Hurricane Dorian arrived in Nassau, Bahamas, Sept. 2, 2019.

"We are in the midst of a historic tragedy in parts of our northern Bahamas," Bahamian Prime Minister Hubert Minnis told a news conference on Monday. "Our mission and focus now is search, rescue and recovery."

He added that the US Coast Guard was on the ground in Abaco and had rescued a number of injured individuals. Critically injured people were being taken to hospitals on New Providence, the country's most populous island. 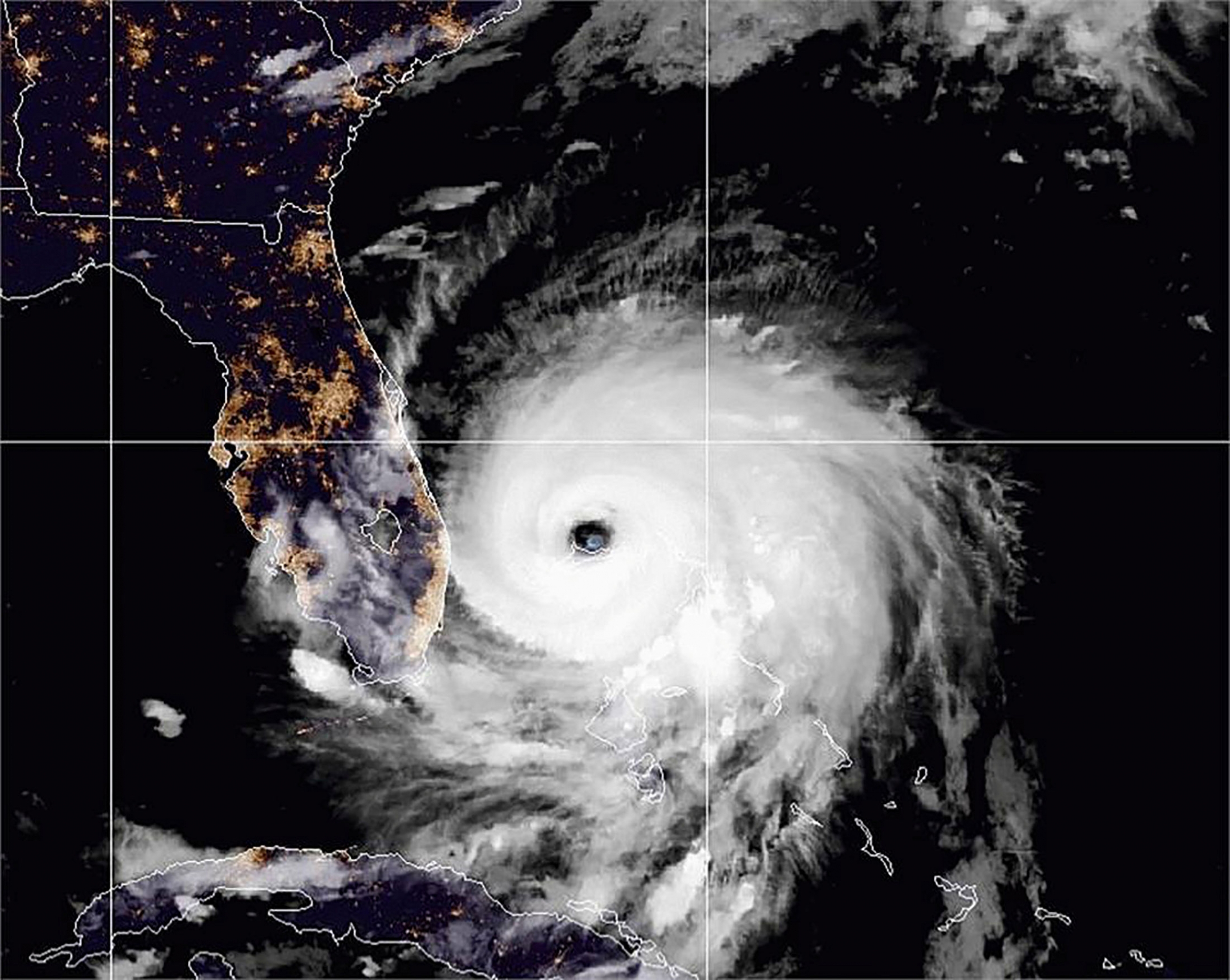 The eye of Hurricane Dorian remains near the city of Freeport, Bahamas in a satellite photograph distributed by the NOAA's National Weather Service Sept. 2, 2019.

As many as 13,000 homes in the Bahamas may have been destroyed or severely damaged, the International Federation of Red Cross and Red Crescent Societies said.

Efforts to reach officials in the Bahamas by phone on Tuesday were unsuccessful. 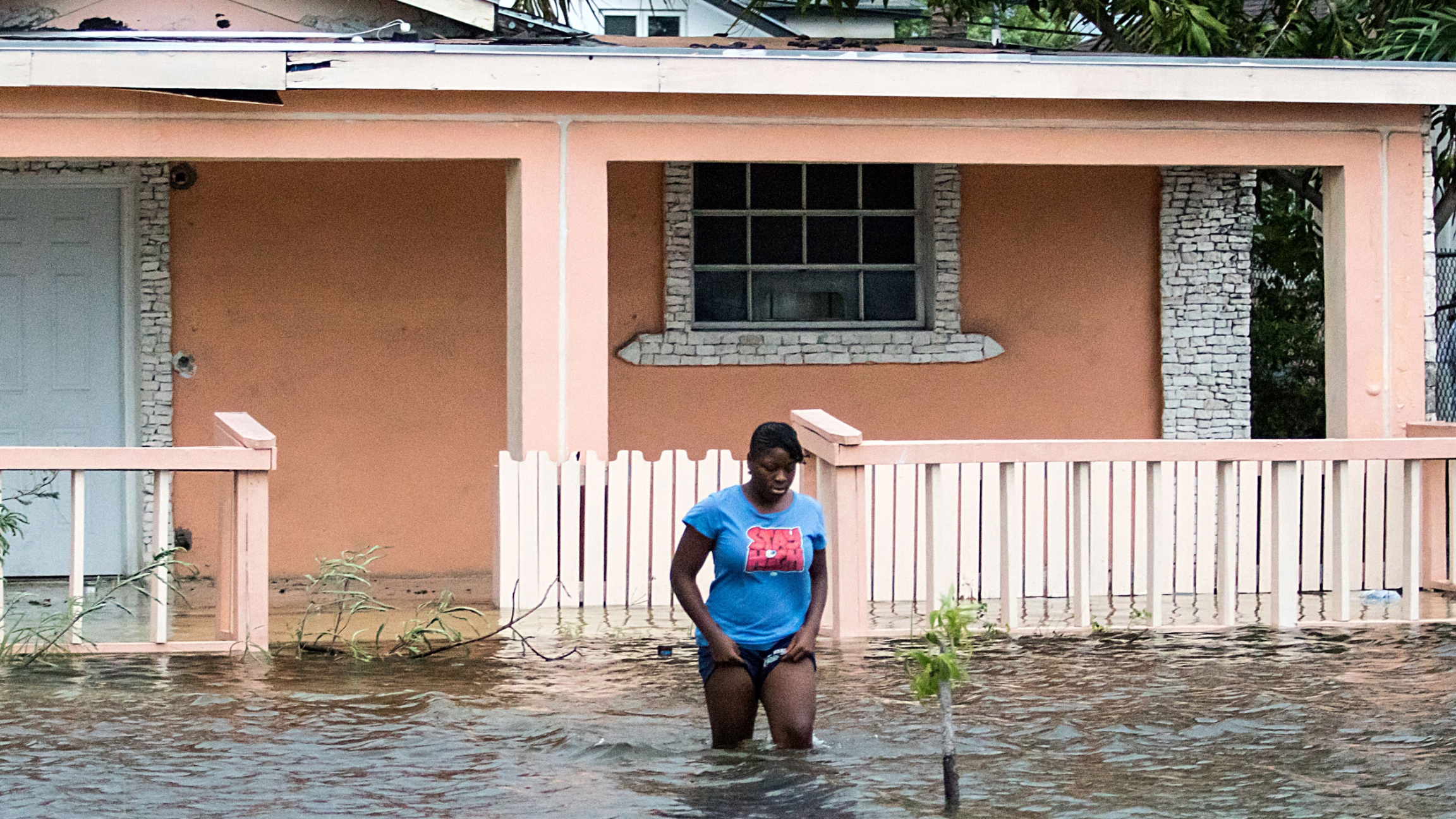 A woman walks in a flooded street after the effects of Hurricane Dorian arrived in Nassau, Bahamas, Sept. 2, 2019.

Houses in a neighborhood in Freeport on Grand Bahama Island were engulfed by 6 feet of water. "It looks like they're boats on top of the water," said Rosa Knowles-Bain, 61, a resident who fled two days ago to an emergency shelter.

Flordia in its sights

Dorian was expected to churn toward Florida by the end of Monday, before bringing its powerful winds and dangerous surf along the coasts of Georgia, South Carolina and North Carolina by late Thursday. 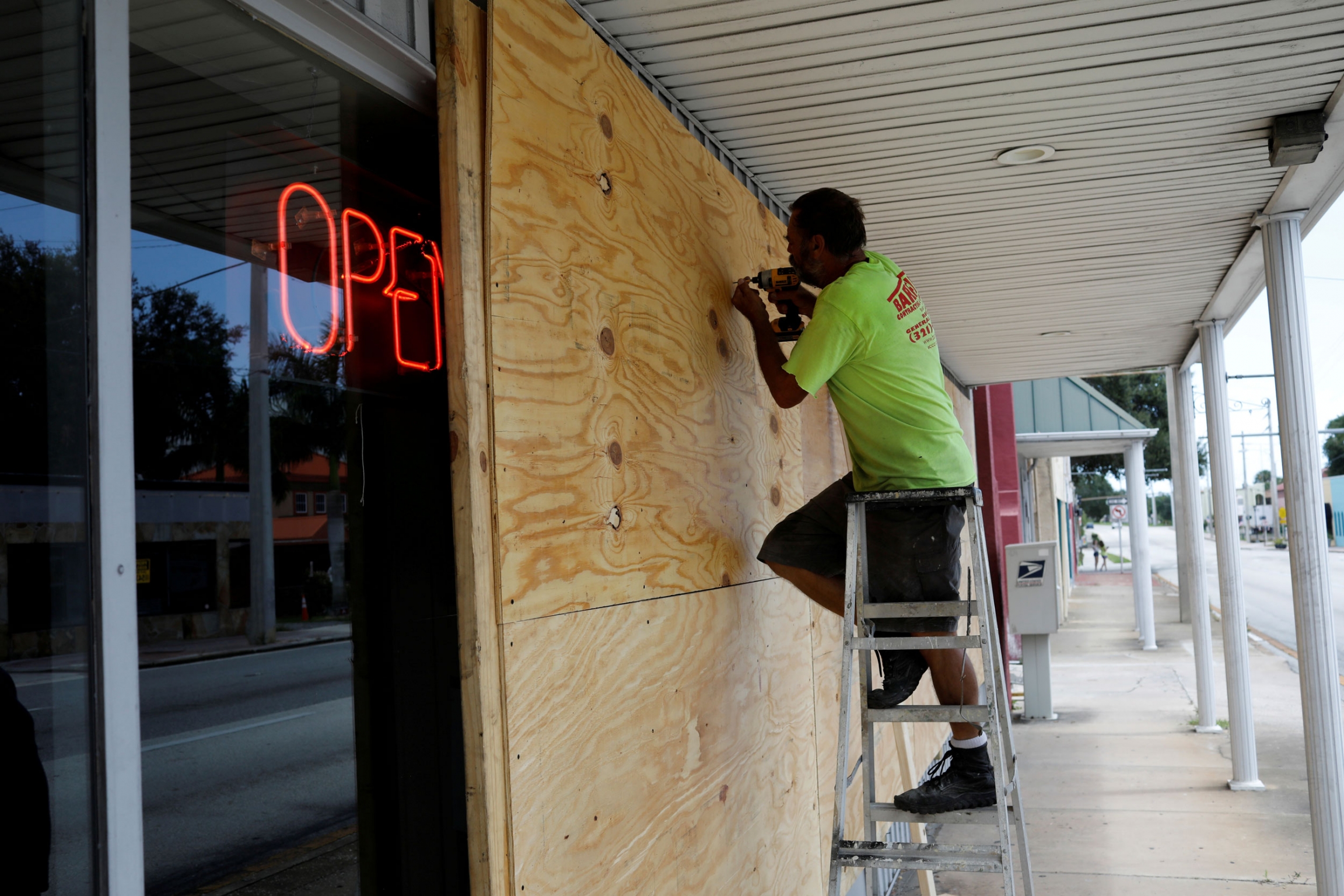 A man boards up a business ahead of the arrival of Hurricane Dorian in Cocoa, Florida.

Forecasters have told Floridians not to become complacent because the storm is now predicted to stay off the coast.

Dorian could drive seawater inland as it approaches, with parts of the northern Florida and Georgia coasts seeing as much as 7 feet, said NHC Director Ken Graham, urging residents of coastal areas to obey any evacuation orders. 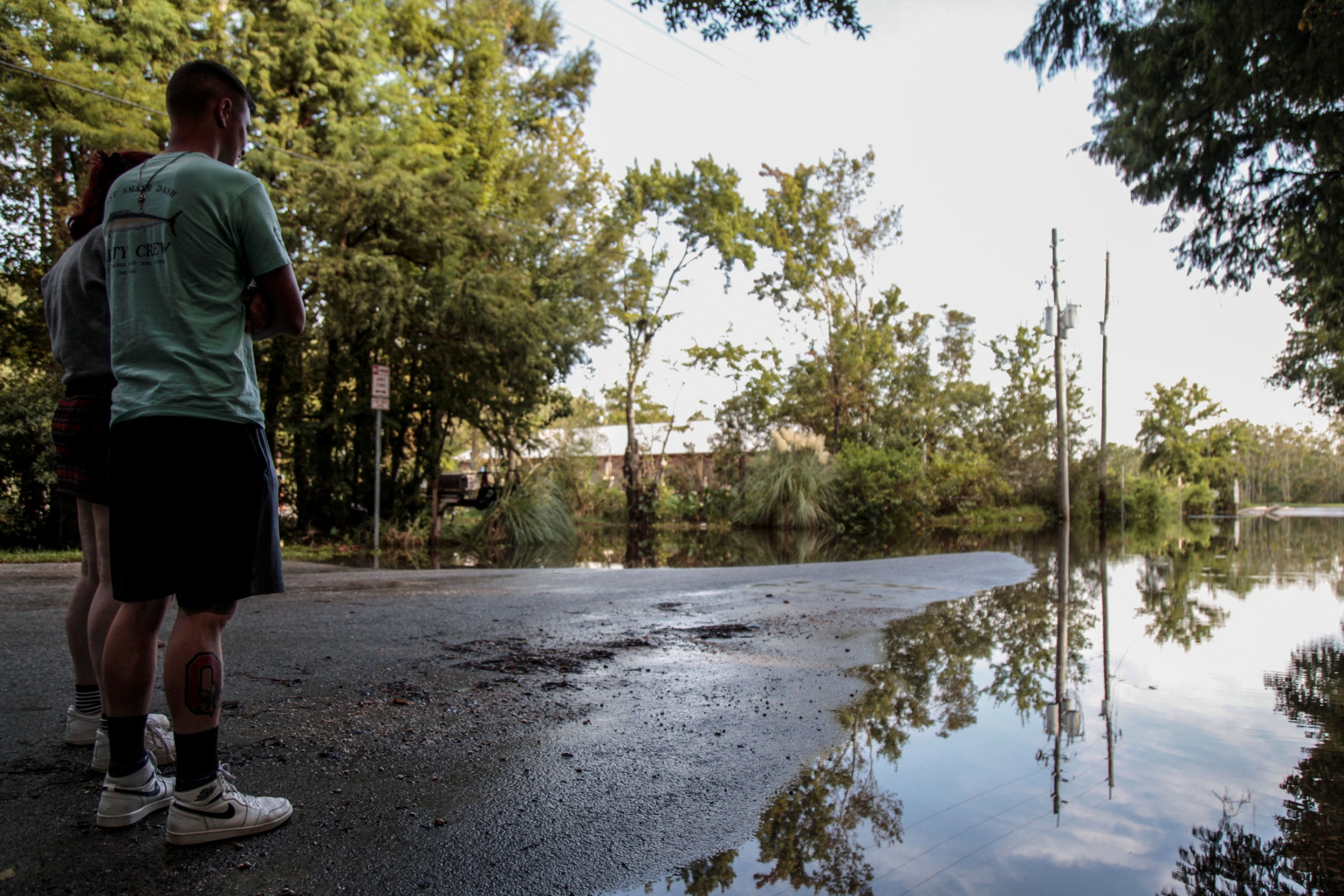 People look at recent flooding due to passing storms at the Hood Landing boat ramp before the arrival of Hurricane Dorian in Jacksonville, Florida.

"If you're really told to get out of these low-lying areas by local officials, then do so," Graham said in an online video briefing. 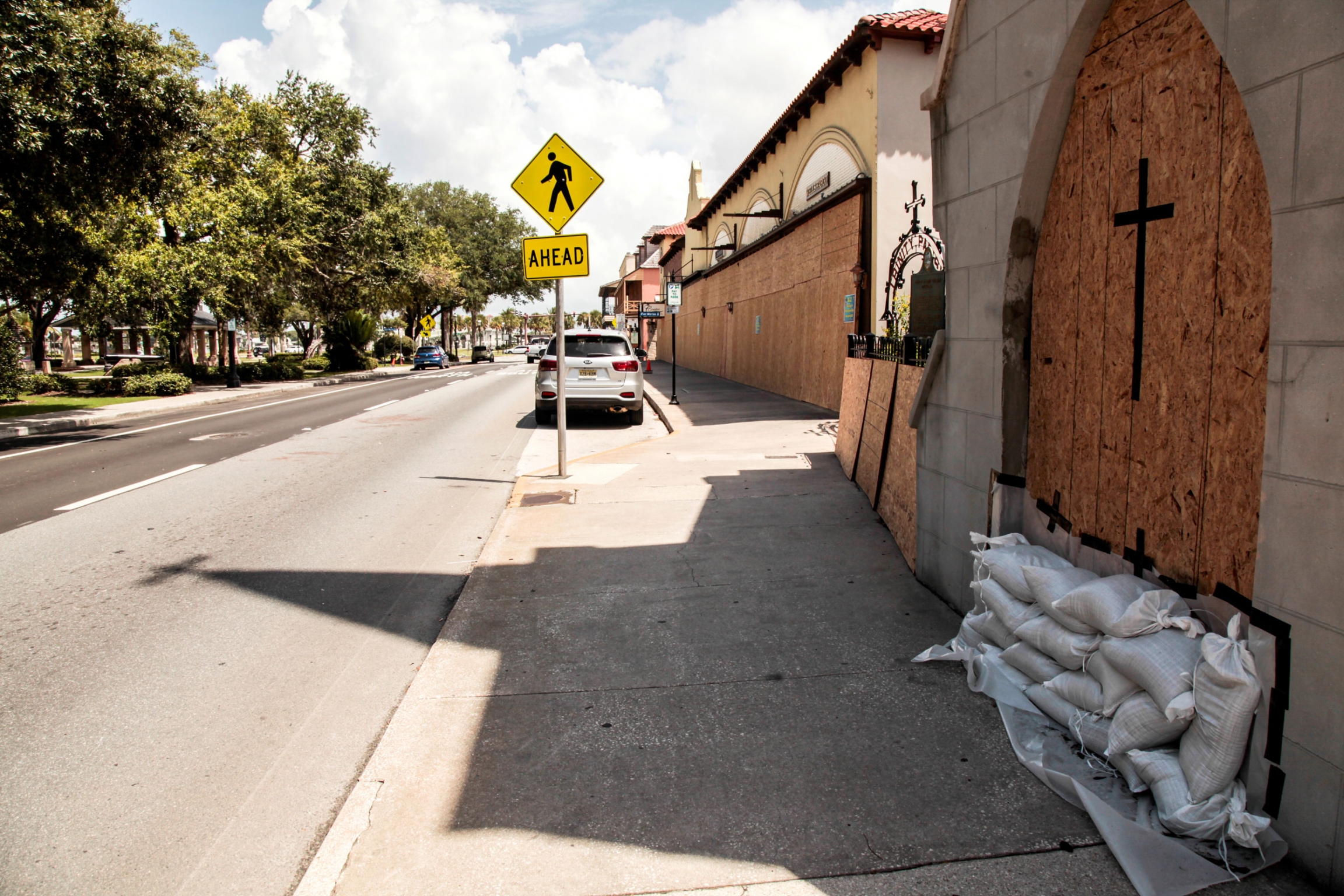 Window of church and restaurants are seen covered in preparation of Hurricane Dorian in St. Augustine, Florida.

After days of warnings to flee a storm that at its peak was rated at the top of the scale of hurricane strength, many residents of Florida's coast remained unsure whether to wait it out or evacuate.

"I know it's a mandatory evacuation, but everyone I talked to is staying, and I don't know what to do. But I'm going to be ready and packed up in case I need to get on the road if they close those bridges," Linda Cassano, a 53-year-old beautician who lives on Jacksonville Beach said as she stocked up on water and food. "What deterred me is everything was open, the garbage man came today, the post office was delivering, so those things kind of make you indecisive."

The storm was causing havoc for travelers on Florida's east coast, where some airports and gasoline stations were closed. 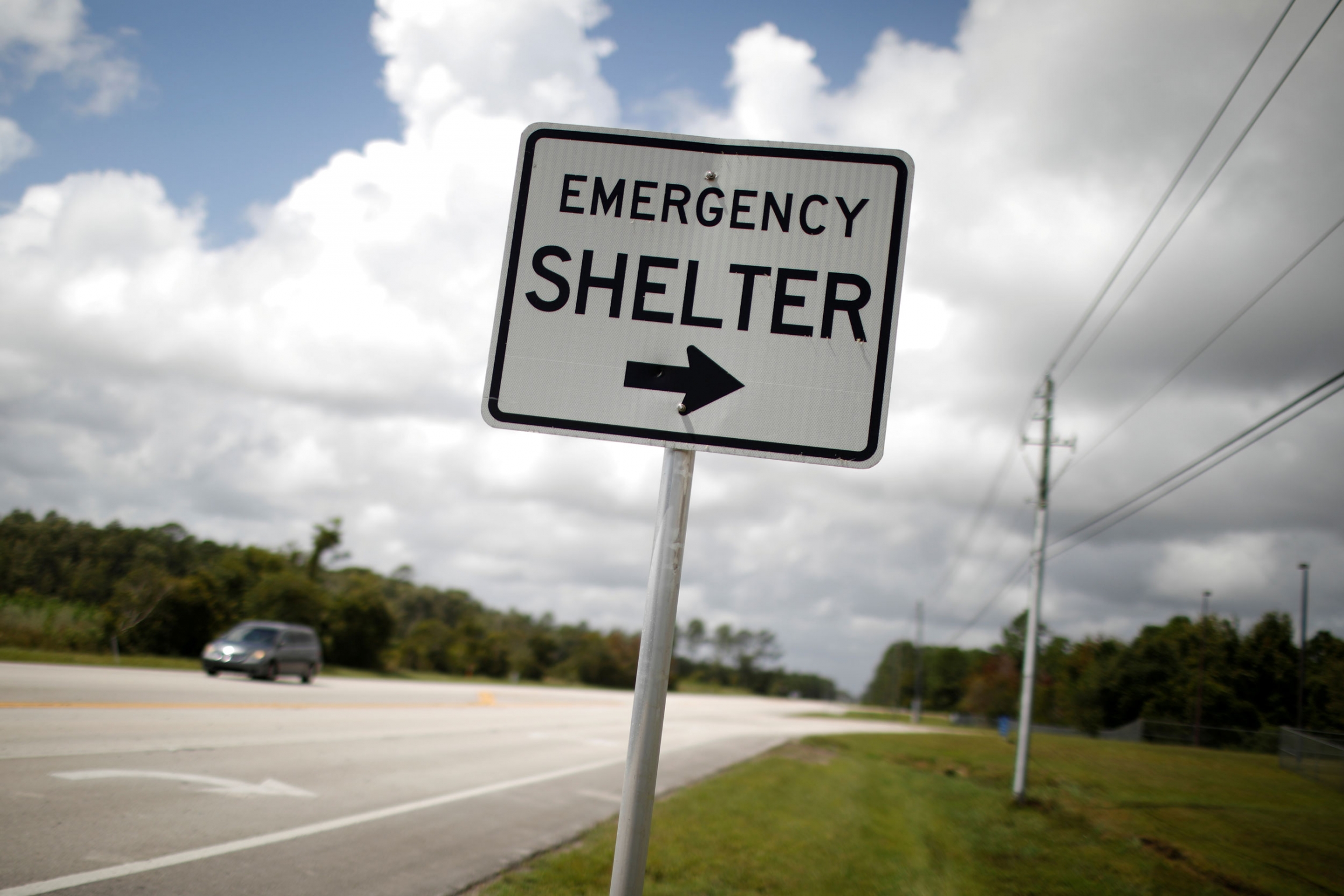 An Emergency shelter sign points to the Pedro Menendez High School ahead of the arrival of Hurricane Dorian in St. Augustine, Florida.

Orlando International Airport ceased commercial operations because of the storm, it said in a statement.

South Carolina Governor Henry McMaster ordered mandatory evacuations for parts of eight coastal counties effective at noon on Monday. More than 830,000 people were under evacuation orders in Charleston and other coastal communities in the state, emergency management officials announced.

Virginia Governor Ralph Northam declared a state of emergency in his state on Monday, his office said, anticipating the southeast coast could be hit by the storm on Thursday.