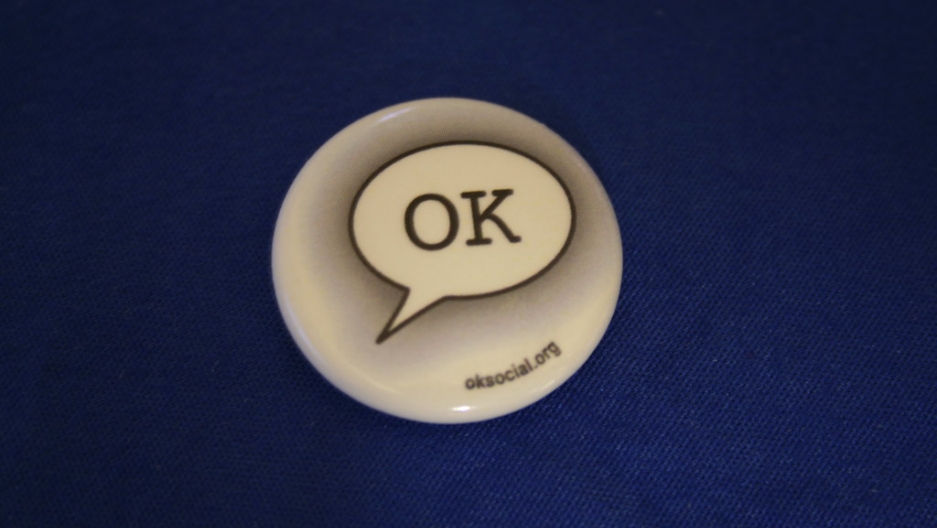 Where did "OK" come from?

Why do we say OK?

Of all the words in the English language, the word “OK” is pretty new: It’s only been used for about 180 years.

Although it’s become the most spoken word on the planet, it’s kind of a strange word. Sometimes it’s spelled out — “okay” — and sometimes just two letters are used: “OK.” Other times, periods separate the two letters: “O.K.”

Related: How the Miami Tribe got its language back

I’m a syntactician, which means that I’m someone who looks at the structure of language. I also study words and how they change over time.

For example, the word “silly” used to mean “happy” and now means “foolish.” Sometimes new words develop, like “stan,” which means a person who’s obsessed with a celebrity, and “exomoon,” a moon outside our solar system.

Linguists — the term for people who study languages — don’t always know why these shifts happen. Usually they’re in response to social changes or scientific discoveries. But the largest dictionary of the English language, the Oxford English Dictionary, is always adding new words. In fact, it added 1,400 new words in June 2019 and will add even more words two more times this year.

“OK,” whose earliest usage is 1839, according to the Oxford English Dictionary, generally means things are good or alright.

Related: How the Basque language has survived

So why did people start to say “OK”?

We aren’t entirely sure. But some linguists point to how, in the early 19th century, humorous abbreviations were in vogue. Young people would write things like “KG,” which stood for “know go,” an intentional misspelling of “no go,” when they meant something was impossible. It was a way to play with language.

Likewise, experts think “OK” likely emerged as an abbreviation of “oll korrect” — which was a jokey way of saying “all correct.” Others say that it derives from “Old Kinderhook,” a nickname for former US President Martin Van Buren, or that it comes from Choctaw, a Native American language.

The nice thing about “OK” is that it’s so versatile. It can be used as a noun, a verb, an adjective, conjunction or an interjection. It’s also competed, over time, with “alright” and “all right” — words and phrases that have identical meanings.

One last important thing to know: If you like to play Scrabble, it’s alright — and even OK — to use “OK” when playing. Just within the past year, it became an accepted word.

Hello, curious kids! Do you have a question you’d like an expert to answer? Ask an adult to send your question to CuriousKidsUS@theconversation.com. Please tell us your name, age and the city where you live. We won’t be able to answer every question, but we will do our best.

Elly van Gelderen is a professor of English at Arizona State University. This article is republished from The Conversation under a Creative Commons license. Read the original article.