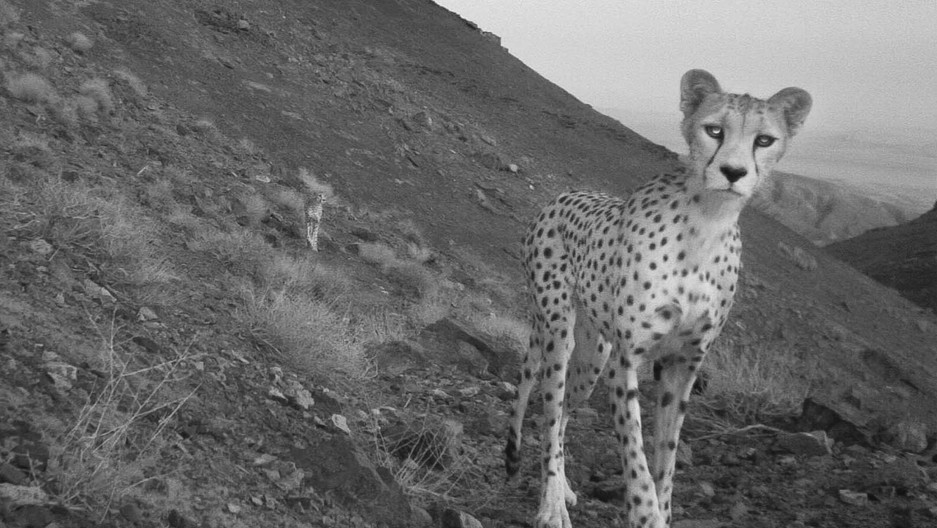 The Asiatic cheetah, critically endangered, lives mainly in Iran, where the government is persecuting members of the Persian Wildlife Heritage Foundation.

The Asiatic cheetah is a species on the brink of extinction, with fewer than 50 of them left. Now, geopolitical struggles risk killing the last surviving ones.

Early last year, the Iranian government began arresting members of the Persian Wildlife Heritage Foundation, a nonprofit started in 2008 by a group of environmentalists alarmed by the dwindling numbers of Asiatic cheetahs. The cheetahs, which have huge, brown eyes, live mainly in eastern and central Iran.

Because there are so few Asiatic cheetahs left, they are extremely difficult to spot in the wild. In 30 years of studying the cheetahs, a ranger in Iran only saw them 15 times, he was reported as saying.

Frans Lanting, a photographer for National Geographic, who spoke with the ranger on assignment in Iran eight years ago, said Asiatic cheetahs are "different from the African cheetah which we all know from documentaries. It chases gazelles on the grassy plains of the Serengeti, but in Iran,” he added, “cheetahs survive in rocky, desert terrain, in island mountains, where they are hunting desert sheep."

Related: Cheetah could be extinct by 2030

The Persian Wildlife Heritage Foundation’s mission is to study the cheetahs and to find ways to protect them. The foundation’s scientists used camera traps to track and monitor the animals.

"It’s a camera that is activated by something that passes by,” said Lanting. “It sends an infrared signal and then the image is recorded on the camera."

Lanting said these cameras are manufactured in the United States, which might have played a role in the arrests of the Persian Wildlife Heritage Foundation’s members. Among them was Kavous Seyed-Emami, co-founder of the foundation.

"My father [was] a typical, tree-hugging hippie," Ramin Seyed-Emami, Kavous’ son, told The World. "He’s someone who grew up in the wild. He loved the outdoors. He was an avid hiker, camper."

Kavous Seyed-Emami studied sociology in the US. Then, he returned to Iran, and later co-founded the Persian Wildlife Heritage Foundation.

Next, international organizations like the United Nations got involved with the cheetah preservation project in Iran. Next, Panthera, a wild cat conservation group based in New York, sent technical help. 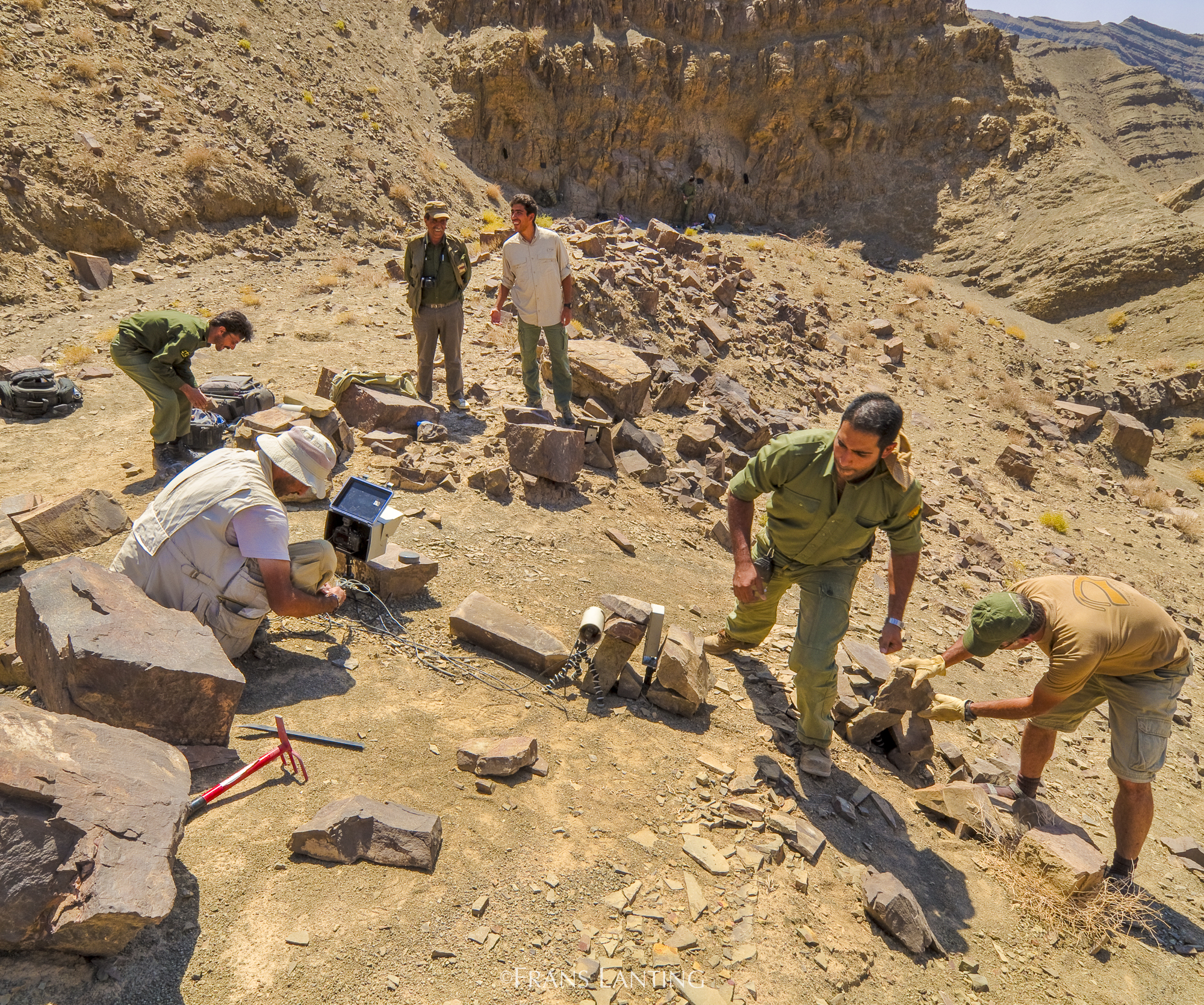 A team of conservationists with the Persian Wildlife Heritage Foundation is at work on a site in Iran.

Kavous knew that the Iranian government is notoriously suspicious of any foreign involvement in the country, his son said. So Kavous played it by the book. He got permission from the ministry of environment, according to Ramin, and he was transparent about his work. But in January last year, the 64-year-old was summoned to the police station.

"And when he went to the police station, they just threw a bag over his head and took him away," Ramin said.

He went on to add that his father called home the next day. He said he was in jail, but [that] it was just a misunderstanding. He would be released soon.

"Until two weeks later, we were left in the dark, not knowing what to do," Ramin said, "until we got a phone call that my father had passed away in prison."

Officials said he had taken his own life. But Ramin doesn’t accept this.

A branch of the Iranian Armed Forces accused Seyed-Emami and his fellow environmentalists of spying for the US and Israel. The security forces said they were using their cameras to collect sensitive information about military sites.

Ramin denies this. "To this day they have yet to present a single source of evidence," he said. "It’s ludicrous when you look at the accusations and claims."

There is something else that might have angered the Iranian authorities, said Frans Lanting, the National Geographic photographer. Panthera, the New York-based conservation group, which sent technical assistance to the foundation in Iran, is funded by an American hedge fund billionaire, Thomas Kaplan. In 2017, Kaplan went on the record with very strong anti-Iran views. And he has supported a group called United Against Nuclear Iran with $750,000 to help them lobby the Trump administration to pull out of the Iran nuclear accord.

Panthera didn’t respond to The World’s request for comment.

Last year, more than 300 scientists from all over the world signed a letter urging the Supreme Leader of Iran to release the eight remaining environmentalists.

Cole Burton, a conservationist at the University of British Columbia, who signed the letter, said the arrests in Iran have had a chilling effect on wildlife research and preservation in the entire region.

Burton has used cameras similar to the ones used to spot Asiatic cheetahs to study bears in Armenia. Two of his students, Iranian-Canadians, were planning to expand that research into Iran. But those plans have now been cancelled, he said.

"We don’t really know what’s happening if we’re not able to observe and collect data on these animals," he said. “We’re really like detectives trying to understand what’s going on with little bits of information — it’s quite problematic.”

Burton said that the cameras the scientists used in Iran are not designed to take high-resolution photos.

"If each camera [used to spot the cheetahs] was a high-powered zoom camera capable of getting detailed information on structures or other things in the distance, it would be prohibitively expensive."

Ramin is a musician and moved to the US in August. His mother is stuck in Iran, he said. Authorities have banned her from leaving the country. And the trials of the eight environmentalists are ongoing. Last year, Ramin released a music video in memory of his father. The song, "But You’re Not Here," speaks of loss and longing — feelings that characterize not only his personal loss but also those of the movement trying to save the cheetahs in Iran.