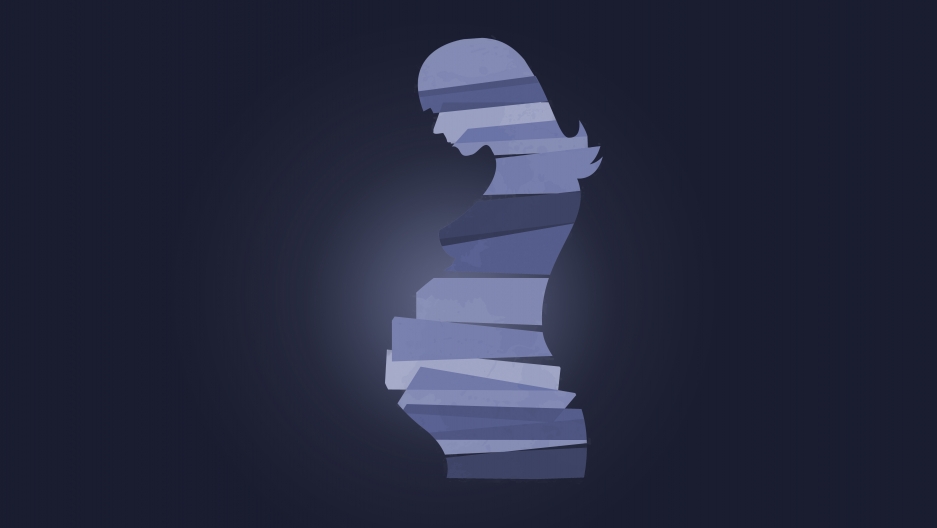 Pregnancy is always popping up in science fiction, like “The Handmaid’s Tale,” “Children of Men” or “Alien,” where pregnant women need saving, or worse, unwanted pregnancies are forced upon them. But now there are some new works of fiction that portray pregnant women as unambiguous heroes, battling dystopian conditions to protect themselves and their babies.

In Megan Hunter’s book “The End We Start From,” a new mother and her infant son find themselves on the run from a massive flood that has created a refugee crisis across Britain. The flood occurs at the same time as the mother’s water breaks: “I was interested in the image of the amniotic fluid that the baby is growing in and the links between those, really,” Hunter says. “There's a certain quality in which the whole book is about the motherhood experience, but within this particular context.”

“Pregnancy is science fiction. It's the idea that you have your own body and all of the sudden you're sharing it with an alien,” says Parley Ann Boswell, author of the book “Pregnancy in Literature and Film.” “Something is in there that's making you throw up or making you sick, that's changing the shape of your body and you have no control ... ‘Oh my goodness, I'm sharing my body with someone I don't know. And he's not giving me much sleep and I'm losing my life.’ It's very frightening and it's difficult in ways that we don't ever talk about, except in science fiction.”

In Louise Erdrich’s novel “Future Home of the Living God,” the protagonist, Cedar Songmaker, faces a reproductive crisis fueled by a reversal of evolution and a totalitarian regime that imprisons pregnant women for close observation.

“In a way, your first pregnancy is an incredibly abstract, strange process,” Erdrich says. “So everything inside her is changing, and it makes women intellectually precocious at the time because we have to try and absorb this very abstract thing that's happening. How can you believe there's another entire individual that you are forming inside of yourself? You know it's happening all the time, but it’s crazy.”

“Pregnancy narratives — especially those generated by women — are about pregnant women as warriors,” Boswell says. “What is more difficult than giving birth? Nothing. And women are heroes. We are the warriors, the ones who give birth. And, of course, women become heroes of their stories. Pregnancy allows that.”