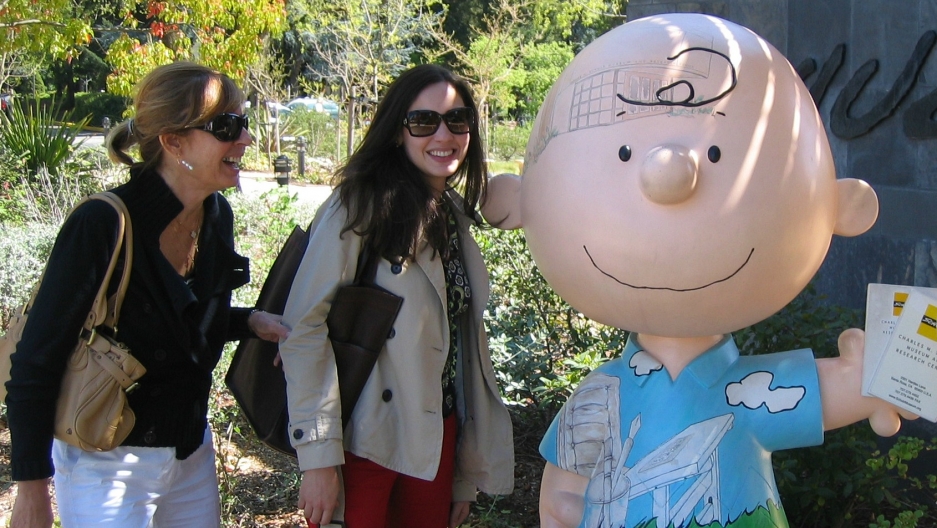 Victoria de Puy was a teenager when her friend gave her a book of “Peanuts” comics. She fell in love with the series immediately.

Her daughter Geraldine got indoctrinated early: as soon as she was born, Victoria surrounded her with “Peanuts” memorabilia, lunchboxes, t-shirts and pajamas. There’s some debate between the two as to what Geraldine’s first words were — either “Snoopy” or “agua.”

Then the family moved from Panama City to London. Feeling isolated in a new country, Victoria and Geraldine bonded more closely over “Peanuts.” They saw the friendship between Snoopy and Woodstock as a reflection of their own. Their relationship “transcends that of mother and daughter,” Geraldine says. “It really becomes one of companion, and I think Snoopy and Woodstock are those companions to each other.”