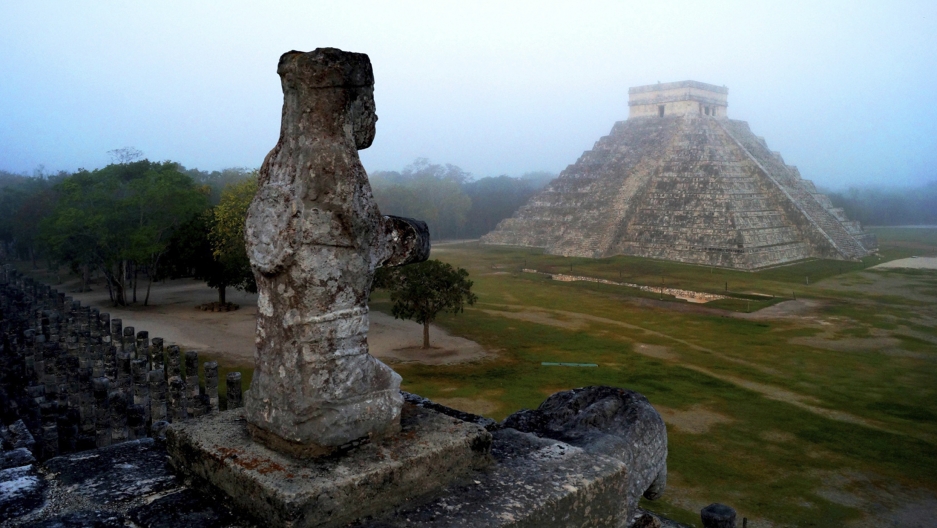 A proposed new train in Mexico would make the archaeological site of Chichen Itza, on the Yucatan Peninsula, easier to reach from Cancun.

Mexican President Andrés Manuel López Obrador has a dream for the Yucatan Peninsula. He wants to build a train that will leverage the tourism economy of Cancun by bringing more visitors inland to the colonial cities, Mayan villages and archaeological sites that dot the region.

The Yucatan is a unique Mexican cultural crossroads. Many Maya here continue to farm, live and dress according to Indigenous traditions developed millennia before the Spanish colonized the Americas. Travelers also come from across the globe to sunbathe along the modern, highly developed Riviera Maya. Over 16 million foreigners visited the area in 2017; three-quarters of them were American.

The Mexican government thinks that a tourist train could turn Maya villages into destinations, too, bringing an infusion of cash and jobs into one of its poorest and most marginalized regions. Commuters would also benefit from rail travel.

But there are social and environmental consequences to laying 932 miles of railway tracks across a region of dense jungle, pristine beaches and Maya villages. And in his haste to start construction this year, López Obrador — whose energy policy is focused on increasing fossil fuel production in Mexico and rebuilding the coal industry – has demonstrated little concern for conservation.

As a landscape architecture scholar who has studied Mexico’s Yucatan Peninsula, I agree that the Maya Train could bring substantial benefits to this region. But the train must be designed in a way that respects the delicate ecology, Indigenous history and social fabric of the region.

The Yucatan, a biodiverse peninsula that’s geographically isolated from the rest of Mexico and Central America, has already suffered mass deforestation due to careless urban development, massive tourism and, in particular, unsustainable cattle ranching.

For stretches, the Maya Train will run on existing tracks. But other parts of its planned route will cut through some of the only unspoiled ancient forests on the Yucatan Peninsula that are not federally protected as nature reserves. That bodes badly for endangered native species like the kanzacam cactus and black howler monkey.

Running a train through virgin forest also puts potentially hundreds of undiscovered ruins at risk. New technology has lead archaeologists to believe that the ancient Maya had many more cities, shrines and settlements than have been uncovered and excavated.

There is concern, too, that the construction of a new train line may exacerbate a demographic shift already underway in the Yucatan.

As young Mexicans have left the small towns of the Yucatan to seek tourism jobs, many traditional Maya villages face abandonment. In 2015, 36% of Yucatec residents lived in traditional towns of fewer than 5,000 people — about 10% fewer than in 1990.

A Maya Train with limited stations may spur development of a select few traditional towns. But many more — all those not located within the new rural tourism corridor — will likely see their population dwindle. 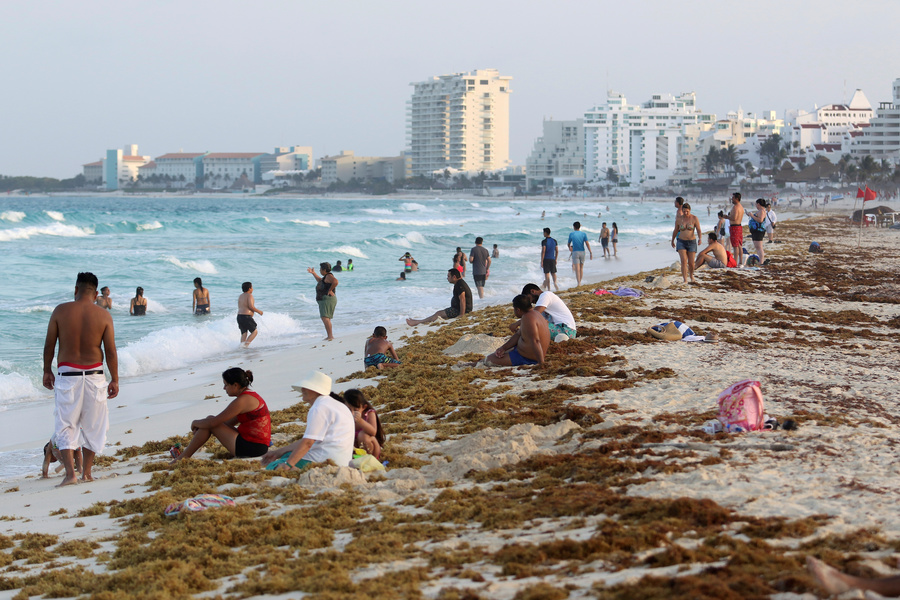 Cancun, Mexico, is a global tourist destination on the Yucatan Penninsula.

I don’t believe López Obrador’s ambitious signature infrastructure project should be killed. But the rushed construction schedule could be slowed down, giving the government time to study how the environmental and social costs of the Maya Train can be mitigated.

Analysts have almost universally pointed out that the government’s six-year timeline necessarily precludes a deliberate, comprehensive and careful planning and construction process.

Landscape ecology, the study of natural systems, teaches us that simply maintaining green corridors connecting patches of unbroken wilderness can go a long way to protect wildlife, their habitat and the natural drainage patterns of the area.

The railway’s path could probably be redesigned to avoid severing these ecological arteries, but a sound environmental impact assessment must first be conducted to determine the impact and feasibility of alternative routes. That has not yet been done.

The possible negative social consequences of the Maya Train could also be avoided, or at least compensated for, if the communities impacted by the railway could participate fully in the planning process.

López Obrador says that Mother Earth granted permission to build the train, but Mexico’s Maya Train was approved at a hastily called popular referendum last year with only 1% voter participation. Some Indigenous activists have rejected the outcome of the vote, which polled Mexicans nationwide about a project that affects mainly Maya villagers. 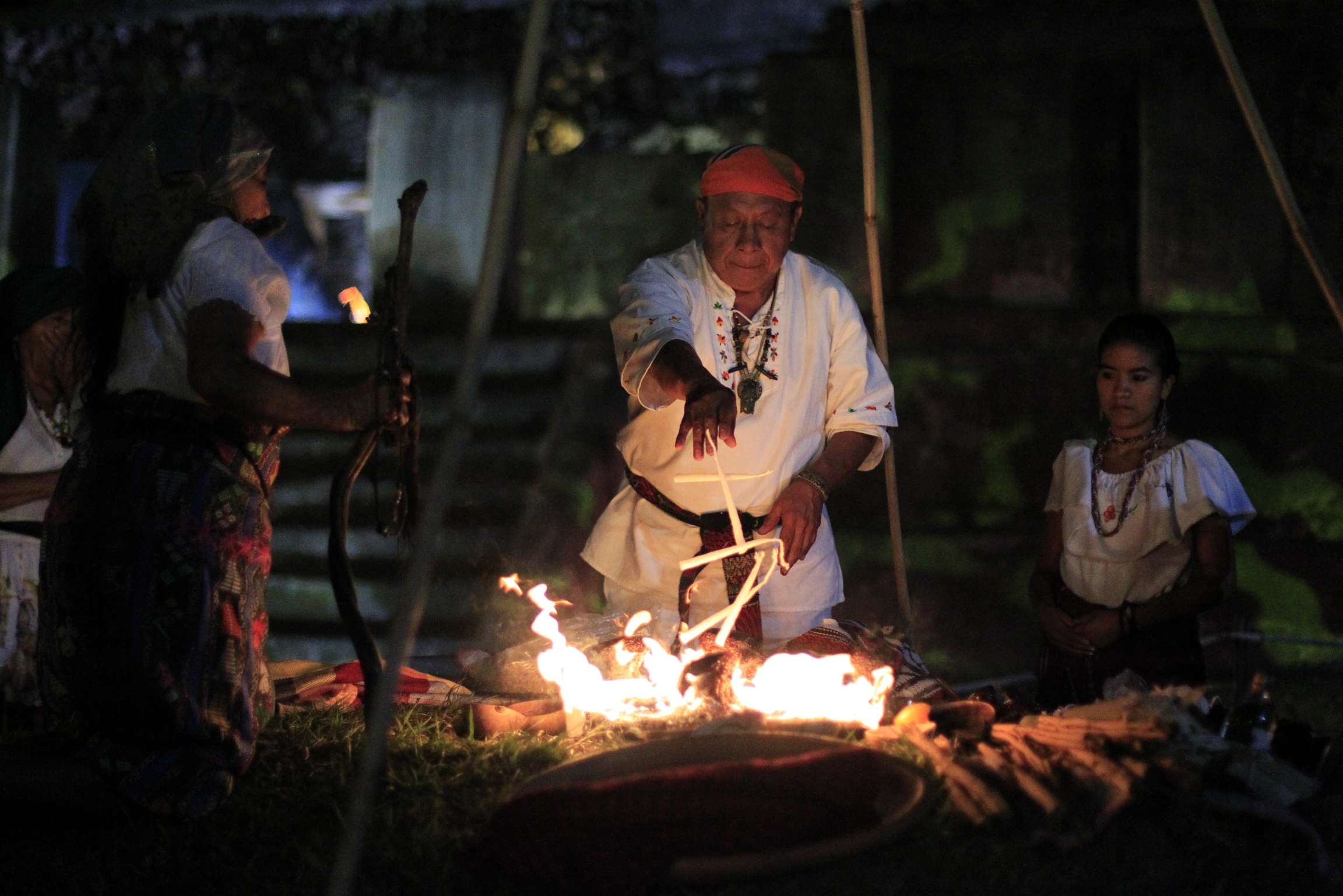 Many Maya on Mexico’s Yucatan Peninsula still dress, cook and live as their relatives have for millennia.

“We don’t accept it,” a representative of the Zapatistas, a southern Mexican Indigenous insurgency, said of the train on July 23. “We won’t allow [the government] to come in and destroy” the land.

Other Yucatan residents appear to support the idea of a tourist train but want to be consulted closely about its route, stops and offerings, asked about their concerns and given the chance to make design proposals.

This kind of participatory planning process would ensure that Yucatec residents are the beneficiaries, not the victims, of the anticipated economic boom.

Done right, the Maya Train could actually trigger an economic conversion with sweeping environmental benefits for the Yucatan. If new ecotourism and agrotourism businesses grow up around the train, some rural residents will naturally move toward those trades and away from the high-impact, low-efficiency ranching that has so damaged the local ecology.

These are not the hallmarks of López Obrador’s leadership style. The Mexican president insists the $6 billion train will be completed before the end of his term in 2024 and has mocked journalists who question the train’s environmental impact.

But the public backlash appears to have forced his government to do some quick course correction.

United Nations-Habitat, the UN's urban development agency, began consulting with the Mexico government in May. UN-Habitat’s interim director, Eduardo López Moreno, has called for a more holistic vision of the Maya Train.

You’re smart and curious about the world. So are The Conversation’s authors and editors. You can read us daily by subscribing to our newsletter.