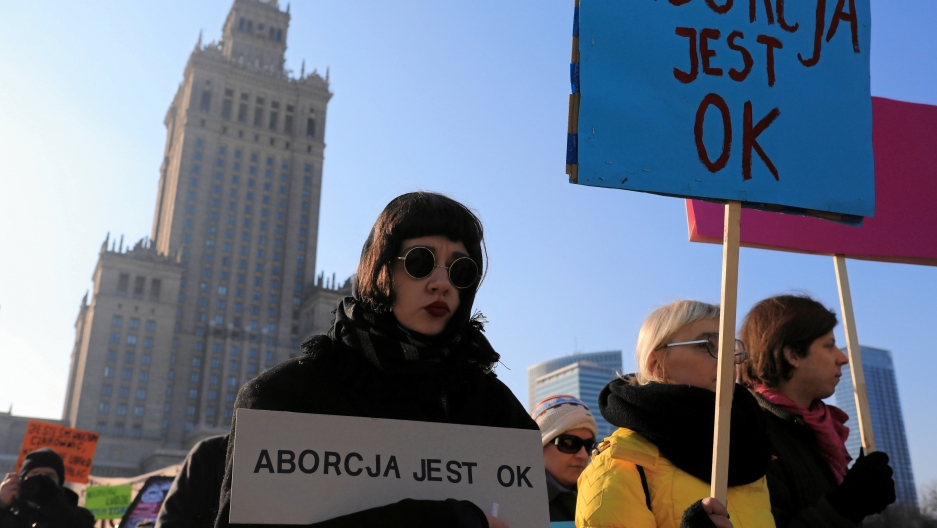 Women hold placards which read "Abortion is OK" during an annual march organised by a women's organisation ahead of International Women's Day in Warsaw, Poland March 4, 2018.

In 2014, German filmmaker Sarah Diehl’s phone beeped. She had a message on Facebook from a Polish woman she didn’t know. Would Diehl help her get an abortion in Germany? The woman had seen Diehl’s 2008 documentary about abortion rights.

“I saw the message as a sign from heaven,” said Diehl, who had wanted to start a nonprofit organization in Berlin to help Polish women terminate unwanted pregnancies. 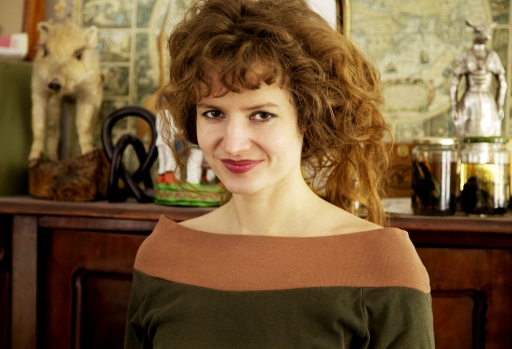 “As soon as the woman got in touch with me, I made appointments with counselors and doctors, found her a place to stay, took her to a clinic for the procedure and served as her interpreter,” Diehl said.

That same year, in 2014, she founded Ciocia Basia or "Aunt Barbara." The way Diehl helped this woman became a template for the organization. Like the Jane Collective in Chicago, in the United States, Diehl chose a familiar name to make it easier — and safer — for women to talk about abortion.

“As soon as the woman got in touch with me, I made appointments with counselors and doctors, found her a place to stay, took her to a clinic for the procedure and served as her interpreter."

Today, Poland has some of the most restrictive abortion laws in Europe. A woman does not have the right to abort unless her pregnancy is the result of incest or rape, a threat to her life, or if there is a fetal abnormality. About 1,000 legal abortions take place every year in Poland, a number that activists see as apocryphal for a country with 38 million people.

Related: Abortion is legal in Italy, but most doctors refuse to do it

While it is impossible to tell how many women seek underground abortions, the Federation for Women and Family Planning, an organization that fights for reproductive health based in Warsaw, the Polish capital, pegs the figure at about 100,000 to 150,000 annually.

Women order abortion pills from abroad (Mifepristone and Misoprostol are listed as essential medicines by the World Health Organization), but packages often do not make it past customs. Sometimes, women get scammed by bogus suppliers online. For those with means, doctors charge astronomical rates to work in the shadow of the legal system — outside regular office hours.

Aside from the obvious warts in Polish law, the “conscience clause” gives doctors the right to refuse abortions based on faith. A prescription is needed for the morning-after pill, which doctors can also refuse, citing the clause.

Polish women now turn to other countries like Germany, the Czech Republic or Slovakia in search of alternative options. Ciocia Basia is the only organization in Germany working with Polish women. So far, it has helped about 500 Polish women.

Related: Ireland's strict ban on abortion could soon be a thing of the past

As soon as a Polish woman establishes her first contact with Ciocia Basia in Germany, volunteers spring into action with a series of questions. How many months into the pregnancy? Does she know her options? Can she spare one to three days depending on whether she wants a medical or surgical abortion? Does she have money? If she doesn't, she need not worry, they are there to help.

“We try and reply to every message within half an hour, sending basic information on the availability of choices."

“We try and reply to every message within half an hour, sending basic information on the availability of choices,” said Aleksandra, a volunteer with Ciocia Basia who asked that her last name not be used for privacy reasons.

The organization is solely run by volunteers, mostly German and Polish women of all ages. “This is my office,” said Aleksandra, pointing to her phone when we met in a café in Schöneberg, in southwest Berlin in June. “This is where everything happens,” she said, scrolling through Ciocia Basia’s Facebook page.

Aleksandra, a sociology student who grew up in Poland, became politicized about the country's regressive reproductive health landscape in 2016, in Berlin, where she had moved for higher education. The so-called Black Protests had broken out in Poland, as an unsparing riposte to proposed legislation calling for a near-complete ban on abortion. At a solidarity demonstration organized by Ciocia Basia, Aleksandra decided to offer her services as a Polish interpreter. 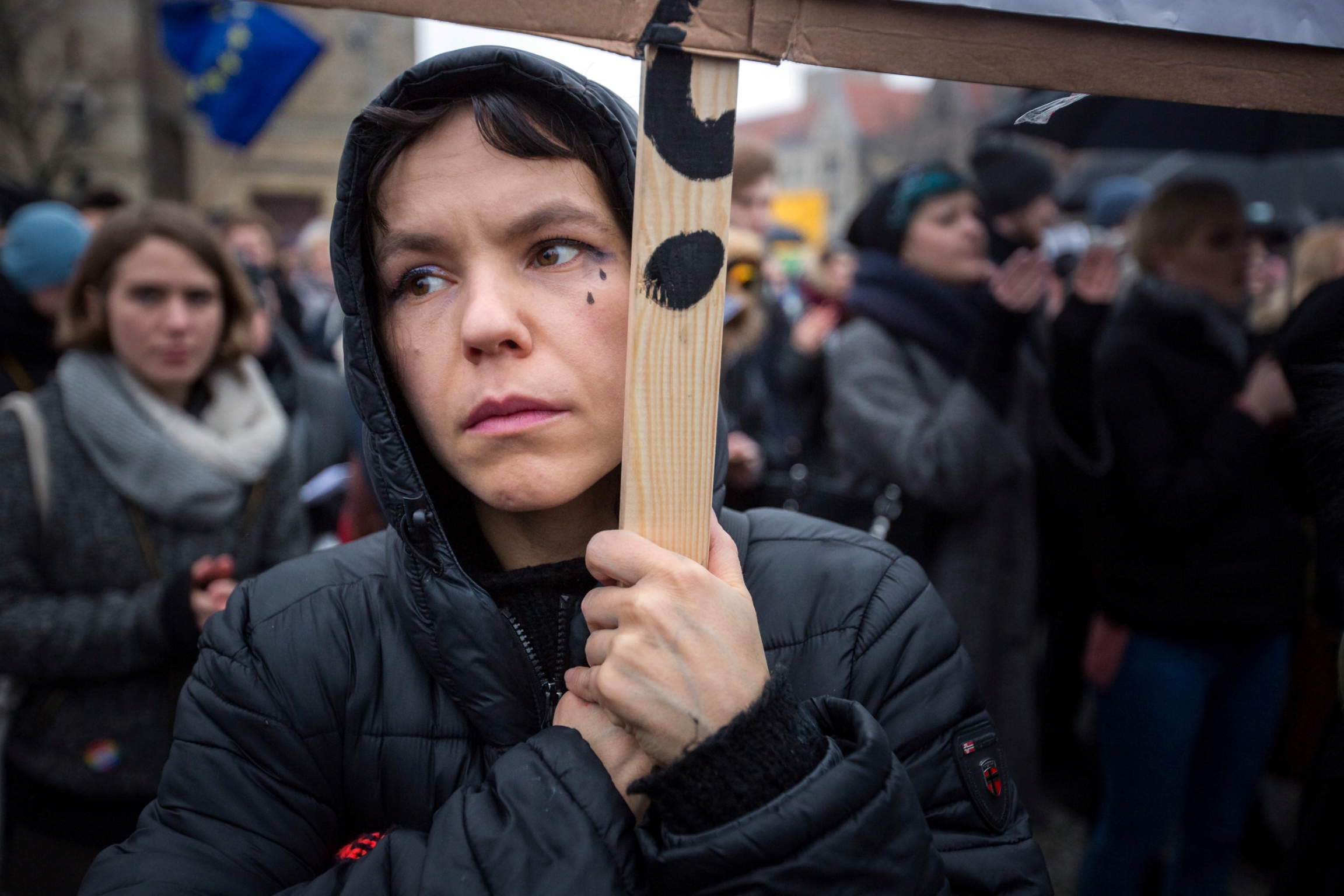 Aleksandra, who asked that her full name not be used for privacy reasons, is a volunteer with Ciocia Basia.

“Before that, I thought in stereotypes. I thought abortions were sought by teenagers who didn’t use contraception. Now, I realize that people from all ages, walks of life and classes do it,” she said.

Take the case of a 38-year-old Polish woman who came to Berlin with her 18-year-old son. When the mother discovered that she was pregnant, she was certain she did not want to have another child. She confided in her son who then found out about Ciocia Basia when his mother was too shaken to act.

“She was in an unhappy relationship and couldn’t confide in her partner,” said Zuzanna Dziuban, a researcher in culture studies, who offered shelter to the mother and son duo. Dziuban, originally from Poland, has so far hosted about 10 to 15 women at her apartment in Berlin.

“Most of them open up because often they haven’t spoken about the pregnancy even to their closest relatives, or if they have, they haven’t received any support.”

It may not be the perfect scenario, but for many, it’s their first visit to Berlin. Dziuban makes it a point to treat them to dinner on arrival. “And then, we just sit in my kitchen and talk and talk and talk,” Dziuban said. “Most of them open up because often they haven’t spoken about the pregnancy even to their closest relatives, or if they have, they haven’t received any support.”

In a country where more than 85% identify as Catholic, abortion in Poland has become an issue hidden behind the scrim of moral rectitude and virtue. “We need to radically change ideas of what abortion is all about,” Diehl said.

"It need not only be a medical experience where doctors are involved. Women should have the agency to end their pregnancy using pills in the safety of their homes, equipped with adequate information."

This is why, say abortion activists, it is important to normalize abortion in a way that it feels like just another experience. "Like menstruation," said Diehl. "It need not only be a medical experience where doctors are involved. Women should have the agency to end their pregnancy using pills in the safety of their homes, equipped with adequate information,” Diehl said.

Ciocia Basia volunteers say that a woman, pre- and post-abortion, is like two different people. “I have never met a woman who has come out of the clinic looking anything but relieved. The stress disappears and she smiles freely,” Dziuban said.

The ending is not always happy, though. In Germany, abortions are legal only up to 12 weeks; telling a woman she’s too late is onerous. “In that case, we recommend other countries like the Netherlands or the UK. But if she’s past their legal limit, too, it is hard,” Diehl said.

Diehl recounted her most painful experience thus far. Five months into her pregnancy, a Polish woman desperate for an abortion found all legal doors slammed against her. Ciocia Basia kept her safe for four months until she delivered, while simultaneously organizing the baby’s adoption. “People who say adoption is an alternative to abortion have no idea what they’re talking about,” Diehl said.

Poland didn’t always impinge on reproductive rights. In 1956, abortion was legalized after it emerged that women were dying due to unsafe abortions. “Women were needed on every front in the post-war rebuilding exercise,” said Urszula Kuczynska, an activist with the Federation for Women and Family Planning.

It was after the fall of Communism in 1989 that atavistic policies on reproductive health in Poland raised their head in spades. The new government wanted to pay its debt to the Catholic church for helping it come to power. In 1993, the Law on Family Planning as it stands today came into force.

“When reality and politics are divorced, it only takes so long for reality to catch up and bite off heads. From here, we can only move forward towards full liberalization.”

But today, Polish women say they have had enough. “We have realized that the three exemptions used to appease us were only a compromise between the church and politicians,” Kuczynska said. “When reality and politics are divorced, it only takes so long for reality to catch up and bite off heads. From here, we can only move forward towards full liberalization.”

Editor's note: A source's last name was removed from this story because of privacy concerns.