“It kills you, the waiting,” a 26-year-old architect said after two weeks in hiding amid Turkey’s crackdown on undocumented Syrian refugees.

He asked that his name not be used to protect his safety — he's Syrian and has lived in Istanbul illegally ever since his student residency card expired.

Fearing deportation if caught at a police checkpoint, the young man avoids going outside and using mass transportation. For awhile, he went into work but changed his route — a 90-minute network of safer backstreets, by foot. Then, his boss told him to stop coming in entirely.

It’s a difficult way to live, having to consider every move. “Even this morning, when I went to get some bread,” he said. “It’s terrifying. It’s always in your mind.”

As Turkey escalates a campaign to apprehend foreigners without legal permission to live in Istanbul, people who fled Syria’s eight-year civil war but do not have the proper papers say they are trapped at home to avoid arrest. Reports of deportations to Syria, denied by the Turkish government, have sent a wave of fear through Istanbul’s Syrian community — many of whom say they could face recruitment by militants, aerial bombardment or torture in regime prisons if they return to Syria.

Between 600,000 and 900,000 Syrians live in Istanbul, according to the International Organization for Migration. The majority have permits that allow them to stay here, in Turkey’s largest city and economic hub. But those who first registered in another province and moved to the city for work, or arrived in Istanbul after officials stopped accepting applications for temporary protection, now find themselves in a precarious, bureaucratic bind. 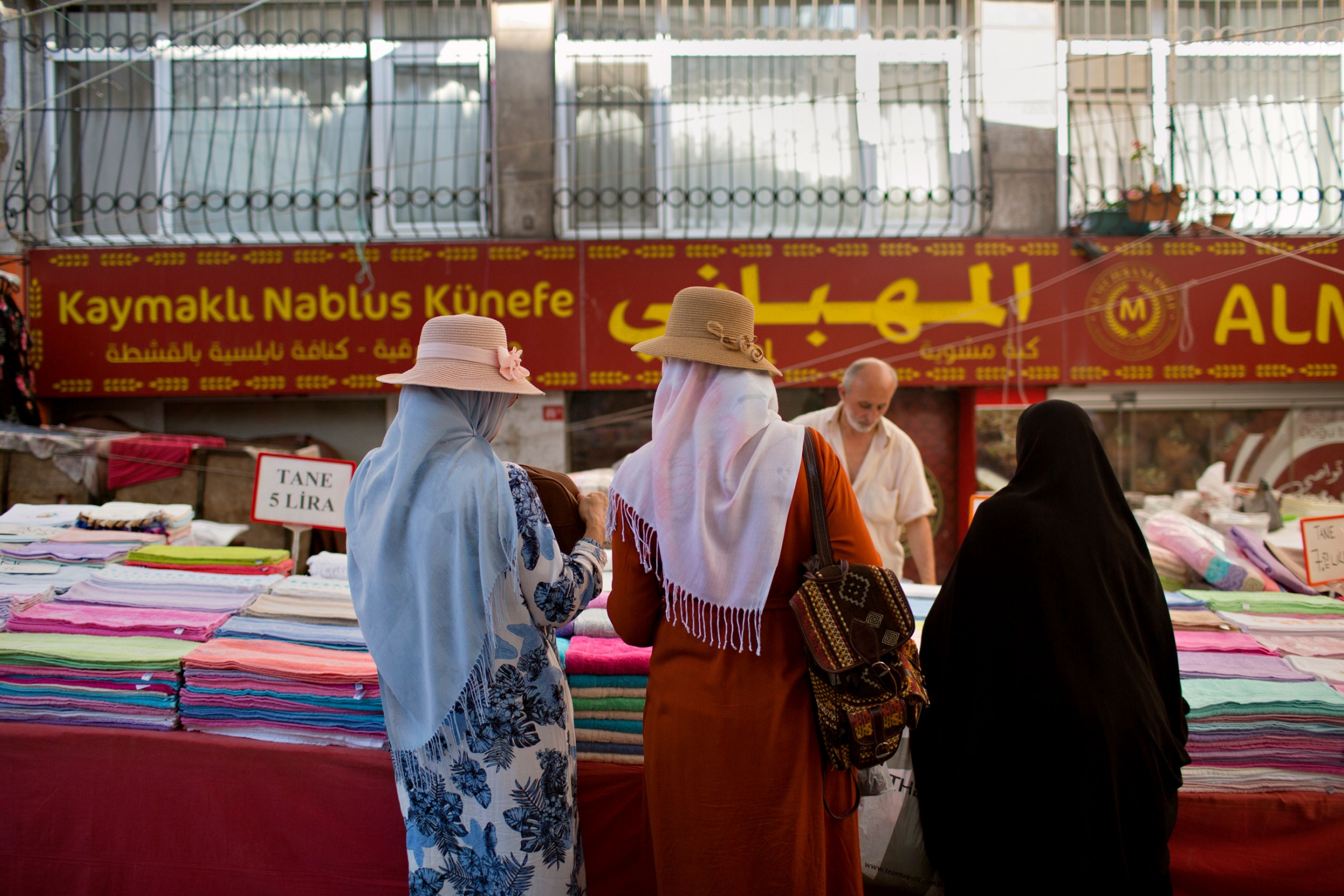 People shop in the Malta market in the Fatih neighborhood of Istanbul, which has a large Syrian population.

Though the checkpoints are hardly new, they’re being conducted with a renewed fervor. In July, Istanbul’s ruling-party-appointed governorship announced that Syrian refugees registered in Turkey under temporary protection laws would see heightened enforcement of rules requiring them to stay in the province where they are registered after Aug. 20. The move came just weeks after Turkey’s ruling AK Party lost a round of local elections, handing Istanbul’s mayor’s seat to an opposition party.

Around the same time, Syrian activists and community leaders in Turkey began to receive calls from people in the northern districts of Idlib and northern Aleppo, claiming they had been picked up in Turkey without valid residency cards and forced to sign papers agreeing to return to Syria. Videos posted to social media show men on buses, handcuffed with plastic zip ties.

Related: A Syrian mom in Istanbul builds a business from her own kitchen with WhatsApp

Statistics posted by the Bab al-Hawa border crossing between Turkey and Idlib claimed that more than 6,000 people were deported to Idlib during the month of July, a claim that human rights groups say violates international laws protecting asylum-seekers.

Reports of the deportations were dismissed by Soylu. 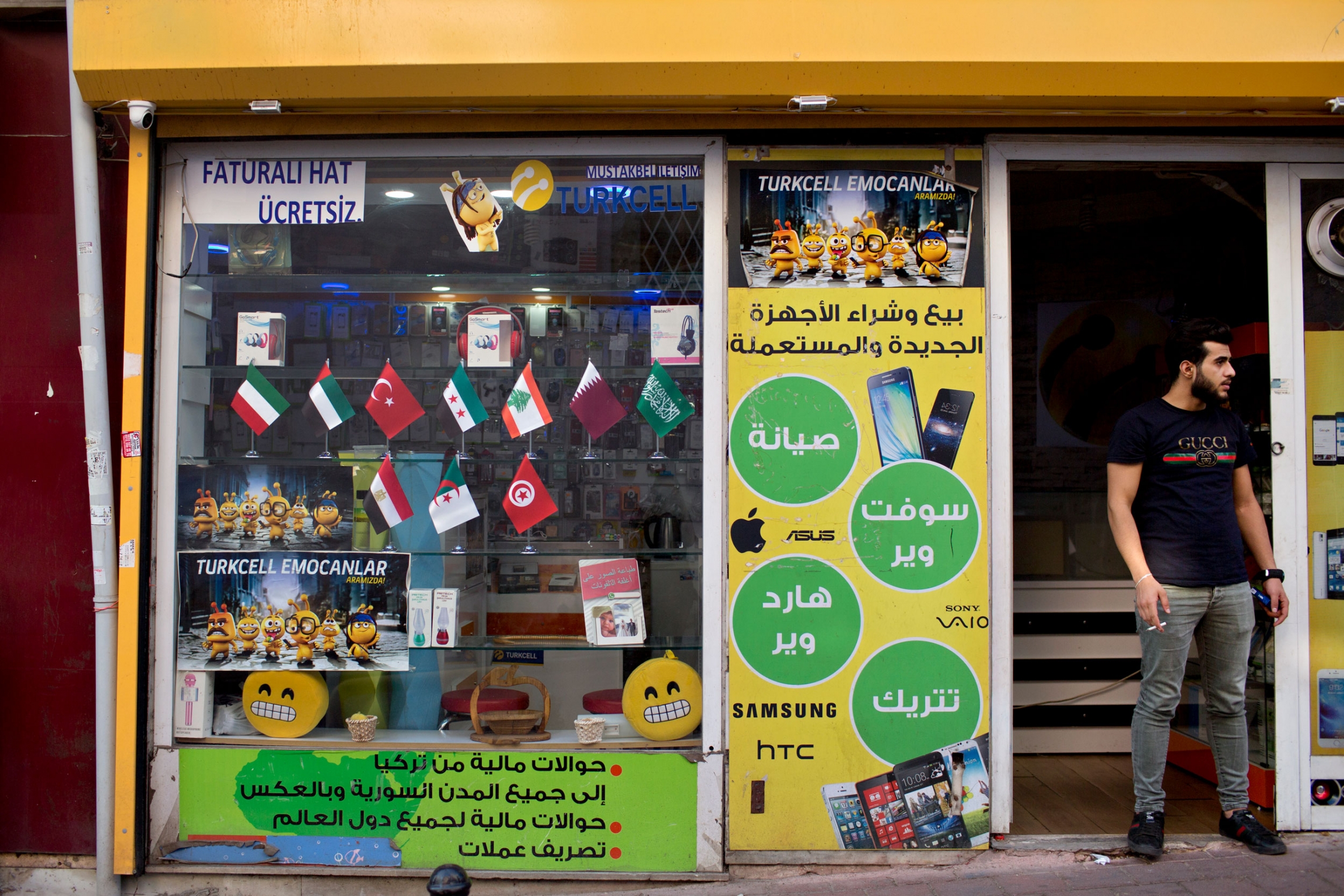 A man smokes a cigarette in front of a store with words written in Arabic in the Aksaray neighborhood of Istanbul, which has a large Syrian population.

“We do not have the capability or right to do this. Nor do we have such a wish nor action,” he said during the press conference.

Instead, Soylu said, Syrians arrested without temporary protection would be sent to refugee camps where they would be registered and assigned a province to live in.

For the Syrian architect who is unregistered, life is on hold. Instead of a temporary protection permit, he chose the more expensive option of pursuing a student residency card — it didn’t limit his ability to travel. But that document expired after he graduated from a university in Istanbul. He tried to register again, with no luck — despite hiring lawyers and paying bribes.

“I just stuck. I’m just stuck. Like, you’re telling me to go away, and if some police checkpoint gets me they will, they will get me into Syria. To the place where hundreds of people die, daily.”

“I’m just stuck,” he said. “Like, you’re telling me to go away, and if some police checkpoint gets me they will, they will get me into Syria. To the place where hundreds of people die, daily.”

Related: How women who’ve left Turkey are helping those left behind

He left Syria in 2012, when the street where his family lived became a demarcation line between opposition forces and Bashar al-Assad’s violent regime. In Turkey, he found safety; an education, a fiancée and some semblance of normal. Now, he fears this may be over. The interactions he’s had in government offices remind him of one of his first experiences in a Turkish university. A professor, recognizing that he was Syrian, asked him in front of the class why he didn’t stay in his country and fight.

“Everyone in Turkey has the idea ... everyone tells us, if we had a war in our country, we would stay, we would fight, we would die as heroes,” he said. “But the thing they’re not understanding is that in Syria, it’s not a real war. One side has the most power and international backing, and he’s killing his people.”

His fiancé is registered in another Turkish province, so they can only see each other on short visits. Her family won’t allow them to marry and move in together until he has a legal permit to stay in Turkey. Occasionally, he visits the apartment he rented for them before this whole mess.

“At this point, you don’t know if you will stay, if you will have your wedding or if you will get married at all. Or … to live in this home,” he said, gesturing around the room.

“Everyone in Turkey has the idea ... everyone tells us, if we had a war in our country, we would stay, we would fight, we would die as heroes. But the thing they’re not understanding is that in Syria, it’s not a real war. One side has the most power and international backing, and he’s killing his people.”

In other cases, families have decided it’s easier to leave Istanbul entirely.

He’s heard from families where the parents have registration cards in one city, but their children are registered in another; people who traveled to Istanbul for medical care and may not be allowed to stay; and primary breadwinners who fear they won’t get another job if they’re forced to leave the city. In talks with Turkish government officials, he pleads with them to make exceptions for the most extreme cases. 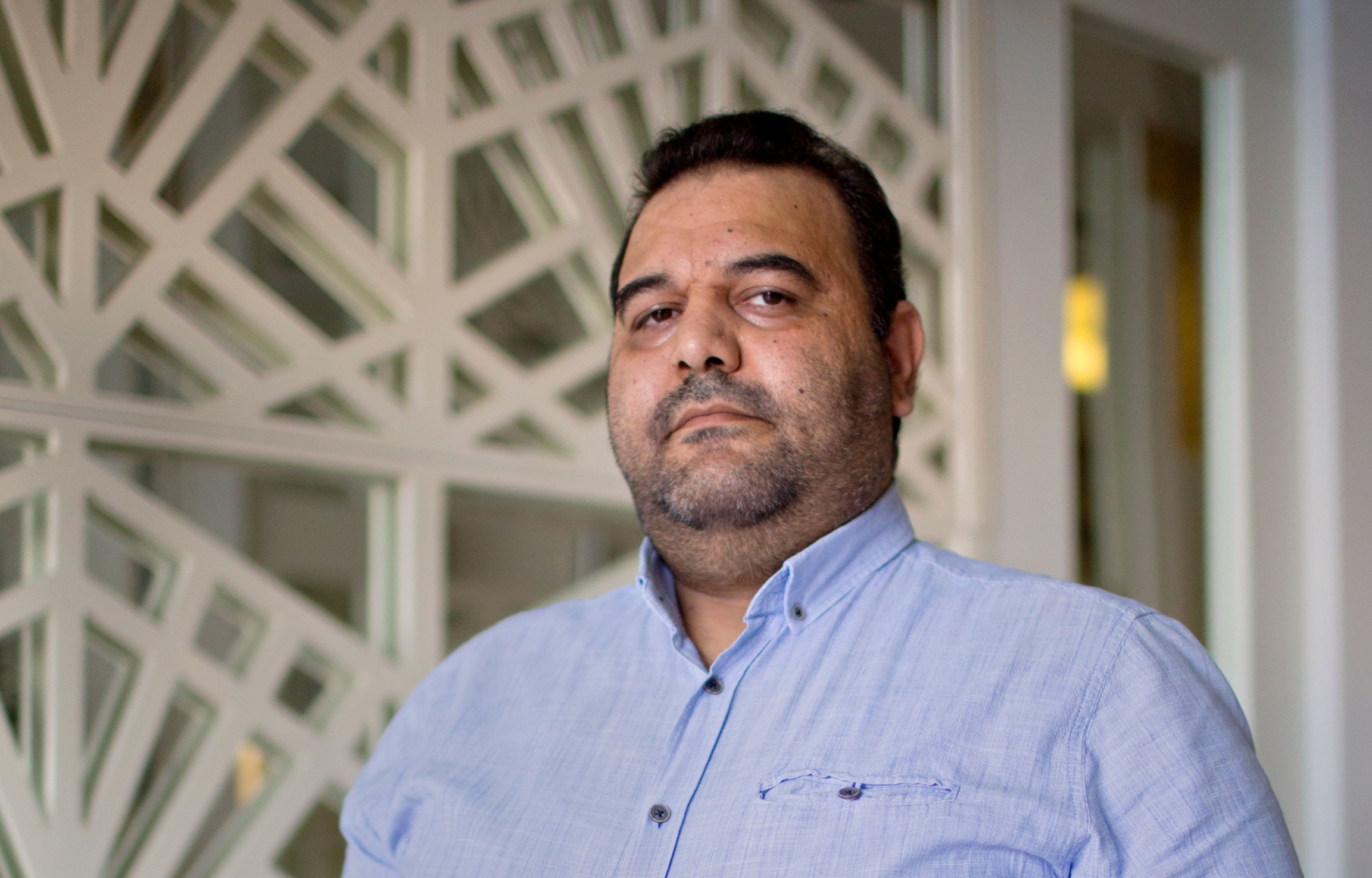 Mouath Youssef is an activist from Syria.

“They know I’m trying to contact the Turkish government and to find a solution. They send me the stories. Every day, I receive more than 100 stories.”

“They know I’m trying to contact the Turkish government and to find a solution. They send me the stories,” he said. “Every day, I receive more than 100 stories.”

Meanwhile, advocates press Syrians without valid permits to leave the city or avoid areas where their IDs could be checked, such as shopping areas, known checkpoints and neighborhoods where Syrians are known to frequent. On social media, users share tips on street corners to avoid and routes to take.

“There have been reports of numerous personal accounts of forced deportations … these are yet to be independently verified,” said Fatih Kiyman, a spokesperson for Support to Life, a Turkish aid group assisting refugees.

Forcing undocumented Syrians to stay home, and out of work, hospitals and other public spaces, he said, will have negative consequences.

“We are trying to keep the local Syrian community informed to ease the anxiety, and also communicate with the local authorities to make this anxiety heard by them.”