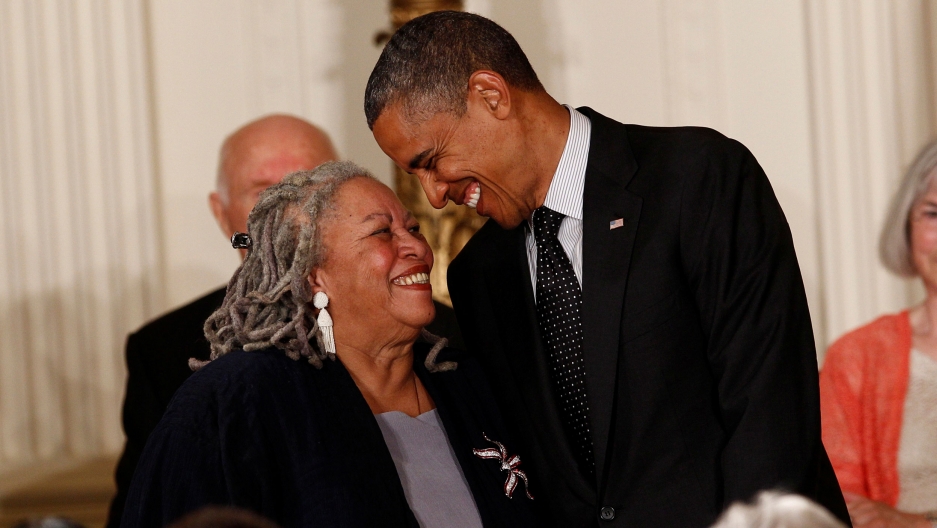 Novelist Toni Morrison smiles with US President Barack Obama as he prepares to award her a 2012 Presidential Medal of Freedom during a ceremony in the East Room of the White House in Washington, on May 29, 2012.

US author Toni Morrison, whose 1987 novel "Beloved" about a runaway slave won a Pulitzer Prize and contributed to a body of work that made her the first black woman to be presented the Nobel Prize in Literature, has died at the age of 88, her publisher said.

Paul Bogaards, a spokesman for the publishing company Alfred A. Knopf, announced the death but did not provide an immediate cause. The Washington Post said she died on Monday at a New York hospital.

We are profoundly sad to report that Toni Morrison has died at the age of eighty-eight.

"Beloved" was set during the US Civil War and based on the true story of Sethe, a woman who killed her 2-year-old daughter to spare her from slavery. The woman was captured before she could kill herself and the child's ghost visits her mother.

Morrison told NEA Arts magazine in 2015 that she had already written a third of the book before deciding to bring in the ghost to address the morality of whether the mother was right to kill the child.

The New York Times called the death scene "an event so brutal and disturbing that it appears to warp time before and after into a single, unwavering line of fate. It will destroy one family's dream of safety and freedom; it will haunt an entire community for generations and ... it will reverberate in readers' minds long after they have finished this book."

The book was made into a movie starring Oprah Winfrey, who co-produced it, and Danny Glover. Winfrey was one of Morrison's biggest fans and featured four of her books in the influential book club portion of her daytime talk show.

The novel was part of a trilogy that Morrison said looked at love through the perspective of black history. "Jazz," published in 1992, was about a love triangle during the Harlem Renaissance in New York in the 1920s, and the third book, "Paradise," published in 1997, told of women in a small, predominantly black town.

In honoring her with its literature prize in 1993, the Nobel organization said Morrison's novels were "characterized by visionary force and poetic import" while giving "life to an essential aspect of American reality."

One of my favorite interviews with Toni Morrison. The interviewer asked her when she was going to “substantially” write about white people. Her response? “You can’t understand how powerfully racist that question is, can you?” pic.twitter.com/WFhNMgx7xv

Morrison was 39 years old when her first novel, "The Bluest Eyes" (1970) about a black girl who wanted blue eyes, was published. She followed that with "Song of Solomon" (1977), which won the National Book Critics Circle Award, "Tar Baby" (1981) and "God Help the Child" (2015). Her non-fiction books included an essay collection, a book of literary criticism titled "Playing in the Dark: Whiteness and the Literary Imagination" and editing anthologies.

Her 1986 play "Dreaming Emmett" was about Emmett Till, whose lynching in Mississippi in 1955 was a key moment in the U.S. civil rights movement.

Morrison was born on Feb. 18, 1931, in Lorain, Ohio, and grew up in a family with a story-telling tradition. She graduated from Howard University in Washington, DC, and earned a master's degree from Cornell.

Morrison taught in colleges and was an editor at the publisher Random House before writing her own books. Later she would teach at Princeton University.

Morrison was given the Presidential Medal of Freedom by Barack Obama in 2012.

Obama wrote Tuesday, "Toni Morrison was a national treasure. Her writing was not just beautiful but meaningful — a challenge to our conscience and a call to greater empathy. She was as good a storyteller, as captivating, in person as she was on the page."

'I'm really smart in the morning'

Morrison told us she got up early in the morning to write. 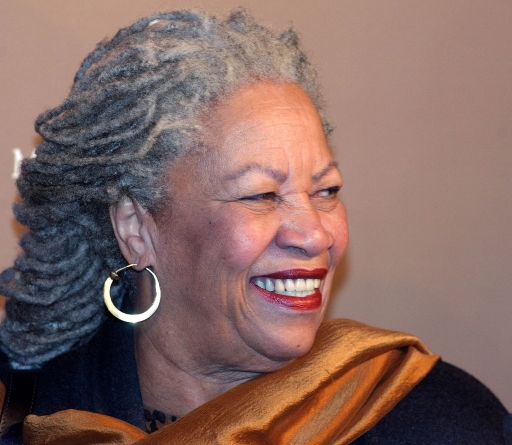 Author Toni Morrison smiles as she arrives at Rolex's Mentor and Protege gala on Nov. 10, 2003 in New York.

“I get up before the light,” she told guest host Hilton Als. “I’m really smart in the morning.”

Morrison didn’t write her first novel, “The Bluest Eye,” until she was 39 years old, after some years working as an editor.

“I wanted to read a book about the most vulnerable person in society — female, child, black — and it wasn’t around, so I started writing it.”

In 1977 she published what many consider her masterpiece, “Song of Solomon.”

The impetus to write the book came from her father’s death, Morrison said. She decided to write a story set before the Civil Rights Movement, but worried that “I don’t know a thing about these men.”

Listen to Morrison read the last scene from "Song of Solomon."