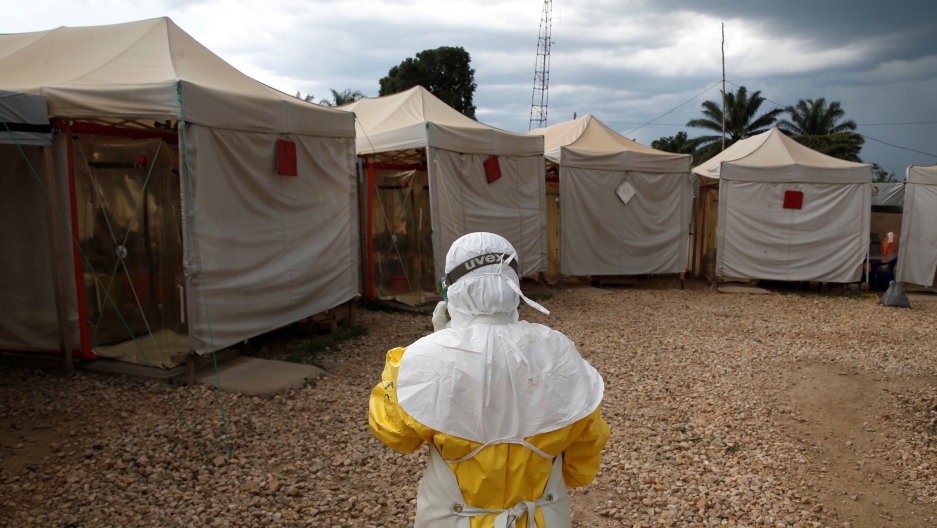 The 1-year-old daughter of a man who died of Ebola this week was reported to have also contracted the virus, health officials said. It’s the first active transmission chain of Ebola in Goma, a bustling city in eastern DR Congo and major transport hub near the Rwandan border, The Associated Press reported.

Rwanda's border with DR Congo was fully open late on Thursday, a minister said, hours after Congolese traders had reportedly shut it following a third case of the disease in Goma.

As of July, more than 1,803 people have died from the deadly virus, according to the International Rescue Committee, a nonprofit working in the region since 1996.

Ebola has gripped parts of Northern Kivu Province, DR Congo, for a year now. The prolonged armed conflict in the region has made it particularly hard to contain and treat the disease as well as disseminate public health information.

Looking back over the last year, health officials in DR Congo, as well as the wider region, have battled to contain Ebola while also struggling with the social, economic and psychological impact of the virus. Here are some of the major moments and challenges faced along the way:

When Ebola reached Goma in mid-July 2019, it was a major wake-up call for health officials, who warned that the virus had traveled much further south than before. It’s something they feared would happen and when it did, it sounded the alarm bells.

Related: 'No place for complacency' as Ebola detected in eastern DR Congo

Ebola victims suffer not only from the debilitating virus but from the stigma and isolation that comes with quarantine. Health workers pioneered the isolation ‘CUBE,’ giving families and health workers the chance to maintain physical contact with patients while they undergo treatment.

Education to fight disinformation and rumors

Education is one of the biggest challenges in fighting Ebola in DR Congo. A great deal of dis- and misinformation and rumors have prevented people from seeking treatment and understanding how the highly contagious, deadly disease spreads. Former NBA star Dikembe Mutombo, from DR Congo, is on a mission to educate and inform the Congolese people and recently went back to his home country with a commitment to spread information through public service announcements and outreach efforts.

Related: Former NBA star Dikembe Mutombo is on a mission to beat Ebola in DR Congo

Laurie Garrett, the author of “The Coming Plague,” says that the outbreak in DR Congo “is the first one to take place in a setting of profound violence with long-term warfare, deep distrust of the government and deep distrust of foreigners. And we're losing this battle not because of the virus but because of the [political] environment in which the virus is spreading.”

In East Africa, health officials have feared outbreaks in neighboring countries of DR Congo, and fears were confirmed in June 2019, when Uganda reported three cases of Ebola in travelers who carried it as they passed the porous, frequently-crossed border. Fortunately, Ugandan health ministry officials had prepared and immediately activated a rapid response system to contain the spread. Kenya also responded quickly to the Ebola scare, but cross-border risk remains.

For months, the World Health Organization debated whether or not to declare the Ebola outbreak a Public Health Emergency of International Concern. As the disease reached Goma, WHO finally declared a PHEIC on July 17, which might bring more resources and attention toward containing and managing the outbreak.

Related: DR Congo has been fighting Ebola for a year. What does the WHO declaration change?