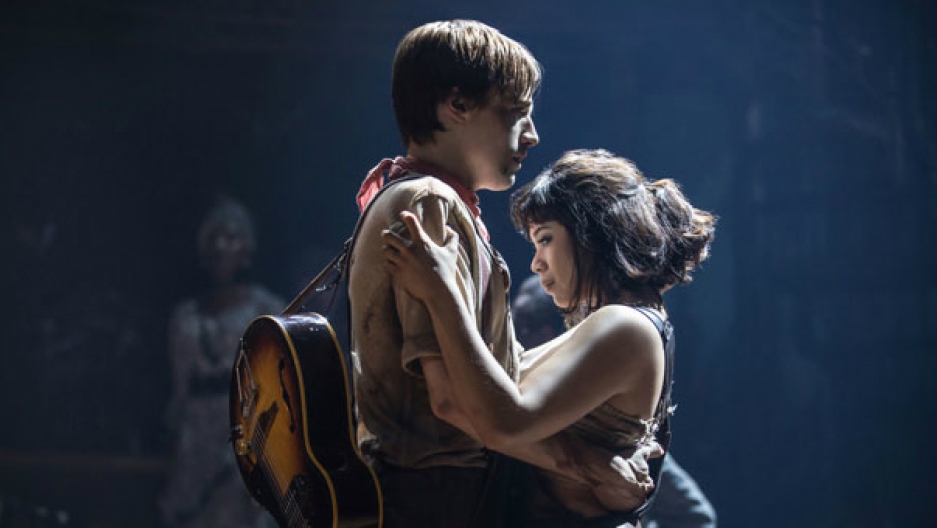 "Hadestown" tells the Greek mythological tale of Orpheus and Eurydice (played by Reeve Carney and Eva Noblezada) in a Great Depression-era-inspired, post-apocalyptic setting. Hadestown is an underground factory that serves as a refuge from the weather above.

According to ancient Greek myth, Hades, ruler of the underworld, kidnaps the goddess Persephone, who represents nature and renewal, which brings about the first winter on Earth. For composer and writer Anaïs Mitchell, that sudden change in climate was the perfect backdrop for her new hit Broadway musical “Hadestown.”

“The image of the climate being out of whack has been a core one for Anaïs since she started writing the show,” says Rachel Chavkin, the production’s director. “As we thought more and more about shaping the world that Eurydice and Orpheus are living in — a world caused, in Greek mythological terms, by the decay of the ancient marriage between Hades and Persephone, a world that is out of balance, where it is either freezing or blazing hot, where food becomes scarcer and the idea of stability becomes harder to imagine, and a character, Eurydice, who has spent her life running — all of those things kind of crystallized while we were making the show.”

A song called “Any Way the Wind Blows” sets up some of the story's themes and characters. Near the beginning of the song, The Fates sing:

Anaïs was “profoundly impacted” by major climate events while she and Chavkin were shaping the show. “California seemed to be totally aflame, while in the East, you had these tremendous floods, which now we're seeing in the Midwest. All of that news impacted the lyrics and imagery of the show,” Chavkin says.

In a way, Eurydice is a kind of environmental refugee: She leaves her cold, unpredictable home for a place she believes will be safe and warm.

Even though Eurydice is deeply in love with Orpheus, Hades and The Fates persuade her that she has a better chance of survival in Hadestown. In a way, Eurydice is a kind of environmental refugee: She leaves her cold, unpredictable home for a place she believes will be safe and warm.

“She's choosing between the love of her life and the ability to have food and know that she has a place to sleep and a bed to lie down in and a job to go to,” Chavkin says. “So, that the environment is part of what she's running from is exactly right."

After a time, Eurydice realizes that Hadestown is “basically this proto-fascist state." 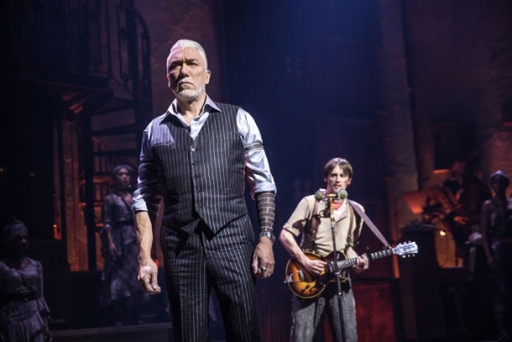 After a time, Eurydice realizes that Hadestown is “basically this proto-fascist state,” Chavkin says — an underground factory that may, in fact, be the source of the problems above ground. There is even a wall being built — a wall that will never be completed.

“As we understand it, Hades was always a builder, but at a certain point, when he began to be afraid that Persephone wouldn't come back to him, and he began to be jealous of her time away — the mythological six months that she had above ground — he began to over-produce and consume,” Chavkin explains. “There's this image of his jealousy almost spreading like an oil slick across the land, and Hadestown is the product of that.”

Hadestown is about many things, Chavkin says, but for her, the image she hopes will stay with people when they leave the theater occurs at the end of the musical.

“There’s this image of, yes, it's a sad song. It's an old song. But we sing this song, we sing the story of Orpheus and Eurydice anyway, because there is hope in the simple act of retelling the tale,” Chavkin says. “There is hope in the community that gets gathered to hear the tale and that, essentially, with each generation, the needle moves a little bit, whether we see change in our lifetime or not.”