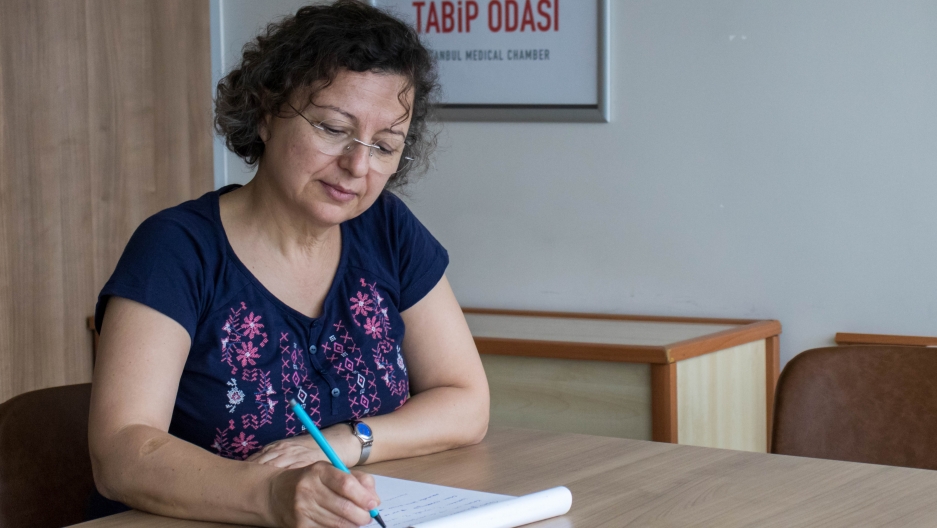 Dr. Nilay Etiler, a public health expert and member of the Turkish Medical Association working group on vaccines, warns that the rise in anti-vaccination messaging poses a threat to public health in Turkey.

When you scroll through social media feeds in Turkey today, you’ll likely come across posts sowing doubt and confusion about vaccines: “They’re injecting children with the genes of pigs and monkeys with vaccines!” “The vaccines that America and other governments sell to Turkey are not the same as the ones they use themselves.” “The children that get vaccinated have autism.”

The Facebook group "We are Not Obligated to Vaccinate,” for example, has 12,000 followers.

The Turkish Medical Association — Turkey’s largest professional organization for doctors — warned in April 2019 that the country is at risk for outbreaks of preventable diseases that have already been eradicated in Turkey due to the increase in anti-vaccine messaging and vaccine rejection by parents.

Related: Why some parents are afraid to vaccinate their kids

Last year, measles cases increased eight-fold in Turkey with 716 reported cases in 2018,  according to the World Health Organization. As of July 10, the number of confirmed cases for 2019 spiked to 1,468, according to monthly data reported by the Turkish government.

Related: Measles: Should vaccinations be compulsory?

While Turkey’s Health Ministry advises a slate of childhood immunizations against 13 diseases, no law exists to mandate the ministry’s vaccination program. The General Health Act, passed in 1930, requires the smallpox vaccine, but health officials no longer administer it because the disease was eradicated worldwide in 1980.

In a 2016 decision, Turkey’s top Constitutional Court reaffirmed a lack of legal basis for mandatory vaccinations when it ruled in favor of parents who refused all vaccinations for their children. Citing the constitution's protection of individual rights, the court ruled that vaccinations cannot be given without parental consent.

The number of vaccine refusals reached 23,000 for 2017 — up from 11,000 in 2016, according to the Health Ministry immunization advisory board’s latest government figures. Parents in Turkey may opt out of scheduled vaccinations for their children by signing an official rejection form.

A Turkish member of parliament, Murat Erdemir, of the opposition Republican People’s Party, or CHP, has called for updated data, but the Health Ministry has not yet released vaccine refusal numbers in 2018.

Etiler says that this lack of data means that Turkey’s level of herd immunity — or the rate of vaccination at which low-immunity individuals are protected — is unclear: “We don’t have an estimation for possible outbreaks, because we don’t know the vaccination rates.” 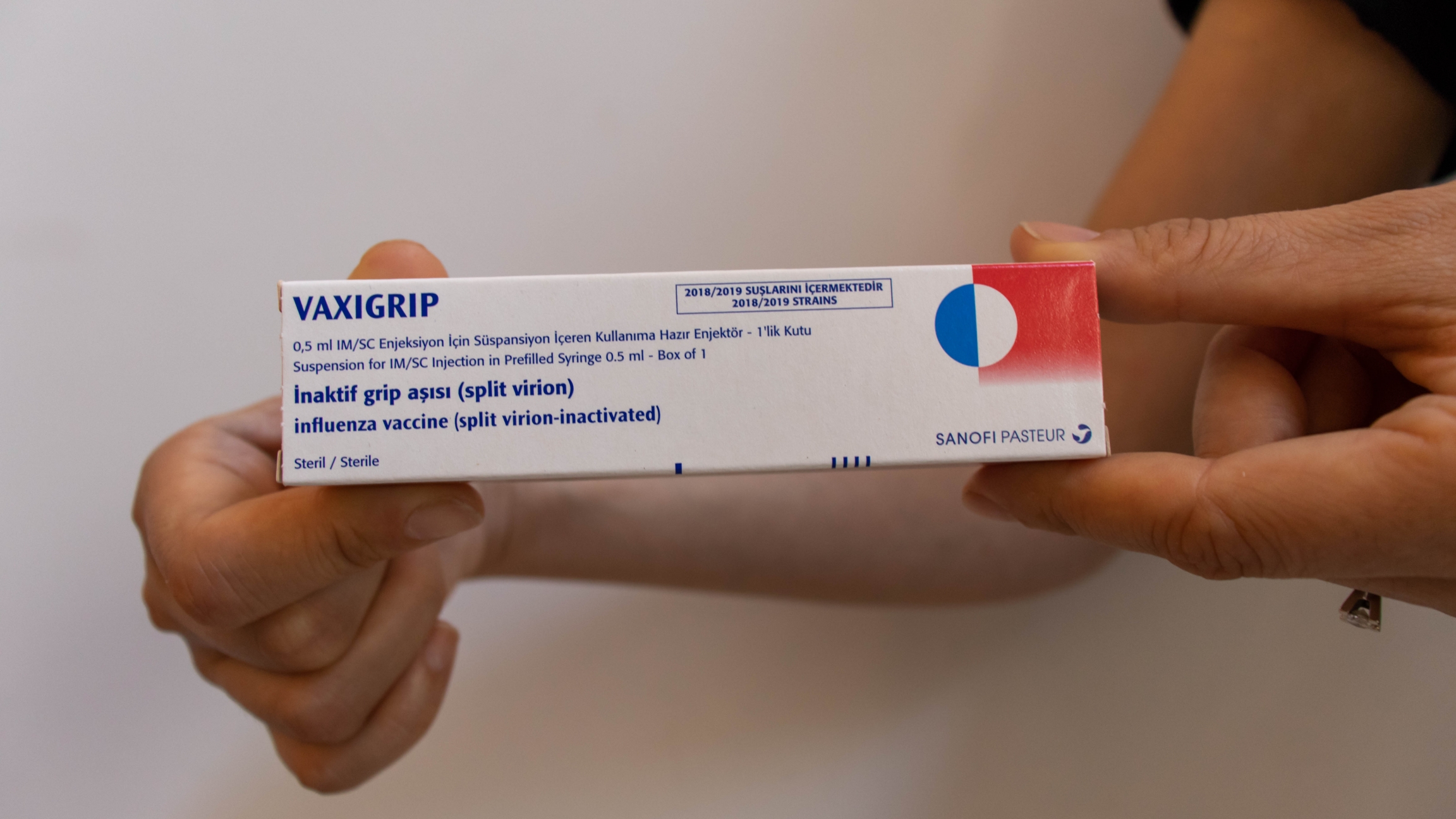 Local pharmacists are already seeing a shift: “In the last few years, we’ve seen much fewer young people ask for the flu vaccine. We essentially only sell it to young people with chronic illnesses now,” says one government pharmacist.

But local pharmacists are already seeing a shift: “In the last few years, we’ve seen much fewer young people ask for the flu vaccine. We essentially only sell it to young people with chronic illnesses now,” says Sezin, a pharmacist in Istanbul who, as a government employee, declined to share her last name. “Customers always ask questions about whether there’s mercury in the vaccine, or what will happen if they don’t use the vaccine.”

To establish herd immunity for measles, it is recommended that 95% of the population be immunized against the disease, but only 53 of Turkey’s 957 sub-provinces had 95% coverage for measles vaccination, according to the TMA warning in April.

Faruk Gunindi, the editor of Sade Hayat, or Pure Life, an alternative medicine magazine with a small online presence, publishes articles that describe “families’ struggles against vaccination.” Gunindi says he’s part of a network in Turkey who refuse vaccines and some medicines, though they are “not organized yet.”  He himself did not vaccinate his two children, and generally ignores advice from modern medical practitioners. 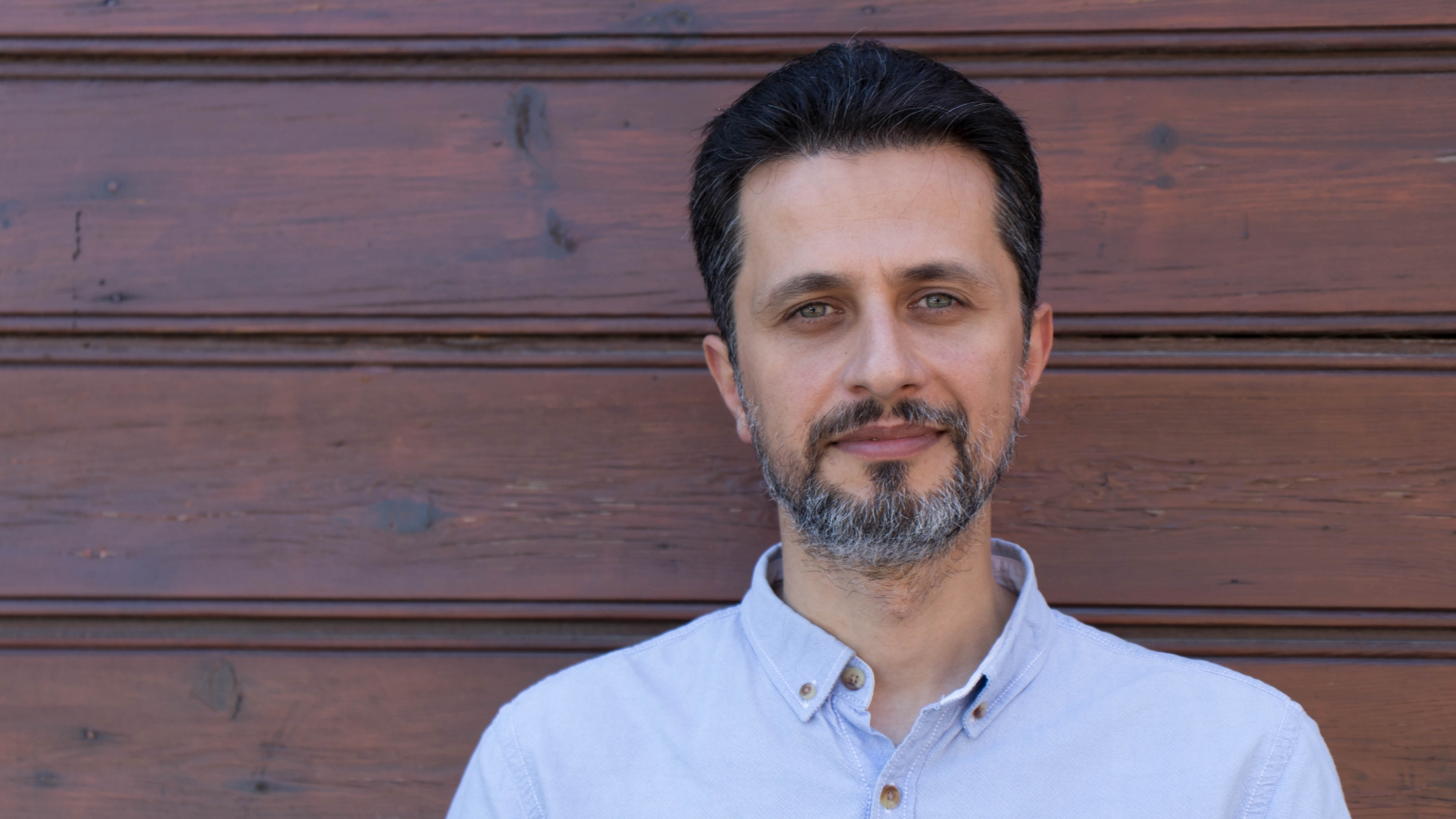 Gunindi said there is a debate within the Muslim community about whether or not the laws of Islam allow vaccinations. “The contents of vaccines are not clear,” he says, suggesting there could pigs or cows in vaccines. “In Islam, cattle is not halal [permissible] if it hasn’t been killed in the name of God.”

According to Turkey’s Directorate of Religious Affairs, a government body in charge of mosques and Islamic institutions, Muslims may use medicine that contains materials forbidden in Islam if a halal option does not exist or is not available and if a qualified doctor recommends it. However, Gunindi still does not use vaccines because he believes they cause serious side effects like autism and cancer.

The World Health Organization and the Center for Disease Control have both issued statements confirming no link between vaccines and autism. The 1999 study that claimed linkage between the Measles, Mumps and Rubella (MMR) vaccine and autism was also disproved by several other major studies and retracted in 2010.

“The risk of a vaccine causing serious harm or death is extremely small,” according to the Mayo Clinic, a medical nonprofit and research organization. The National Health Service for the UK states that anaphylaxis, which can lead to breathing difficulties or collapse, is a possible but ultimately rare side effect affecting less than one in one million people.

In the past several years, Turkey’s Health Ministry has also issued statements on the safety and necessity of vaccines. In March this year, Health Minister Fahrettin Koca told the Turkish paper Hürriyet, “My advice to parents is to get their children vaccinated. It is the only way to protect them.”

But even then-prime minister, now President Recep Tayyip Erdoğan, once stated in 2009 that he “doesn’t think [he] will get the flu vaccine,” in the middle of a major outbreak of swine flu in Turkey in that ultimately killed 627 people.

Tuba Agartan, an international health fellow at the Harvard School of Public Health, has conducted research on how populism in Turkey has impacted the health system. In her 2019 paper on health reforms, Agartan says that a number of scholars have linked Turkey’s Justice and Development Party (AKP) to populist politics.

Agartan says that in Turkey, populism often takes the form of “[juxtaposing the] ‘common people’ against the ‘corrupt elite.’”

“Distrust on both sides of the doctor-patient relationship has risen,” Agartan says. In this populist worldview, doctors and health professionals appear as “the elite” and this results in a new focus on “patient’s rights” as opposed to support for doctors.

In recent years, Turkey has also seen a rise in physical attacks on doctors by patients, with 20,706 attacks recorded by the Ministry of Health between 2012 and 2018. According to data collected by the White Code program, which allows doctors to report physical and verbal attacks to the government, 13,409 such incidents occurred in 2017, with 54% resulting in prosecution.

Agartan’s research focuses on the AKP’s 2002 Transformation in Health policy, which the opposition party CHP has criticized for creating discord between doctors and patients due to various restrictions on doctors’ time, leading to debate about “patient-centered care.”

“These terms could be appropriated by populist discourse, and may undermine long term public health achievements if choice means opting out of mandatory vaccination schedules or if the specific policies or rhetoric around them feed distrust toward health care professionals,” Agartan says.

As for the public health concern posed by unvaccinated people — especially for those with low immunity — anti-vaxxers like Gunindi take issue with the question itself: “What is the consequence of this idea?” he said. He thinks the vaccination debate has devolved into “rejecting the vaccine rejecters” which leads to exclusionary thinking that leaves people like him on the fringes of society.

But Etiler says Turkey needs to add a requirement to the laws on public health so that the Health Ministry’s can legally mandate its immunization program. “If you reject vaccines for children, it’s harmful for the population. … Vaccination is not only individual protection or prevention. There is an external benefit — its name is herd immunity.”

Etiler returns to the TMA’s April statement that only 6% of Turkey’s sub-provinces have herd immunity against measles: “We are in danger,” she says.