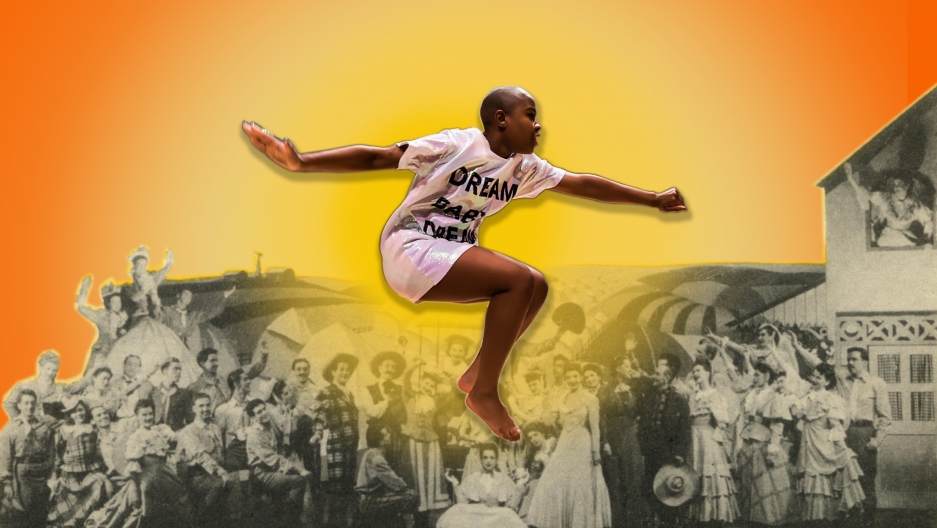 Dancer Gabrielle Hamilton in the new Broadway production of “Oklahoma!”

There’s a new production of “Oklahoma!” on Broadway directed by Daniel Fish that’s surprising audiences and winning praise from critics. While the play stays true to the original script and musical score, everything feels steeped in raw sex and violence — and nowhere is this more apparent than in the play’s choreography.

The “Dream Ballet” is an extended dance solo between the first and second acts. In the original choreography by Agnes de Mille, the dance is a surreal interlude, with balletic avatars of each character acting out the heroine’s fears and desires. “I think Agnes de Mille's ‘Dream Ballet’ is a great work of art,” choreographer John Heginbotham says, “and I suppose there's a question of why wouldn't we simply extract hers and put it into the center of our current production of ‘Oklahoma!’”

But the new production of “Oklahoma!” on Broadway now is so stylistically different from traditional versions of the show that the original “Dream Ballet” just wouldn’t fit. Instead, he choreographed something boldly modern.

“The ‘Dream Ballet’ has a certain rawness to it and explosiveness that reflects the rest of the musical and kind of the essence of the show,” dance critic and journalist Gia Kourlas says.