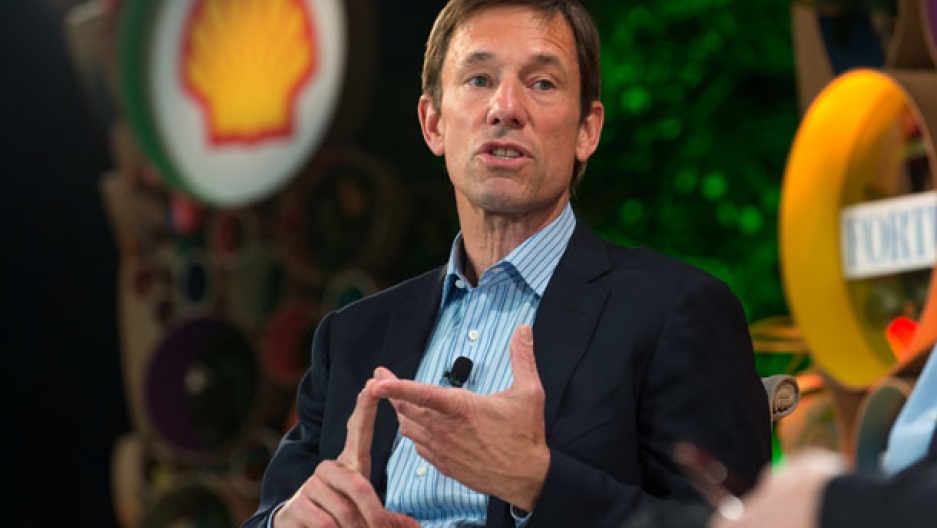 Mark Tercek, the former CEO of the Nature Conservancy, stepped down following an external report that revealed workplace misconduct and years of allegations of discriminatory treatment of women employees.

The Nature Conservancy, which since its founding in 1951 has protected some 120 million acres of land around the world, is being rocked by a vast scandal that includes allegations of workplace misconduct, sexual harassment and discriminatory treatment of female employees.

Several senior executives, including the CEO, have resigned and trust in the organization has been shaken.

Related: Coke and Pepsi, gardening together in Mexican mountains to preserve urban water

This is not the first time The Nature Conservancy, America’s largest private conservation organization, has gotten itself into trouble. In 2014, it came under fire for allowing oil and gas drilling on protected land, taking in millions of dollars of royalties as a result. But the impact of the recent scandal could be far more devastating, according to Zack Colman, an energy and environment reporter at Politico who broke the story. Employees say long-standing problems with the organization’s culture are still not being adequately addressed and some key funders are being noncommittal regarding their support for the organization.

This all began, Colman says, when an external investigation of the company's culture was launched in response to anonymous tweets that accused the president, Brian McPeek, of sexual harassment. One of the claims was found credible and the report contained an “exhaustive list of company cultural issues” tied to gender harassment and discrimination.

When the report was sent out to organization staff, Colman quotes CEO Mark Tercek as saying, “‘despite all this, we're going to keep the president, Brian McPeek, on — and have a good day.’"

"That didn't go over well,” Colman continues. After that, it all unraveled, according to Colman. The staff no longer had confidence in McPeek's ability to lead and McPeek resigned the next day. Tercek resigned a week later.

The report and the quick departures of the executives were indicative of “widespread cultural issues” within the company, Colman says. Months prior, an internal investigation by the company’s Gender Equity Advisory Council had surveyed women and men within the company and made a number of recommendations to address a company culture that “had become so corrosive for women employees, in particular.”

“There was just a sense that women were not listened to, that women had such different standards for advancing, that there was rampant discrimination and that women had differing expectations for success,” Colman says. “Women said that they felt it was a ‘good old boys club,’ and that change must start at the top to address a type of behavior and a culture that had been ignored for years.”

Former CEO Mark Tercek joined The Nature Conservancy in 2008 from Wall Street. At the time, Congress was debating cap and trade legislation, Colman says, and Tercek’s business-minded, private-sector approach to the environment fit the organization’s goals.

From a business standpoint, it worked out. The Nature Conservancy had revenues of $537 million in 2009, Tercek’s first full year. Last year's tax filings showed $1.3 billion in revenue. “So, he did grow the business and that was what they wanted him to do,” Colman says. “He saw these challenges of climate change and environmental degradation as being so big and The Nature Conservancy's scope and worldview too small.”

The company has now brought in Sally Jewell, President Barack Obama’s interior secretary during his second term, to serve as interim CEO. Colman says some employees are concerned that this is not enough of a change and that “they'll just do some rudimentary culling of people, maybe changing some processes in a superficial way. They know that a deep cultural shift is what needs to happen.”

Related: Before #MeToo, women around the world organized protests

“You talk to these people who worked for the Nature Conservancy, who still work for the Nature Conservancy, and you know that this goes deep, this cultural issue of women being ignored, having different standards, being harassed,” Colman says. “And the thing that's crazy is a lot of these people have been there for five, ten, even twenty years, and they stuck with it because they believe in the organization's mission. They believe that corralling corporations and business is an important way to make progress on the environment — because we’re not going to just drop these corporations tomorrow. That's unrealistic. But they endured so much to achieve that mission and they just want it to be a better place that does better by its people.”

“It’s one of those organizations that’s sort of too big to fail,” he says. “Whether it drives $1.3 billion in revenue again, I'm not sure. … That's what a lot of people are concerned about right now at the organization: Can we keep doing what we were doing? And it seems like that's in jeopardy.”