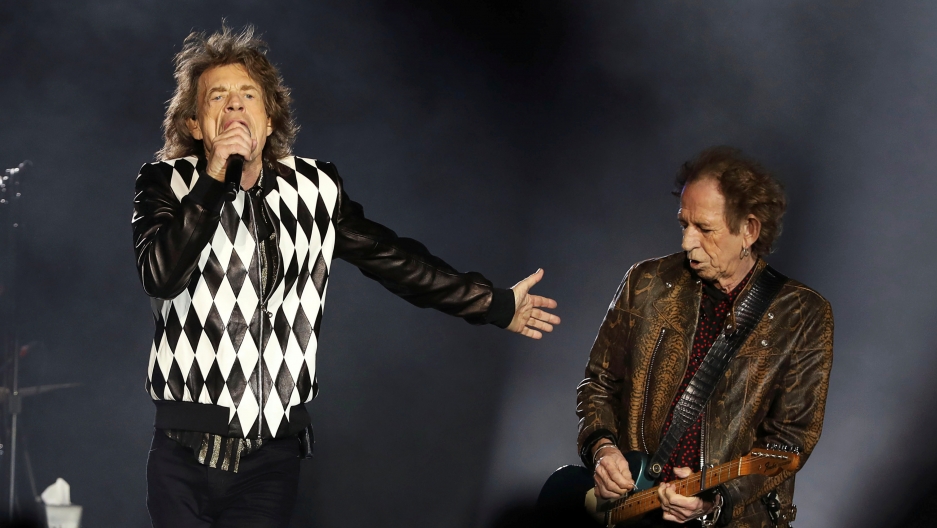 Mick Jagger, left, and guitarist Keith Richards perform during the kickoff show of the Rolling Stones' "No Filter" tour at Soldier Field in Chicago, Illinois, June 21, 2019.

Across the globe, we’ve developed a coffee addiction, and we’re not just talking about dependence on our morning pick-me-up. We’ve become addicted to single-use cups: 600 billion disposable cups (for all drinks) are produced and sold annually.

That’s nearly 80 cups for every person on the planet. But there’s a growing push to cut this down.

Here’s the problem with disposable coffee cups: The thin, waxy, plastic coating inside makes it tricky to recycle or compost them. So, most go into a landfill.

“We’re filling our landfills with items that are really designed for our convenience and only used once. And maybe only used, in the case of a coffee cup, only used for maybe five minutes,” says Christy Slay with The Sustainability Consortium.

Single-use cups aren’t just a landfill problem — it takes a lot of energy and resources to make them.

Starbucks and McDonald’s are trying to develop a disposable coffee cup that can be both recyclable and compostable. But that's easier said than done. The coffee giants have been dangling a million dollars to anybody who can crack the code.

One coffee chain in England says we can’t afford to wait. The Boston Tea Party banned single-use cups at its 22 locations last summer. Owner Sam Roberts says they prevented 125,000 cups from going to the dump in 10 months. Good news, but sales of takeaway coffee also fell by 25%.

“We felt like it was a financial loss that we had to take,” says Roberts. “Someone has got to take a risk, someone’s got to take a stand. We don’t get a ‘Planet B.’”

Consumers probably weren’t shunning the chain for going green; they were likely heading in and then realizing, “Oh, I forgot my cup!”

But there are other solutions. Cambridge Consultants — an English firm that looks for technological innovations and new products to solve business problems — is designing a smart coffee mug.

You pay a deposit on a cup, link it to an app and type in, "I want a soy latte in 15 minutes," or whatever floats your boat.

“So, you get to the store, you hand in that coffee cup, so it knows what that order is,” explains Ruth Thomson, head of consumer business with Cambridge Consultants.

The cup has an embedded chip with a micro antenna that sends a wireless signal to the barista’s computer that you’ve arrived. But the barista doesn’t fill up that cup you just brought in.

They take another coffee cup and link that new cup to your account. The old mug gets collected.

“That one goes back into the system and gets washed and then put out for the next person,” says Thomson.

But wait. Let’s say I leave home in a rush and forget my smart coffee mug.

“If you forget your cup, but you still want to use the system, then you pay another deposit to have a new cup,” says Thomson. “But now you're kind of piling these up at home. If you took them back then you're going to get that money back.”

Cambridge Consultants is eager to try out its new system; they’re just looking for a customer.

And Cambridge Consultants aren’t the only ones thinking about sustainable cups. So are the Rolling Stones.

If you see the Stones in concert this summer and go get a drink, there may be no single-use plastic cup for you.  The band and its promoter are working with Michael Martin — he’s produced a bunch of big Earth Day concerts. The Stones approached Martin and asked for help in eliminating plastic waste. He came up with a simple solution.

“When you come up to get your first beverage, you put down a $3 deposit, you get a really high-quality Rolling Stones-branded cup,” says Martin. “You use it throughout the night, and at the end of the event you can turn your cup in and get your $3 back or you can keep your cup.”

If you return the heavier plastic cup at the end of the show, it gets washed and used again. Or recycled. (At some concert venues, there will still be disposable cups available as well.) Martin, whose new company is called r.Cup, has been working with other artists, including U2, Bon Jovi, and Radiohead. 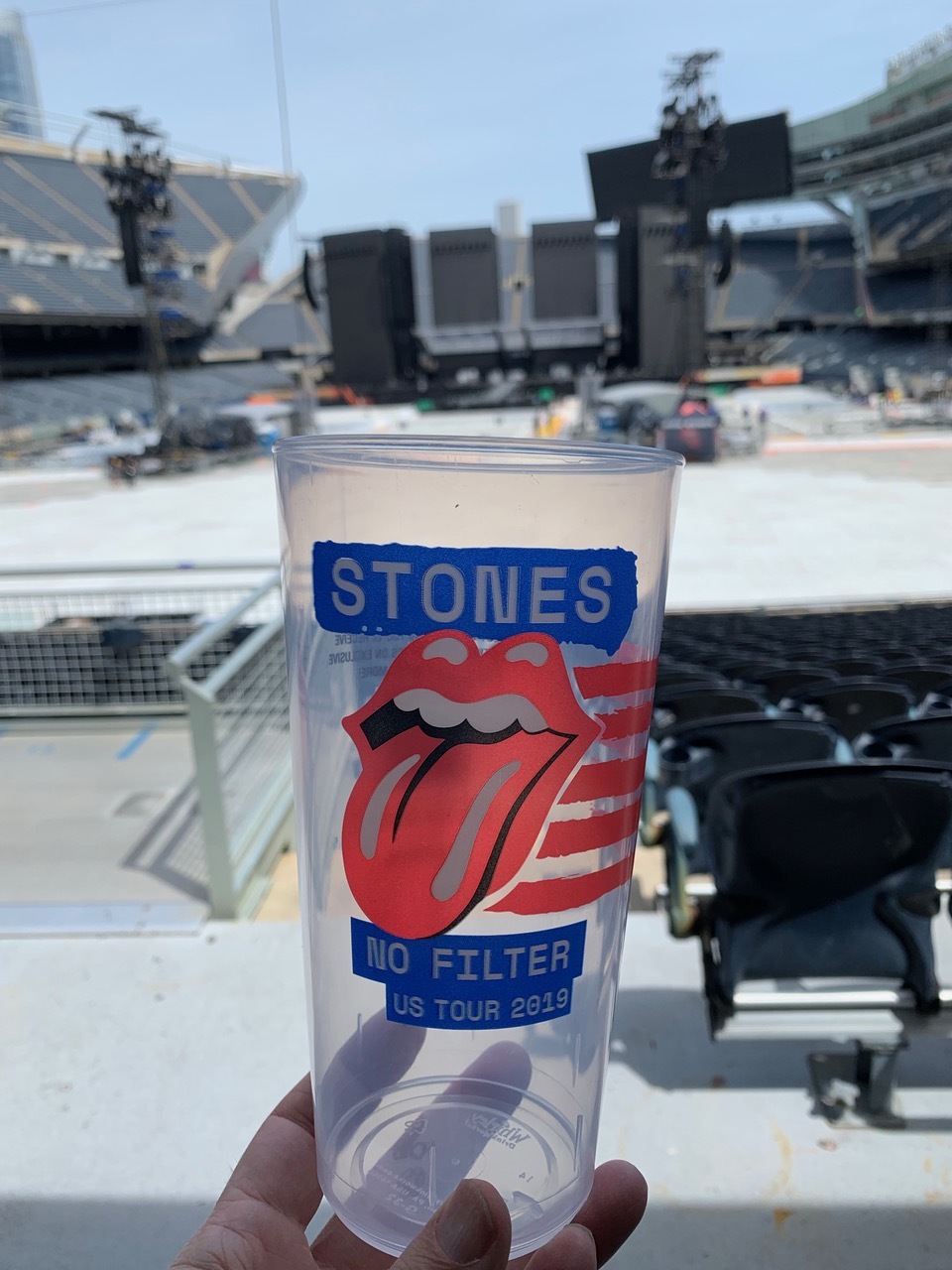 Fans of the Rolling Stones are being served drinks in reusable cups this summer. They pay a $3 deposit for the cup, then either return it at the end of the show or go home with a souvenir.

But this idea — returning and reusing a cup — this isn’t exactly rocket science. So, why is this just being tried now?

“That’s a really good question,” says Martin. “In America, we’re a throwaway society, and what’s happening is people are now seeing the ramifications of that. And so we’re hoping we’ll be able to wake people up and rejigger things.”

Throwaway cups do serve a few purposes: They’re cheap and easy, and it’s a way for vendors to keep track of sales and make sure their employees aren’t giving away free beer.

Still, Martin says we can get past that. He’d like to introduce reusable cups at sporting events, zoos, universities and festivals.

He’s starting with rock concerts because artists have a pretty powerful platform. I mean, if Mick Jagger tells his fans to stop abusing the planet, who’s going to say no to that?

Editor's note: In a previous audio version of this story, we mistakenly referred to Michael James Martin as Michael James.