The Silver Lake Chorus is based in the hip L.A. neighborhood of the same name. According to the group’s music director, Mikey Wells, it’s “a group of about twenty people — part chorus, part indie band.”

The idea was to perform covers of familiar indie rock songs. Then their friend, the songwriter and producer Ben Lee, had an idea: get indie rockers to write original songs for the chorus and put out a record. The chorus’ self-titled debut is a collection of songs by indie heavyweights such as The Flaming Lips, Ben Gibbard and Justin Vernon.

The album’s last track, “Easy to Die,” was written by Aimee Mann and Paul Bryan. It was inspired by a friend of Mann’s who died of a drug overdose. Wells and TSLC soprano Heather Ogilvy arranged the song for the chorus. “We had no insight into her songwriting process,” Wells says. “I think we found it to be a really cool challenge to be given the raw materials and say, ‘What are you gonna do?’” 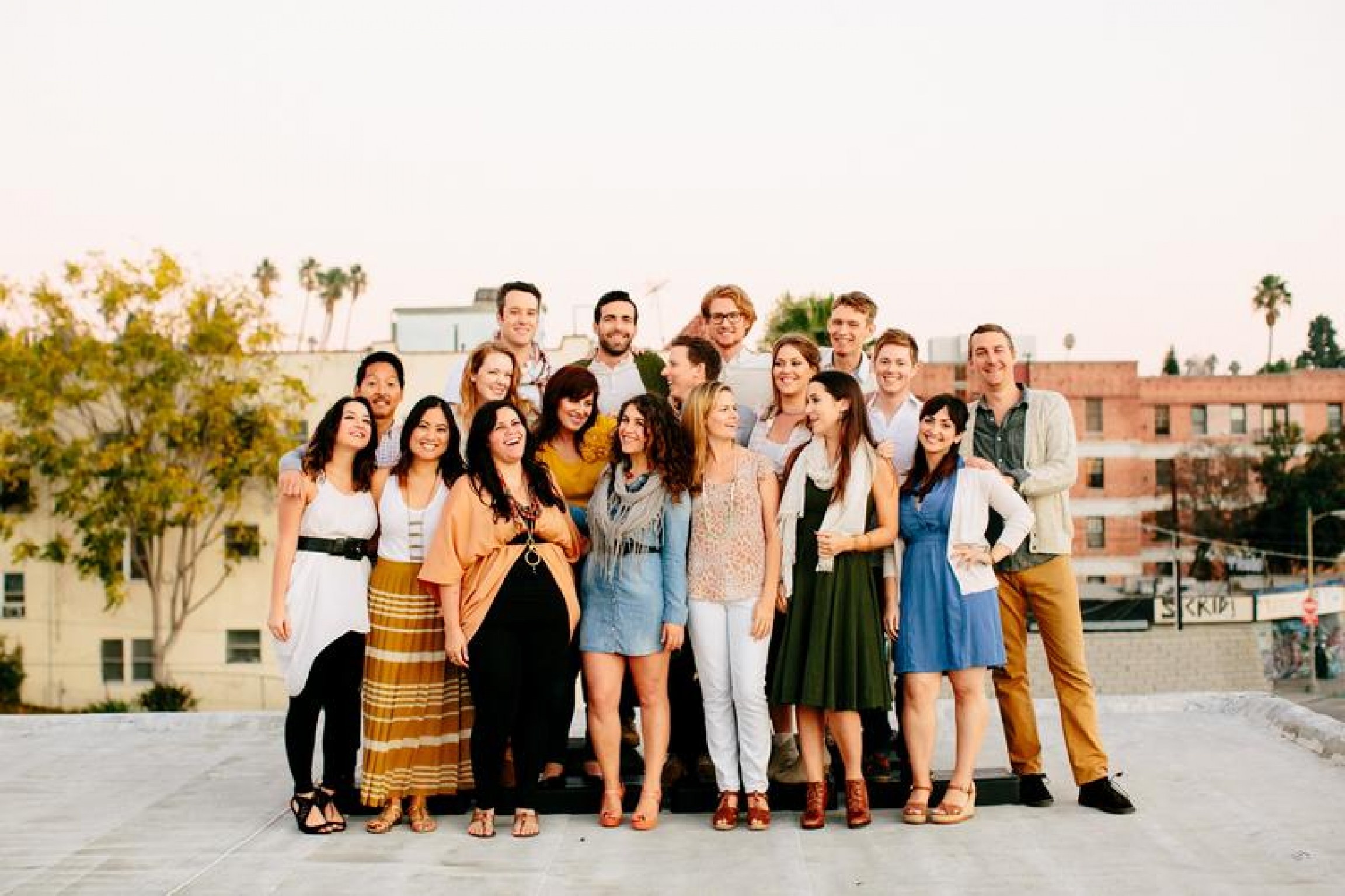 The members of The Silver Lake Chorus.

“It just sounds so beautiful right off the bat — that piano sound,” Aimee Mann says of TSLC’s rendition. Turns out, the piano was a happy accident. “My good friend who I was working with on production had this janky piano in his studio,” Wells says. “He wasn’t sure the last time it had been tuned, and we loved the sort of ragtag sound of it.”

But it wasn’t all as easy. “We tracked the whole chorus singing the whole melody and its harmony. We tracked individual people doing it. We tracked all boys. We tracked all girls — and what we ended up doing was starting with two voices, and then adding two more for the second verse, and so on and so on.” Wells builds the voices of the chorus into a round at the end. “It’s beautiful,” Paul Bryan says. “That’s a new addition that I just love.”

Mann says she’s happy with the way the chorus adapted the song. “It’s got that atmosphere of ‘I’m taking the easy way out. I’m not doing the work like these people,’” Mann says. “The drug addict doesn’t bear any of the worry about what happens to him, it’s all good times. Until it’s over.”